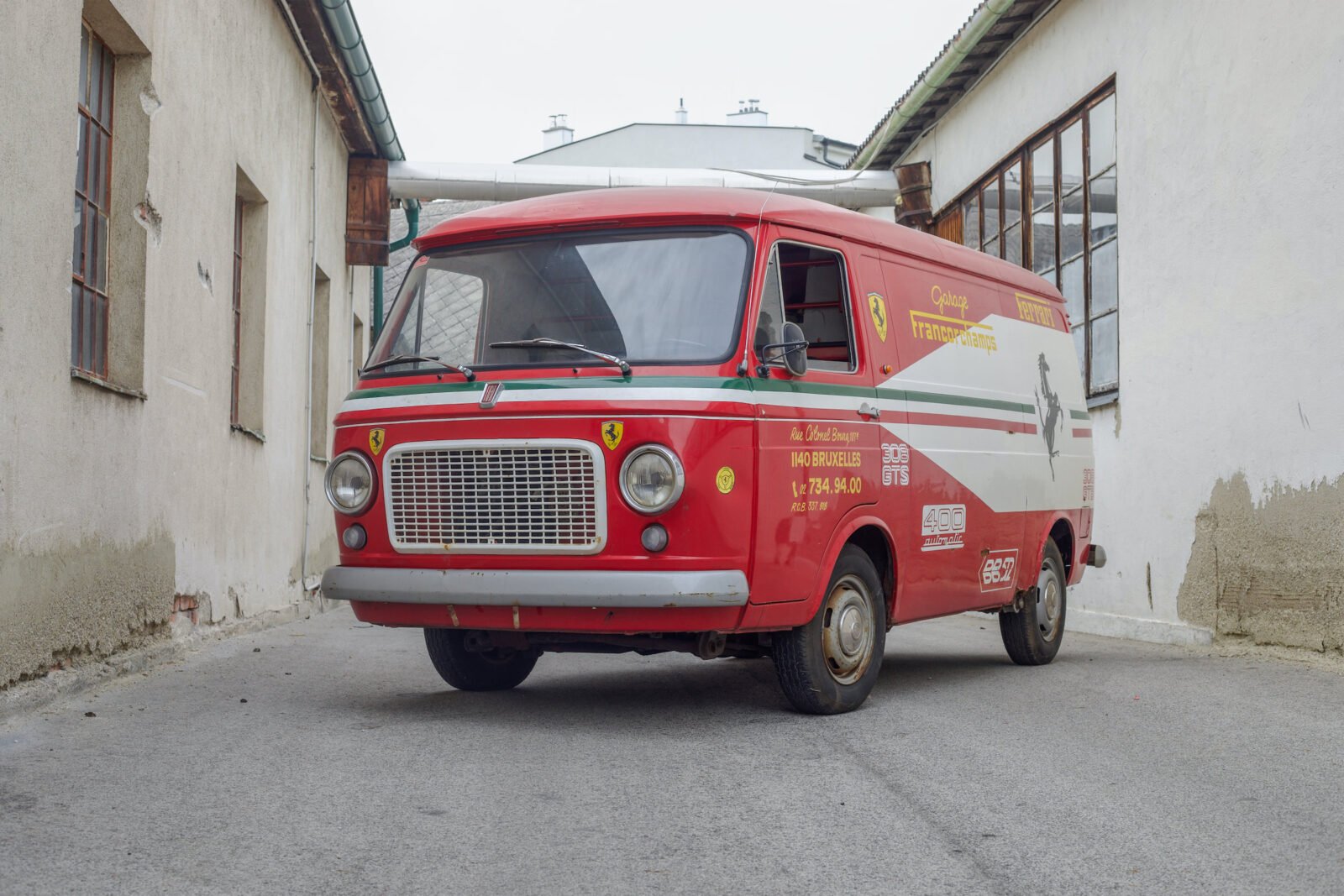 This Fiat 238 is considerably more special than any of its siblings as it was commissioned for use by Garage Francorchamps with hand-painted Ferrari decals, including Ferrari model names 308 GTS, 512 BB, and 400.

For the uninitiated, Garage Francorchamps was founded by Belgian racing driver Jacques Swaters in conjunction with his racing team Ecurie Francorchamps. Ecurie Francorchamps took part in Formula 1, Le Mans, rally, and sports car racing from the 1950s to the 1970s. Their days as a privateer Formula 1 lasted from 1952 to 1954, they made several good showings including a win at the non-Championship race at Avusrennen in 1953.

Ecurie Francorchamps are probably best known for their stream of entries at the 24 Hours of Le Mans over the years, the team took multiple podium finishes and a class win, often driving Ferraris. 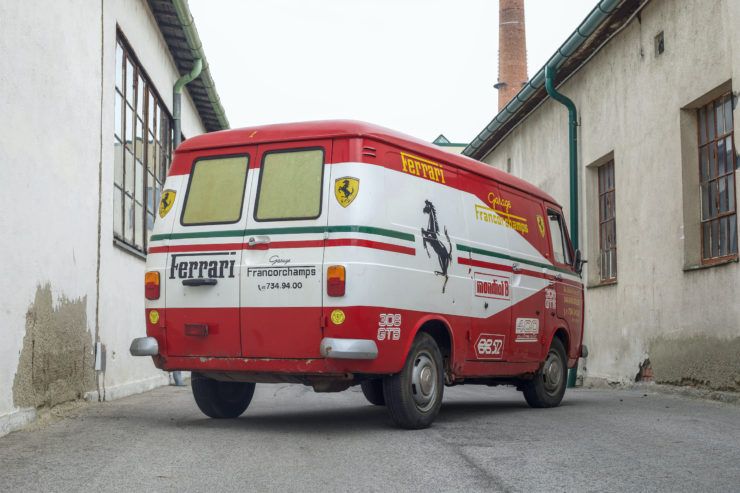 The Fiat 238 you see here is a 1973 model that was used by Garage Francorchamps in the 1970s – as you can tell by looking at the Ferrari model names painted on the side. The fact that the van has rear doors as well as side doors is ideal for a garage as it allows heavy items like engines and transmissions to be loaded directly into the middle of the van, giving the best weight distribution and avoiding having hundreds of pounds of Ferrari V12 sitting over the back wheels. 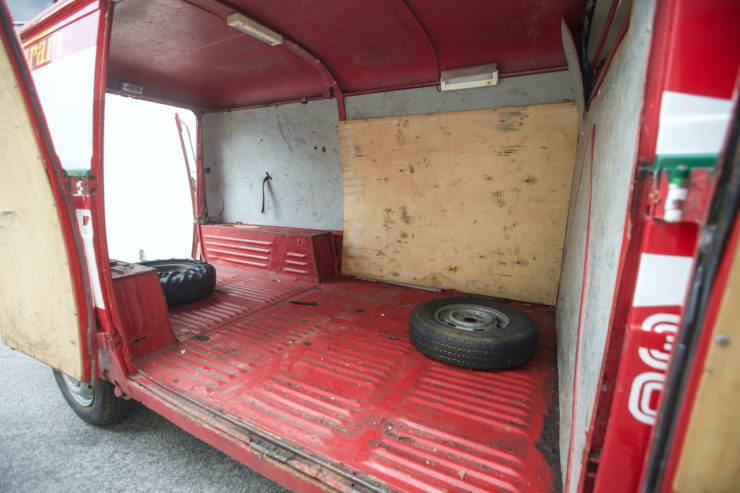 Fiat unveiled the 238 as a competitor for the likes of the Ford Transit van in 1967 and sold it in various model iterations until 1983. The 238 has a relatively light curb weight of 975 kilograms (2,150 lbs), similar to the MGB Roadster by way of a comparison. Engine choices were kept simple, the Fiat 238 could be ordered with either a 1,197cc engine producing 43 hp or a 1,438cc petrol producing 45 hp, there was also a 51 hp version but this was only available for ambulances.

The 238 was based on the Autobianchi Primula platform, it’s a front wheel drive van which means it has a low flat floor in the cargo bay. This meant that the Fiat 238 was very popular with people who wanted to convert them into motorhomes as they could maximise interior space and headroom.

The Garage Francorchamps Fiat 238 is due to cross the auction block with RM Sotheby’s in mid-July, it’s being offered with no reserve and it’ll likely prove very tempting to a number of Ferrari collectors. Due to the fact that vehicle is 100% original and unrestored it does have some rust, and the engine is currently seized, so it will need some work, however hopefully the new owner will keep it as original as possible. 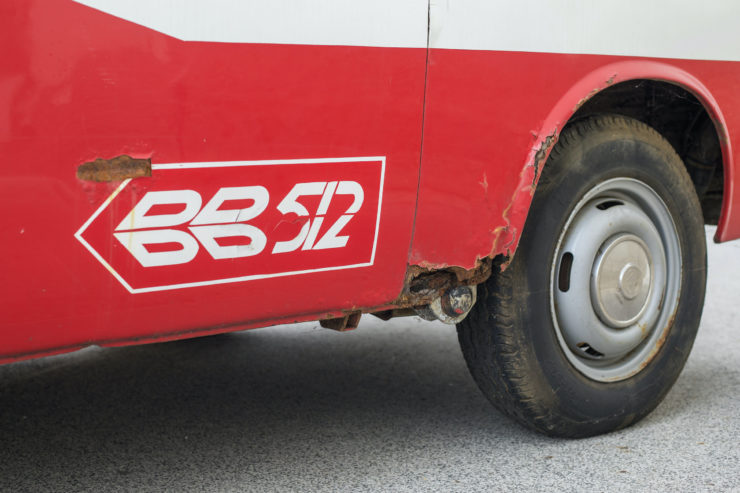 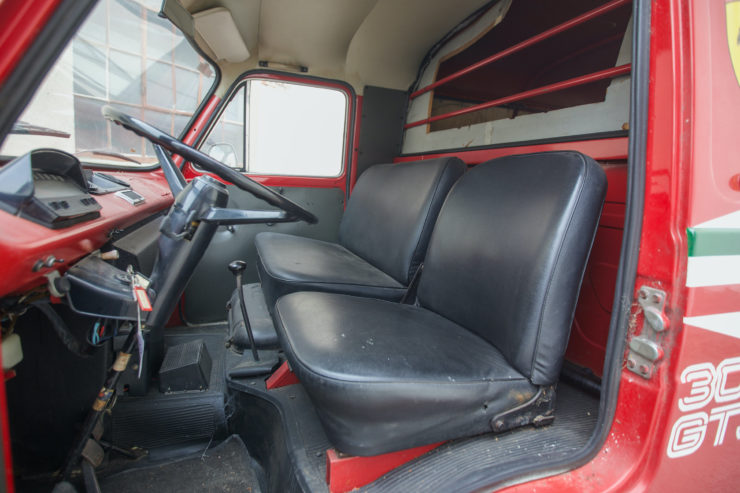 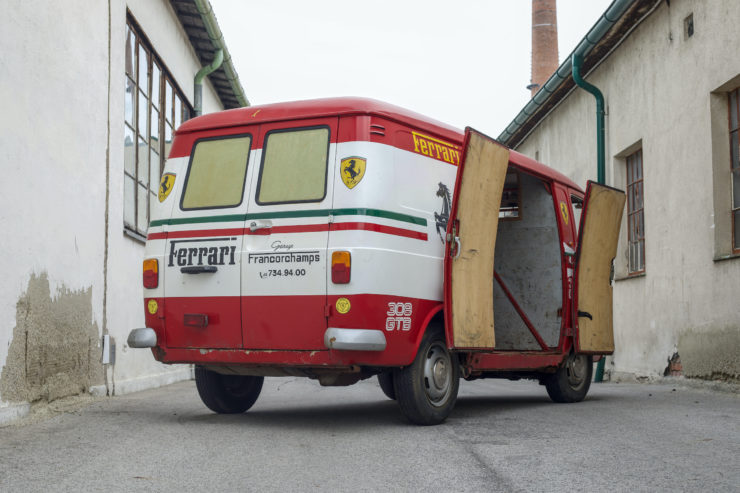 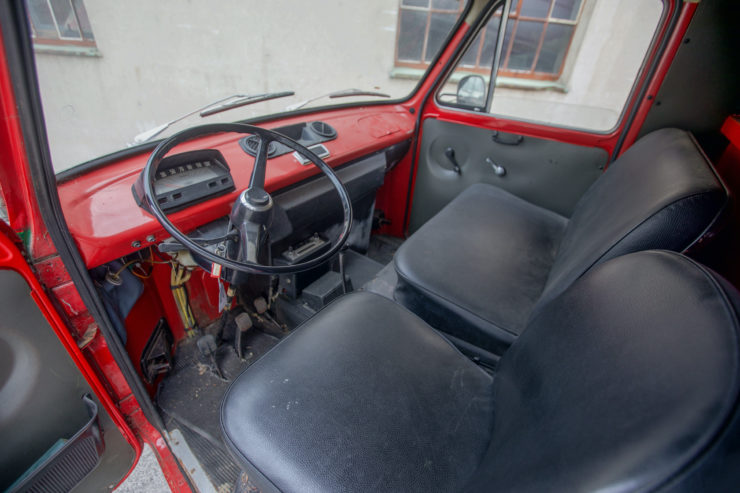 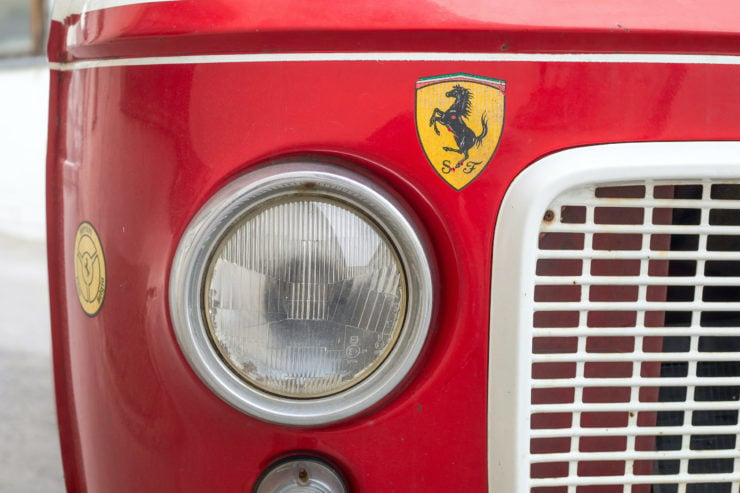 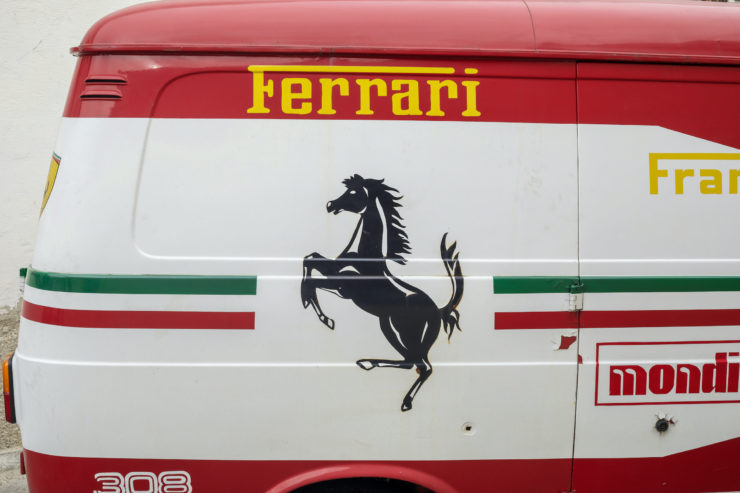 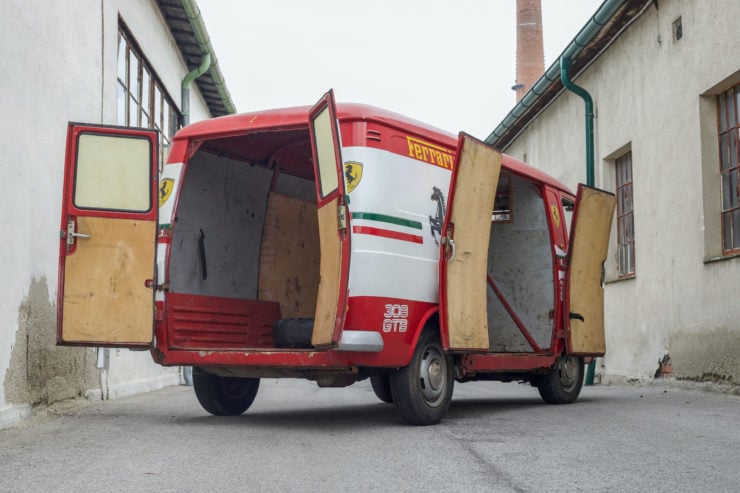 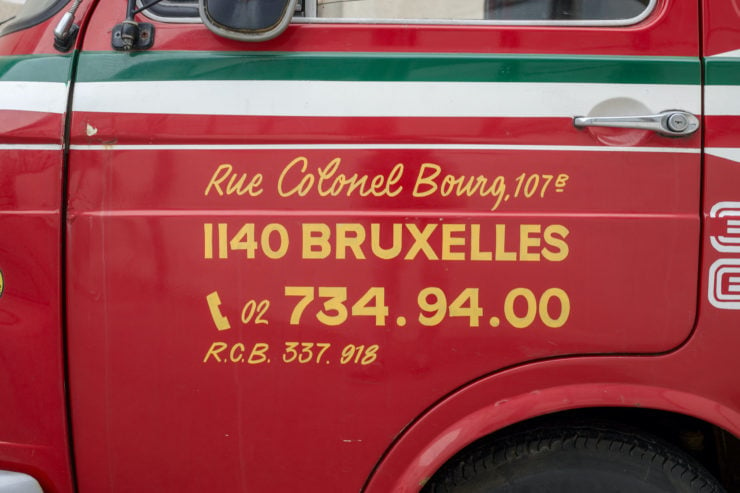 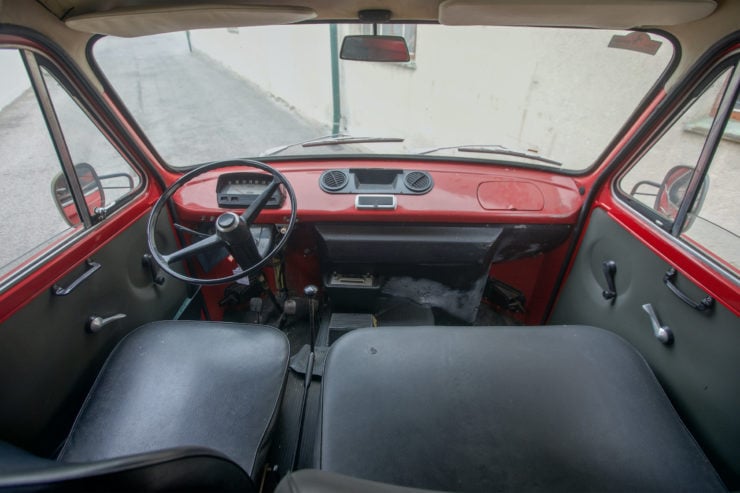 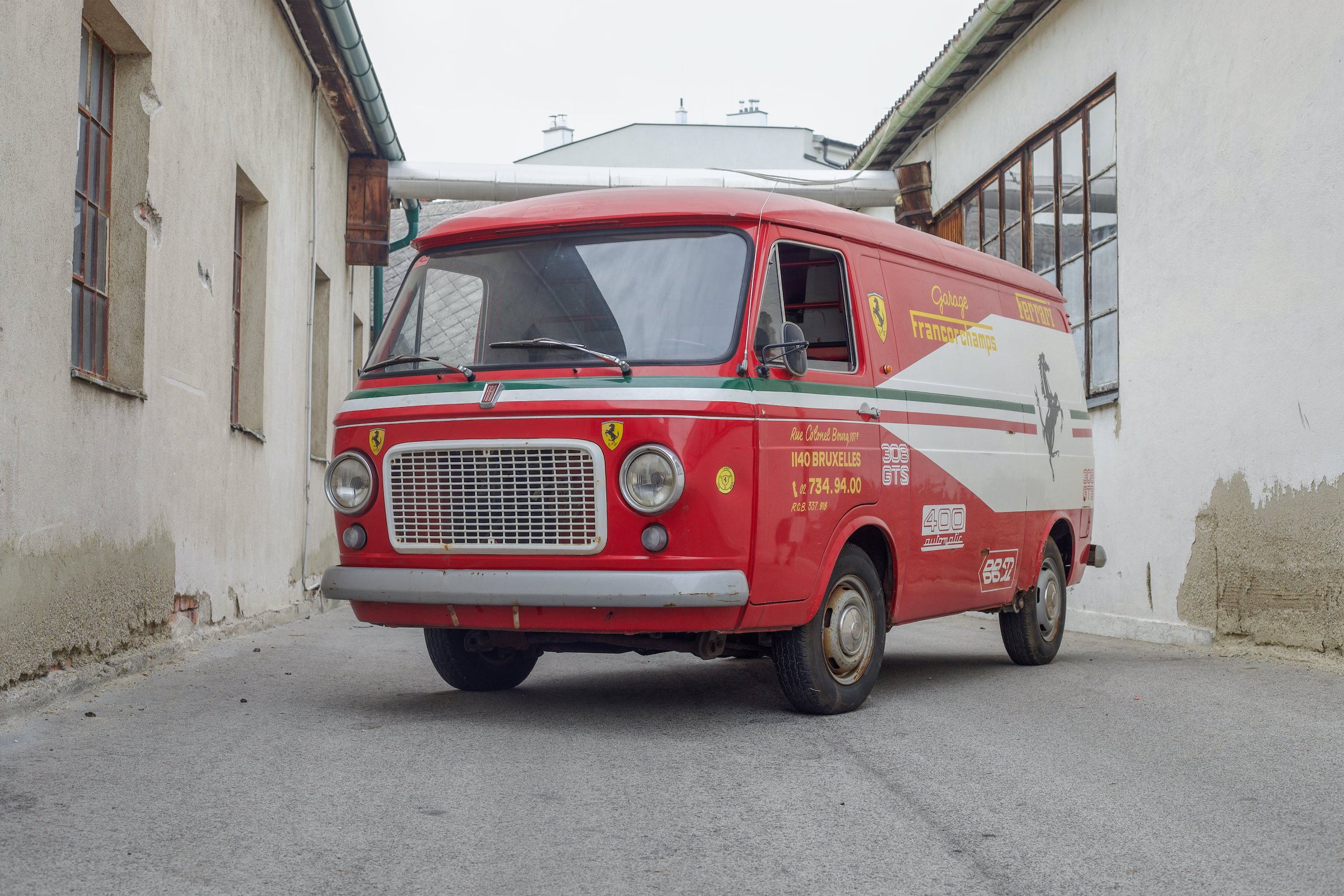