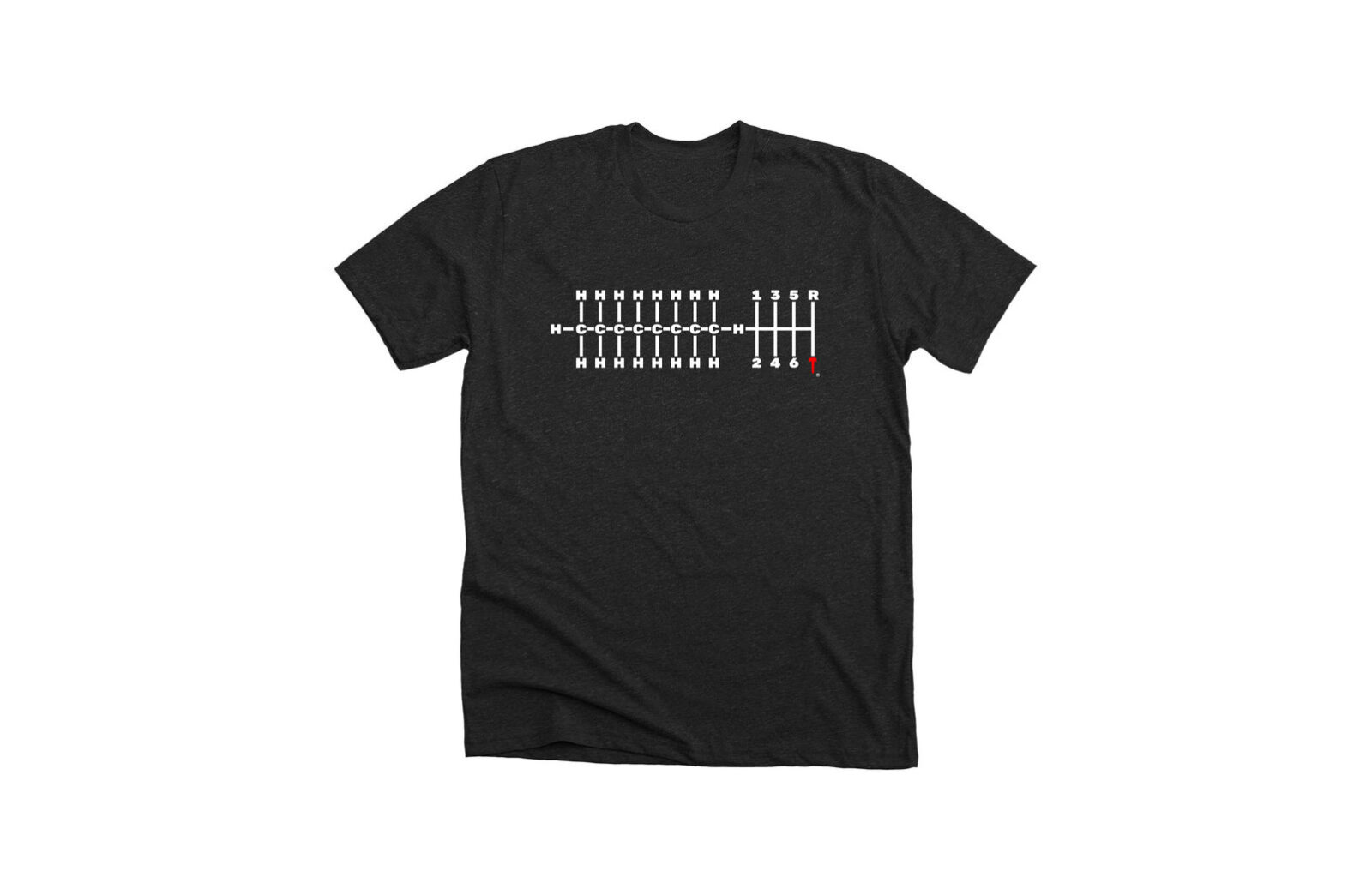 100% of all profits generated from these t-shirt sales goes directly to funding Silodrome.

Octane exists in all forms of gasoline in varying amounts, it gets its name from the fact that it has 8 carbon atoms all joined together – in Latin the number 8 is pronounced “octo”.

One of octane’s isomers is n-octane, which is typically drawn in diagrams as it’s displayed on this t-shirt – as 8 carbon atoms each either 2 or 3 hydrogen atoms attached in a ladder-like pattern– C8H18.

This structure has always reminded me of a manual shift pattern. So in this design we combined an n-octane molecule with a common 6-speed shift pattern (as used on the Dodge Challenger SRT Hellcat) and we added an extra gear marked by the Silodrome Piston/Blade icon.

The most common form of octane found in fuel is 2,2,4-trimethylpentane, commonly referred to as iso-octane, and it’s used as one of the standard values in the octane rating scale.

Octane is often though of as a measurement of power, but it’s actually a measurement of how resistant the fuel is to detonation. The more resistant the fuel is to detonation the higher your compression ratio can be and the more power you can produce. This is a somewhat simplified explanation of course, and further reading is recommended if you’d like to dig into the subject and learn more. 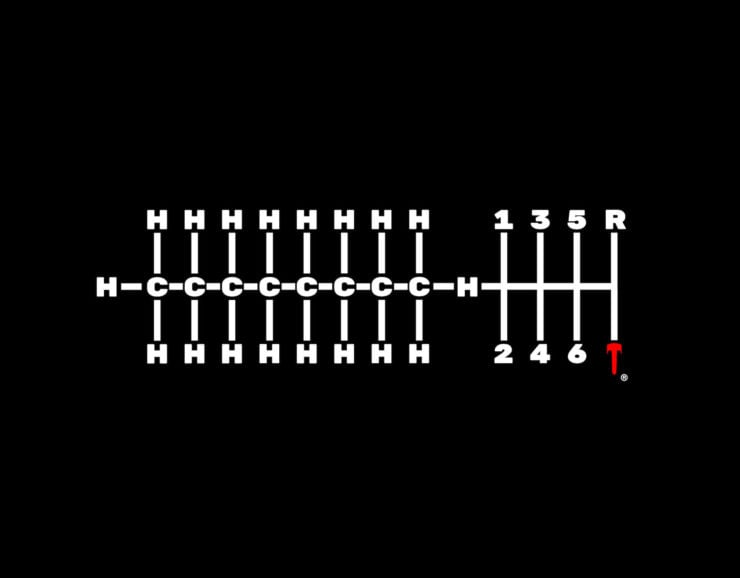 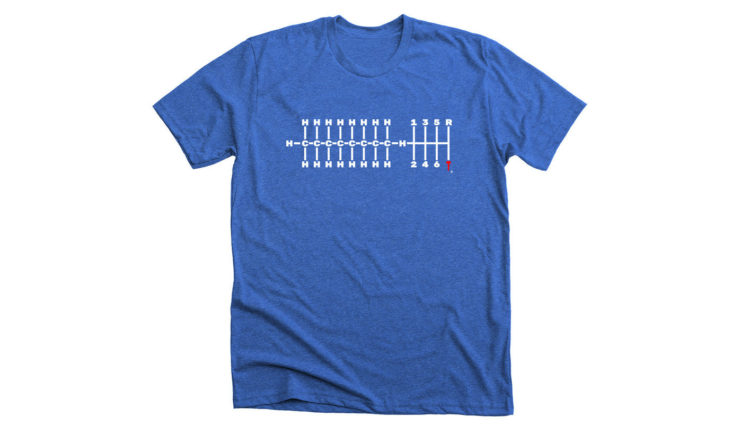