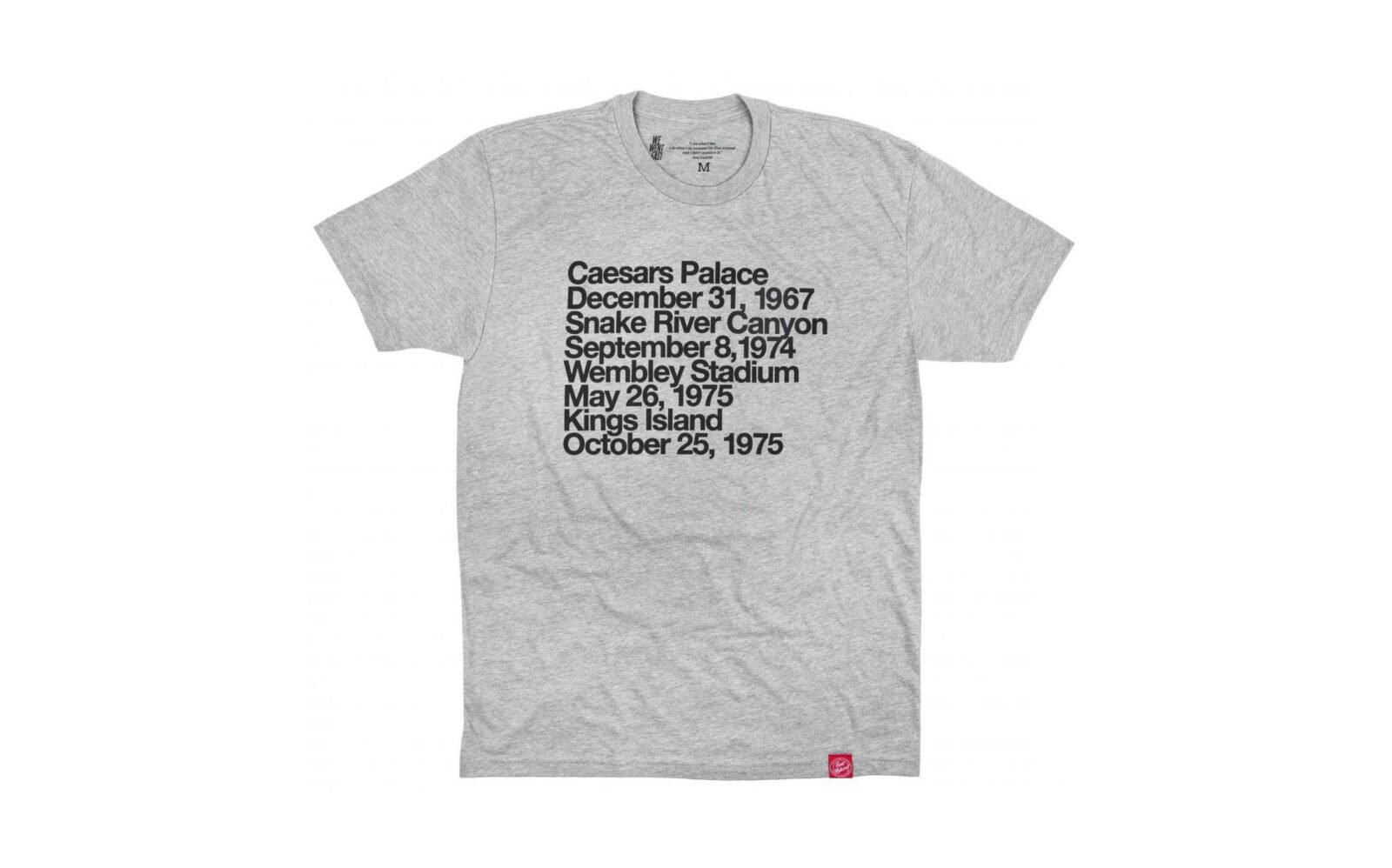 Evel’s Exploits is one of the most popular tees sold by the team over at We Went Fast, it’s officially licensed from the managers of the Evel Knievel estate, and it includes the dates and places of Evel Knievel’s highlight reel of famous jumps.

The Caesar’s Palace jump very nearly killed Evel, he crashed hard on landing and suffered a crushed pelvis and femur, a fractured hip, wrist, he broke both ankles and he had a severe concussion. Amazingly once he healed up he got right back to it, he was still jumping motorcycles almost 10 years later.

This is the kind of tee that’s guaranteed to start conversations with like minded folks when you’re out, it’s printed on a Next Level Apparel brand 60% combed ring-spun cotton 40% poly with a water-based ink.

The inside tag is hidden when the shirt is on, it reads: “I did what I did, I do what I do because I’m Evel Knievel and I don’t question it.” – Evel Knievel

We Went Fast have a handy sizing chart on their website, sizing ranges from XS to 4XL, and it’s offered in heather grey with a red hem tag, dark grey font, and a crew neck. 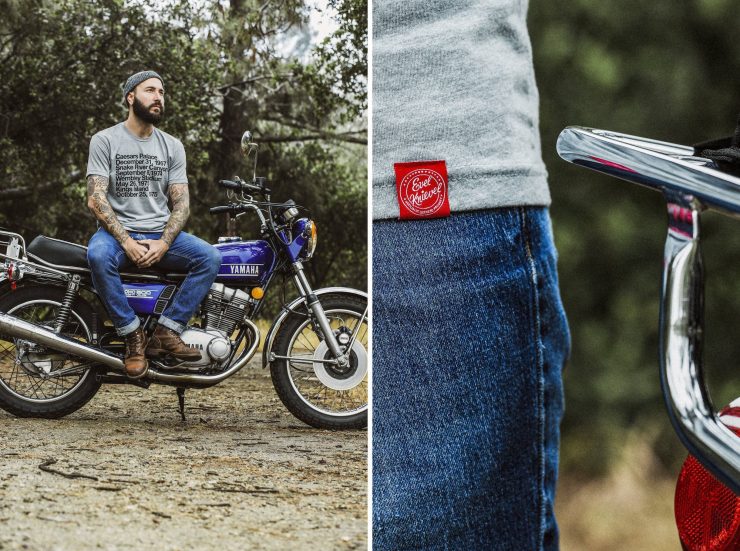 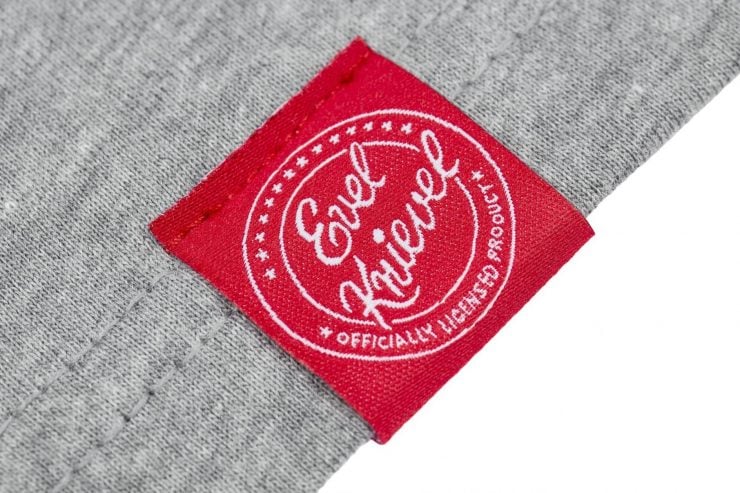 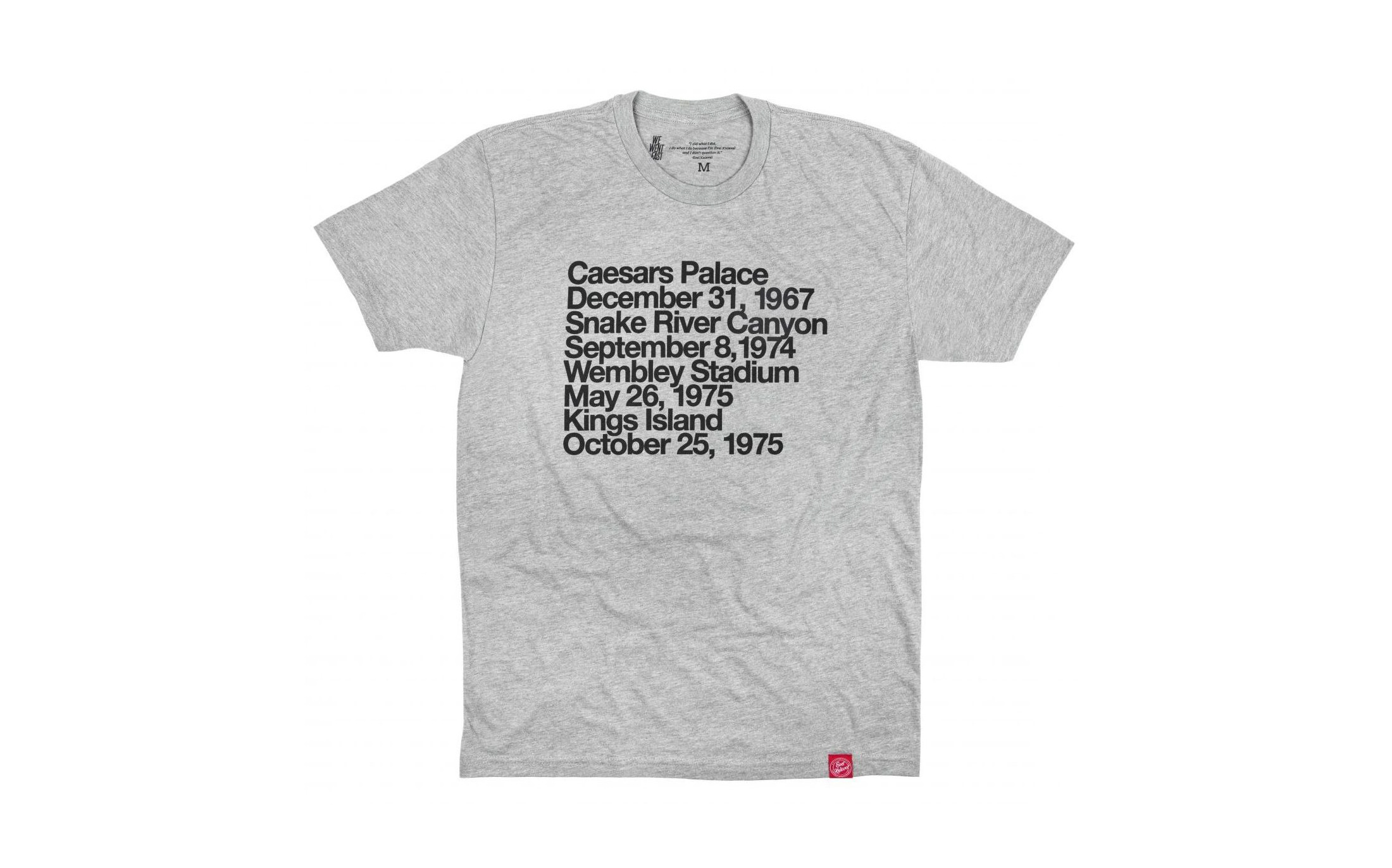