The 1965 running of the 24 Hours Of Le Mans saw a battle of the ages running between Ford and Ferrari, but further down the field there were equally hard fought dogfights between teams running far less powerful cars.

The specially prepared Triumph Spitfires with their aerodynamic bodywork and comprehensively modified engines were set to battle in one of the smallest class at Le Mans – the GT 1.15 class. Whereas the Ford GT40s were fitted with monstrous 7 litre V8s, the Triumphs were powered by 1147cc inline-4 cylinder engines with overhead valves.

The primary opponent of the Spitfires would be the French team running a series of highly-competitive Alpine A110s.

As is often the case with endurance racing, reliability problems began to take their toll as the race went on, all six Alpines fell by the wayside leaving a clean run to the chequered flag for a class win for the Brits.

Two of the four Spitfire wouldn’t make it, the two survivors took first and second in class – 13th and 14th overall. Of the 55 cars that entered the race, just 14 would see the finish line.

The production version of the Triumph Spitfire remains a very popular vintage motor car today, they’re affordable and cheap to maintain, and they have styling that was far ahead of most of the competition. 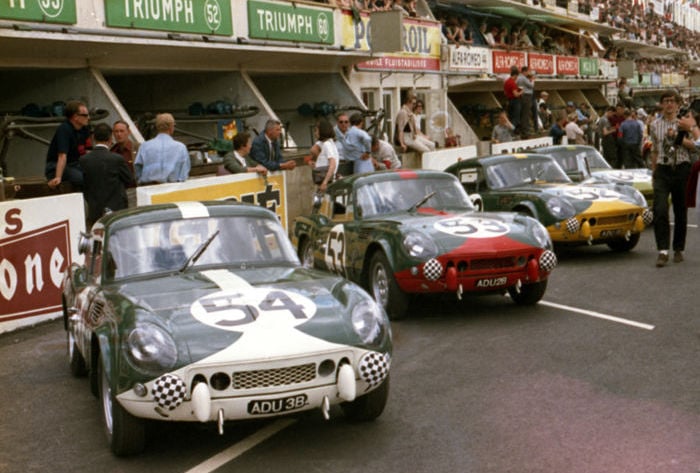