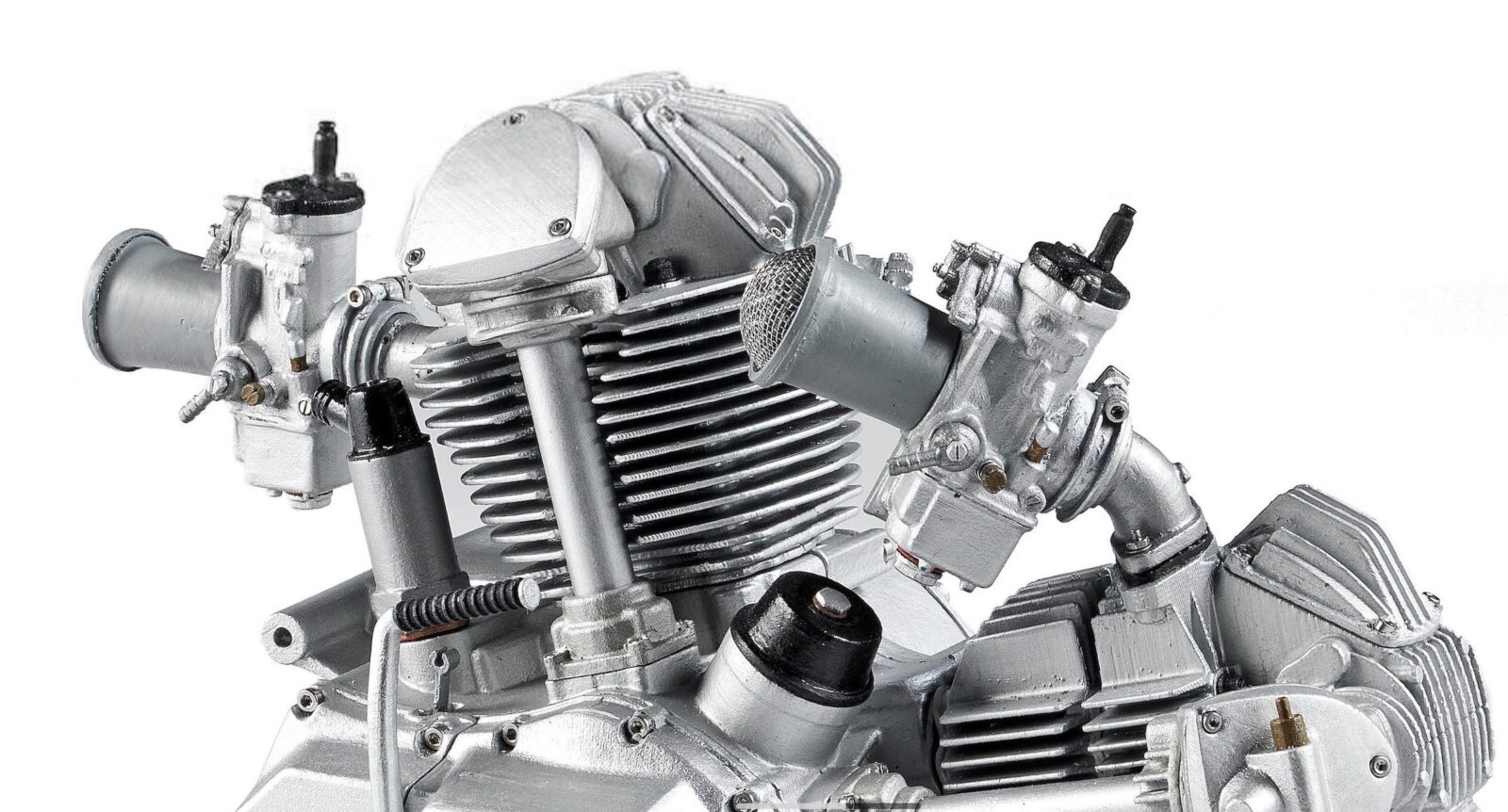 This Ducati square case model engine is exact down to the smallest detail, it’s not made from a commercially available kit, each of the over 200 components was cast from patterns drawn from the original factory parts from a full scale engine.

The model features stainless steel fixings throughout to add to the realism, and the carburettor bell mouths have steel gauze covers just like the original. The model measures in at 320mm x 220mm x 270mm (12.5″ x 8″ x 10″) and it comes with a mounting boss and a wooden plinth. Each is hand-finished and offers excellent detail throughout, looking so much like the real thing you could be forgiven for trying to start it. 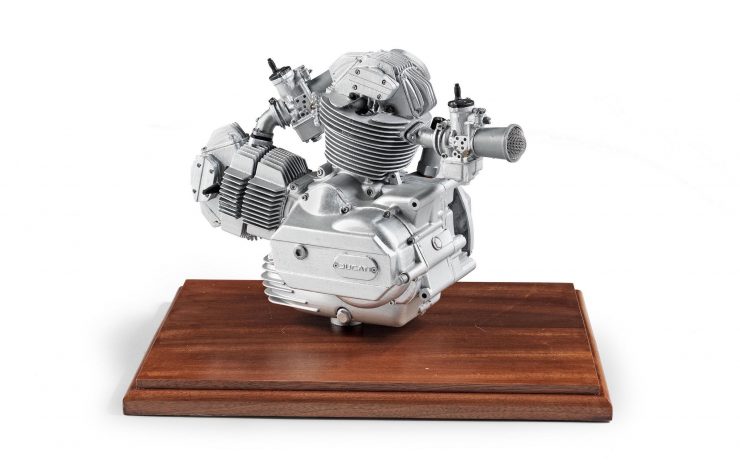 Although Ducati started out making small capacity single-cylinder motorcycles they became famous in the 1970s for their Fabio Taglioni-designed L-twins. An L-twin is essentially just a V-twin built by Ducati with a 90º angle between the cylinders, it’s thought they chose the name for two reasons, firstly that an “L” has the same shape as the side profile of the engine, and secondly it was to differentiate themselves from American motorcycle manufacturers who had made the V-twin their own.

L-twins are still used in many modern Ducati motorcycles, obviously they’ve been considerably upgraded over the intervening decades but their character still remains, and it’s much loved by the Ducatisti around the world.

This model is due to be auctioned by Bonhams on the 27th of April, all proceeds will go to The Joan Seeley Pain Relief Memorial Trust and the estimated hammer price is between £350 and £450. If you’d like to read more about it or register to bid you can click here to visit the listing. 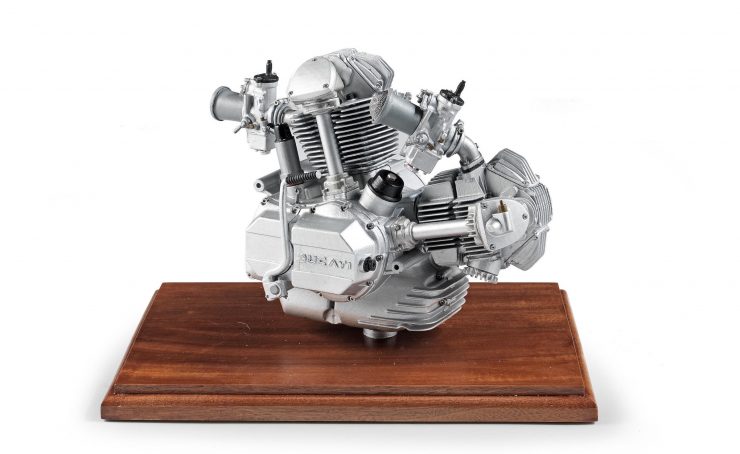 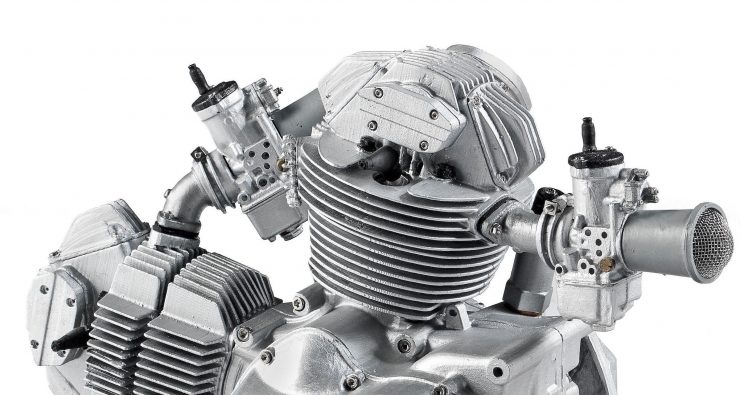 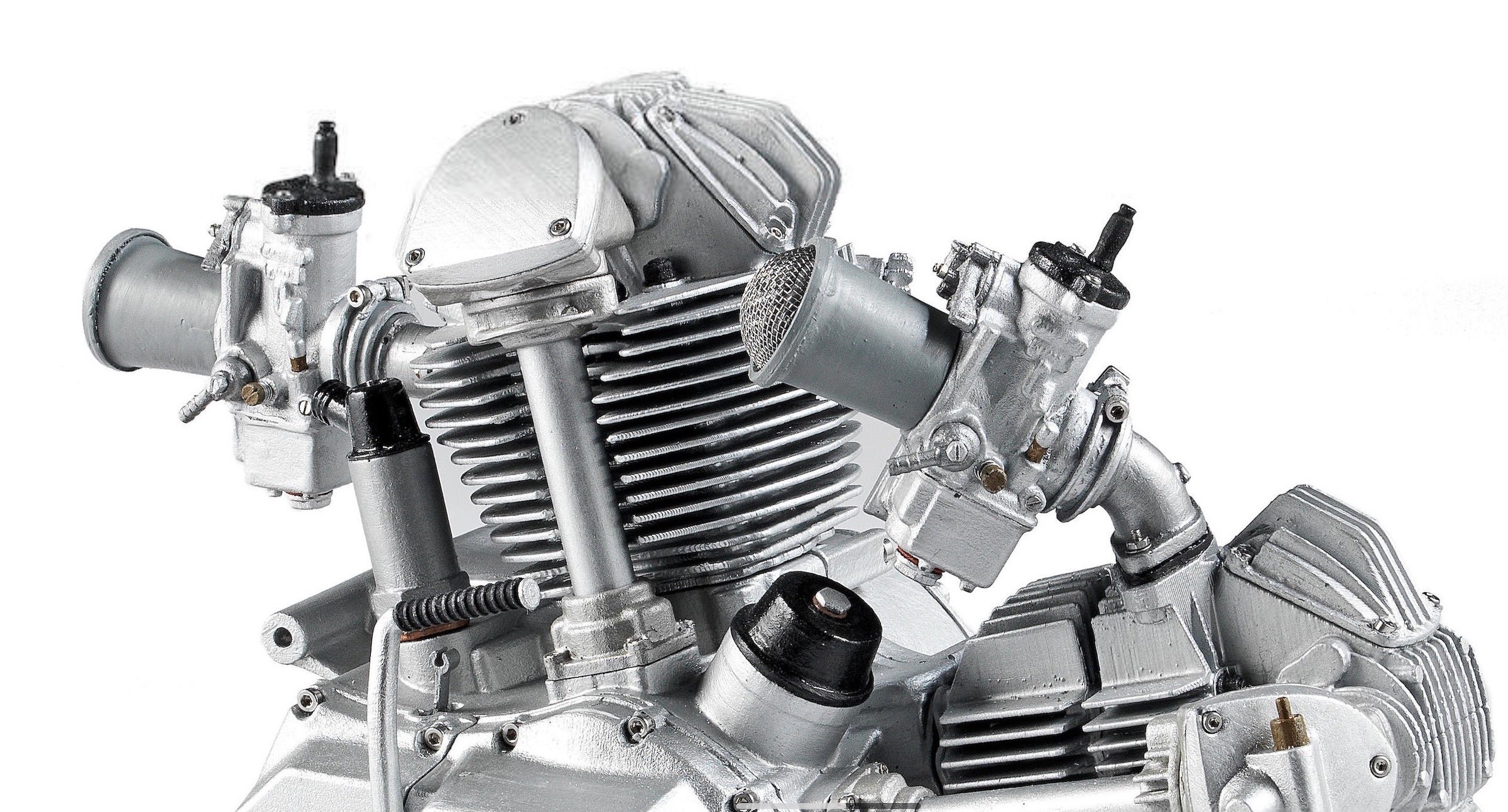