The Redverz Motorcycle Expedition Tent is now in its third iteration, each generation of the tent has been slightly improved and the new Series III version (named Atacama) is no exception. The standout feature of the Redverz Tent is the inclusion of a large motorcycle bay designed to accommodate a full-size expedition bike along the lines of the BMW R1200GS (including panniers), this motorcycle bay offers full standing headroom for most adults this side of NBA players and also comes with a detachable ground sheet which allows it to fit up to 5 adults.

As the tent is specifically designed for motorcyclists the packed-away size was extremely important, Redverz has managed to get it down to 21″ long by 9″ around and 13lbs 6oz in weight – which is favourably comparable with other similarly sized tents that don’t offer a dedicated motorcycle bay. As with other tents in this size range, the Motorcycle Expedition Tent offers full mosquito-proof screens, a compression bag for carrying, a waterproof, built-in ground sheet for the main sleeping compartment as well as all guy-ropes and pegs required to erect it.

Last time we featured the Redverz Tent it was exceedingly popular and since then I’ve encountered a number of them on camp sites and road trips, perhaps the most important new feature on the Series III version of the tent is that removable floor for the motorcycle bay – giving you the option of fitting the whole family when you aren’t travelling with your motorcycle. 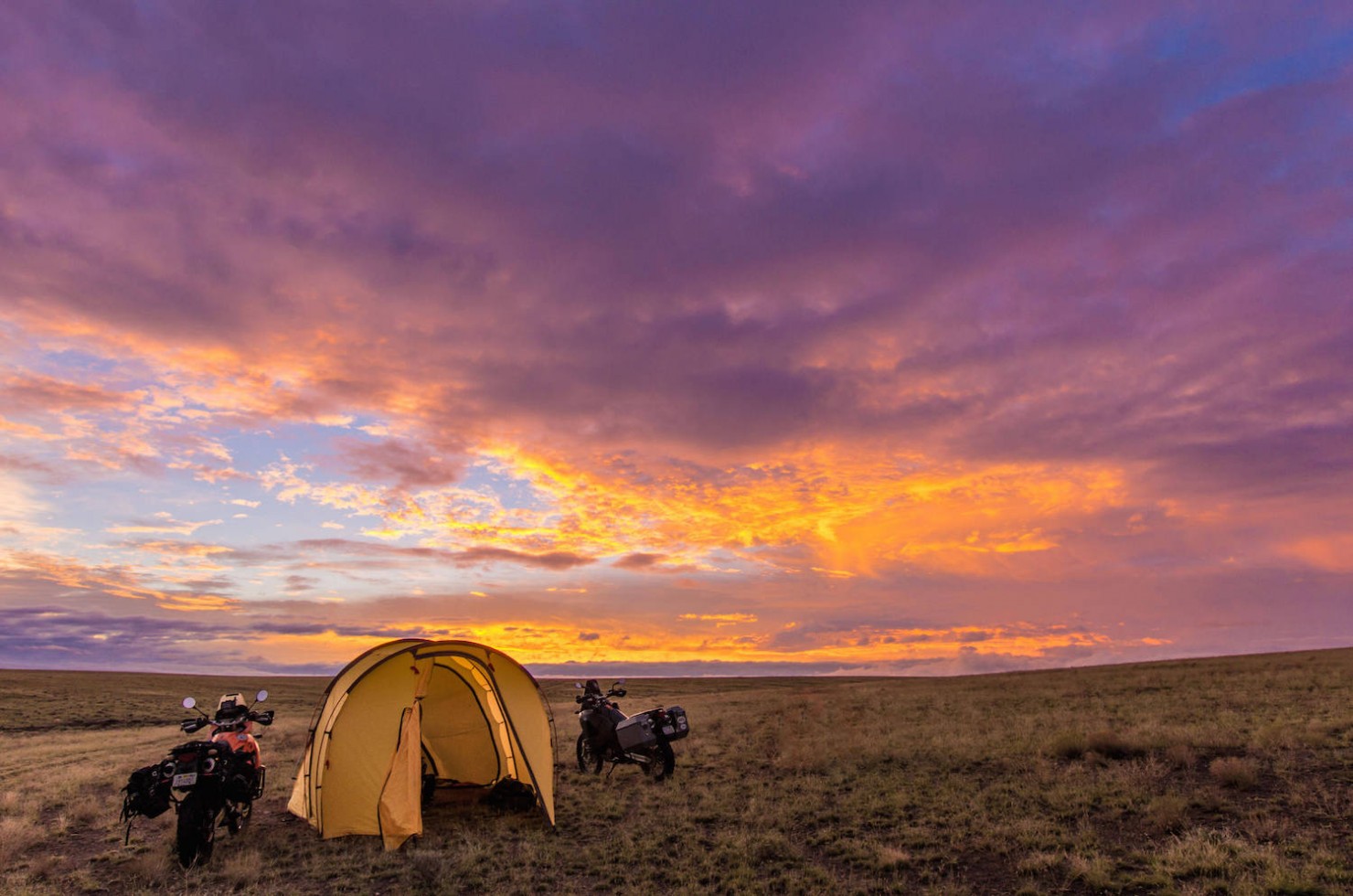 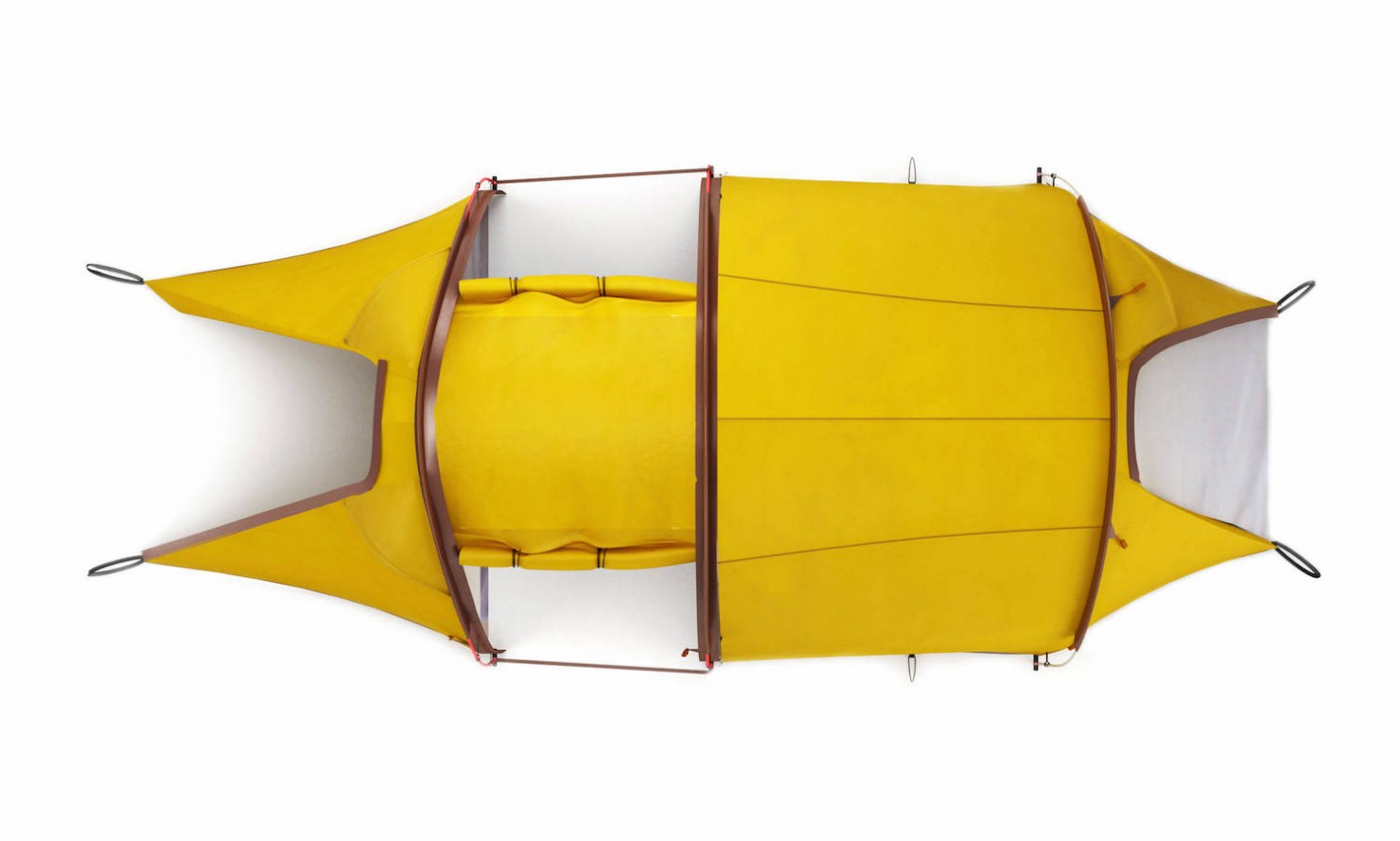 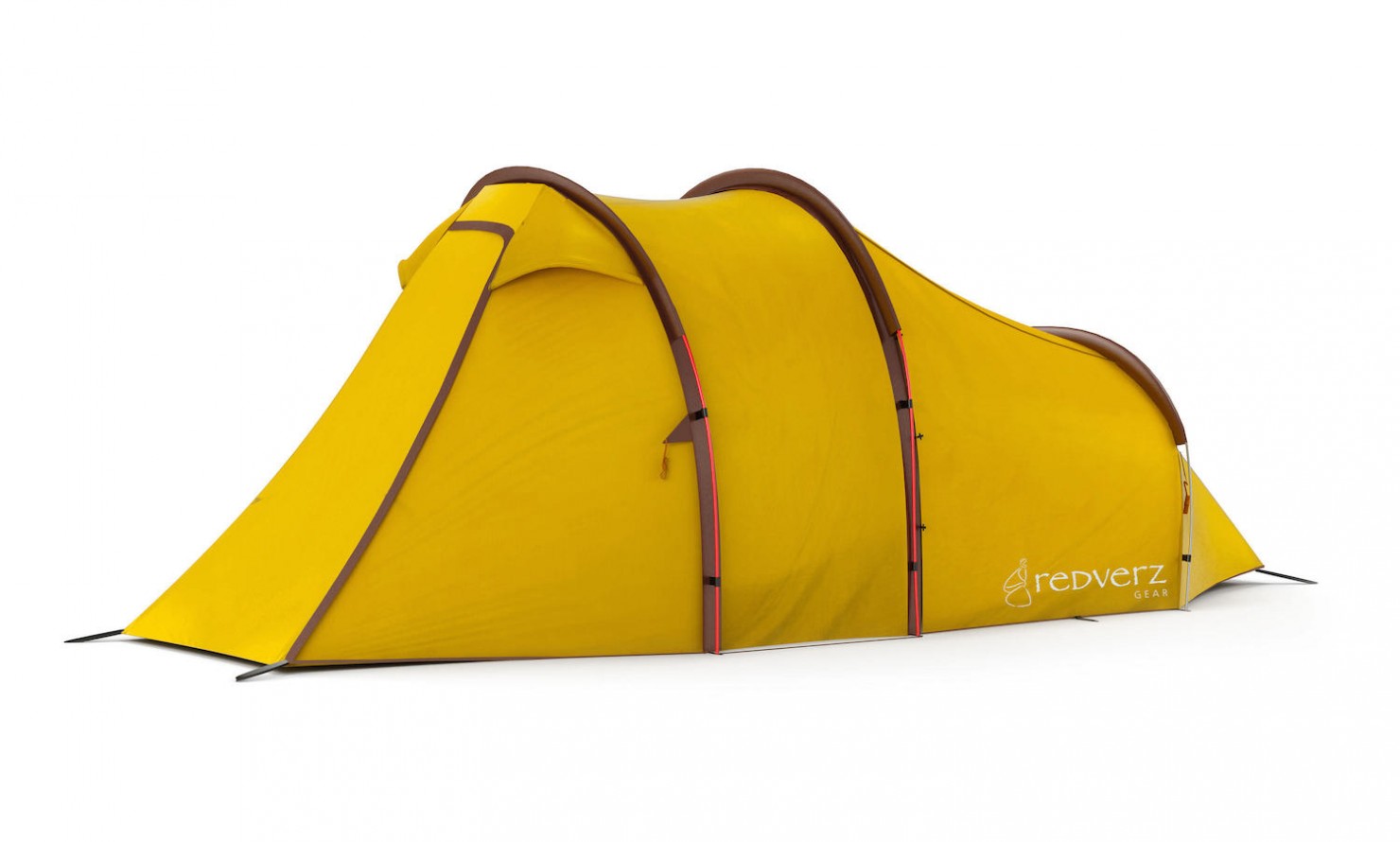 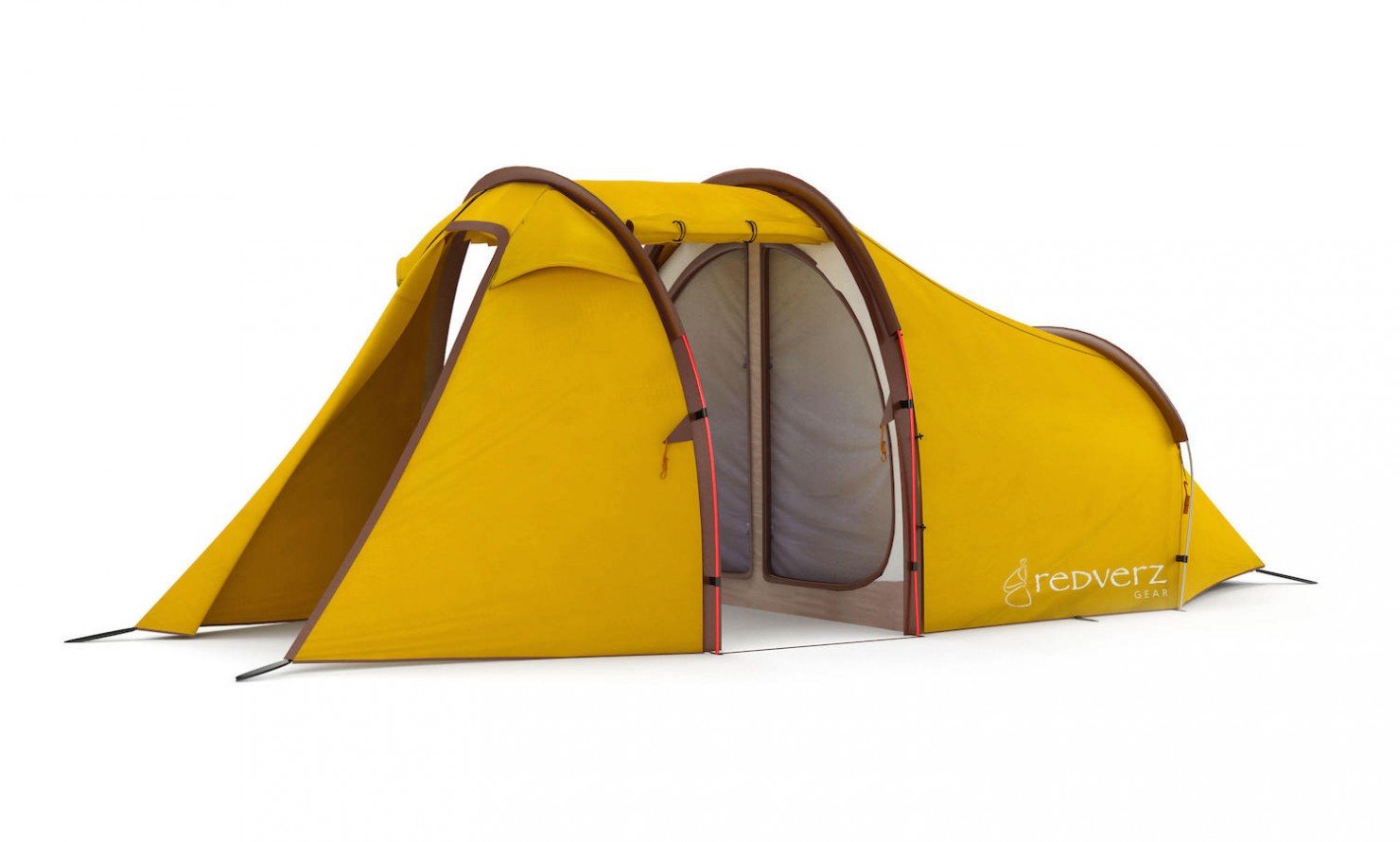 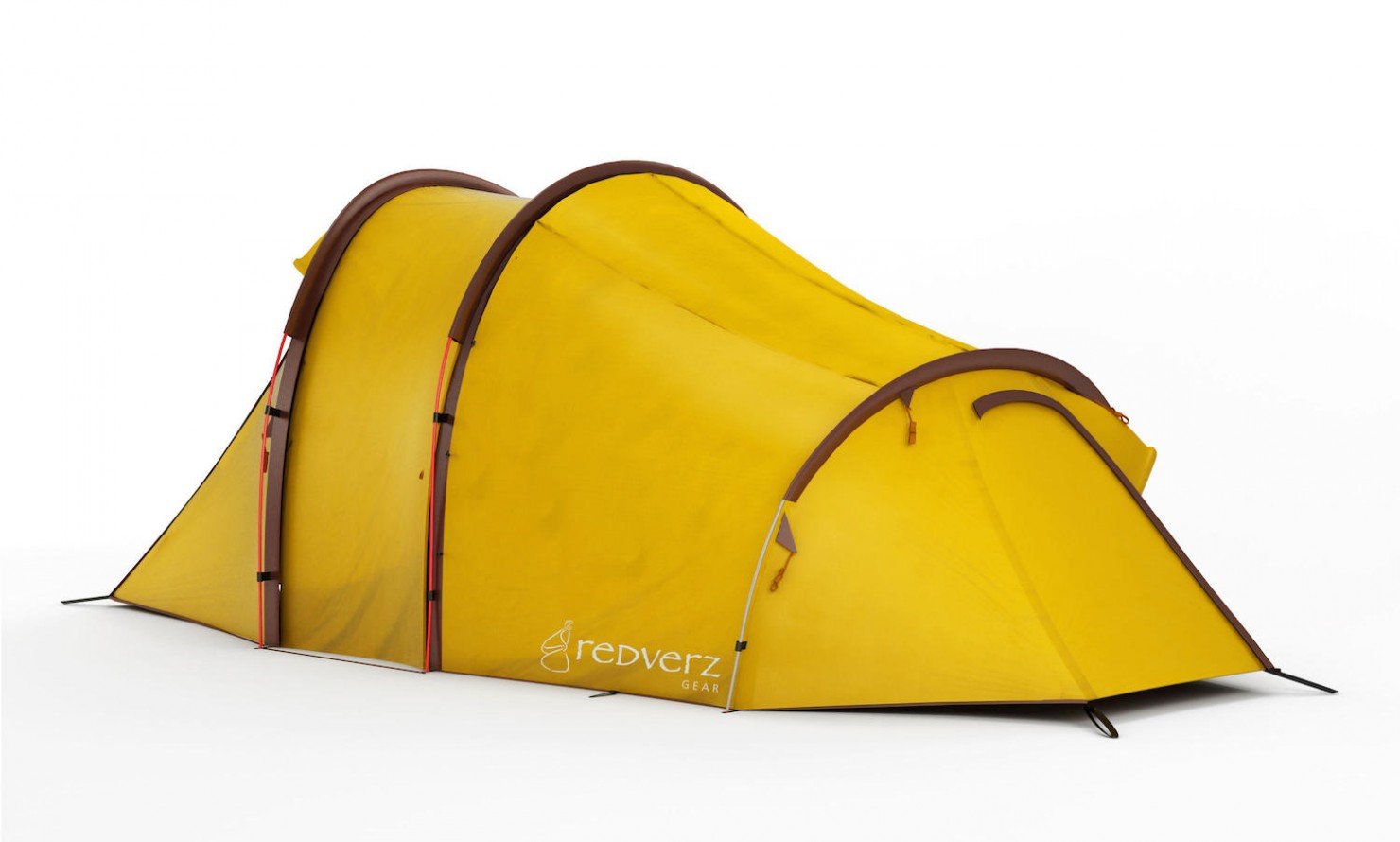 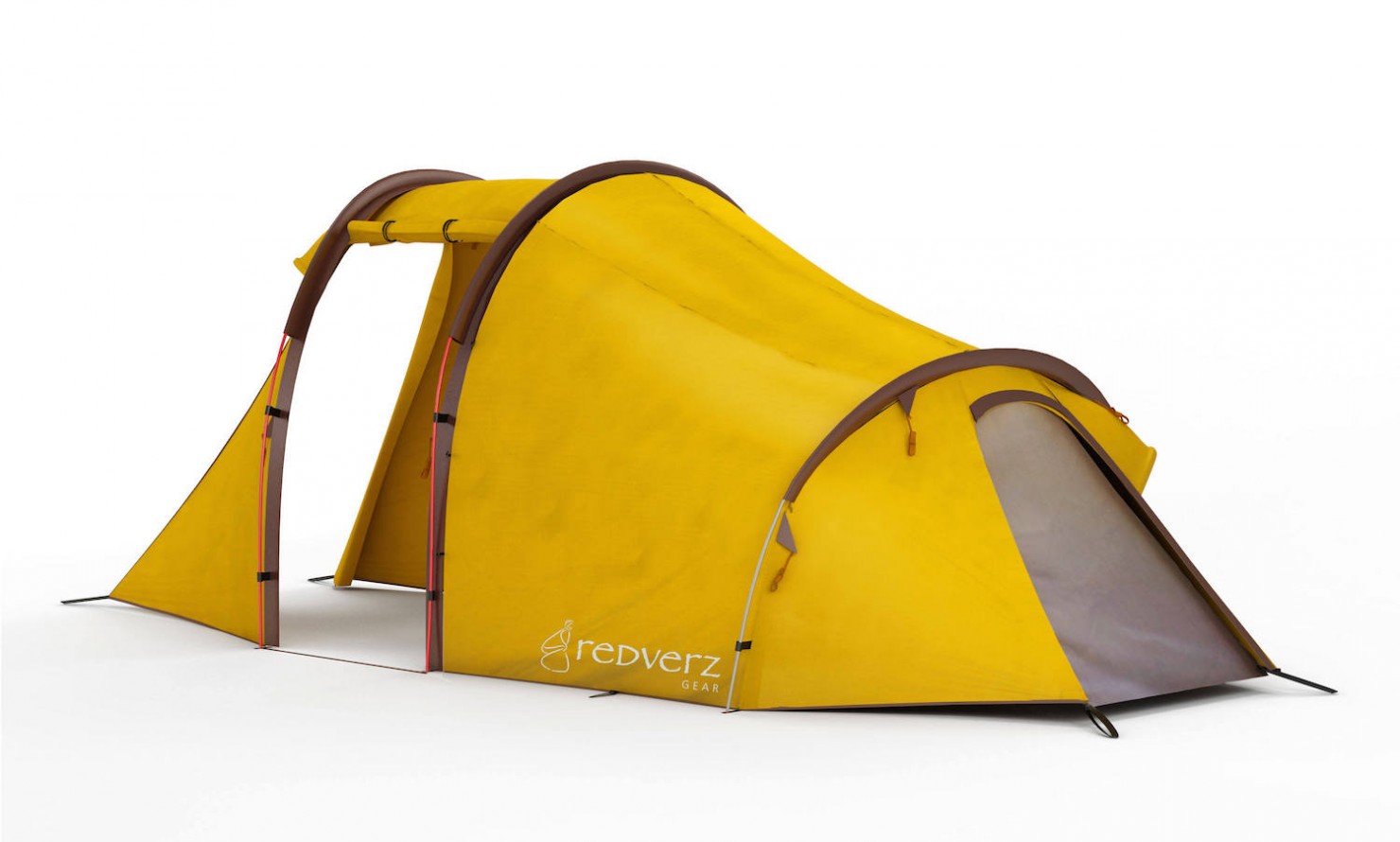 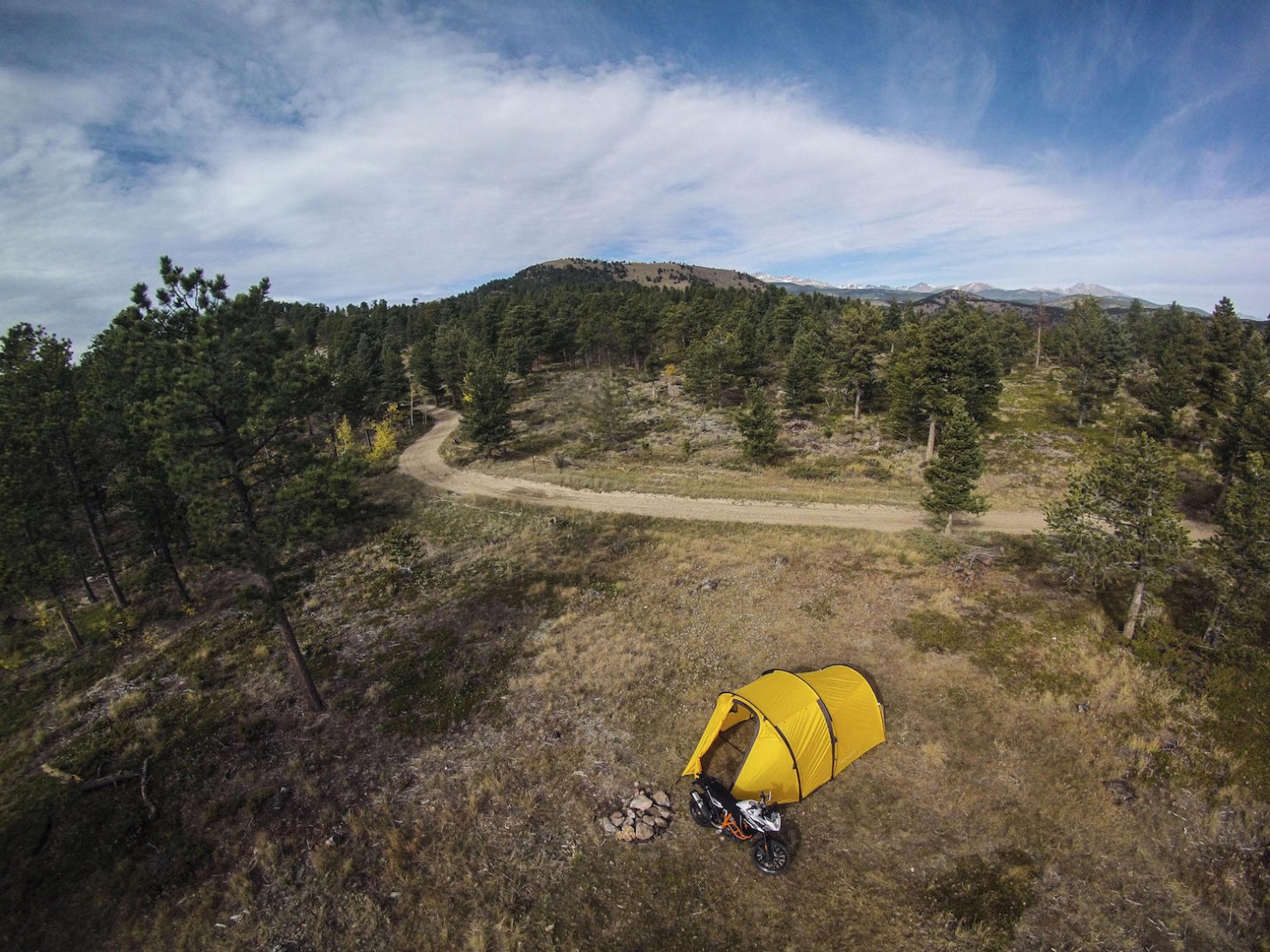 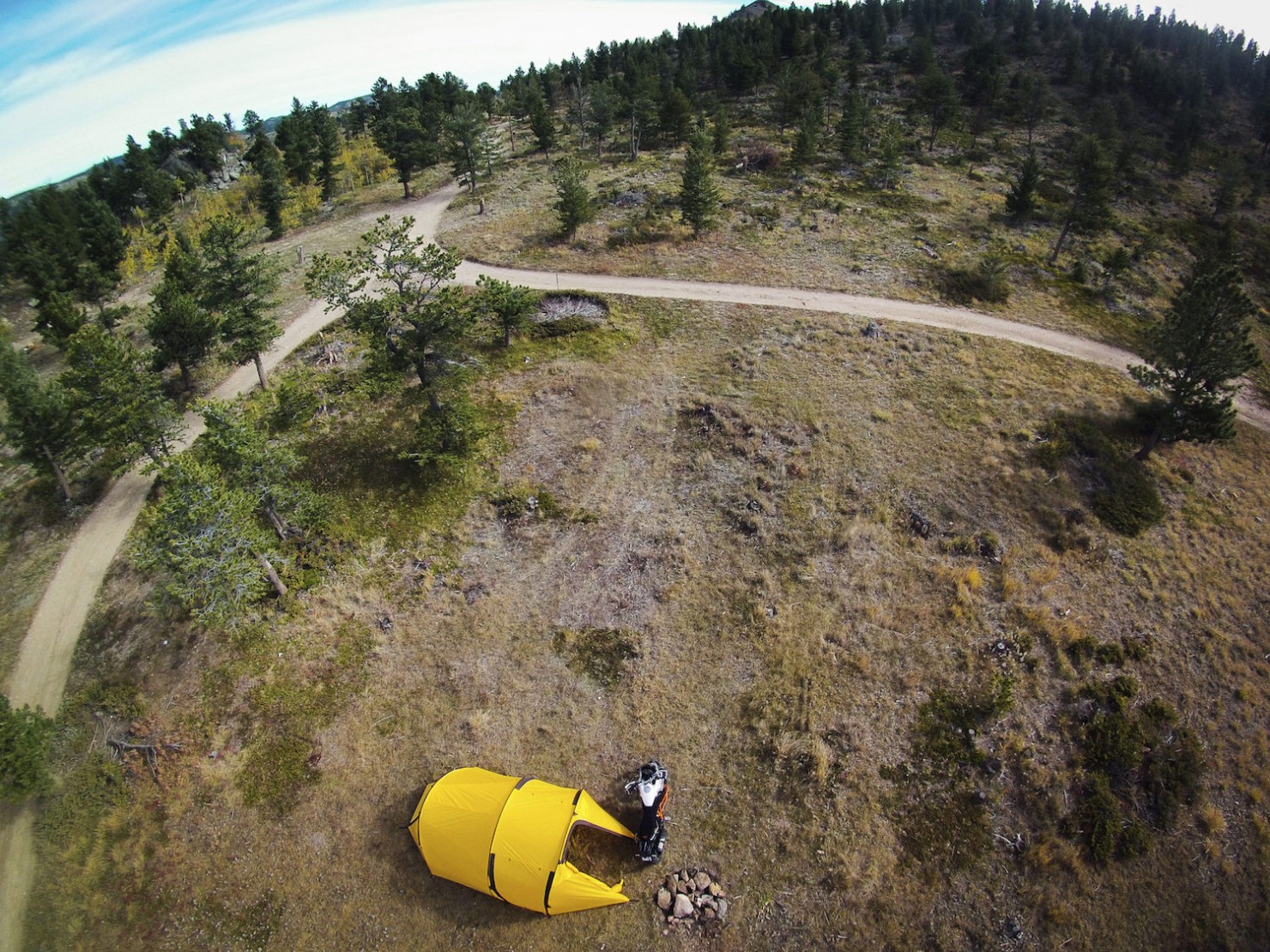 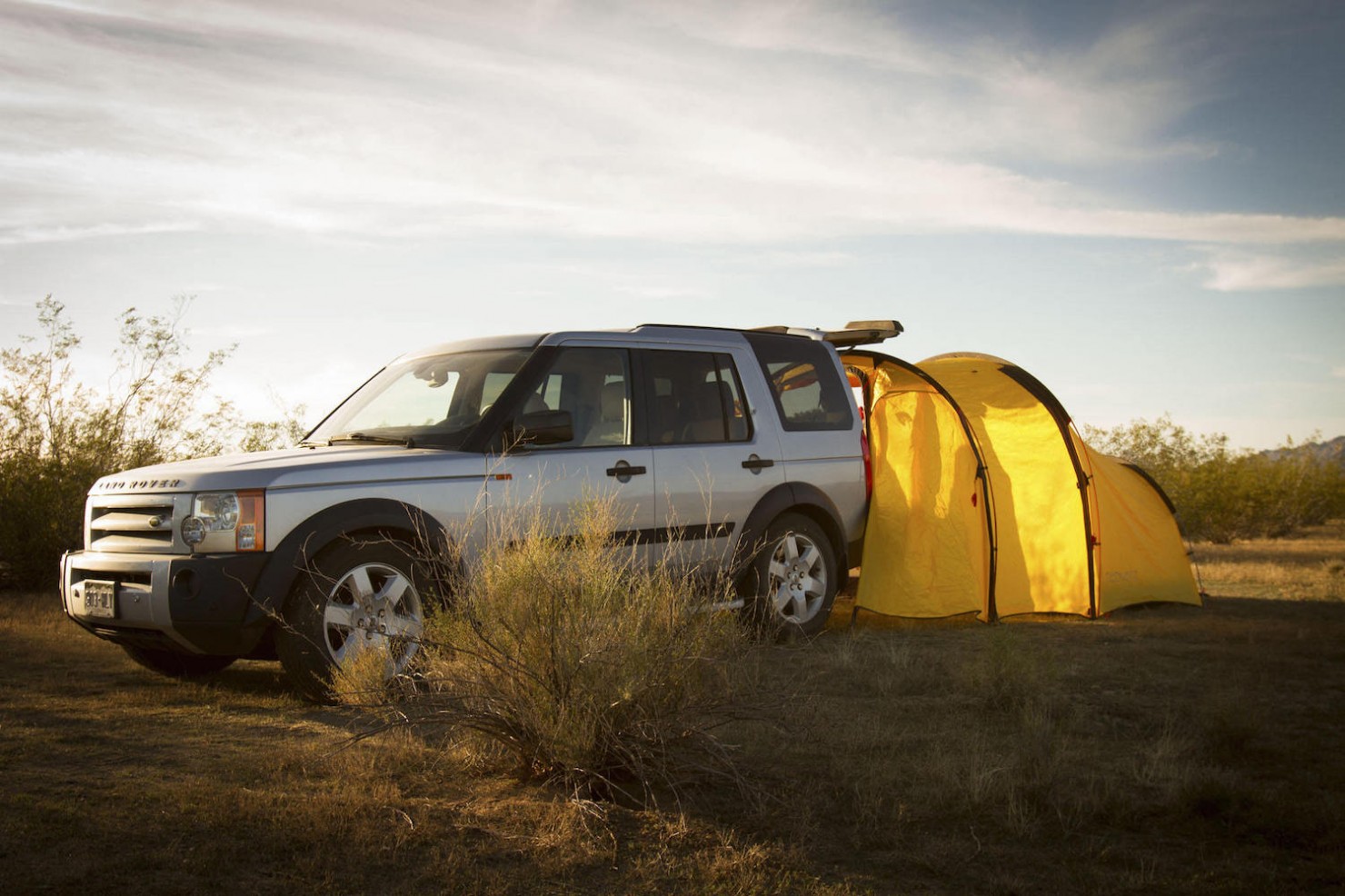 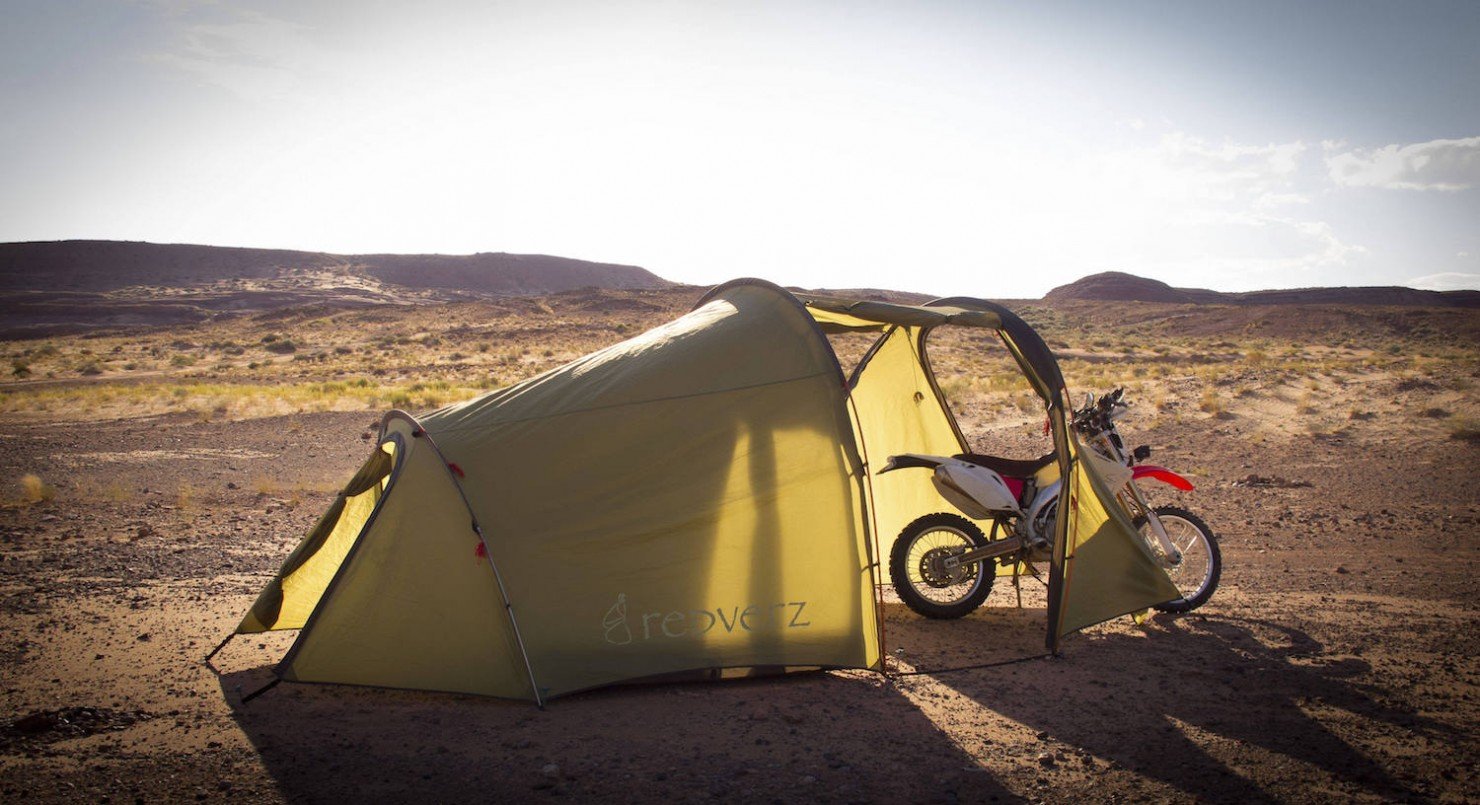 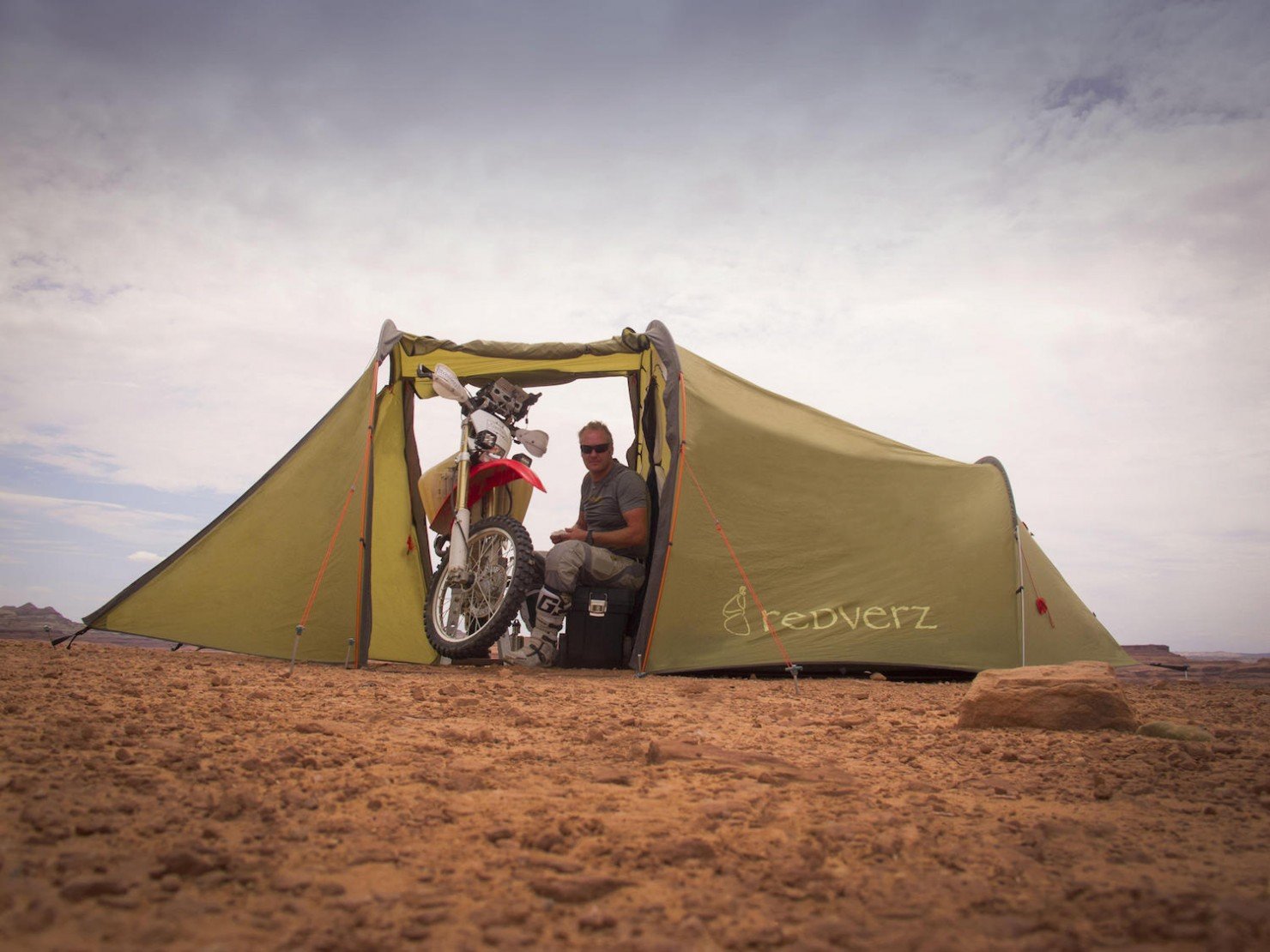 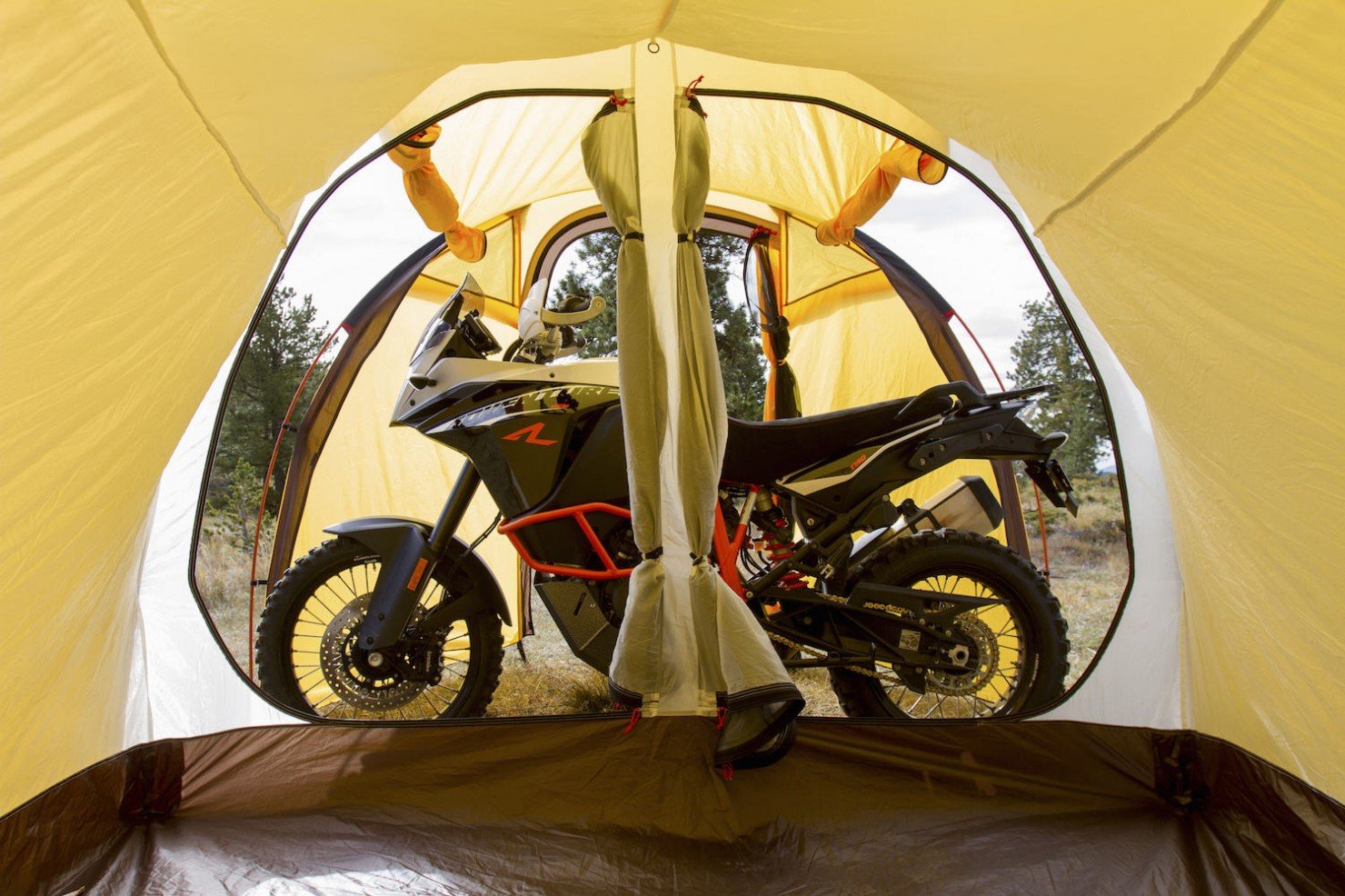 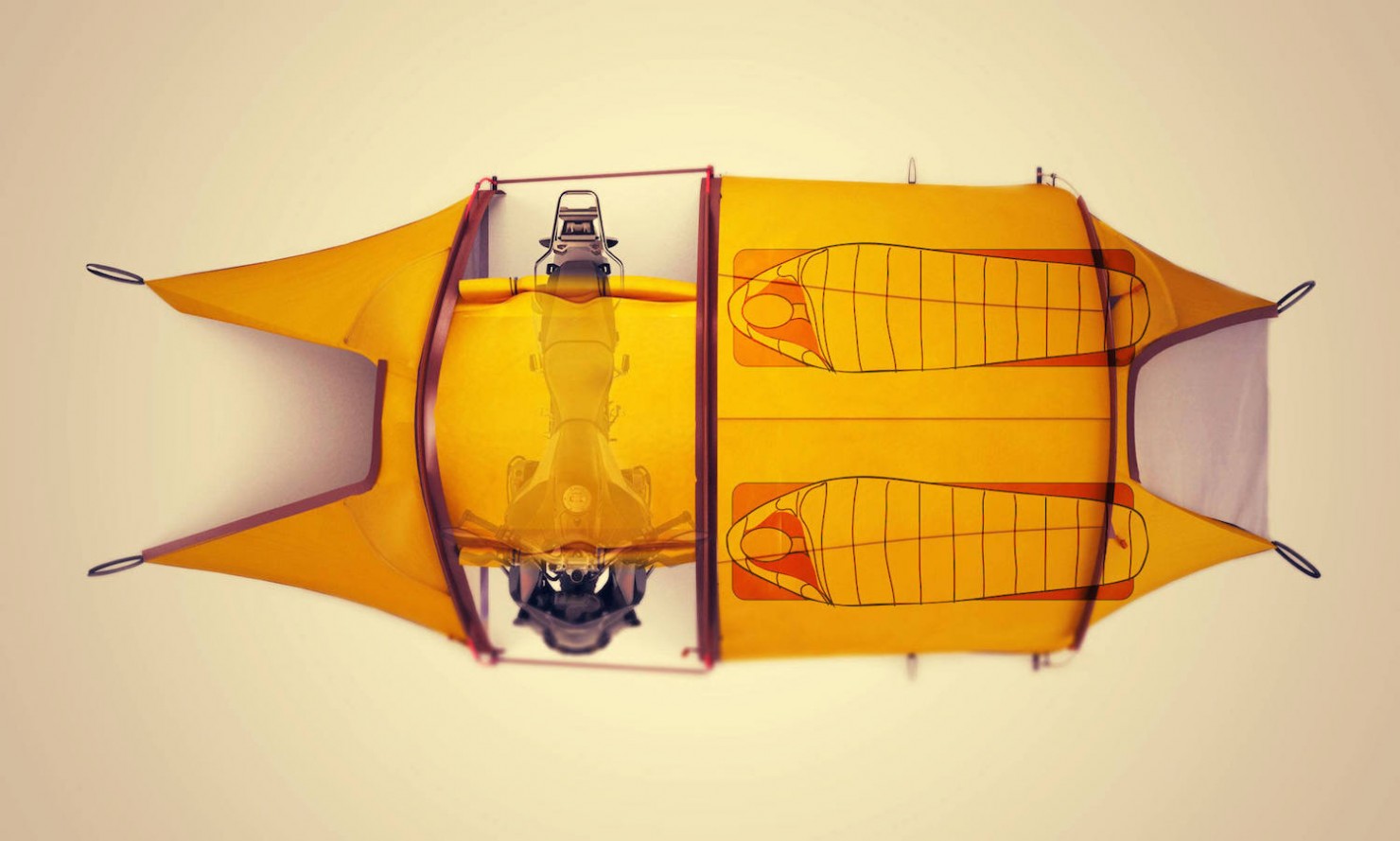 Published by Ben Branch - November 19th 2014
Related Posts
The Honda Cub EZ90: The Motorcycle Of The Future From 1991