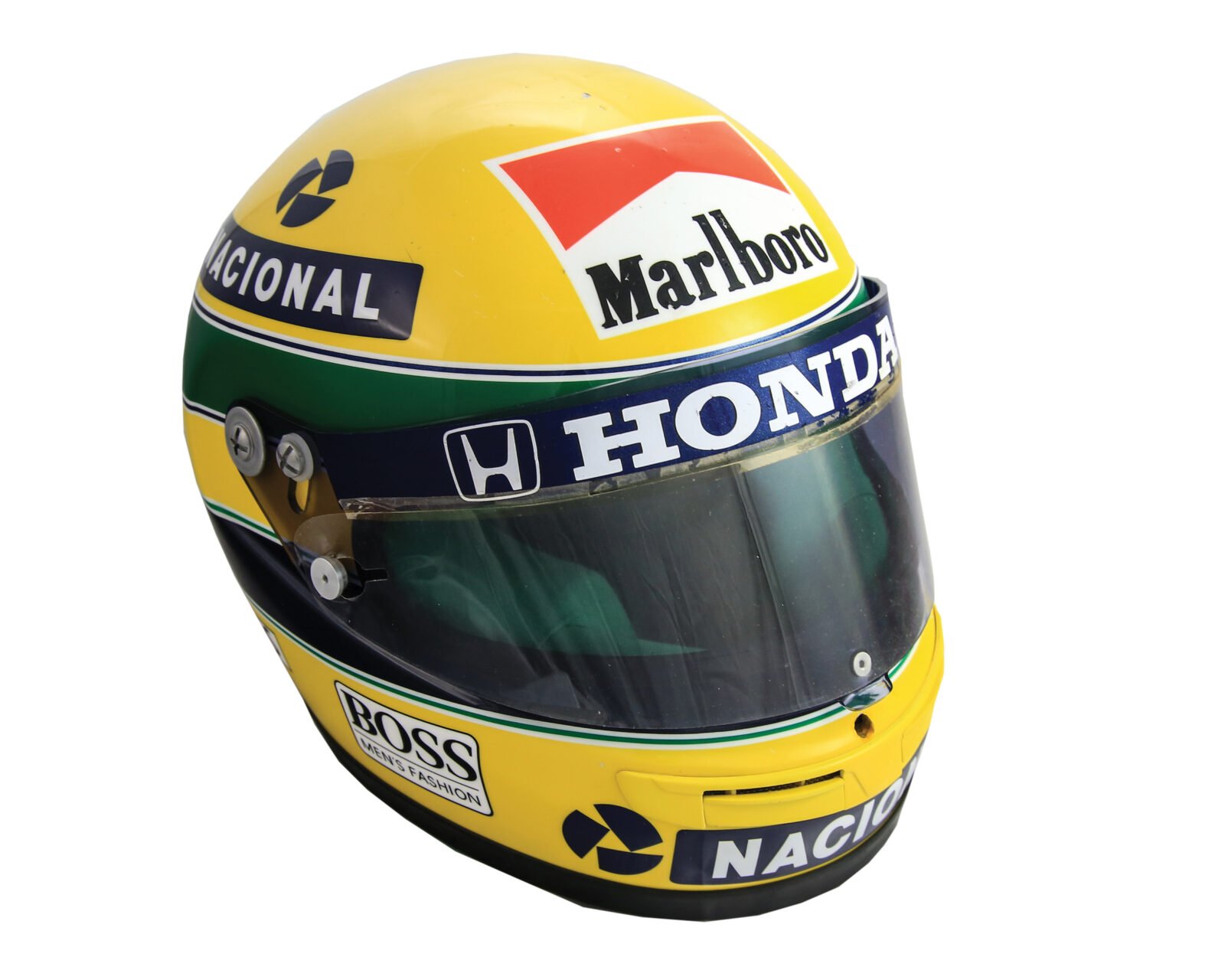 This is Ayrton Senna’s helmet from his successful 1990 Formula 1 World Championship season, by the season’s end it would be Senna’s second championship win and the third consecutive Constructors’ Championship win for McLaren-Honda.

Senna’s helmet livery is one of the most famous in motorsport history, if not the most famous outright. It includes the colours of the Brazilian flag arranged in stripes with sponsorship logos from Nacional, Hugo Boss, Honda, Marlboro, and the helmet manufacturer Rheos.

The 1990 season was a pitched battle between Senna and Prost, Prost took the championship lead early in the season but Senna fought back hard. The championship was decided at the second last race of the season at Suzuka when the two men collided, very controversially, heading into the first corner on the first lap.

The helmet was a gift from Ayrton to Angelo Parrilla, Senna’s manager during his time in karting. Parrilla was a seminal figure in Senna’s life, and he played no small part in his later Formula 1 successes.

The original radio is still fitted to the inside, and the helmet is showing all the expected signs of wear and tear that you’d expect – there’s still a tear-off visor on the shield too.

RM Sotheby’s will be offering the helmet on the 6th of February in Paris, if you’d like to read more about it or register to bid you can click here to view the listing. 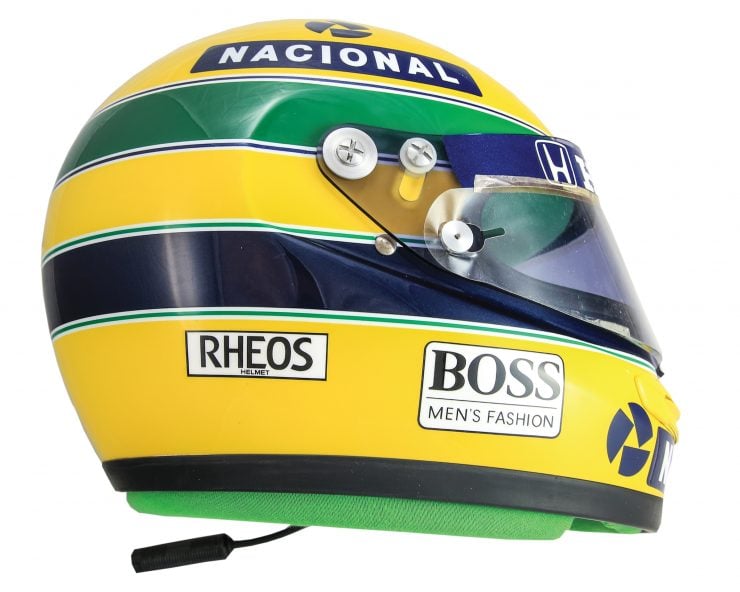 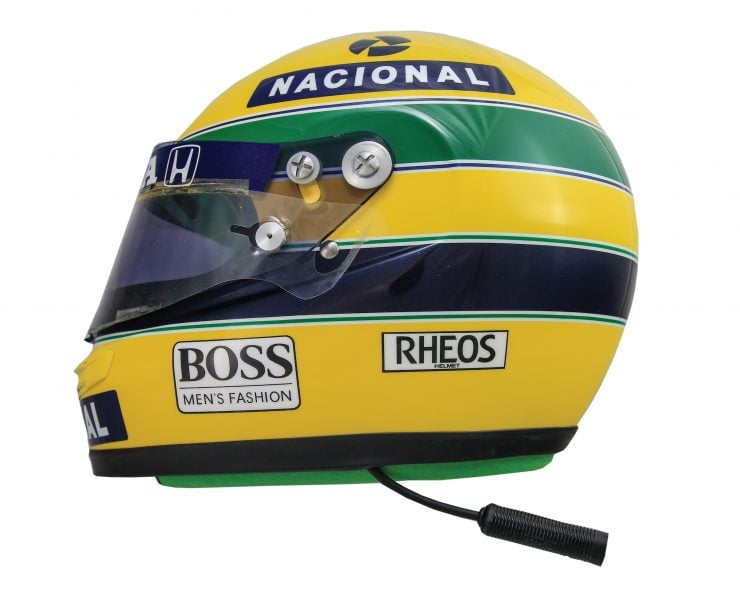 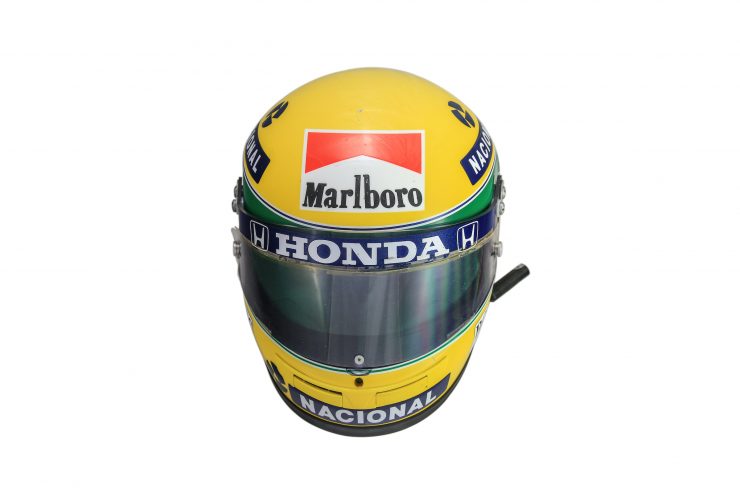 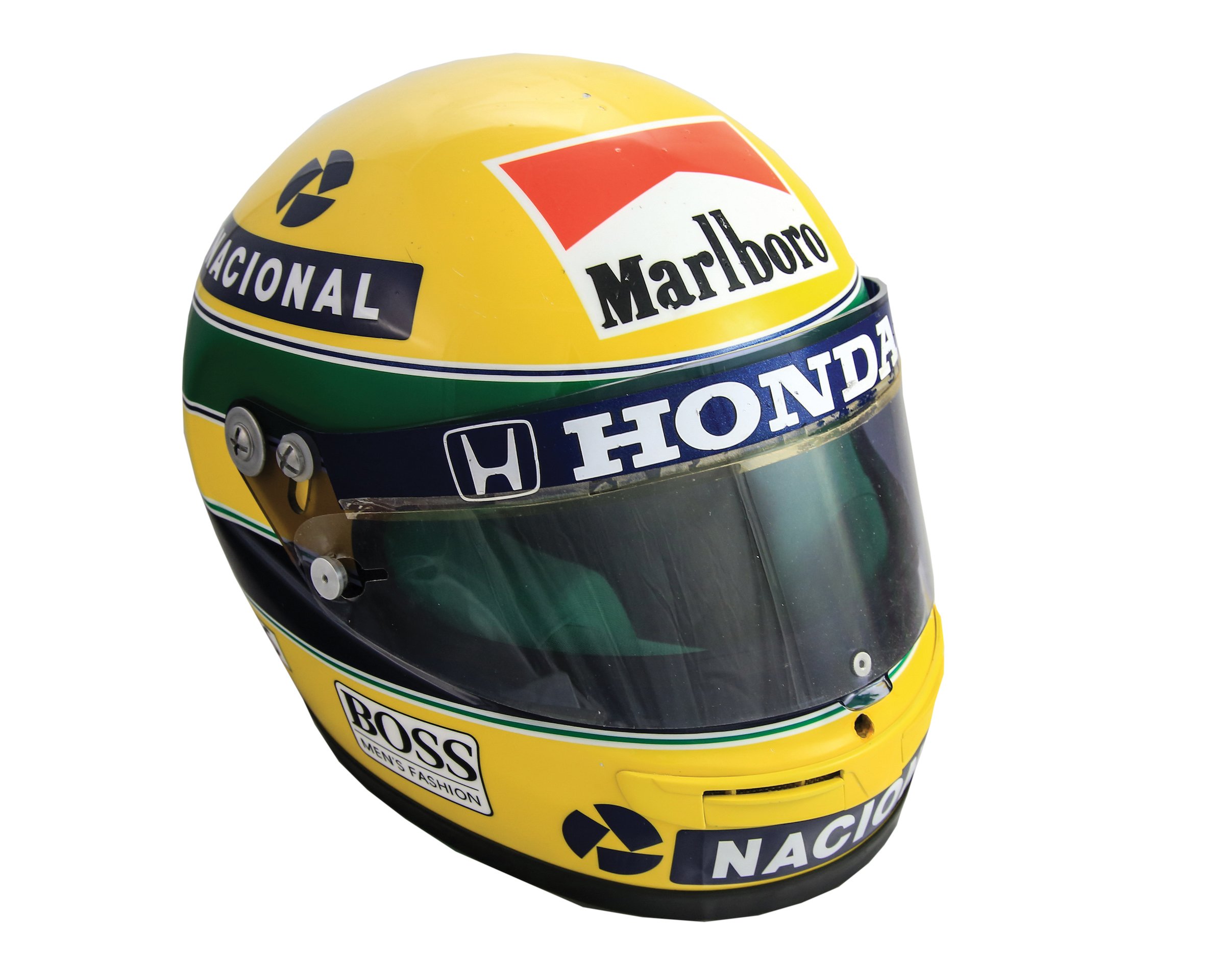