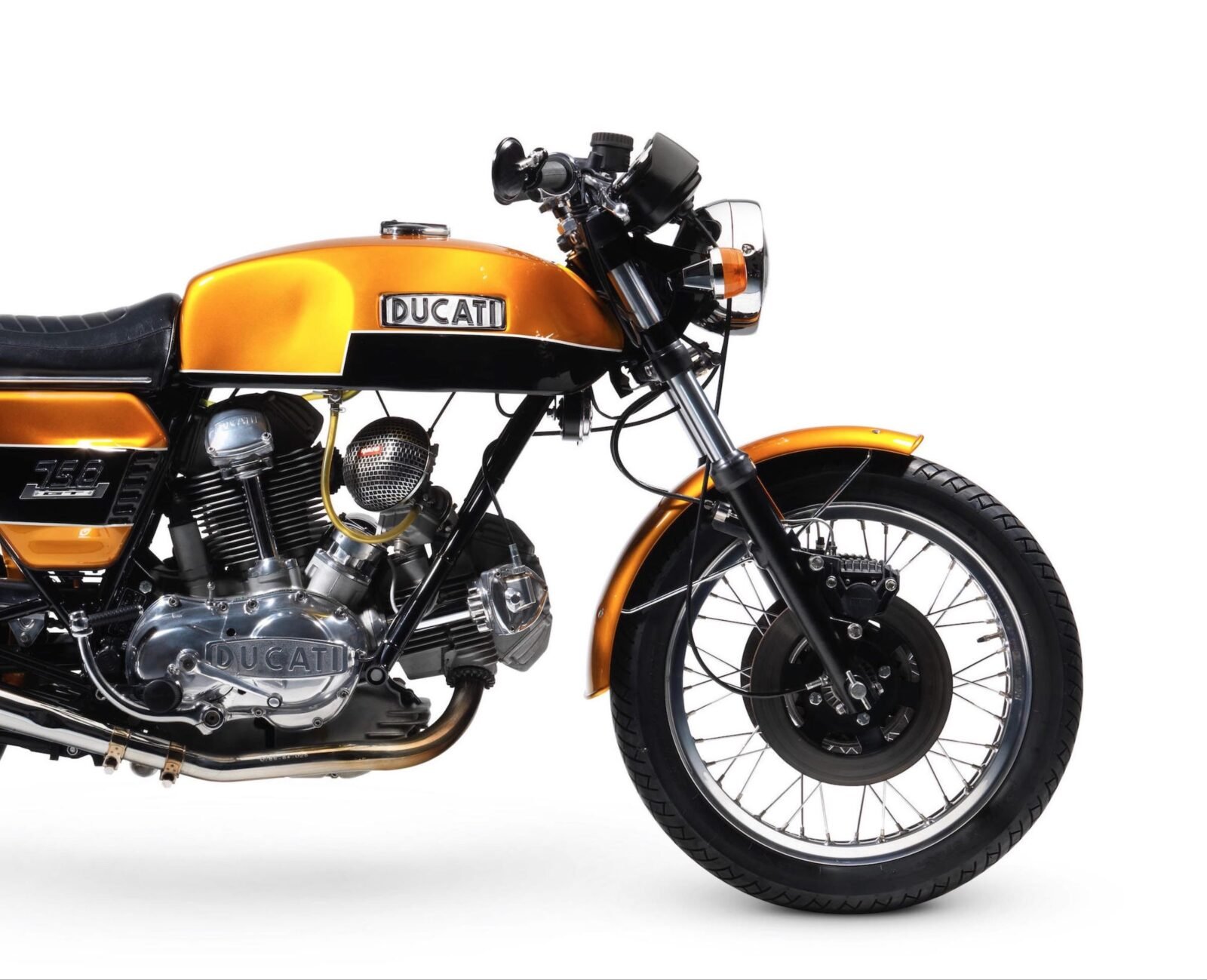 The Ducati 750 GT was the Italian company’s first road-going V-twin, though of course they prefer the term L-twin as it better describes the 90 degree angle between the cylinders, and it separates them from the engines built by the likes of Harley-Davidson.

The 750 GT was penned by the now-legendary Italian engineer Fabio Taglioni in 1970 to compete with the superbikes of the age – motorcycles like the Norton Commando and the Honda CB750.

Taglioni knew he had to develop an engine with a capacity and power-output comparable to the Commando and CB750, so he chose to take the single cylinder, bevel-drive overhead cam single cylinder engine that Ducati already had in mass production, and create a new version of it.

An entirely new crankcase was developed, and two unique cylinder barrels were designed – one with vertical heatsink fins and the other with horizontal fins, each developed to better utilize the airflow that it would encounter based on its orientation.

Taglioni knew that for optimal cooling he needed to have the leading cylinder angled downward – to allow the rear cylinder ample supply of fresh air. This resulted in the unusual L-twin layout that would become the bread-and-butter engine layout for Ducati for the decades to follow. 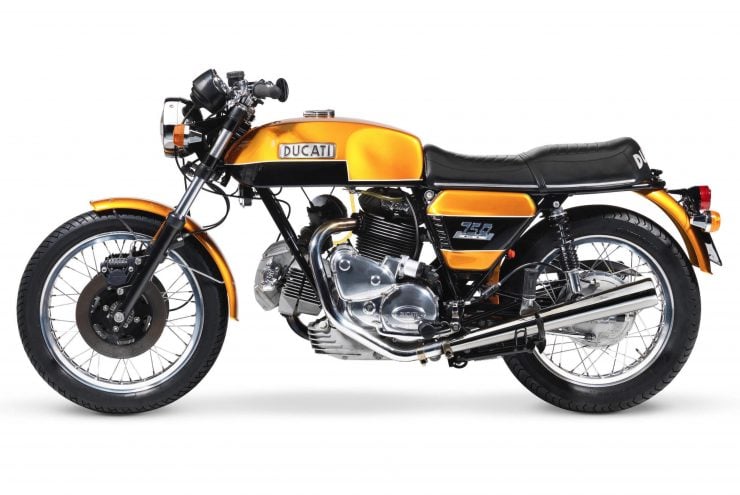 The rest of the Ducati 750 GT was relatively standard for the era – hydraulic forks up front, a twin down tube steel frame, twin shock absorbers at the rear, chain final drive, and seating for two.

The 750 GT shot to global superstardom in 1972 when Paul Smart rode a modified racing version of the model to a popular win at the Imola 200 – helping boost both sales and reputation in one fell swoop.

Over the course of its 1971 to 1974 production run Ducati sold 4,133 examples of the 750 GT, making it far more rare than the Commando or CB750. It was replaced for 1975 with the Ducati 860 GT, which was essentially the same bike but with an enlarged engine and some other modifications.

Surviving examples of the 750 GT are highly sought after by collectors, and their values have taken a significant upward turn over the past 10 years or so.

Now presented in pristine condition in yellow and black, the all-original 750 GT is fitted with a high-output alternator and a second front disc brake. It was last serviced in January 2017, and it comes with expired MoTs, a current V5C document, correspondence, service and parts bills, and a new MoT till July 2018.

We don’t see many examples of the 750 GT come up for sale that are this immaculate, so we’re expecting this one to attract significant attention when it rolls across the auction block with Bonhams at the Spring Stafford Sale on the 22nd of April. The estimated value is between £16,000 and £20,000 – a steal considering the amount that has been recently spent bringing the bike up to showroom condition. 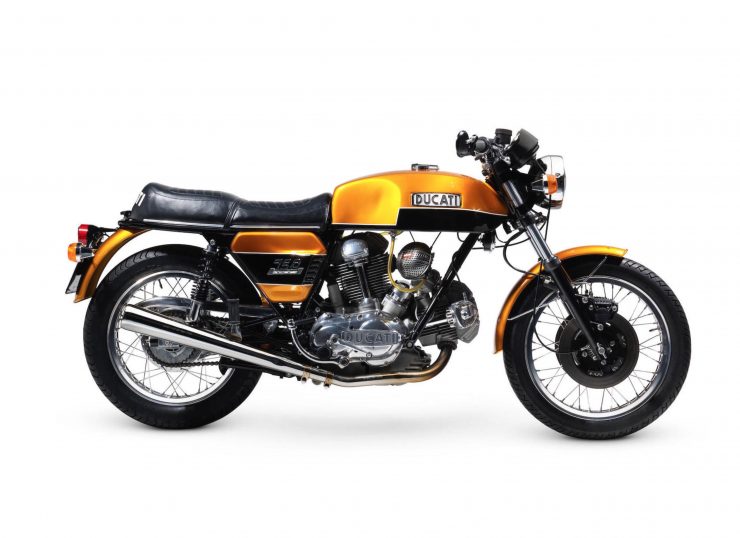 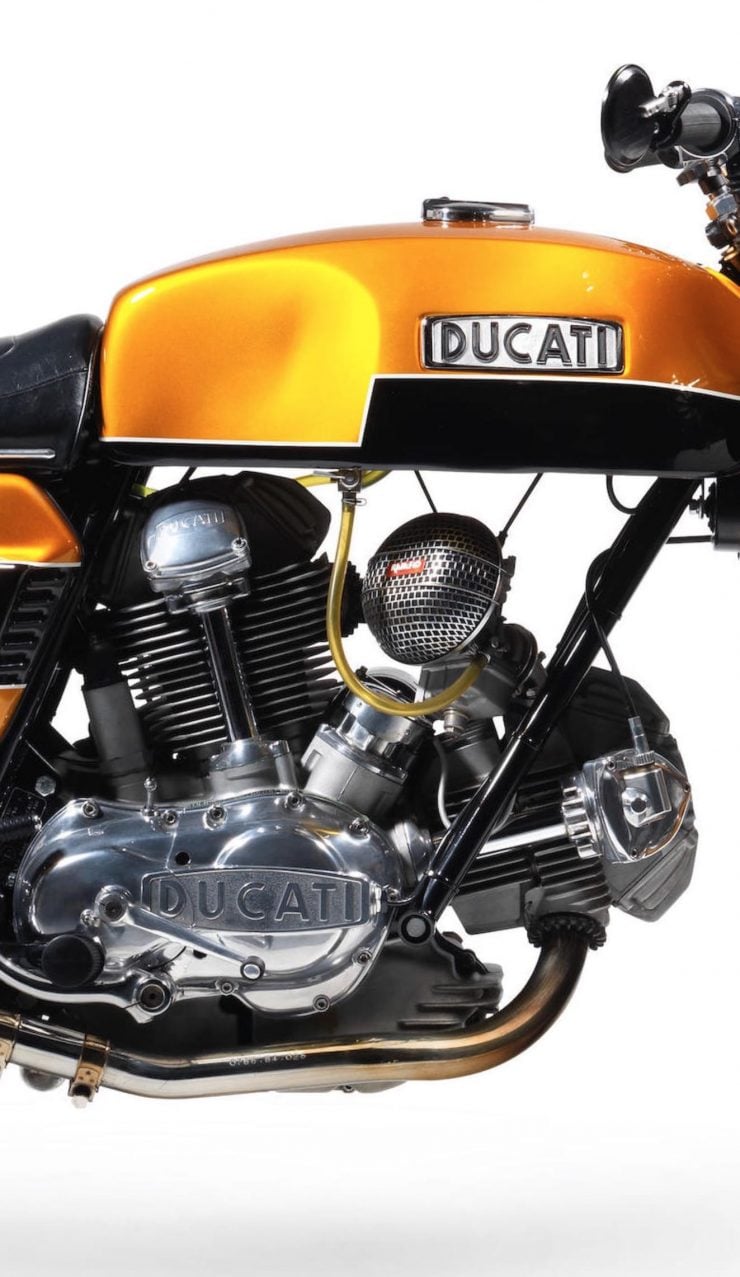 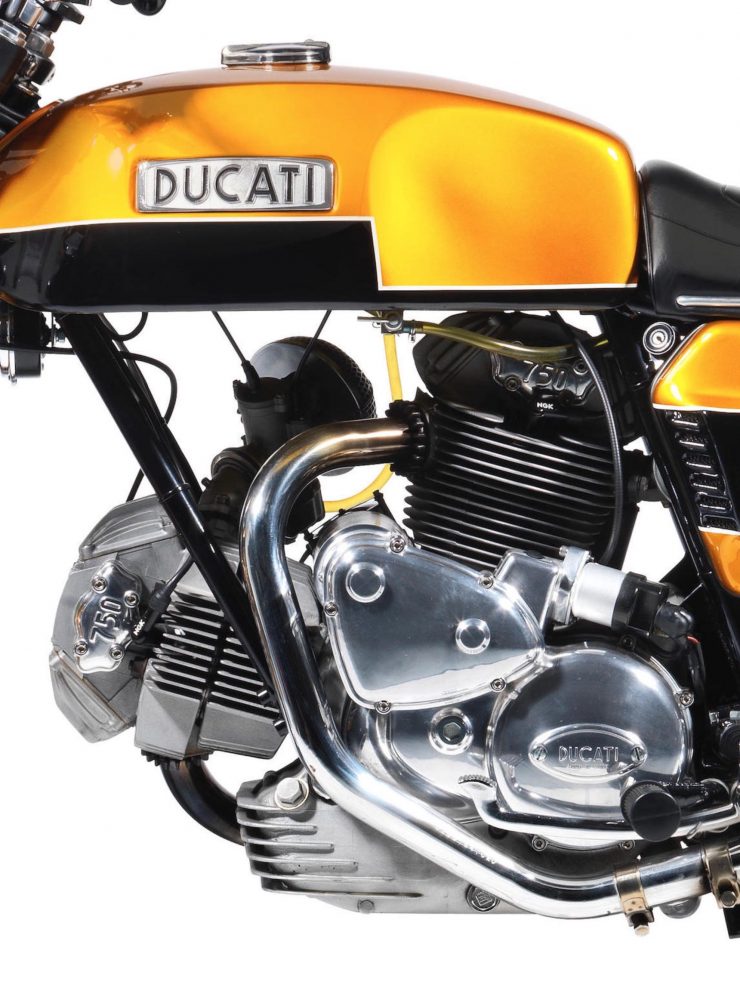 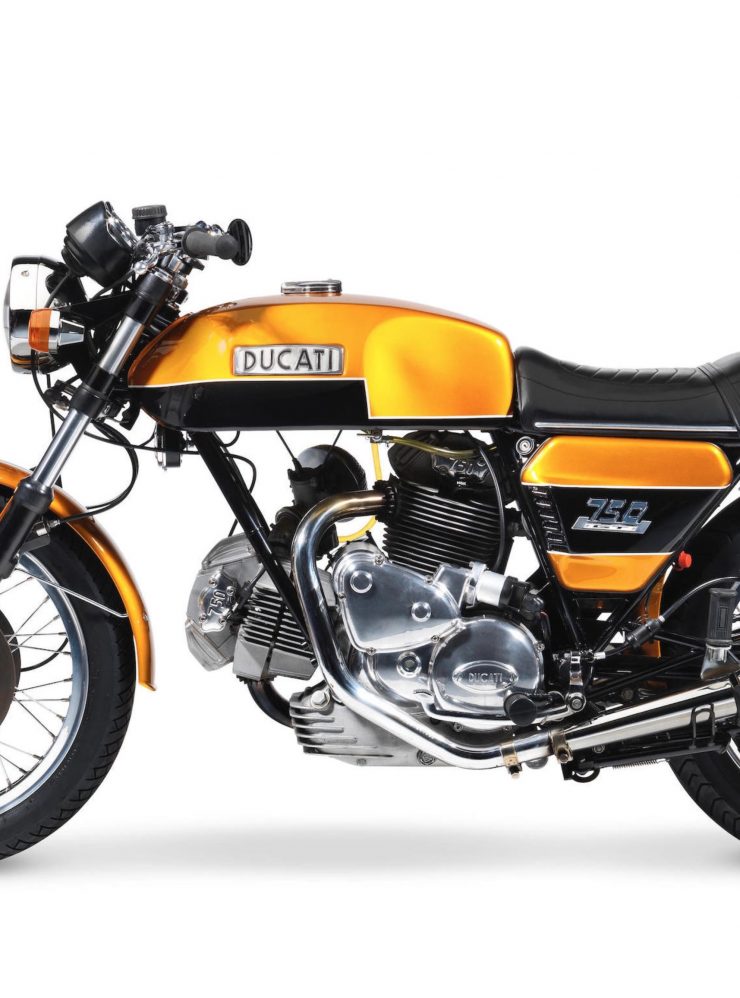 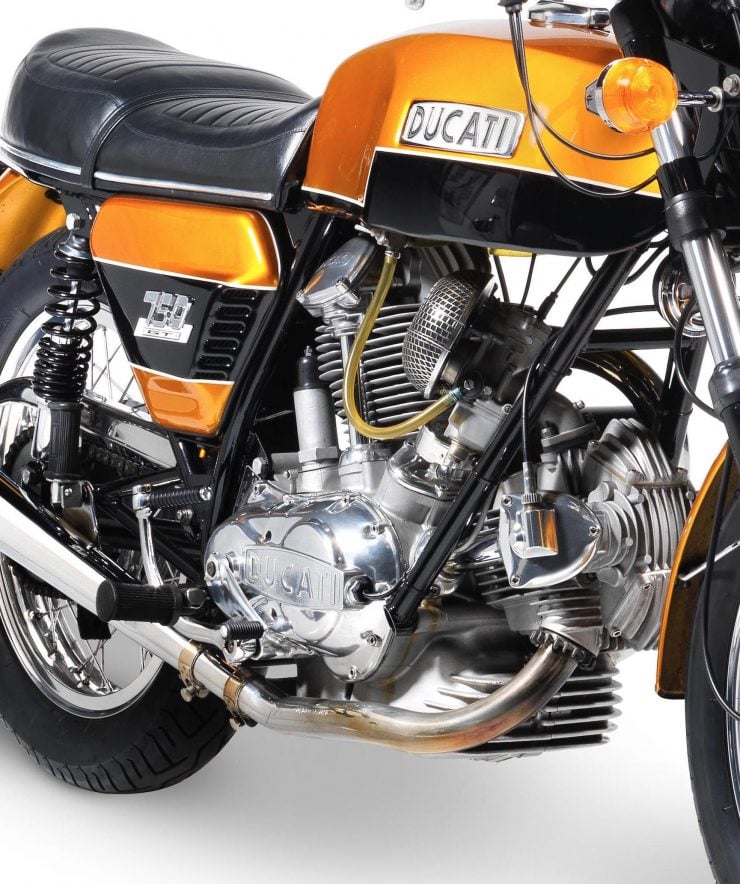 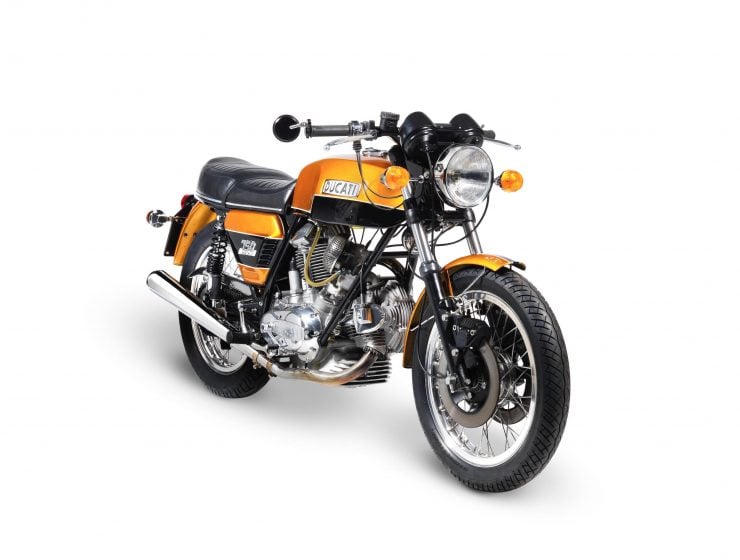 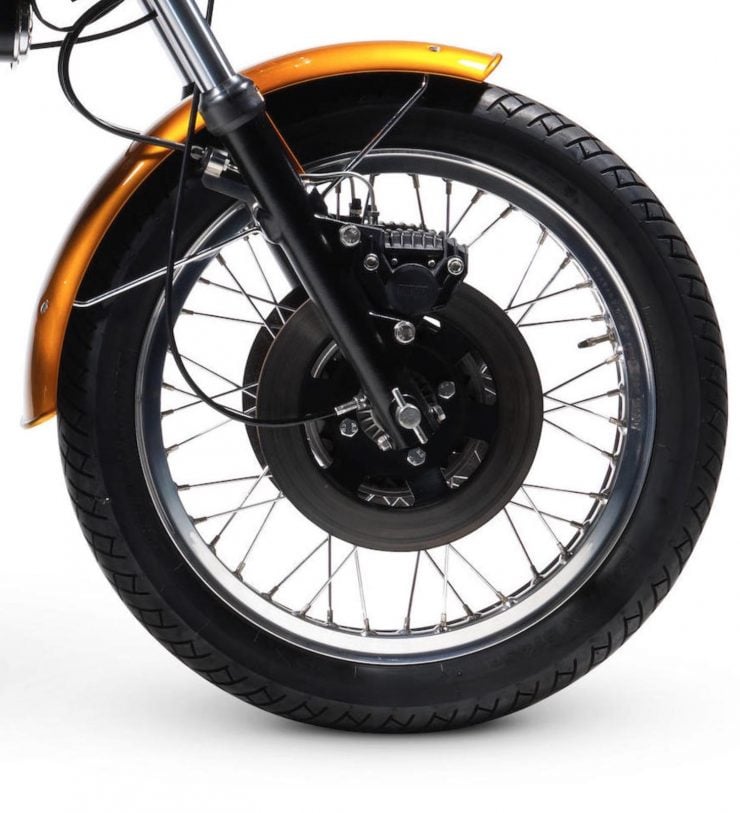 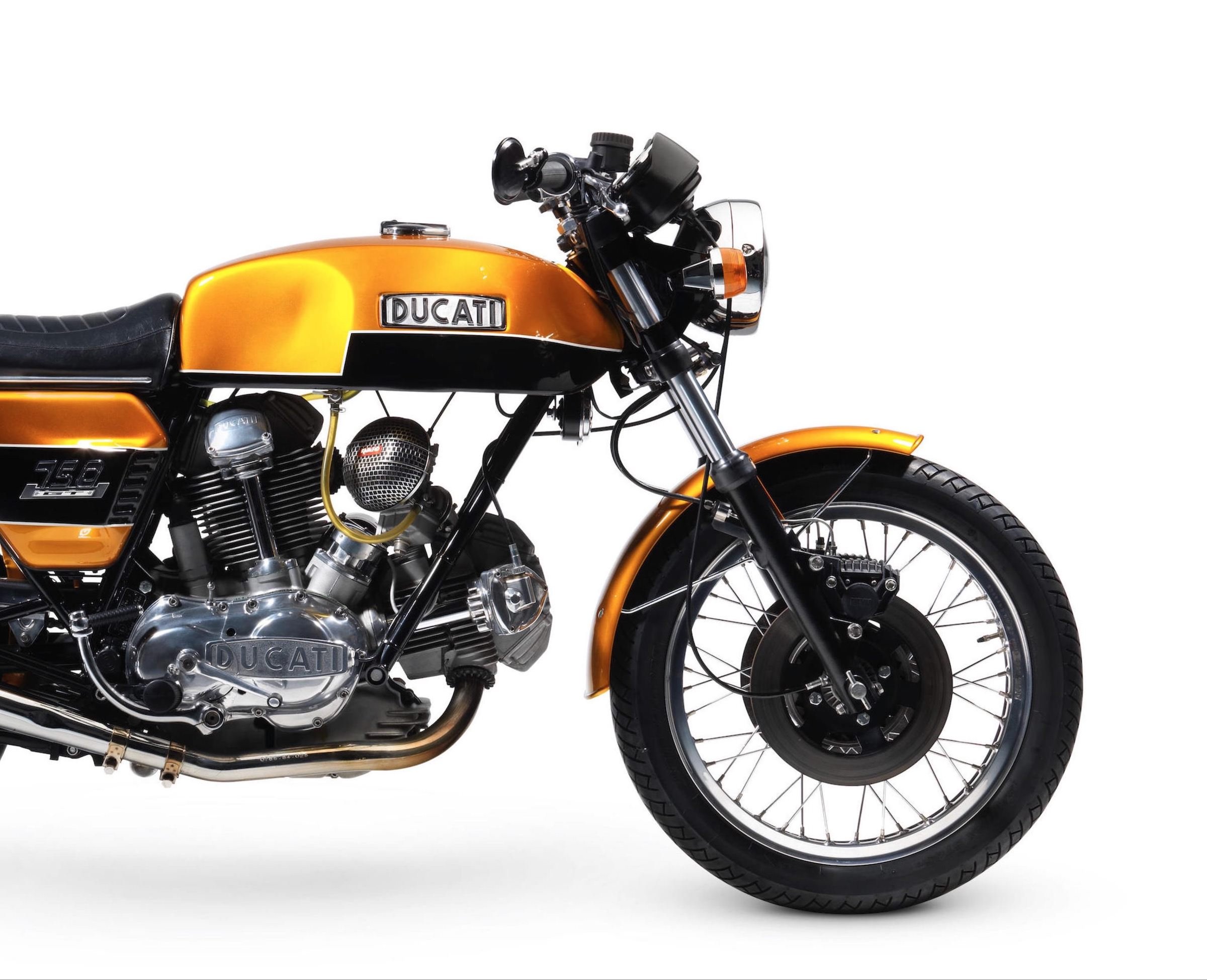