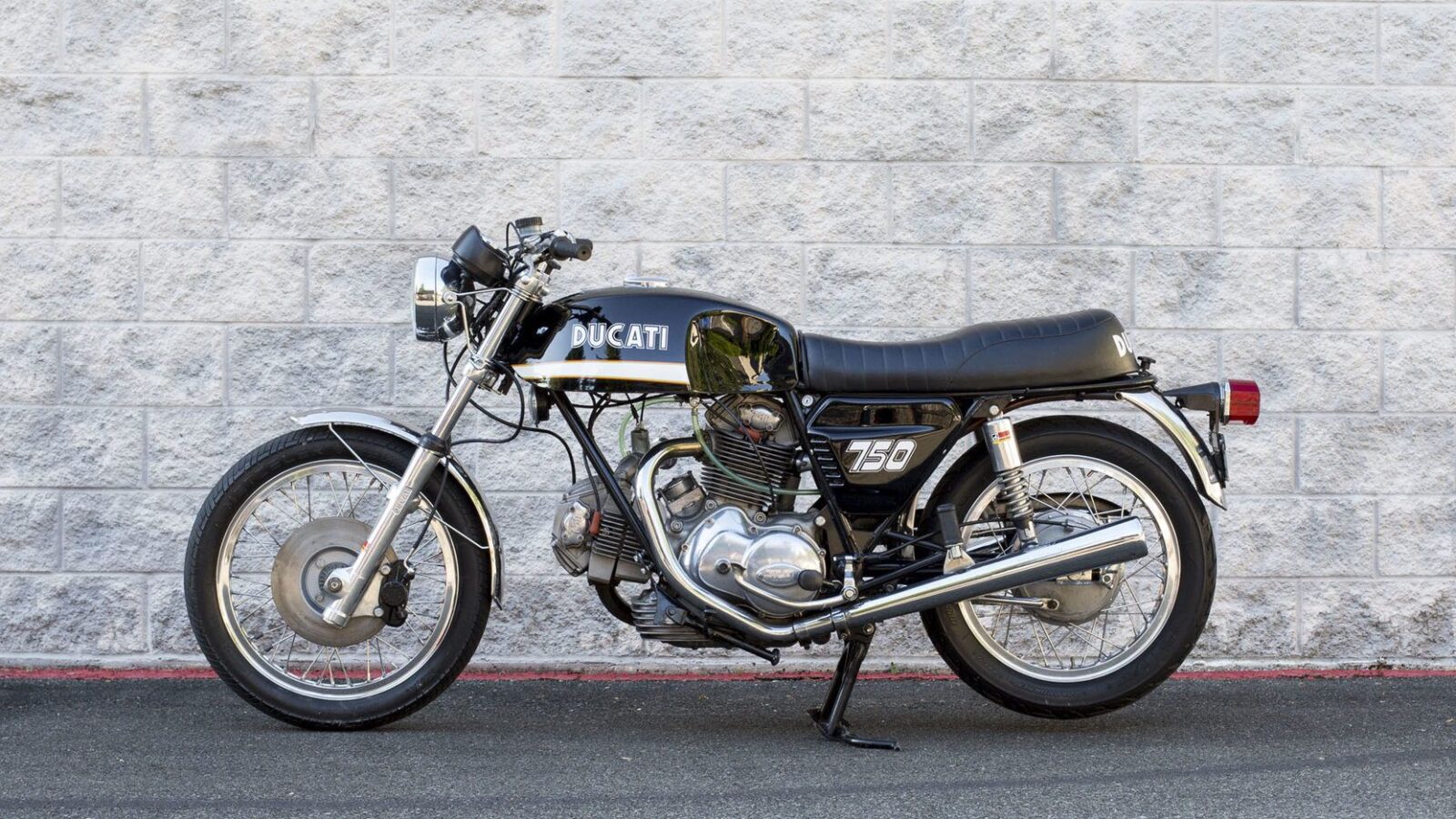 This is one of the original sandcast Ducati 750 GTs from 1971, this first series of bikes included the legendary Imola race bikes, and they have the historic distinction of being the first Ducatis to have a 90° L-twin (otherwise known as a V-twin). On top of being the first L-twin Ducati, it was also designed by Fabio Taglioni, and it featured bevel gear operated overhead cams – a Ducati trifecta.

A Brief History of the Ducati 750 GT

It’s difficult to overstate the importance of the 750 GT in the storied history of the Italian marque, it launched the then-small company into superstardom thanks to Paul Smart’s remarkable victory at the Imola 200 in 1972.

Ducati had been in significant financial trouble, and was taken over by the Italian government in 1969. It was clearly understood that they needed something in the 750 class to compete with the likes of the Norton Commando and the Honda CB750, and it was also known that whatever they built had to be unique – rather than a competing parallel twin design like the Commando, or an inline-4 like the CB750.

Luckily, Ducati had retained Taglioni, an engineering genius who was adept at working with limited resources. He developed a 90° L-twin with a capacity of 748cc by essentially combining two of Ducati’s 350cc singles mounted to a new crankcase. The 350 engine featured a tried and tested bevel gear operated overhead cam, itself a Taglioni design, and when combined into a twin it was capable of 60+ hp in road going trim – and more when tuned for the track.

This new L-twin had a low centre of gravity, a narrow frontal area, excellent cooling for both cylinders, and ample space for both carburetors and exhaust piping. The tubular steel frame also used the engine as a stressed member – helping with rigidity and weight. 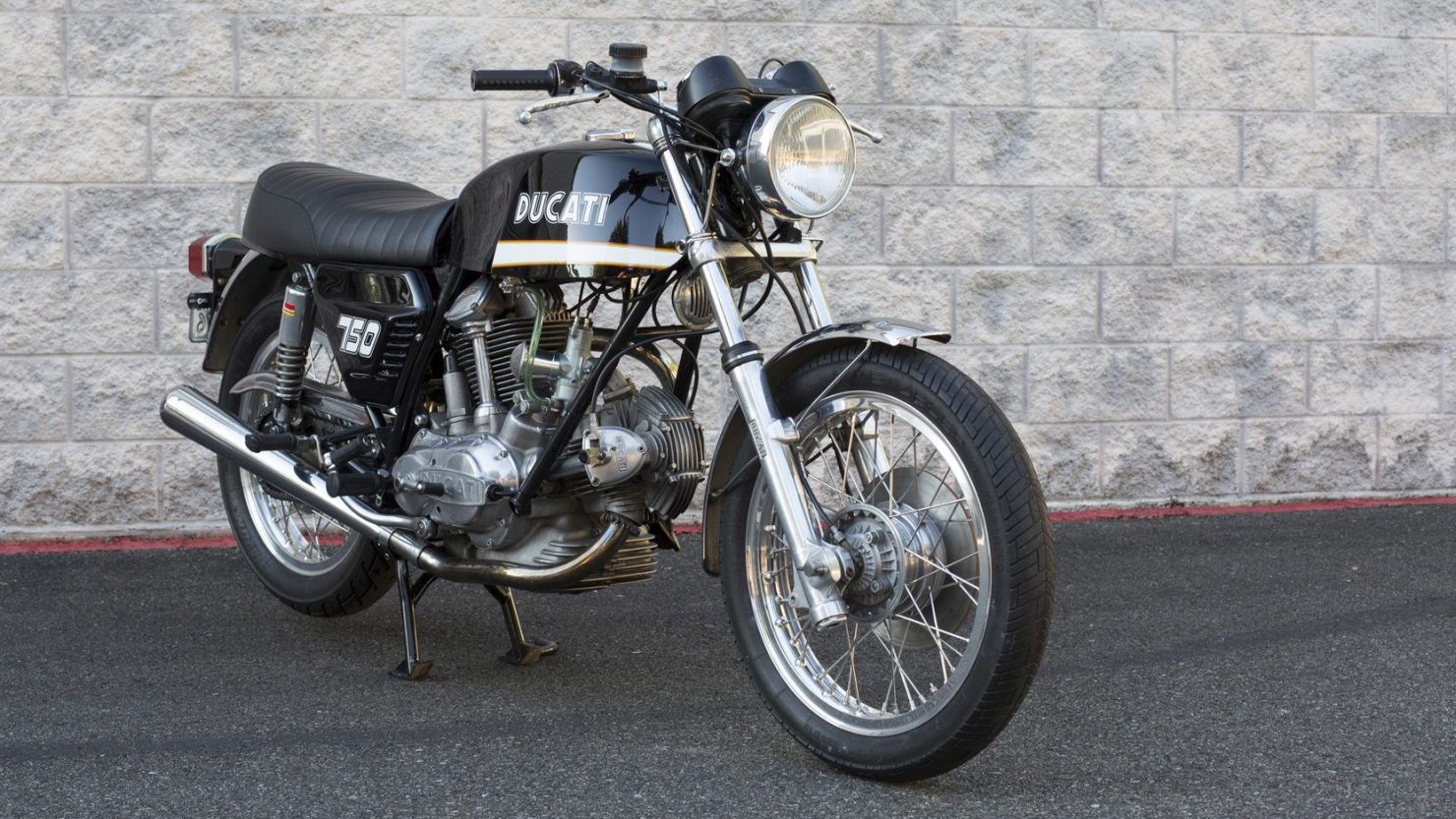 With unit construction, 5-speeds, and overhead cams, the 750 GT was more advanced that the British machinery of the era and comparable with the motorcycles coming out of Japan – and when compared with early ’70s Japanese bikes the Ducati handled like a dream. The biggest single competitor in the high-end of the global motorcycle market in the early ’70s was the CB750, which was reliable and relatively inexpensive – but it weighed in at 218 kilograms (481 lbs) dry and produced 67 hp.

The Ducati 750 GT was an altogether traditional European superbike, with a kickstarter and a right side shifter with a one-up/four-down pattern. Unlike the V-twins built in the United States the Ducati was developed for European riding conditions – narrower more twisty streets that favor handling over cruising.

Ducati would build the 750 GT from 1971 till 1974 when they replaced it with the 860 GT. Looking back now with the benefit of hindsight its clear that the 750 GT was a paradigm shift for Ducati, launching the company into the world of superbike production and laying the groundwork for what was to come.

The original sandcast Ducati 750 GTs are amongst the most collectible of the early L-twins, less than 400 were made including the race bikes and somewhat amazingly the large scale production bikes that would follow were almost identical in every way – such was the excellence of the original design.

The bike you see here is one such sandcast original, it was restored to original condition approximately 10 years ago and is now being offered out of a well-known Washington State factory Ducati dealer collection. It’s now accompanied by an Ian Falloon Report that certifies its authenticity and it has an estimated value of between $30,000 and $40,000 USD, if you’d like to read more about it or register to bid you can click here to visit the listing on Mecum. 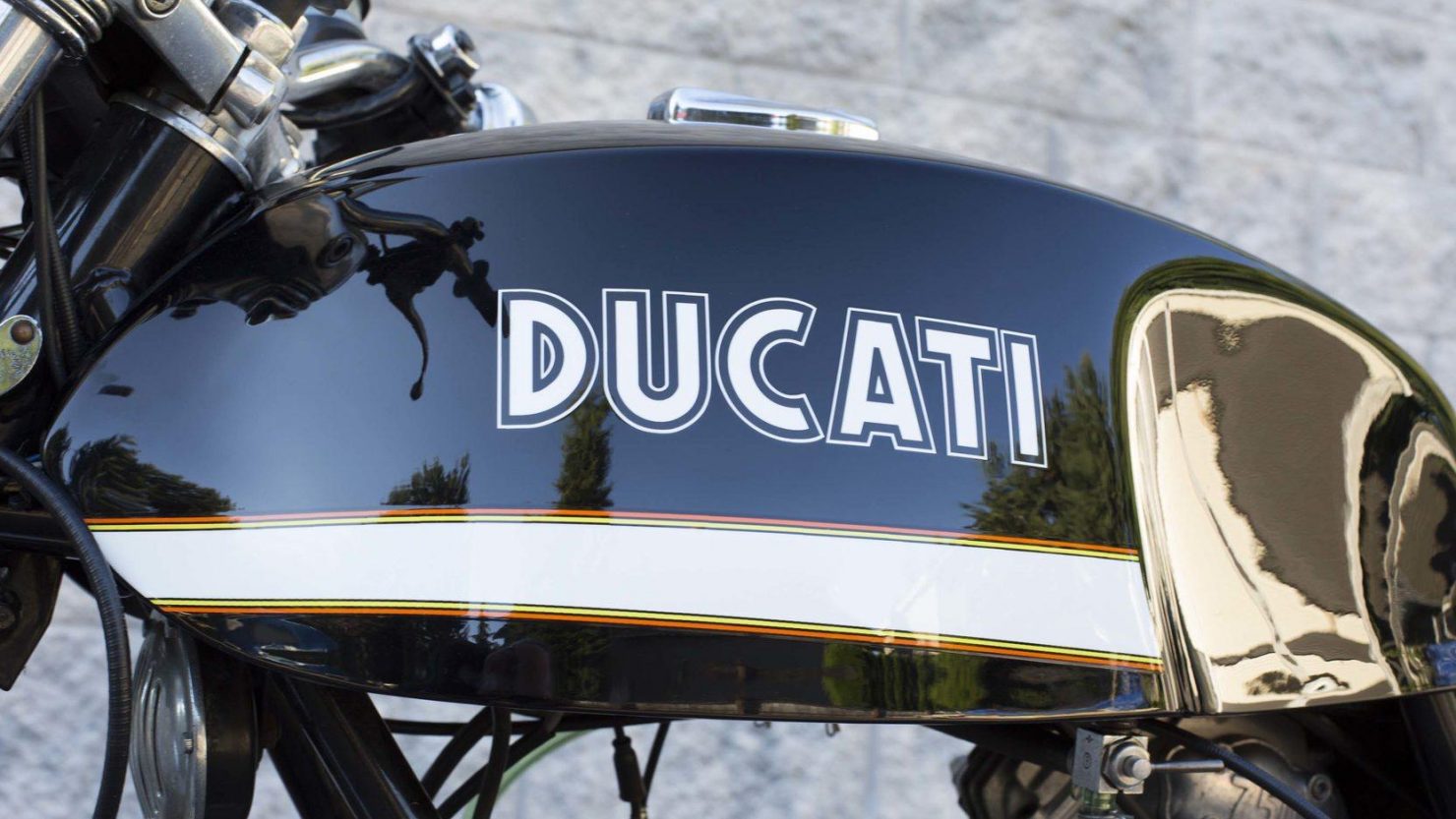 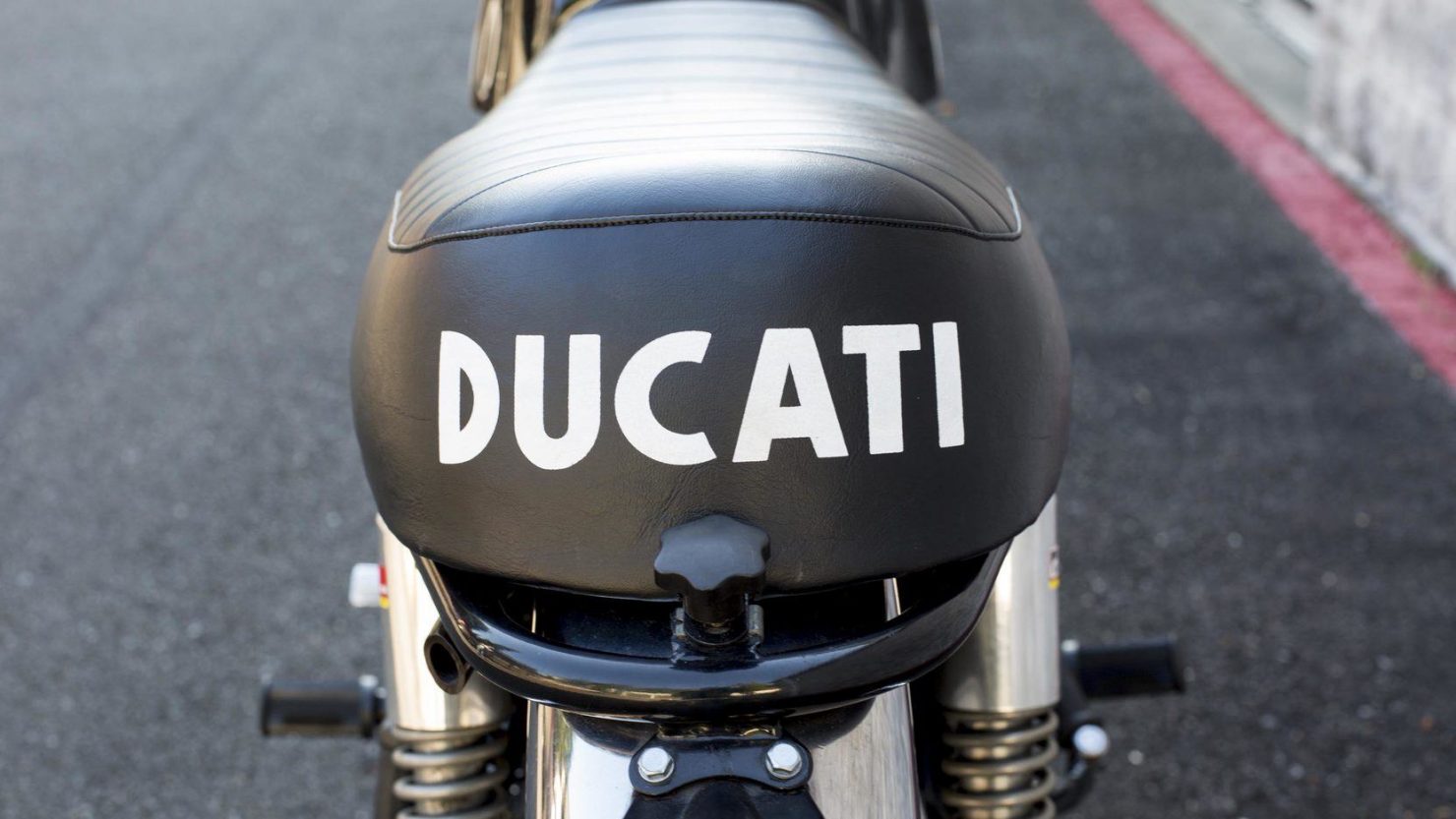 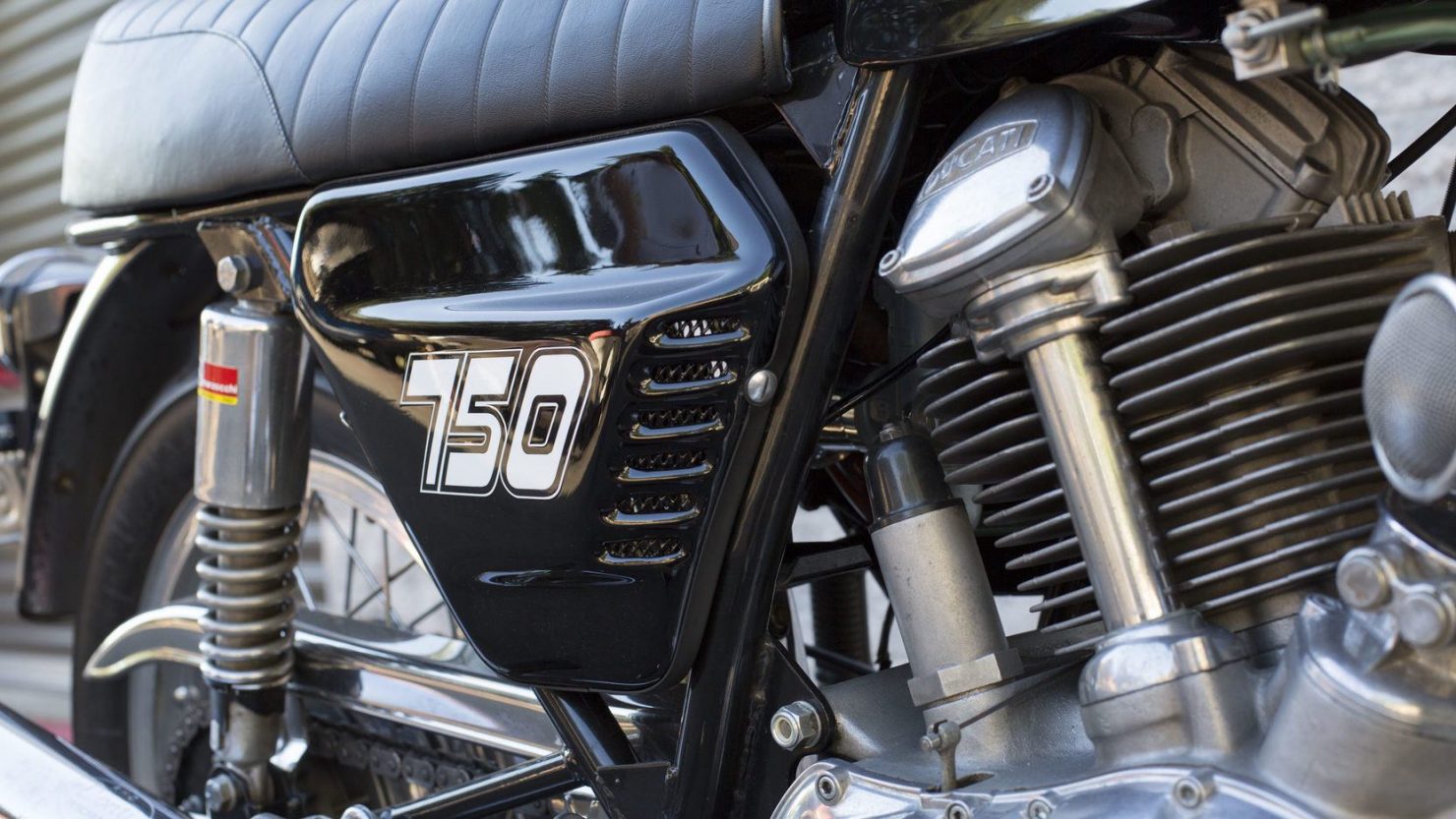 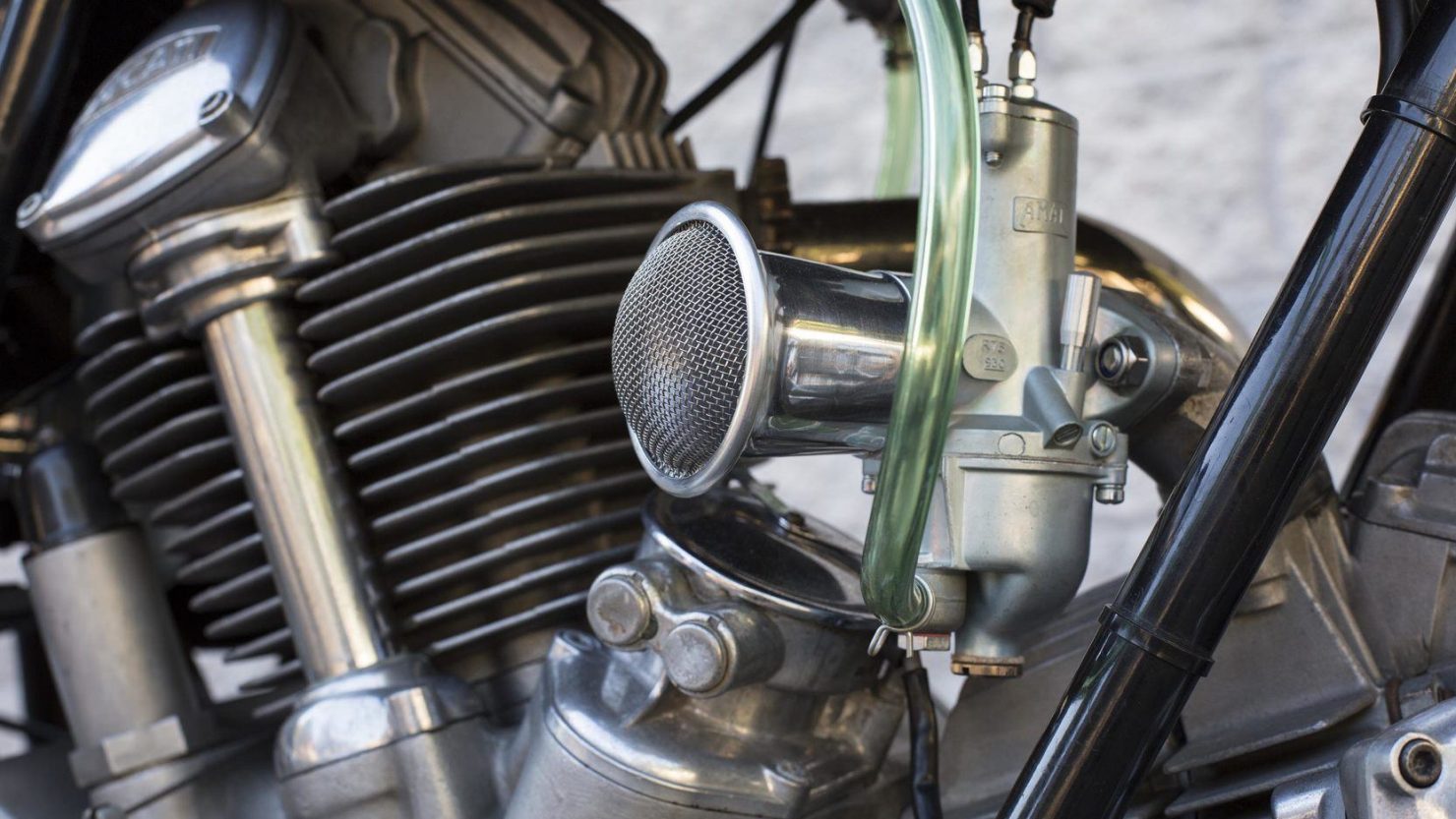 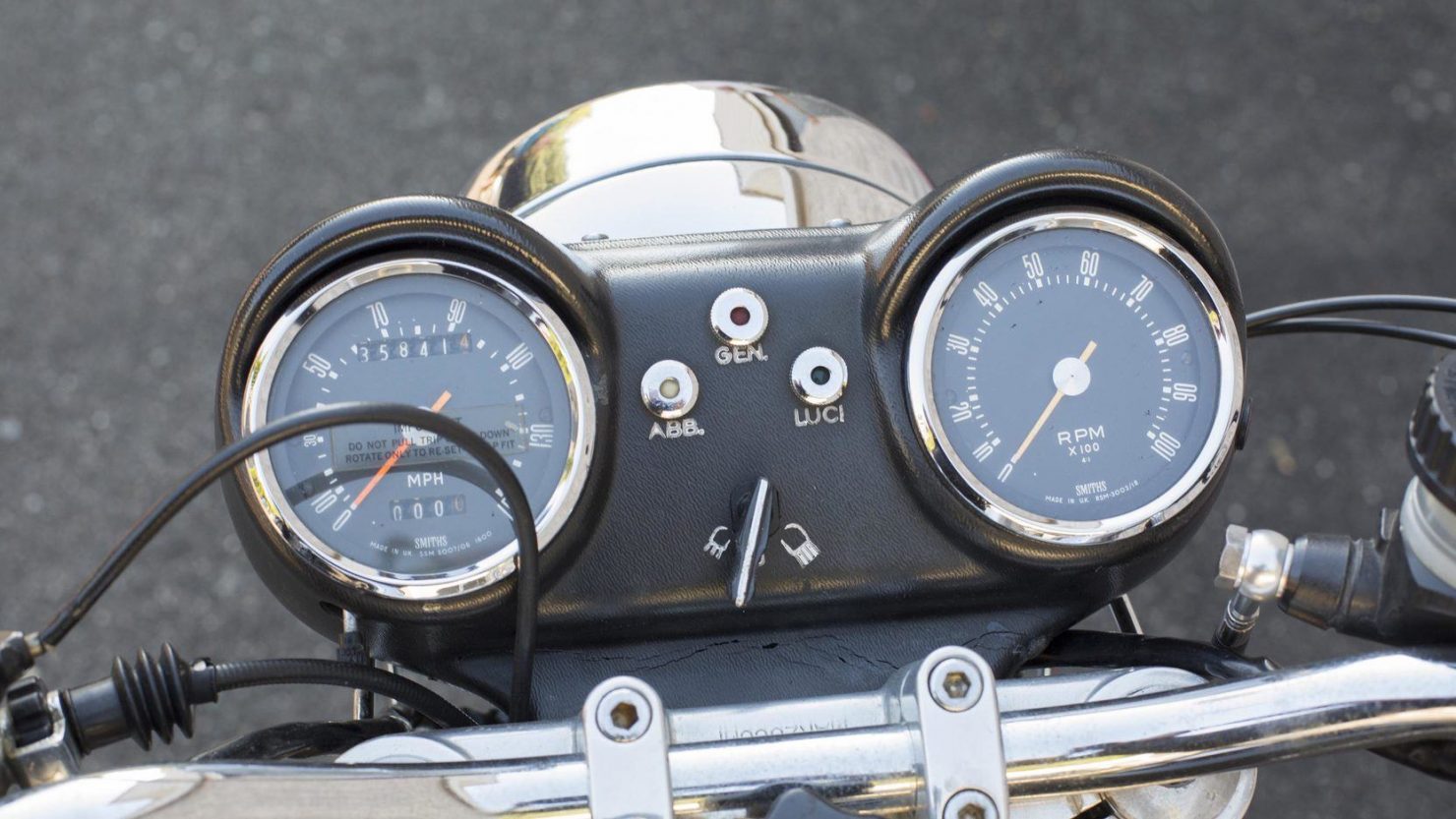 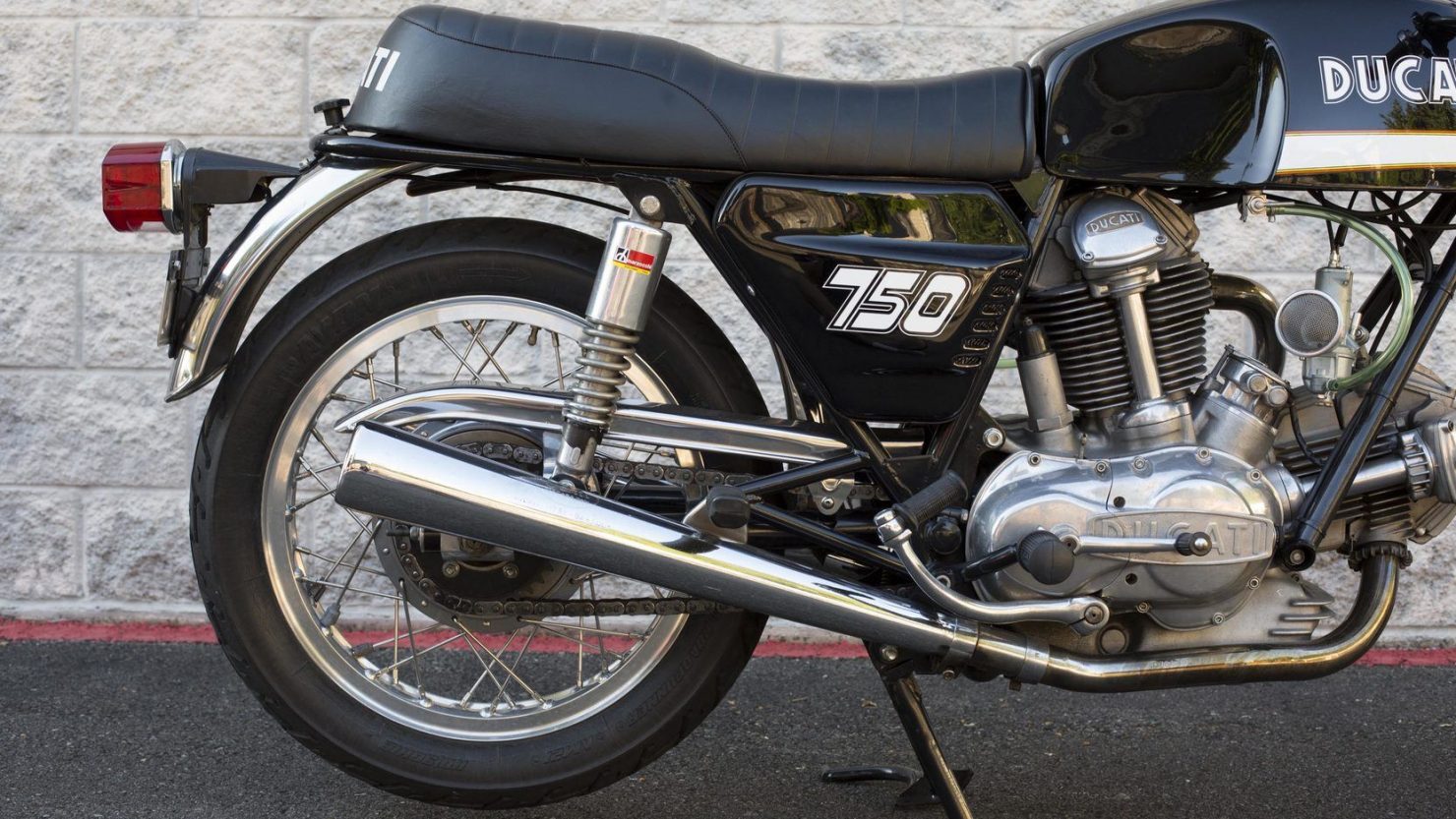 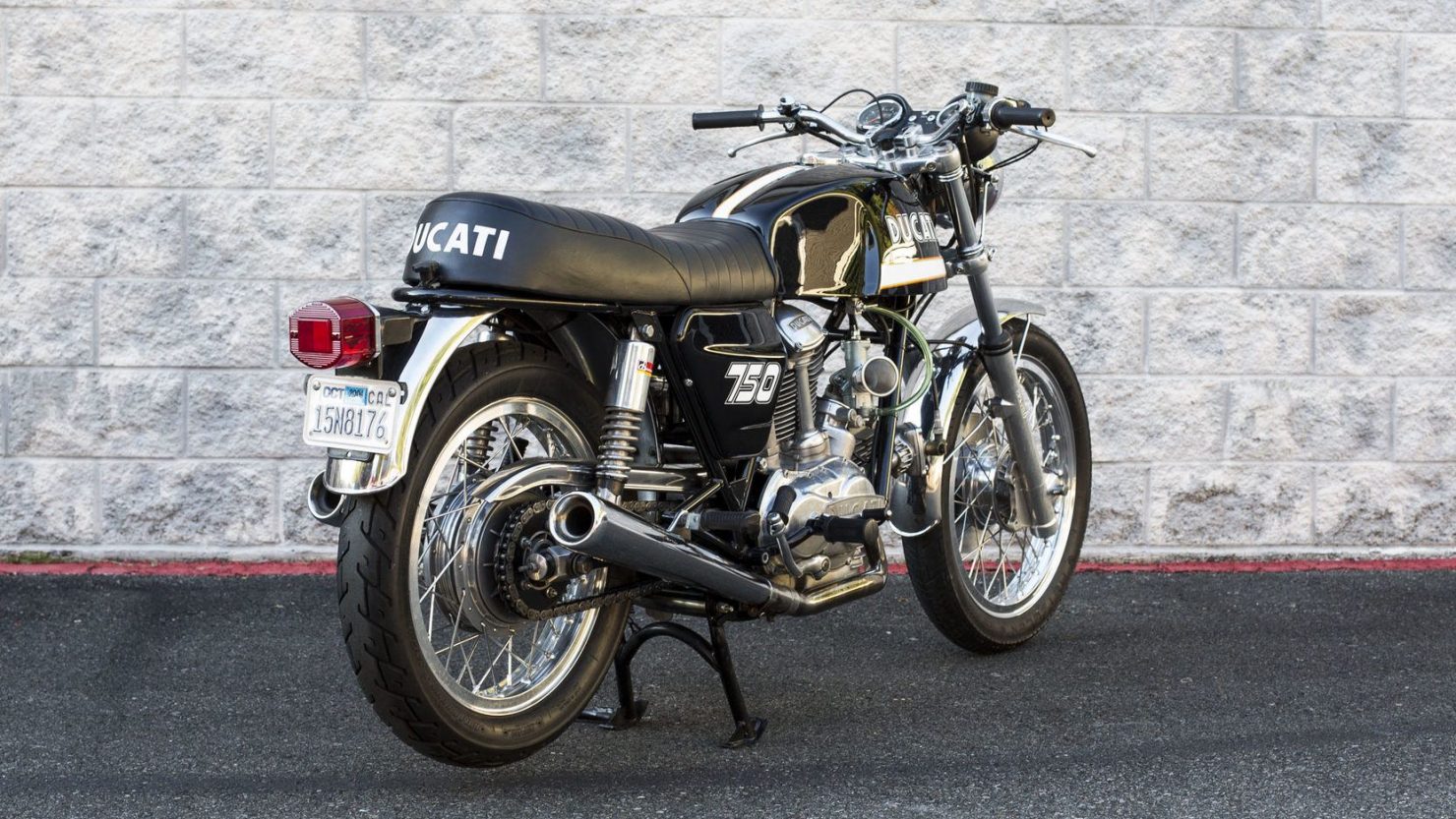 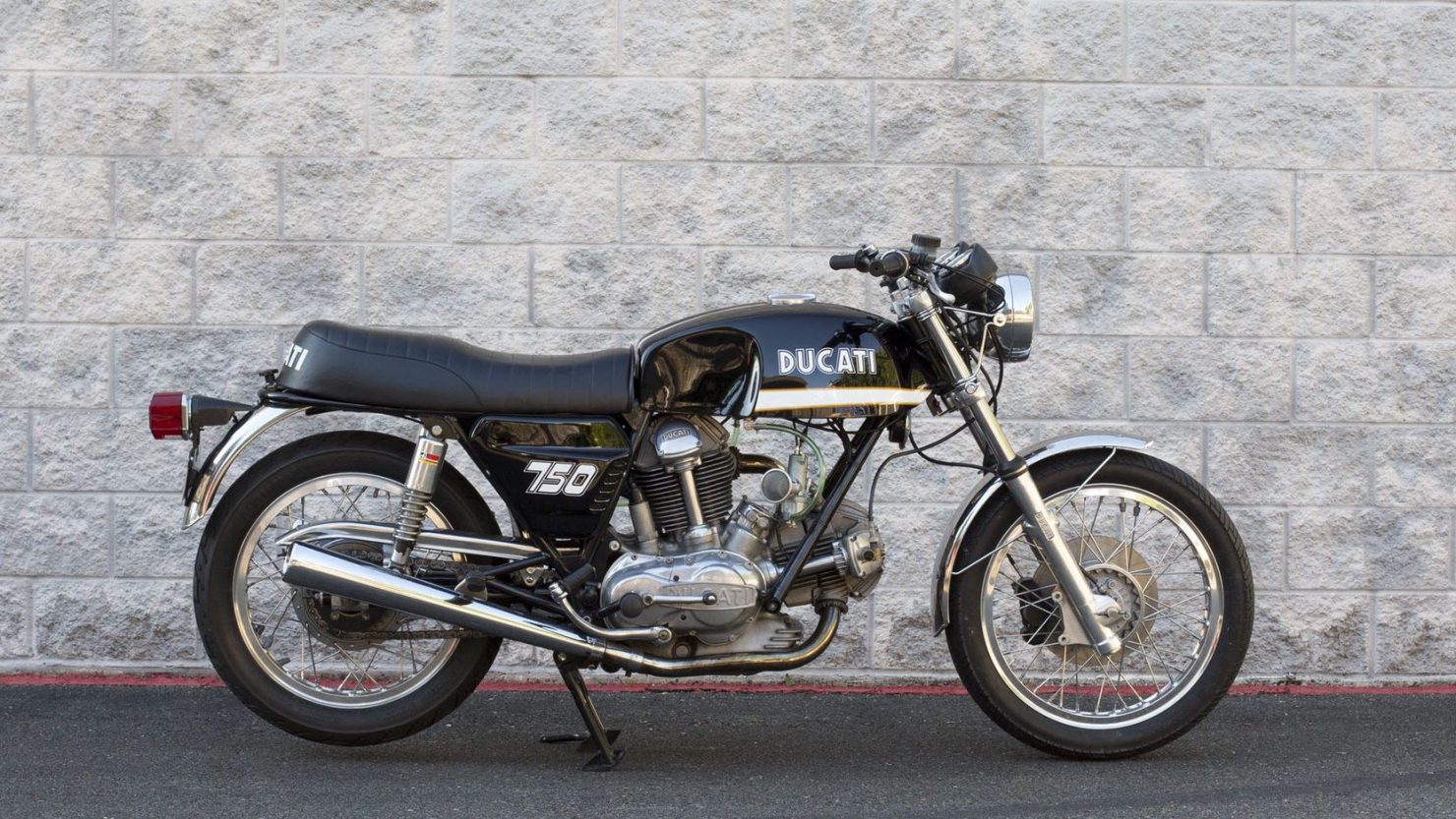 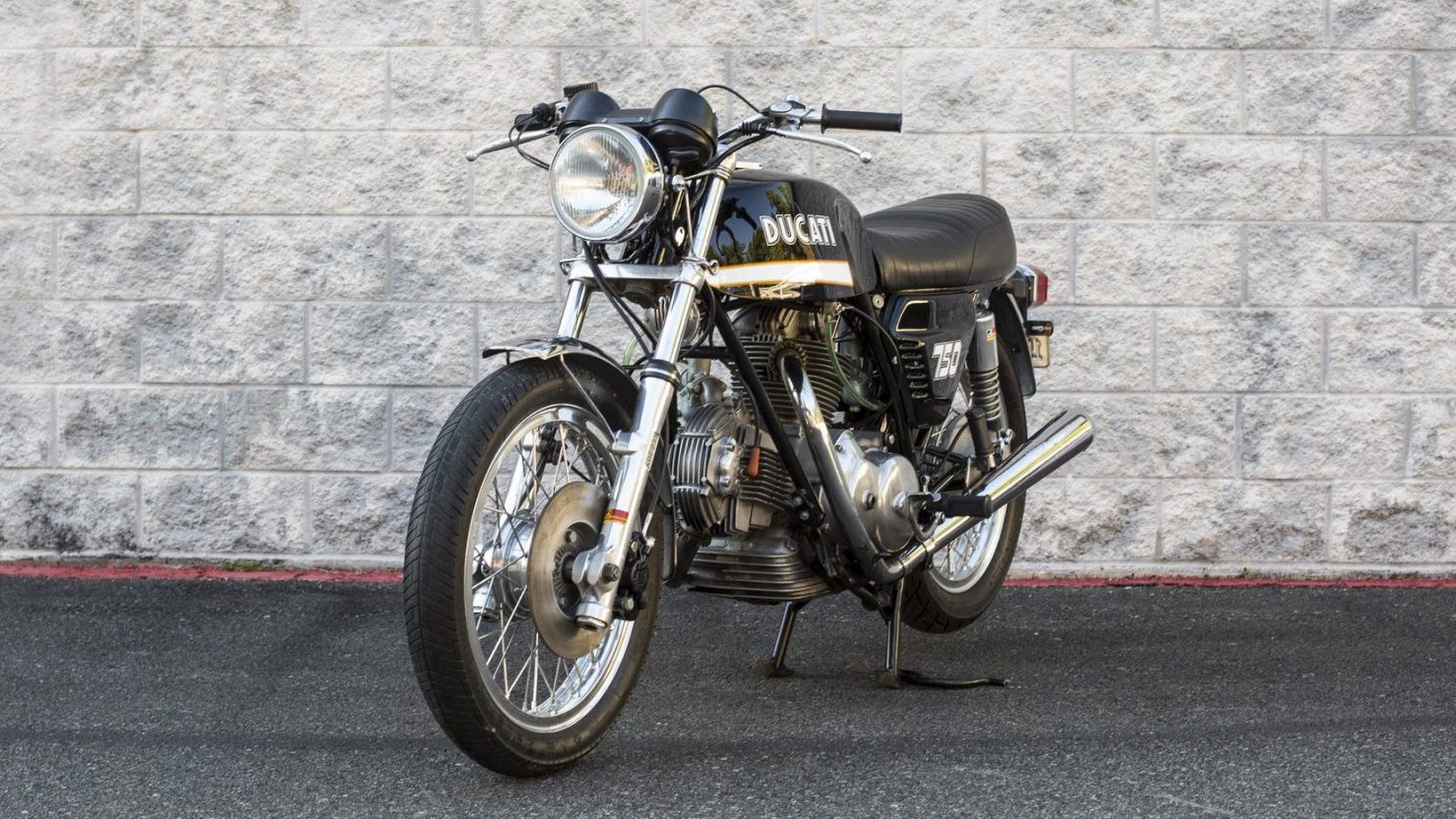 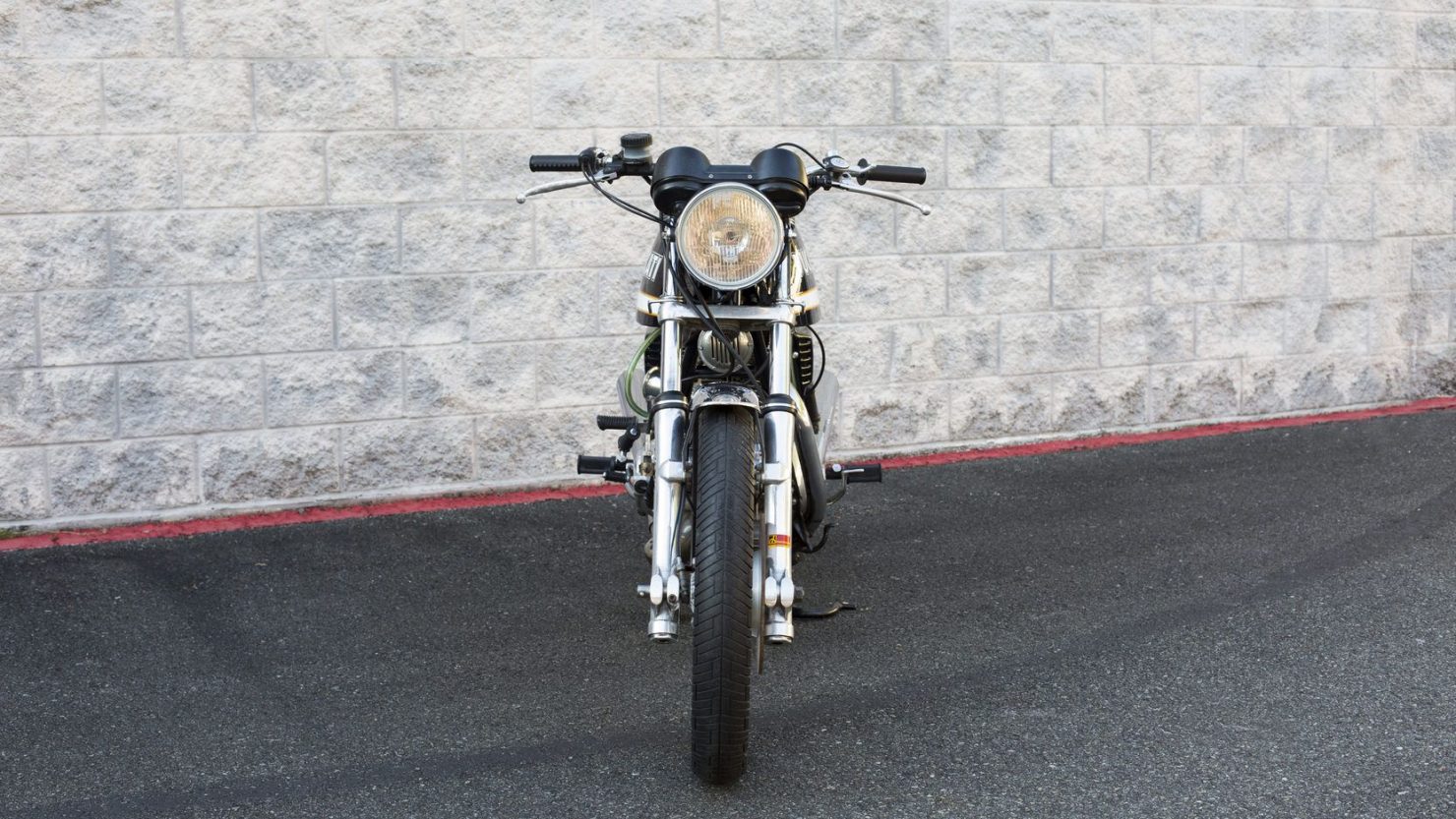 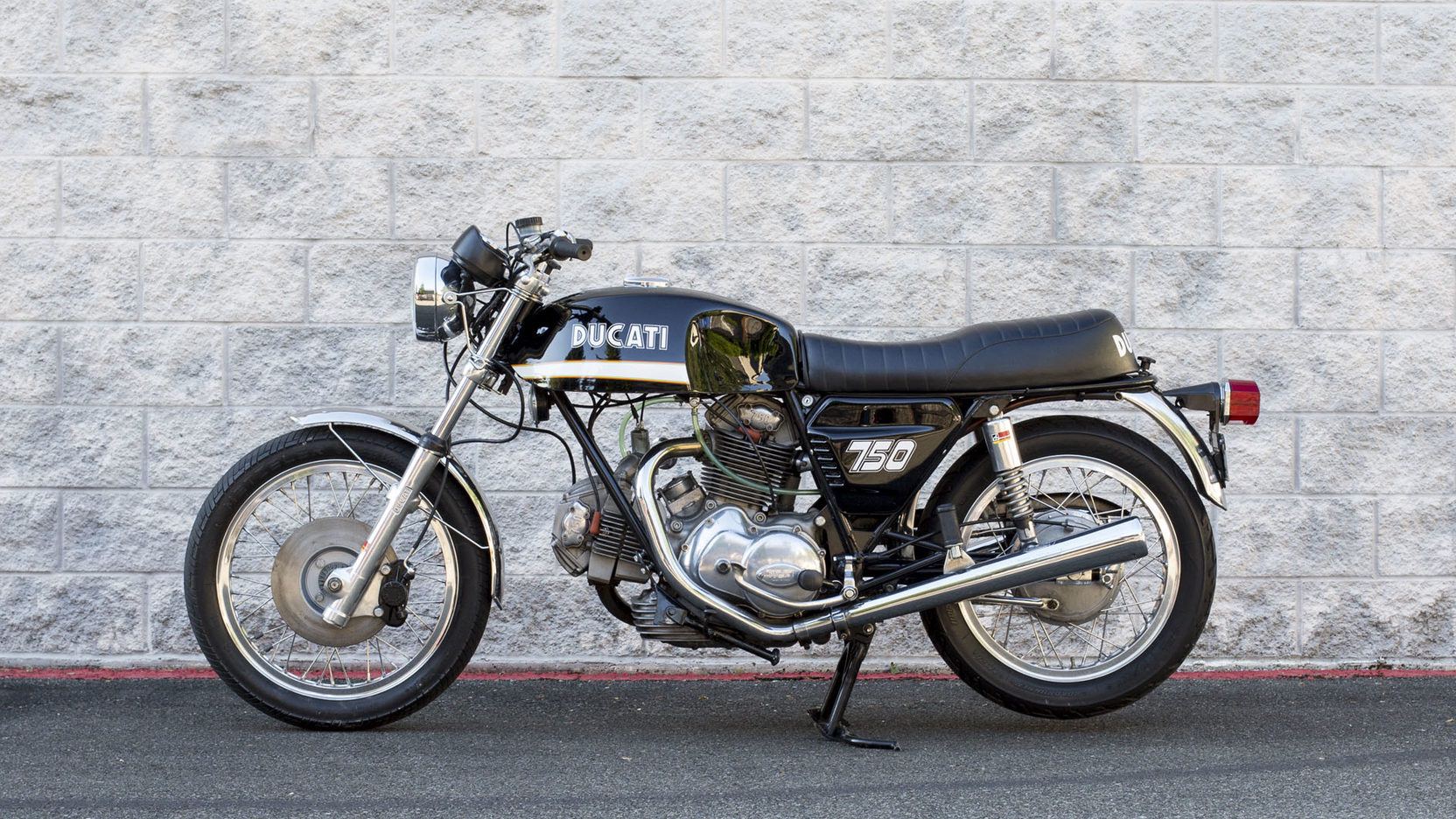