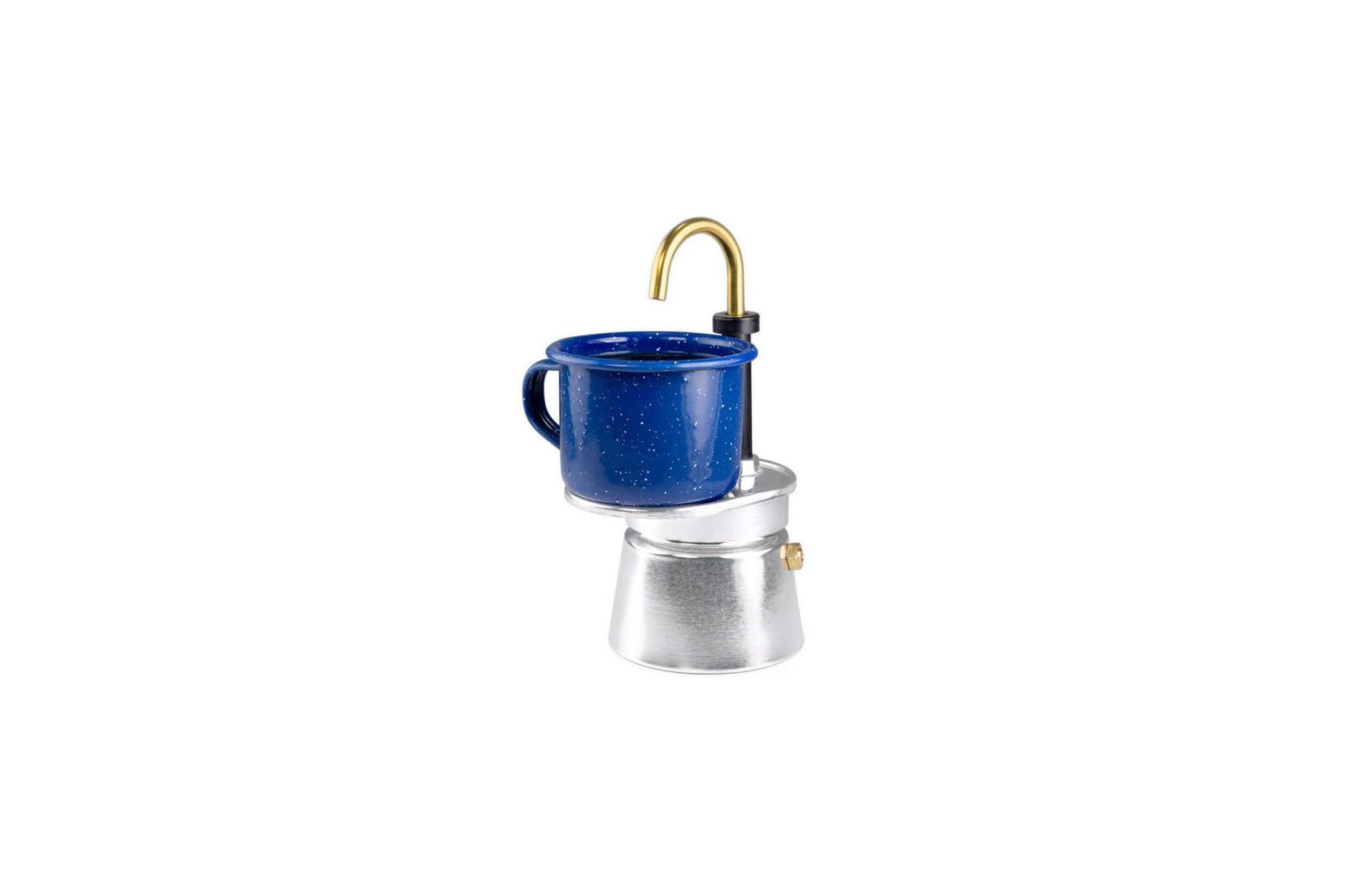 The Mini Espresso Maker by GSI Outdoors was designed for people who love the great outdoors, but can’t bring themselves to start the day with a cup of freeze-dried instant coffee.

The word “espresso” is Italian for “pressed-out” (it shouldn’t be pronounced “ex-presso” unless you want to make your barista wince), the preparation method involves passing pressurized hot water through a small amount of coffee, then directly into a small cup. Espresso is widely considered to be the purest form of coffee, with no milk, sugar, or heaven forbid, pumpkin spice syrup.

GSI Outdoors make each Mini Espresso Maker from exceptionally-rugged Glacier Stainless® steel, and it can be placed over a camp stove, campfire grill, or oven top hot plate. Once filled with water (in the bottom half, and freshly ground coffee (in the top half) it will slowly pour out a double shot of fresh espresso in 90 seconds.

With a total weight of just 8.2 ounces and dimensions of 4″ x 3″ x 4.5″ the device can be carried easily in backpack or motorcycle pannier, and it’ll have no problem fitting in your luggage if you’re going overland in a 4×4.

The total capacity is 2.5 ounces, and you load it by filling the base with water, and the upper internal section with coffee – the water then bubbles up through the coffee when it boils, and slowly trickles out of the spout into the cup.

GSI Outdoors also make small baked enamel Graniteware 4 ounce espresso cups in red, blue and green, though any normally sized espresso cup will work so long as it fits under the spout. 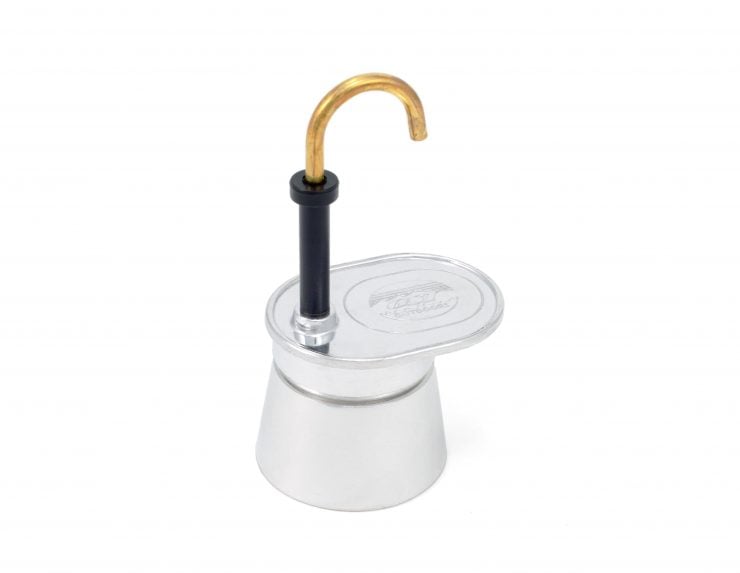 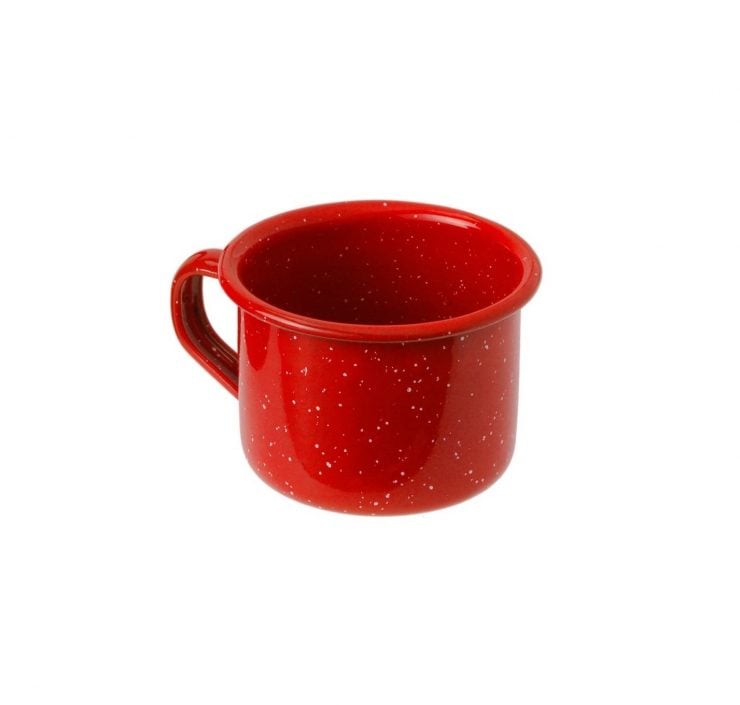 Published by Ben Branch - March 15th 2018
Related Posts
Ever Wanted To Hit The Ski Slopes On A Porsche? The Arova-Porsche 212 Skibob Has You Covered