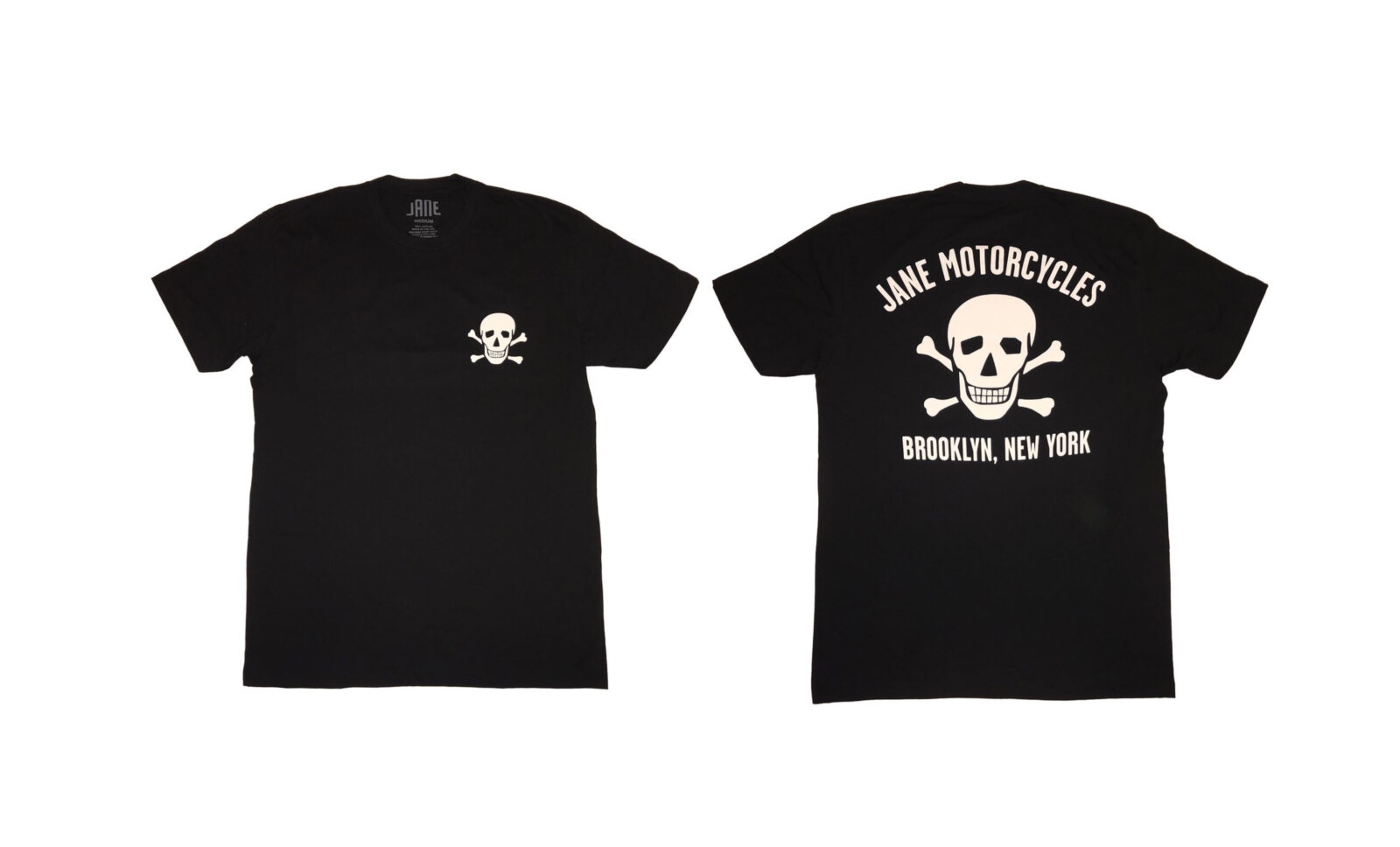 The Jane Motorcycles Bowery Skull T-Shirt is made in the USA from 100% cotton, and it bears the logo of what is almost certainly the most famous custom motorcycle shop in Brooklyn.

Jane Motorcycles is based near the Williamsburg Bridge, and they don’t just sell bikes, they also offer gear, apparel, art, books, and perhaps most importantly – world-class coffee. 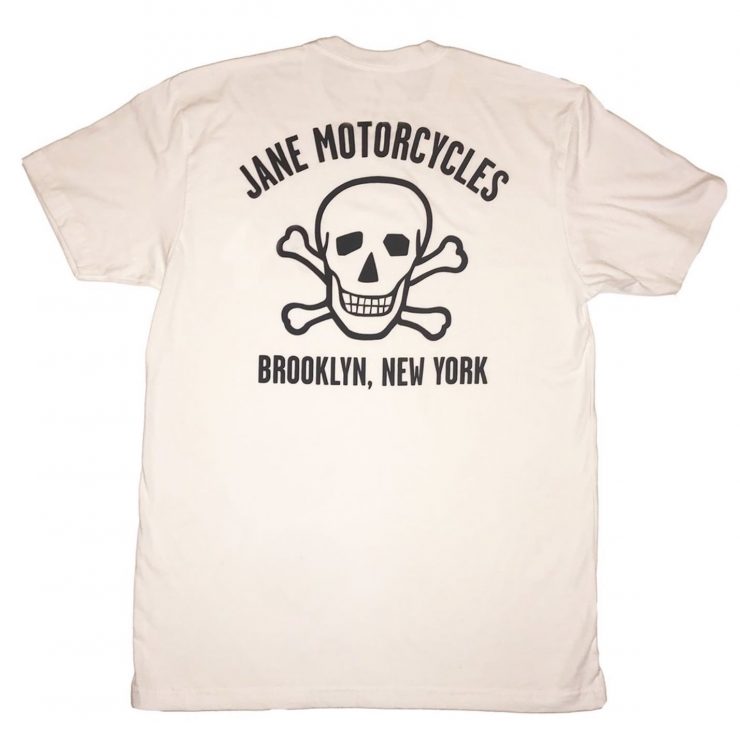 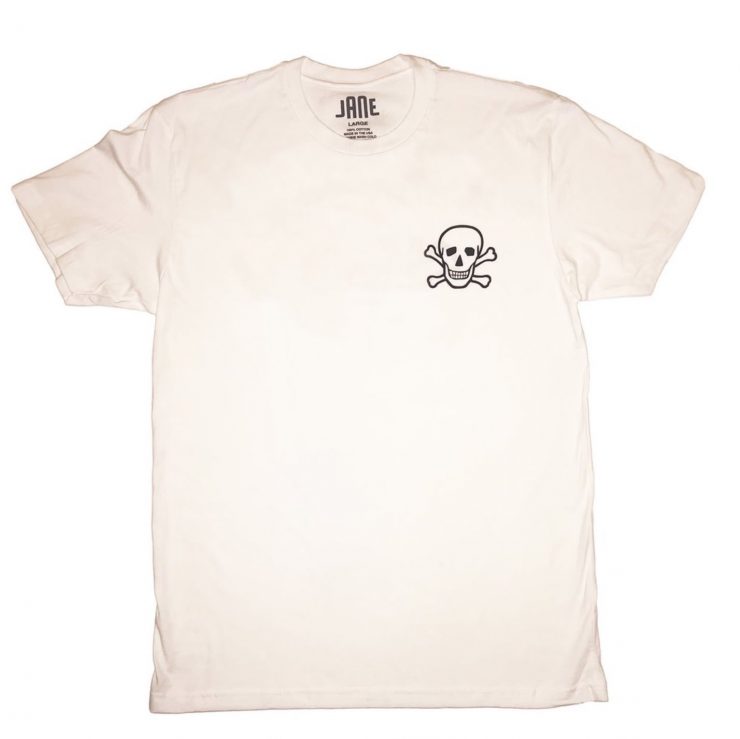