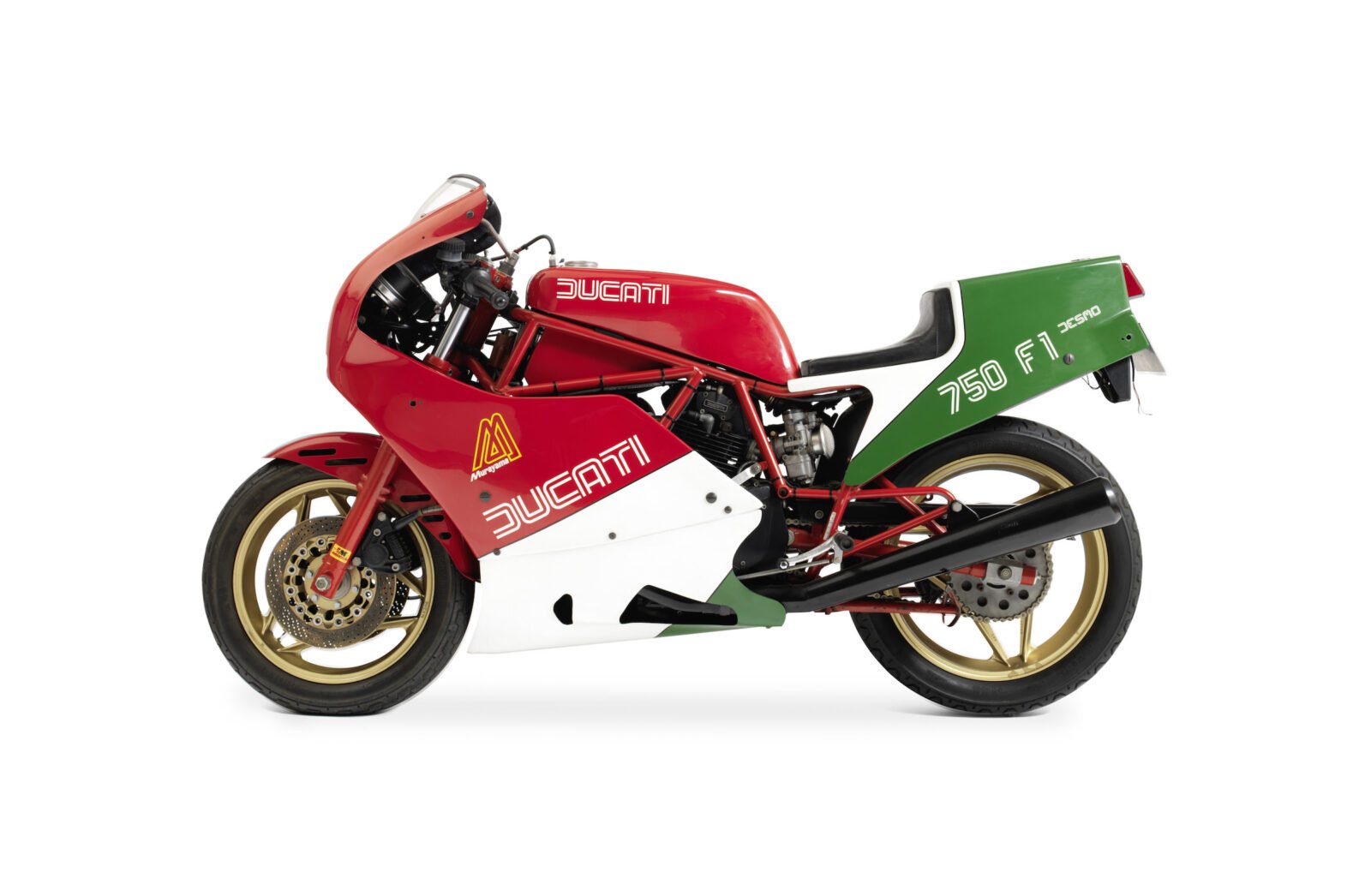 The Ducati 750 F1 is remembered by the marque faithful as the last of the original Ducatis, it would be the last superbike developed and built by Ducati before the Cagiva takeover in late-1985.

Controversially, Cagiva had intended to rebadge Ducati motorcycles with their own branding, however this would likely have led to an armed insurrection across the Italian peninsula, ending in public hangings à la Mussolini.

Wisely the Cagiva board of directors elected to keep the Ducati name alive.

In ’82 Ducati decided to build the 750cc version of their world-beating 600 TT2 for Formula 1 competition. The 750 F1 was never as successful as its slightly smaller engined stablemate, but its DNA was unparalleled and before long the public were clamoring for a street-legal version they could buy from their local dealership. 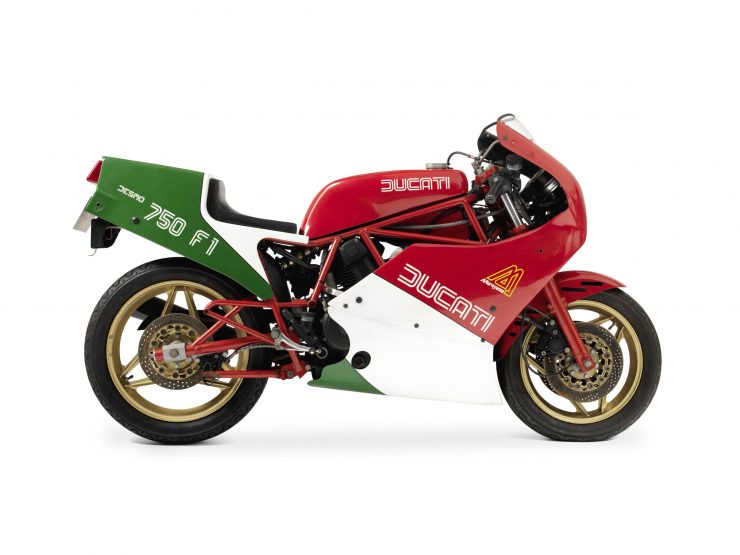 When it was released in the mid-80s the 750 F1 was one of the best handling superbikes you could buy, although buying one wasn’t all that easy – just 1,801 were made for global distribution between 1985 and 1986. Special editions came in the form of the 1986 750 F1 Montjuich, then in 1987 the 750 F1 Laguna Seca and 750 F1 Santamonica made an appearance – all of which were named after great Ducati race track successes and offered increased performance over the original F1.

Under its attractive, aerodynamic bodywork the 750 F1 used a tried and tested Ducati formula: an air-cooled L-twin that acts as a stressed member, a trellis frame, twin Dell’Orto carburetors, and a hefty dose of Italian magic. Up front there are twin Brembo discs with a single Brembo in the rear, suspension consists of Marzocchi 38mm non-adjustable forks up front with a Marzocchi monoshock cantilever swingarm in the rear.

Ducati managed to keep the weight of the 750 F1 down to 175 kilograms (386 lbs), this coupled with the power output of 62.5 hp at 7500 rpm gave the bike a top speed of 206 km/h (~130 mph). Not blistering figures for the era but when coupled to the excellent handling and low kerb weight, resulted in the 750 F1 being a remarkably engaging motorcycle to ride.

Surviving examples are now rarely available and often spend decades with each owner, as people are typically reticent to let them go – particularly if they own one that they know is all original and well cared for.

The bike you see here is an original first year model from 1985, it has just 4,793 kilometres on the odometer from new, and is listed as having bodywork in generally good condition. Before taking to the road it would need a new set of indicators and mirrors, and a thorough servicing in the hands of a Ducati specialist.

With an estimated value in the £7,000 to £11,000 range it’s a bike that represents a great buying opportunity and possibly a good investment too – it’s very doubtful that these will still sell for under $20,000 USD in 10 years time. If you’d like to read more about it or register to bid, you can click here to visit the listing on Bonhams. 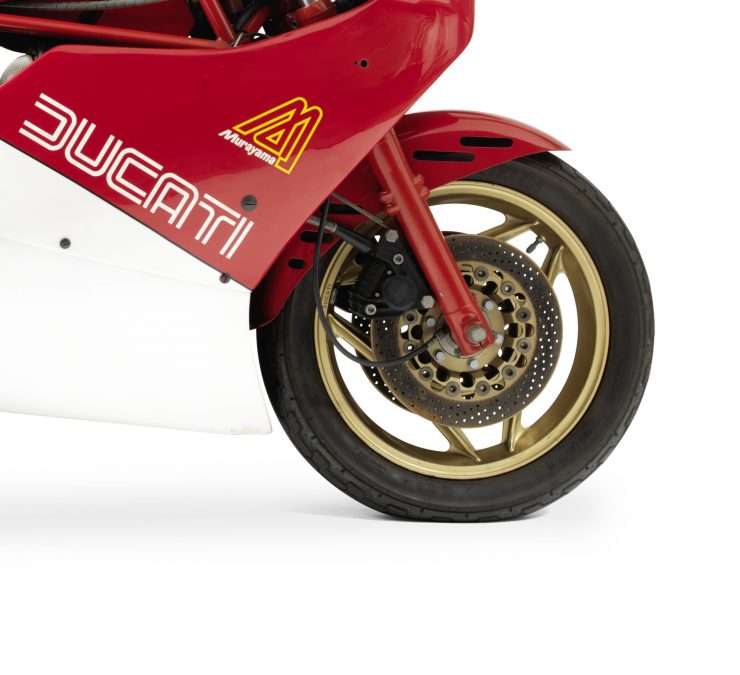 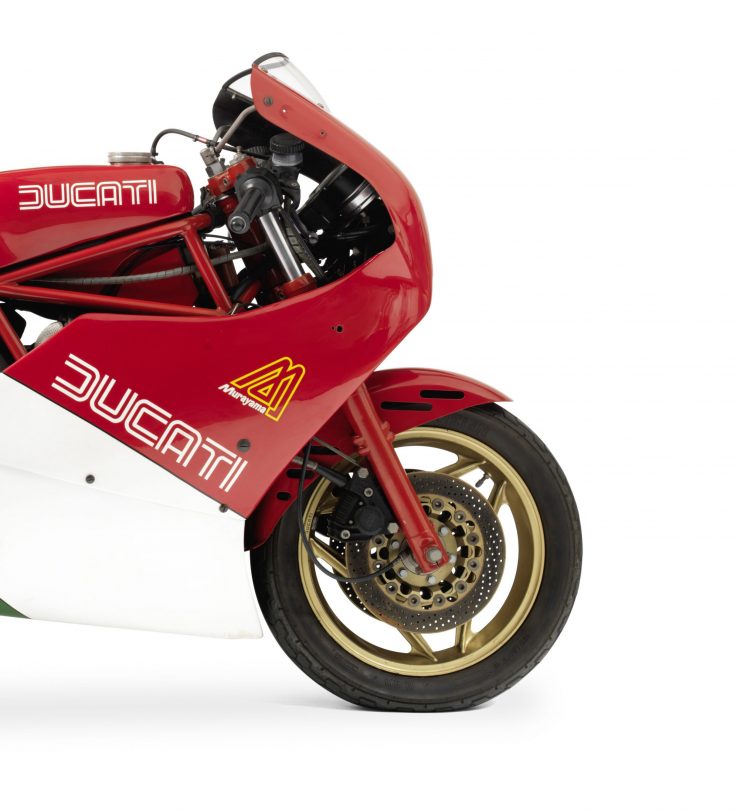 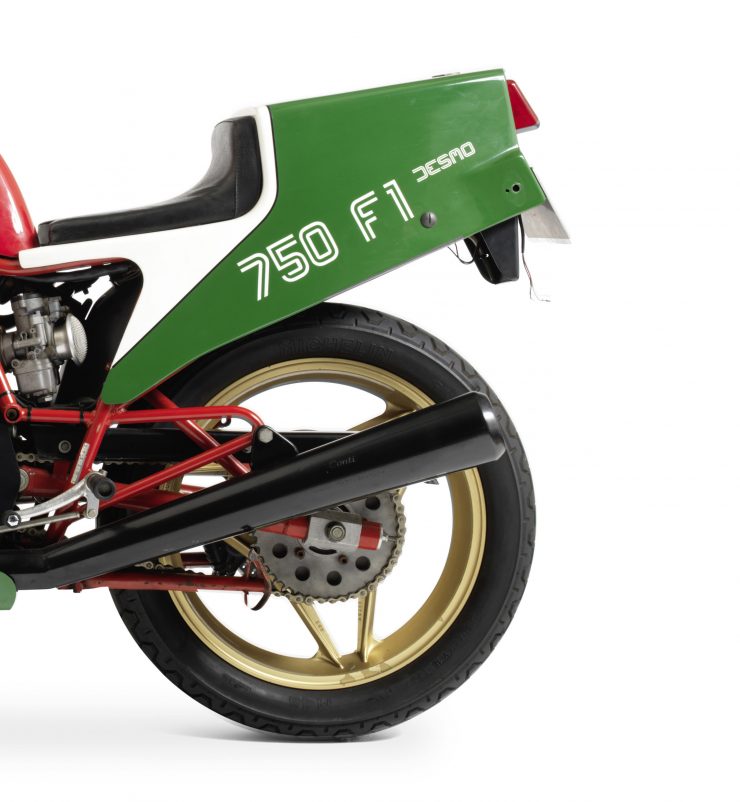 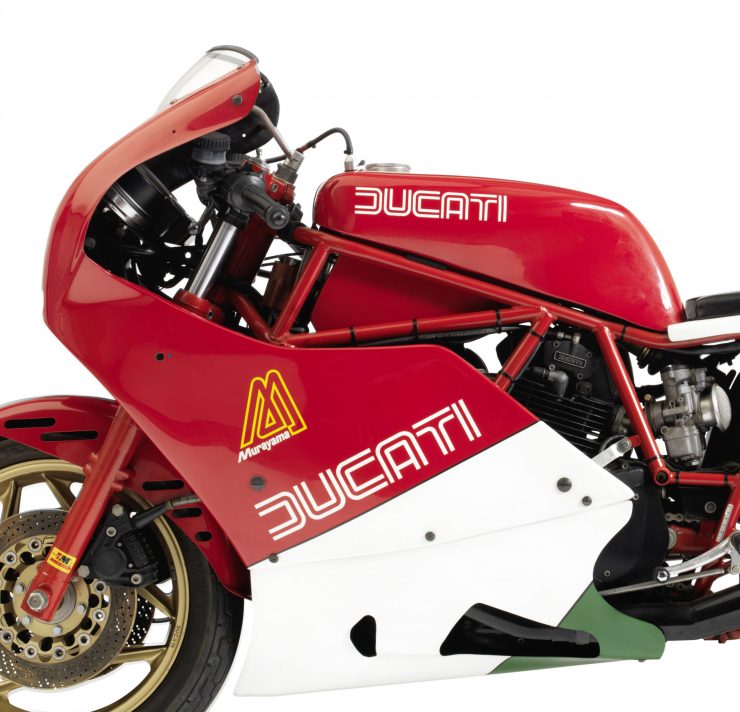 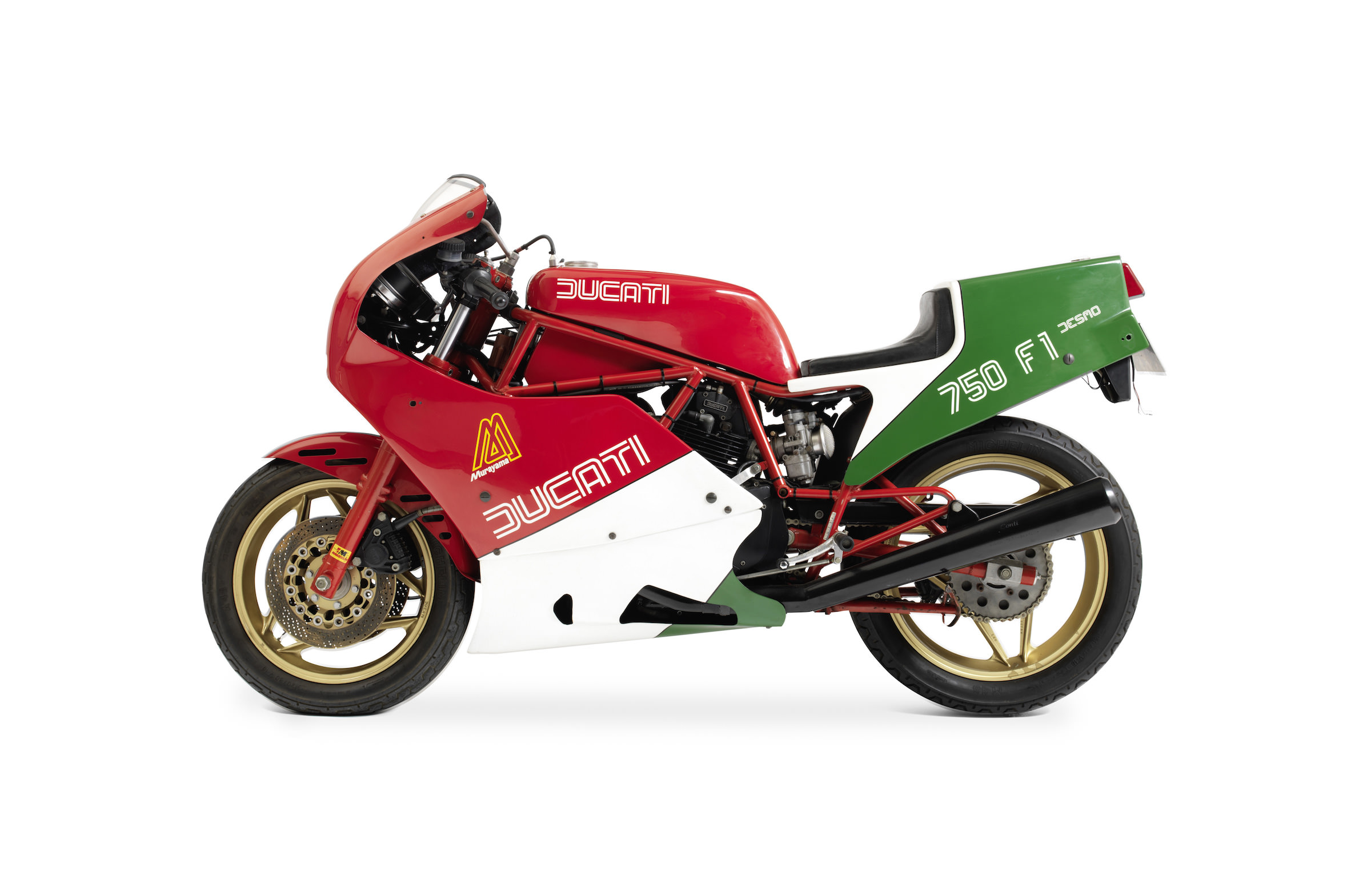