The horses ridden by the four horsemen of the apocalypse are said to be white, red, black and pale. After having a look over the heavily modified Ducati 749 you see here, I’ve come to the conclusion that it’s the black horse, which I guess makes Gustavo Penna of Apogee Motorworks the friendliest harbinger of global doom you’re ever likely to meet.

The bike started life as a stock Ducati 749, Gustavo used it as his canyon carver and weekend track bike for a number of years before he decided to take out the spanners and see what was hiding beneath the Pierre Terblanche designed fairings. In order to make the new, stripped back 749 truly apocalyptic he opted to install a fire-spewing 749R engine – a power unit with a higher red line than the stock engine as well as racing cams, titanium valves, valve guides, and connecting rods, magnesium head covers, a slipper clutch and carbon fiber belt covers.

Terblanche’s original design for the 749 included a fuel tank and seat that could be slid forwards or backwards to suit the rider and allow perfect posture – sadly the feature didn’t make the production line, but Gustavo liked the idea and so he re-engineered the rear sub-frame and fuel tank to allow full adjustability.

Perhaps the element on the bike that received more attention than any other was that beautiful exhaust, Gustavo designed it with the help of his friend who works at NASA’s Jet Propulsion Laboratory. The two men used computational fluid dynamics to optimise the design, then 3D printed it to ensure it fit around the tightly packaged Desmodromic L-twin before having it welded by hand from titanium.

If you think that the finished bike looks like the sort of thing that’d be ridden by a Russian millionaire, the CEO of Audi North America or the President of Azerbaijan you’d be correct on all 3 counts – Gustavo has already built 3 other Ducatis based on the 749 you see here (which he named ‘Francesca’) and shipped them to the 3 men mentioned above. He’s now taking orders for additional units, each bike takes a minimum of 90 days to build depending on the donor motorcycle and he’ll only work with Trellis-framed Ducatis.

If you’d like to contact Gustavo and order your own custom you can click here, we’ll also be keeping a close eye on his future builds – specifically for white, red and pale motorcycles. 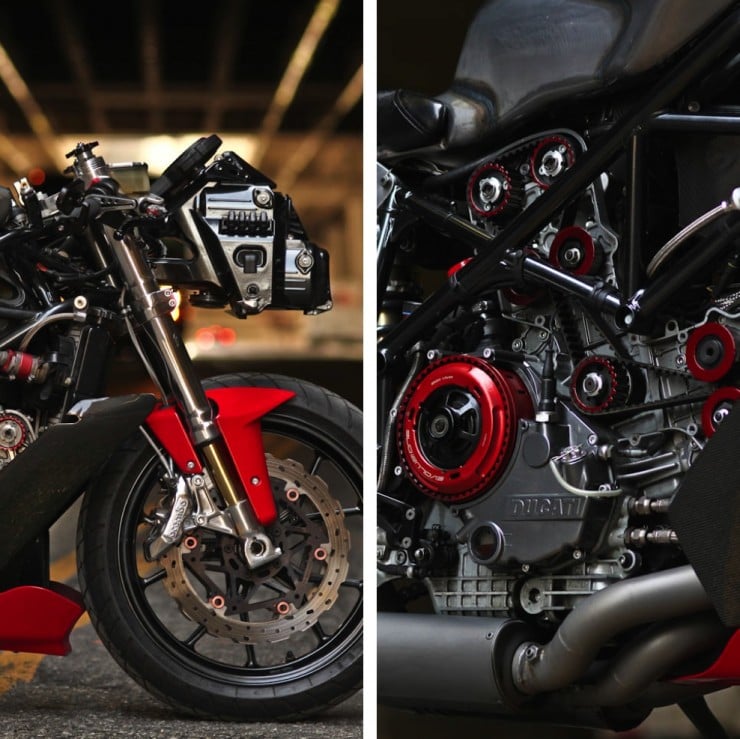 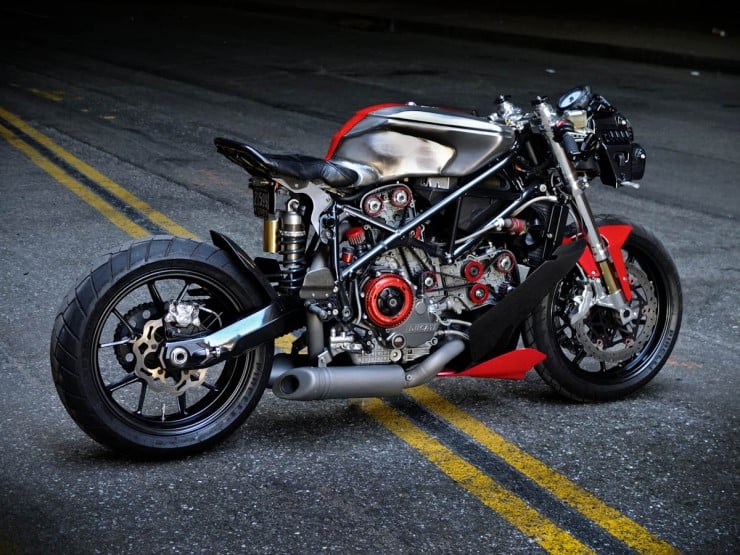 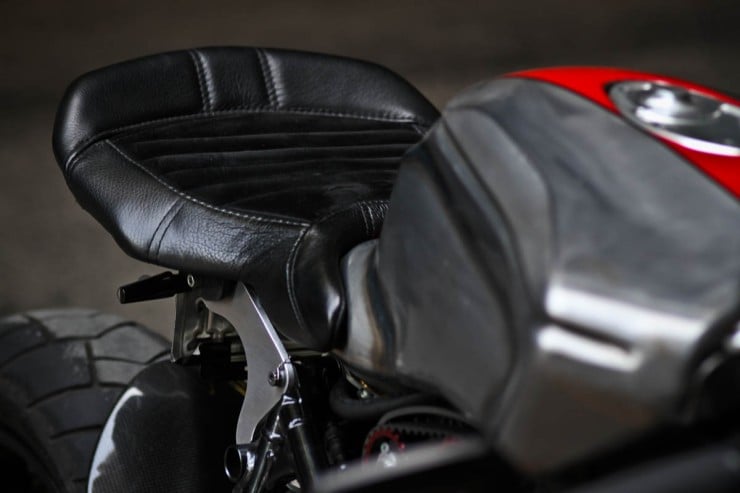 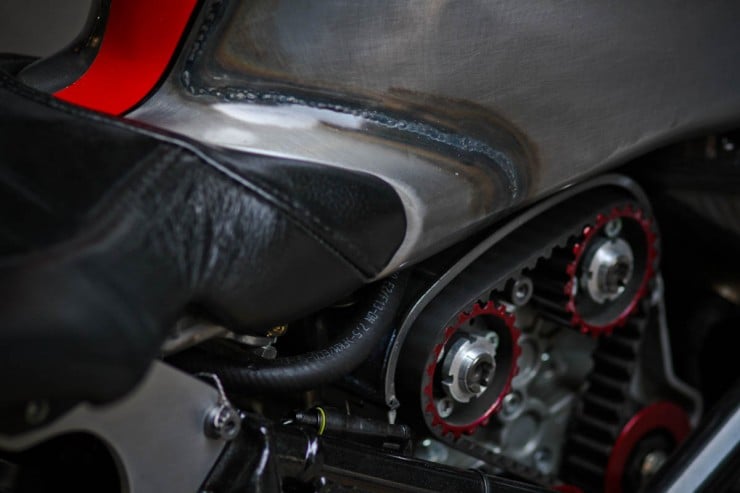 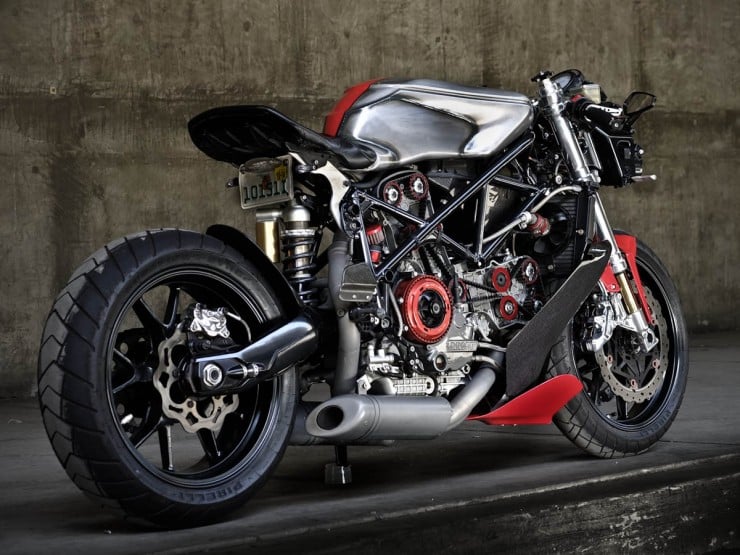 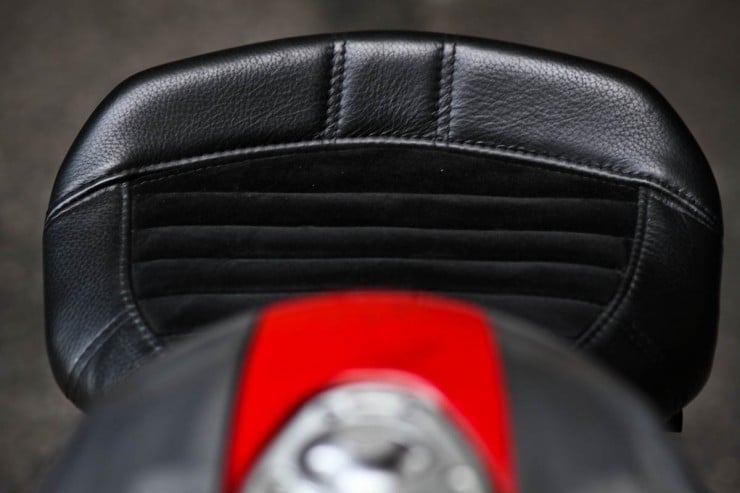 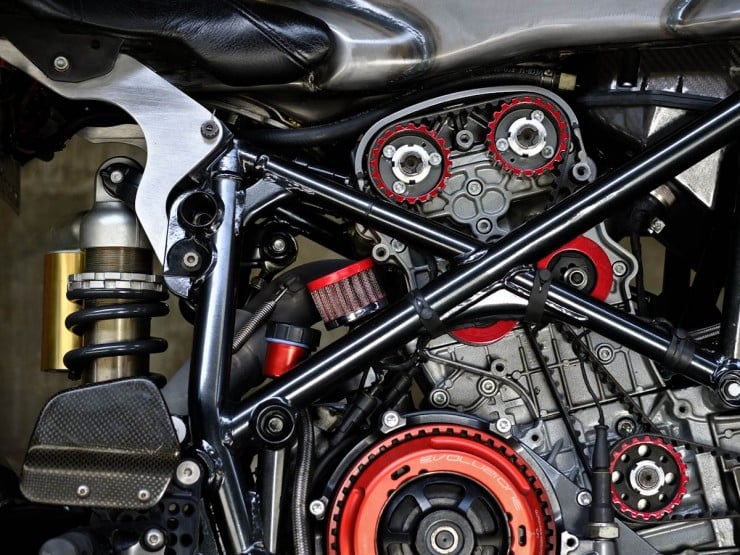 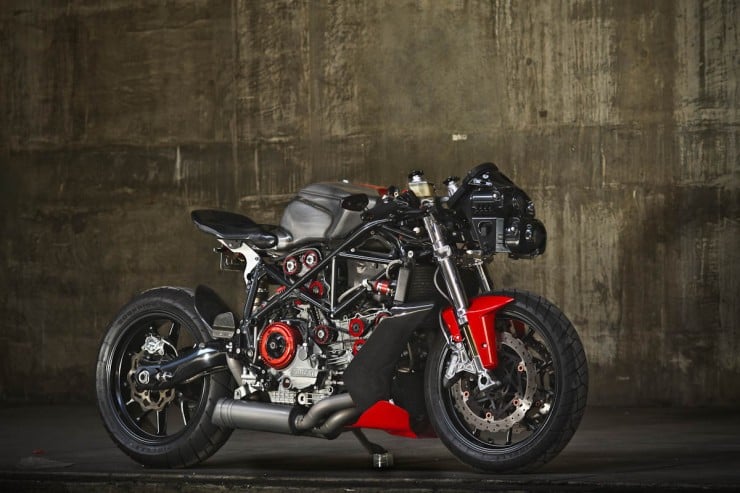 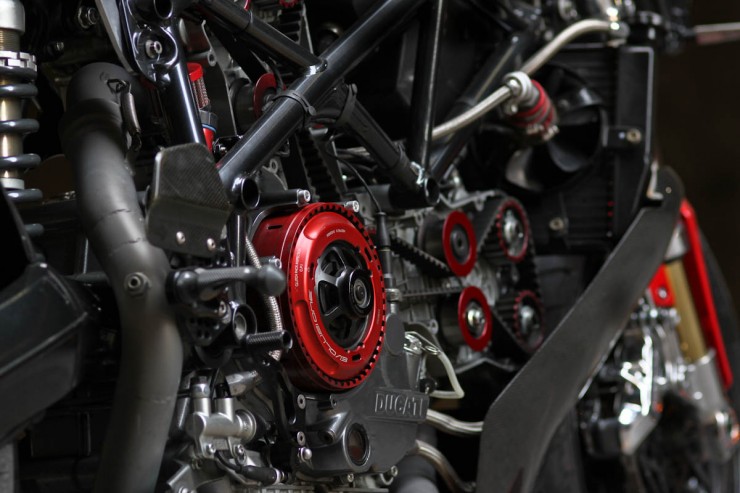 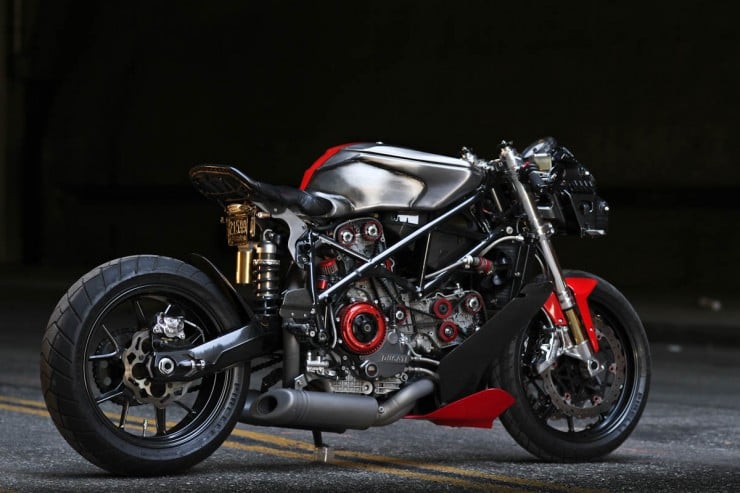 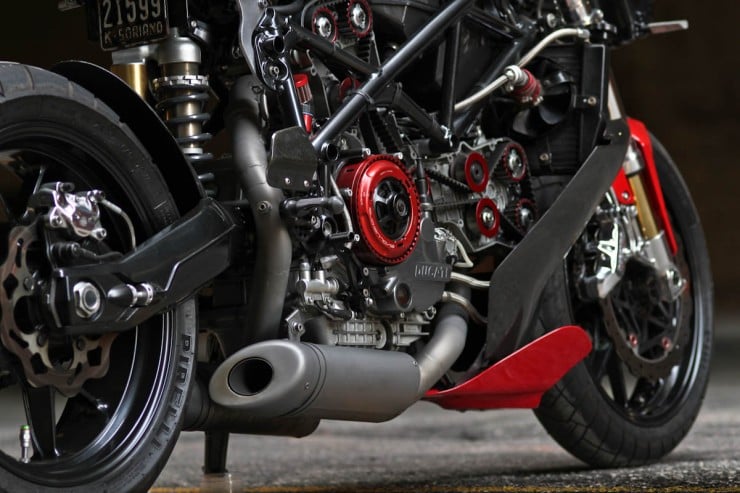 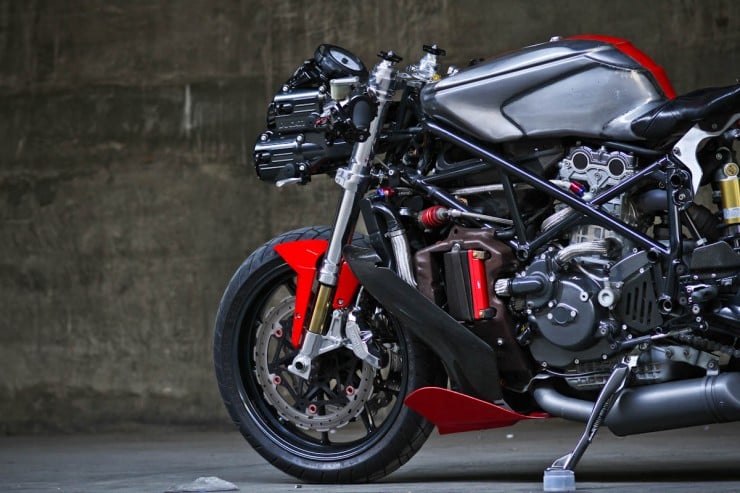 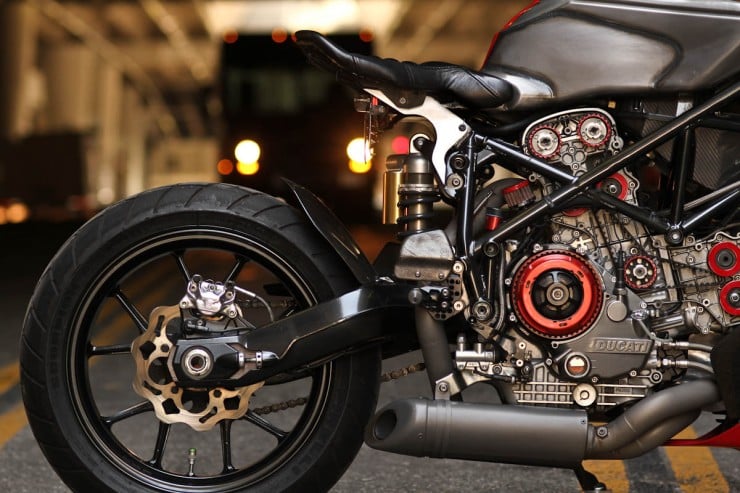 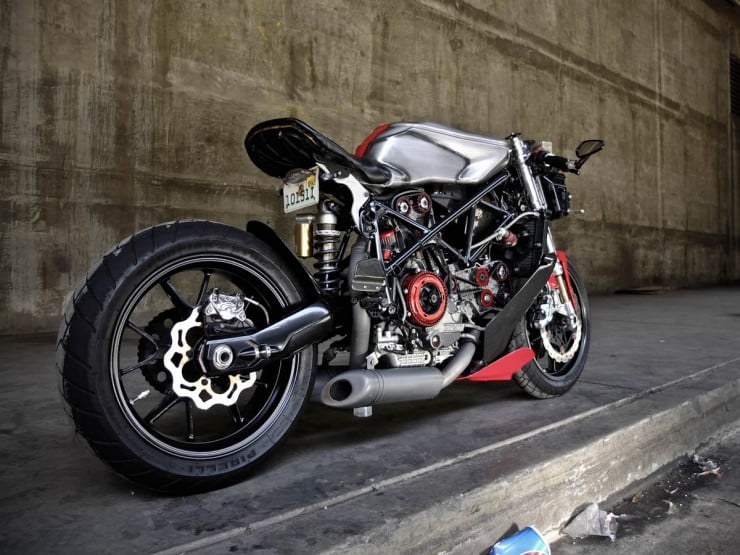 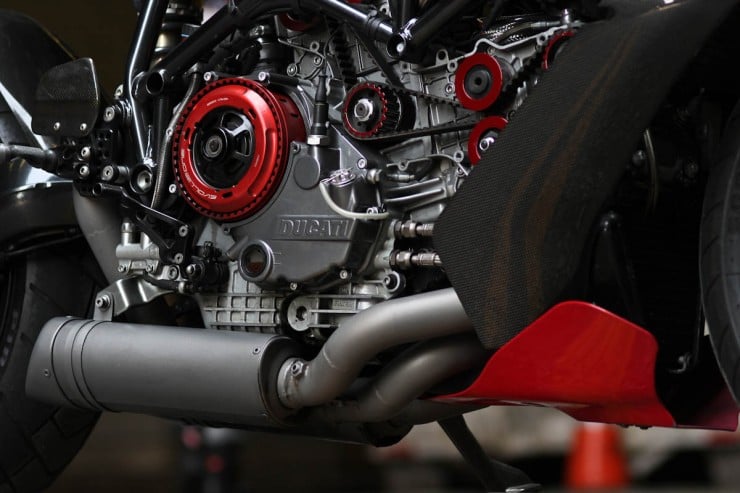