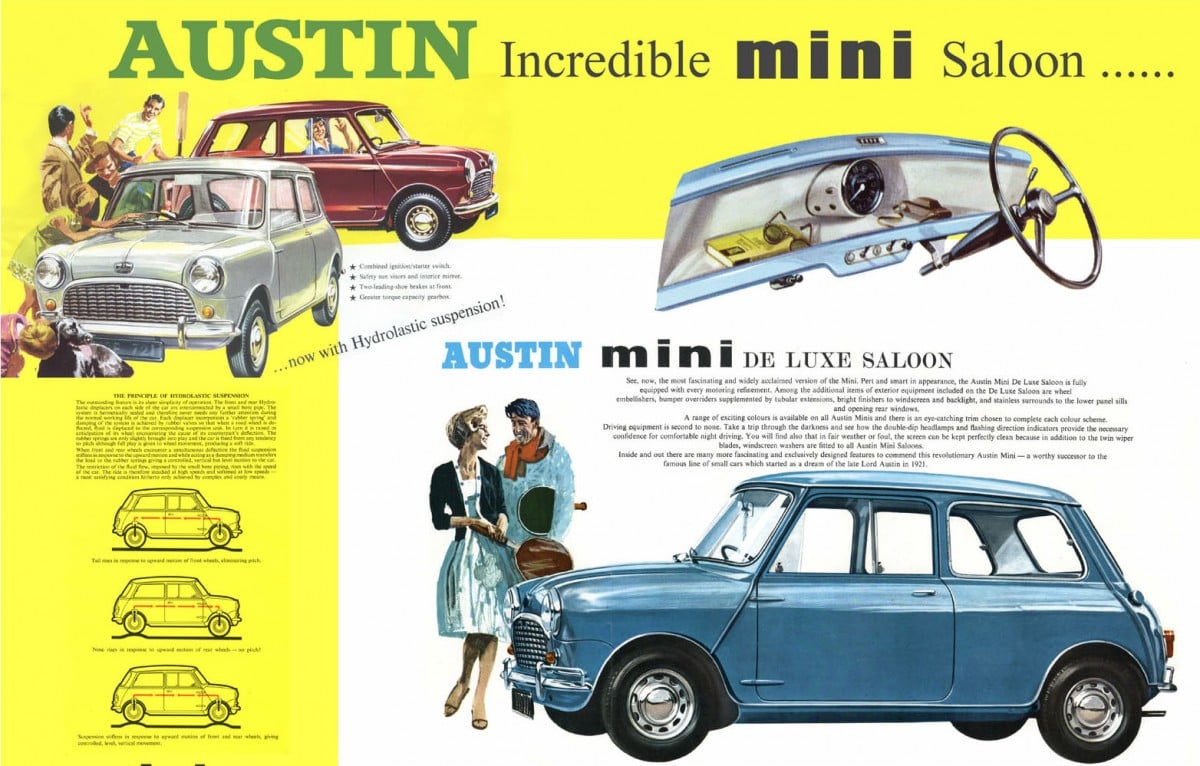 The Austin Mini was a hugely influential automotive design, its use of front wheel drive removed the need for a driveshaft down the centre of the cabin, allowing 80% of the space to be used for passengers and their luggage. This innovation led to the Mini developing a reputation as quite roomy despite its smaller size and it’s said to have a large impact and influence of vehicle designers throughout the second half of the 20th century.

The poster you see below was created from an original ’60s era brochure by Classic Motor Ads, it’s been reprinted at 61cm x 75cm on 230gsm matte Lightfast paper and can be bought for $17.19 USD. 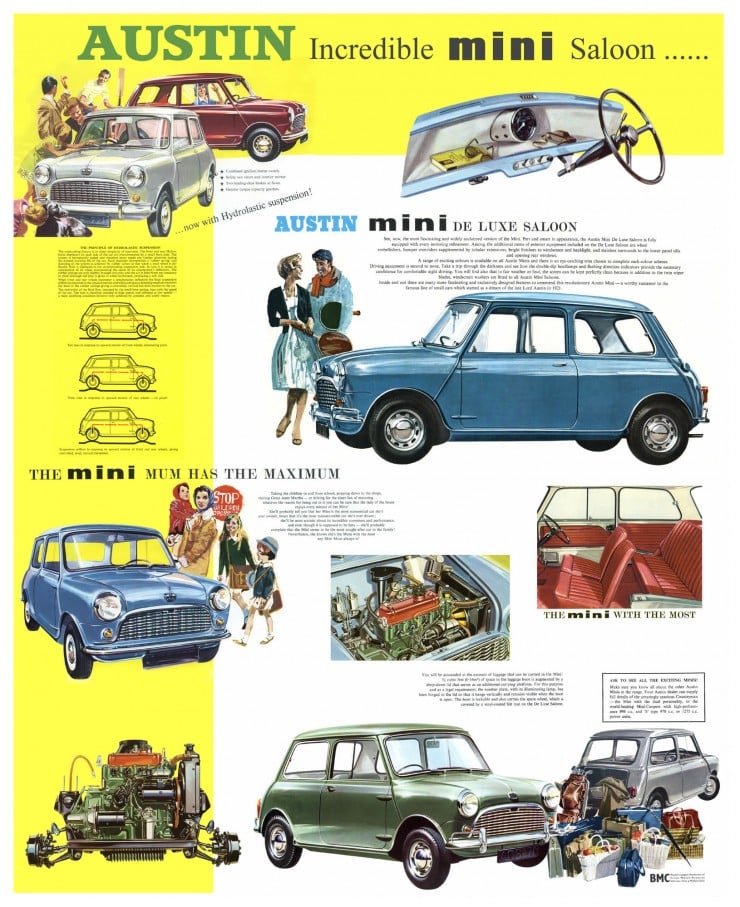 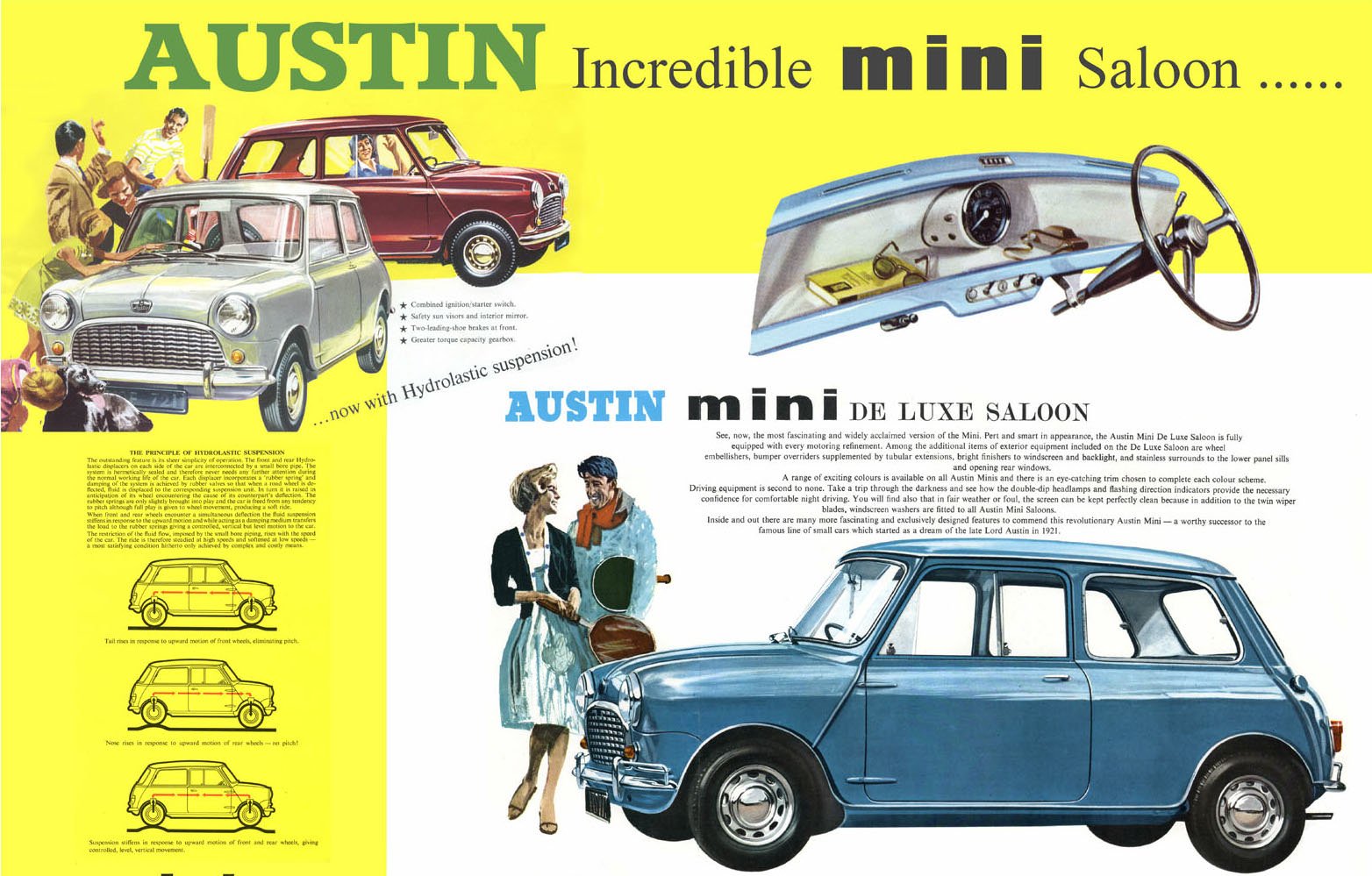