The Racer by DP Customs 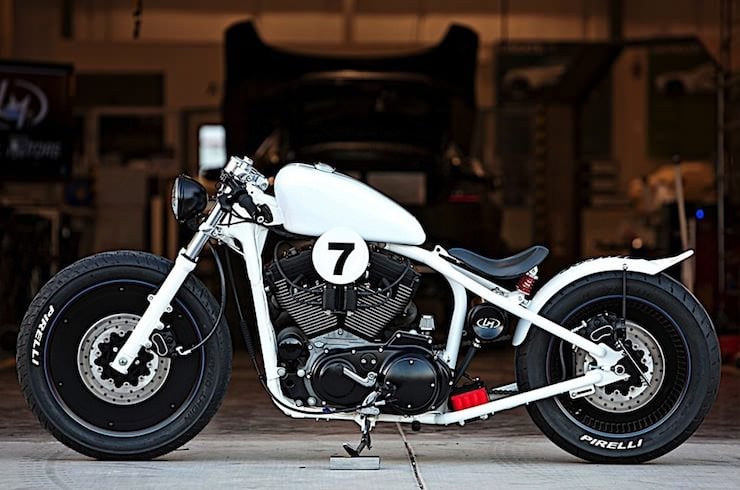 DP Customs have a habit of consistently turning out some of the cleanest American customs you’ll find anywhere. They often have a vintage Formula 1 or motorsport influence which is hard not to love and this bike, called The Racer, is no exception.

The Racer is based on a 2003 1200cc S Model Sportster, although the frame is obviously a new bespoke unit the suspension on the front end was maintained as was the stock fuel tank and wiring loom. The exhaust is a DP Customs unit and the seat, grips and throttle sleeve are all from Biltwell. The pegs were located in the Burly catalogue, the tires are Pirelli Night Dragons and all the paint work was done in house by the DP Customs team.

The overall concept design of this bike was done by Andre Costa, he won a competition that was held on Local Motors with his vintage Formula 1 inspired hardtail Harley. You may not have noticed it yet, but take a look at that air intake on the right hand side, it’s immediately reminiscent of the air intake on many 1976 F1 cars including James Hunt’s Hesketh.

If you’d like to see more from DP Customs you can click the links to see The Mele, The Super Sano Beach Cruiser, The Top Fuel II and The Del Ray. 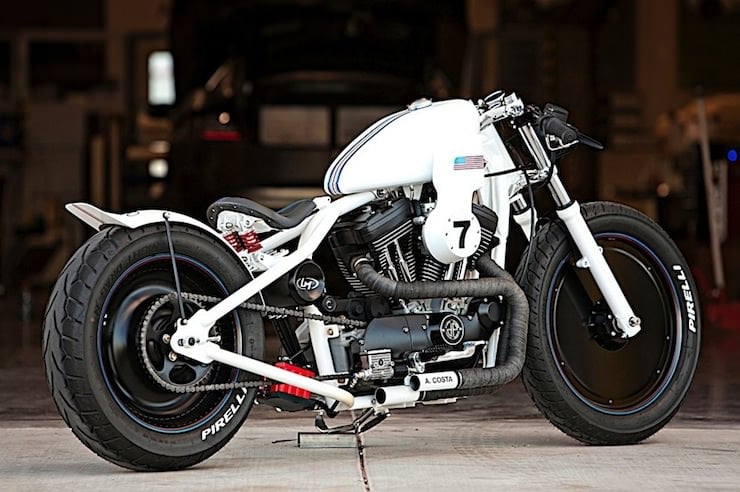 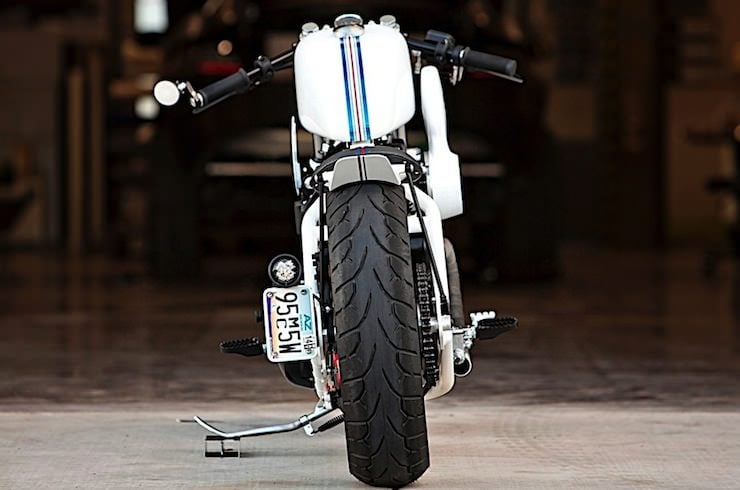 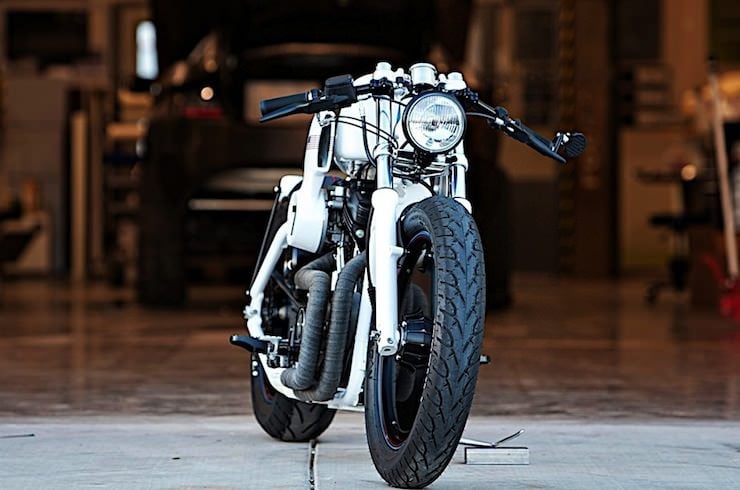 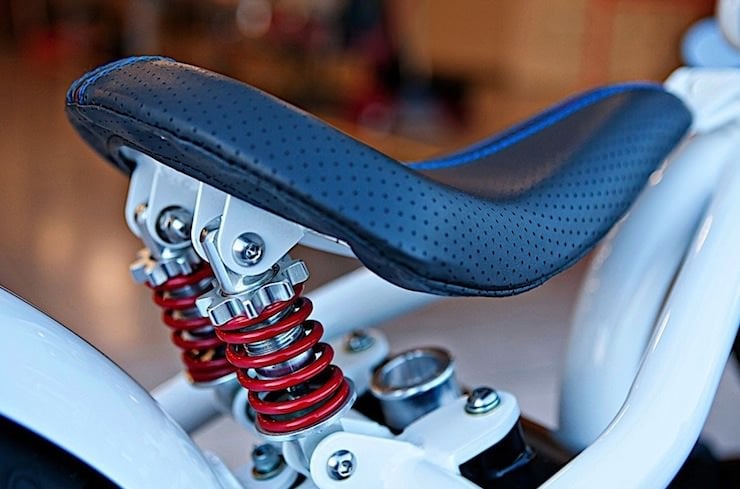 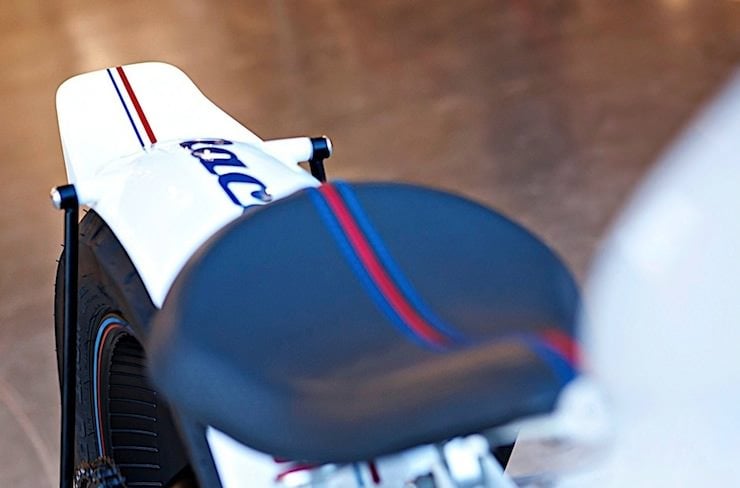 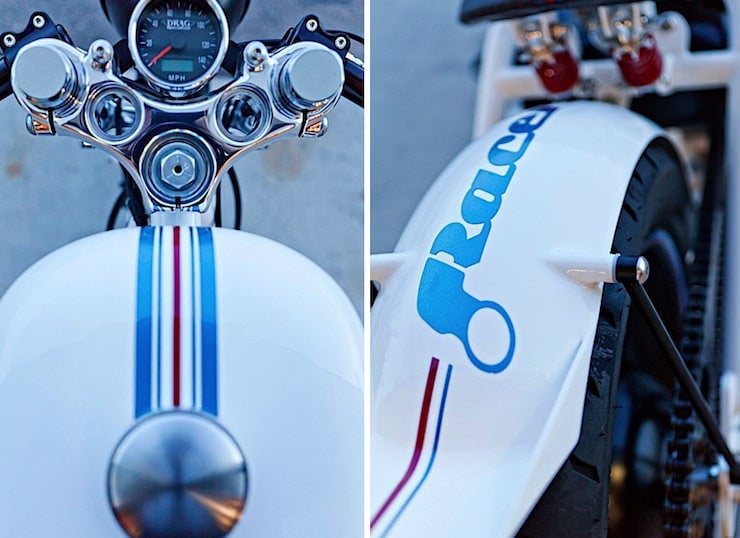 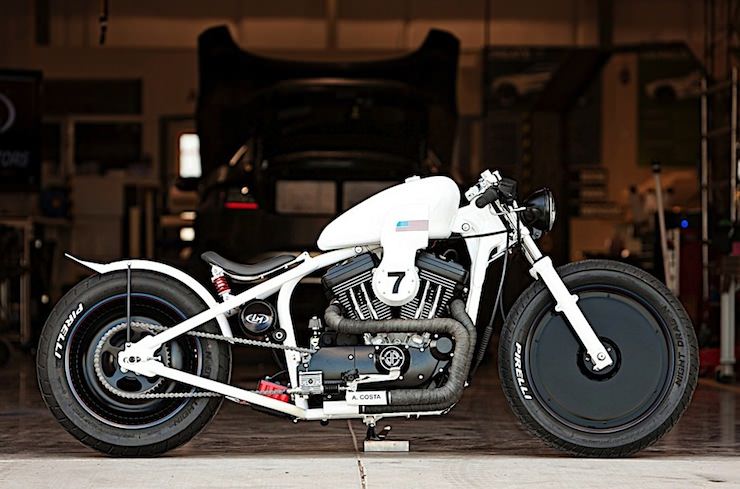 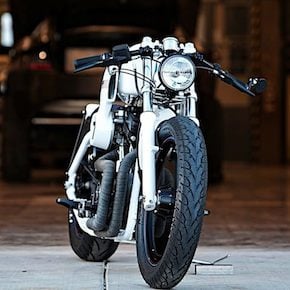