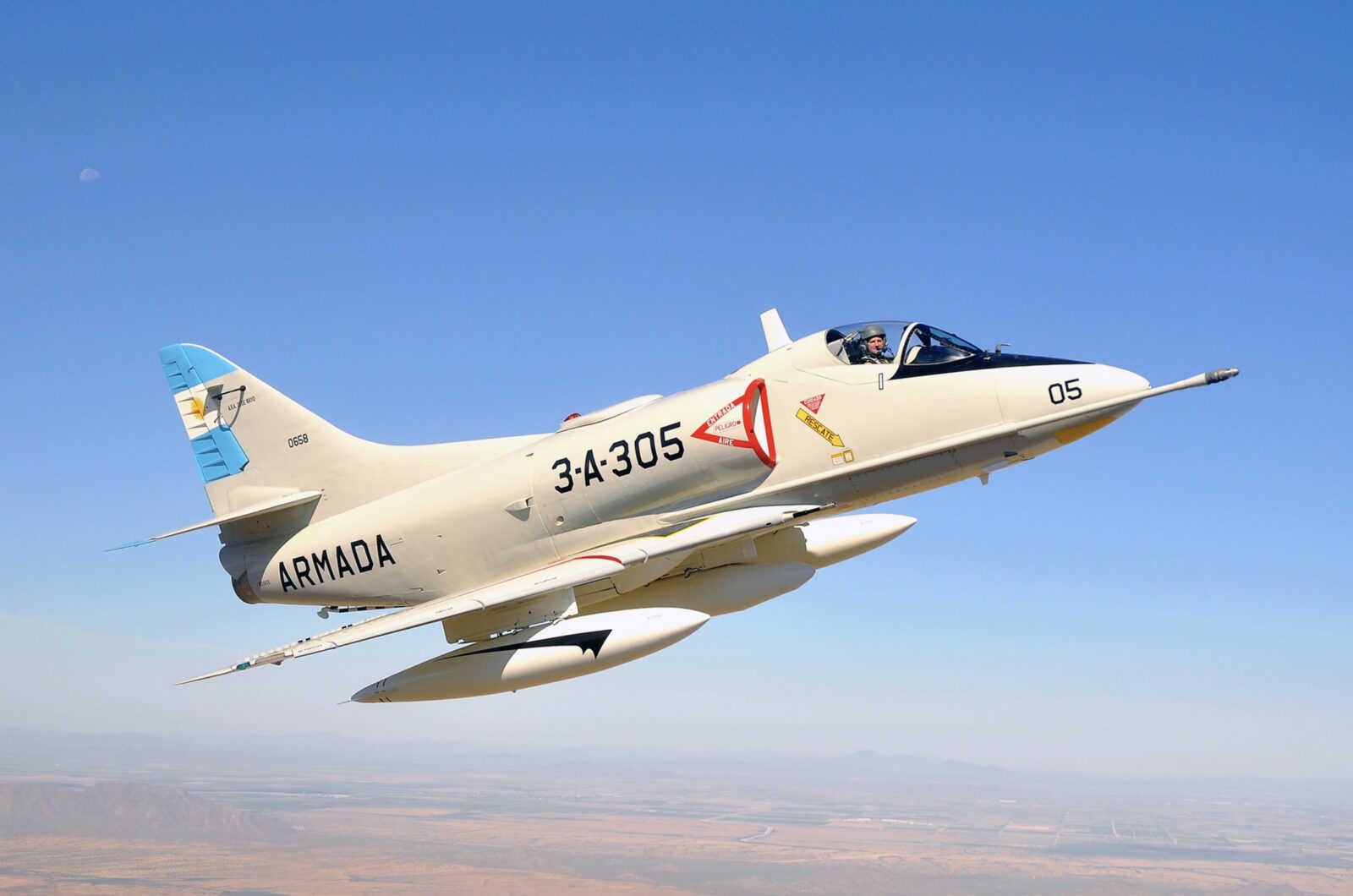 This 1960 Douglas A-4 Skyhawk is currently being offered for sale for $995,000 USD, making it one of the most affordable fully-functional fighter jets for sale anywhere in the world. The word “affordable” is relative of course, but in the world of privately owned warbird jets, anything under a million dollars is a steal.

The A-4 Skyhawk was introduced in 1956 and remained in production until 1979. It was developed as an aircraft carrier-capable fighter bomber that could carry the same bomb load as a WWII-era Boeing B-17.

Fast Facts – The Douglas A-4 Skyhawk

It’s unlikely that Ed Heinemann, the designer of the Skyhawk, could have possibly known his aircraft would stay in active military service for 65 years and counting. The U.S. Navy kept the aircraft in service until 2003, it remained in service with the Israeli Airforce until 2015, and it remains in active service today with the Argentine Air Force and the Brazilian Naval Aviation.

Above Video: This is an excellent almost one hour long documentary on the Douglas A-4 Skyhawk that covers its development, production, and active service life in the military.

Perhaps the single largest factor that has contributed to the success of the A-4 Skyhawk is its relative simplicity when compared to other similar aircraft types.

The delta wing layout means it didn’t need folding wingtips for aircraft carrier storage, the engine can be removed as a single unit for maintenance, heavy duty batteries were replaced with a fuselage stored wind driven generator, and a slew of other design elements were chosen to keep weight as low as possible.

Pilots came up with a number of nicknames for the Skyhawk including “Tinker Toy” due to its size and weight, and “Heinemann’s Hot-Rod” thanks to its excellent speed by the standards of the era.

Interestingly, the Skyhawk was capable of carrying a bomb load equivalent to that of a World War II–era Boeing B-17 bomber, and it could be equipped to deliver nuclear weapons if needed – using a low-altitude bombing system and a “loft” delivery technique.

“Loft bombing” is also known as “Toss bombing,” it involves an aircraft flying vertically and releasing the bomb or bombs directly upwards which then curve around in an arc to come down on their intended target. It was developed to allow aircraft to deploy nuclear weapons but still have time to get clear before they detonated. 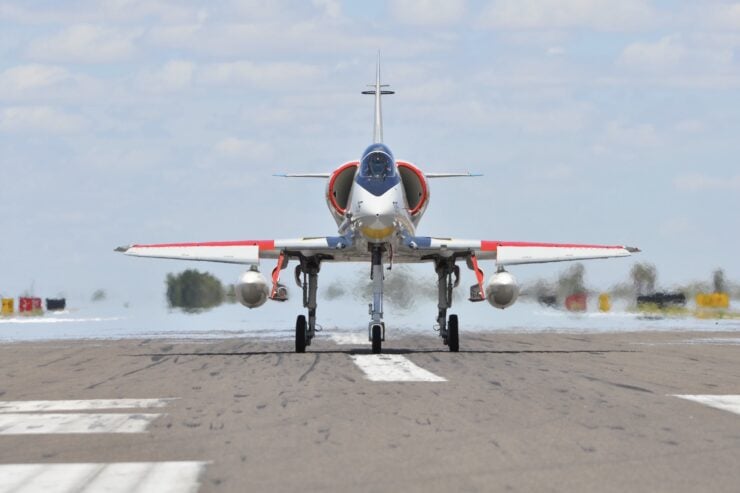 In 1959 the Skyhawk set a world speed record of over 695 mph for class C aircraft, and amazingly it can carry the bomb load equivalent to that of a World War II–era Boeing B-17 bomber.

Over the course of the Skyhawk’s 23 year production run 2,960 were built in total, today there are a number of them still in military service, with many more either in museums or in private ownership.

The A-4 Skyhawk you see here is a privately owned example with just 1,739 hours on the airframe since new (TTSN), its Wright J65-W-16A engine has 251 hours since it’s last major overhaul (SMOH).

The asking price is $995,000 USD and it’s being offered for sale by Platinum Fighter Sales based in Redondo Beach, California.

If you’d like to read more about this aircraft or enquire about buying it you can click here to visit the listing. 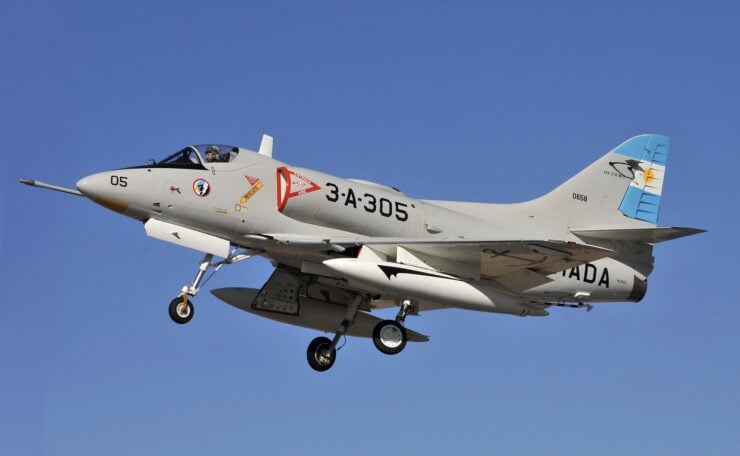 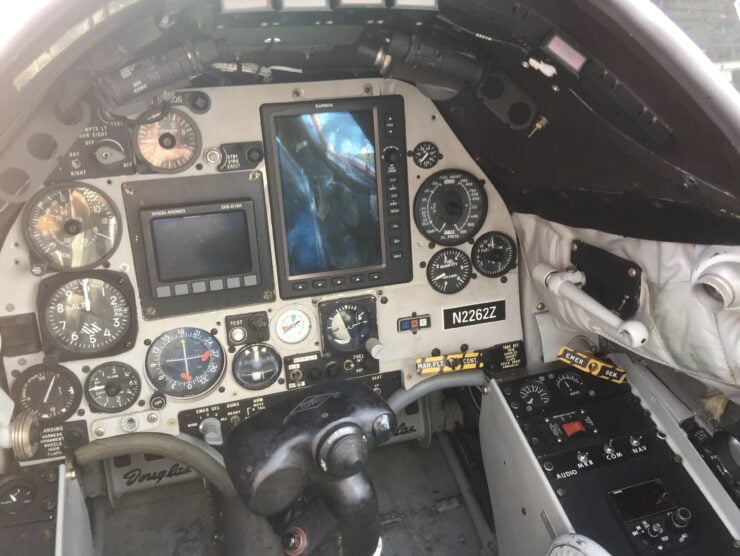 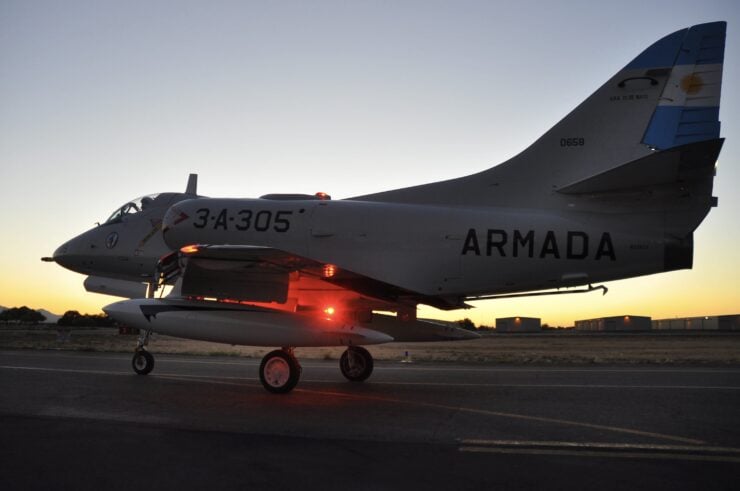 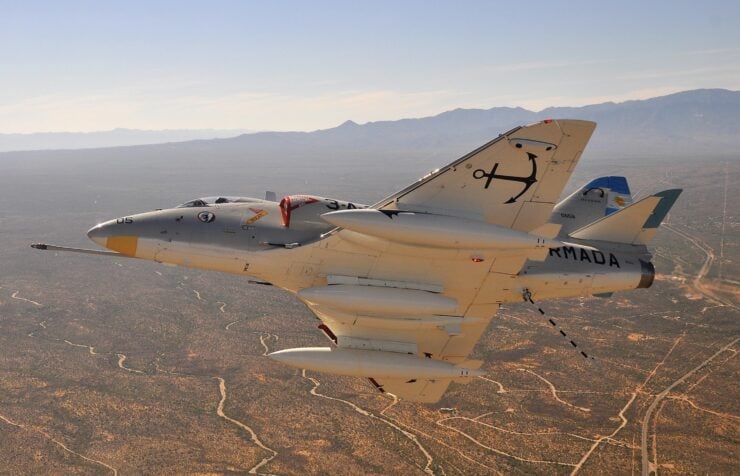 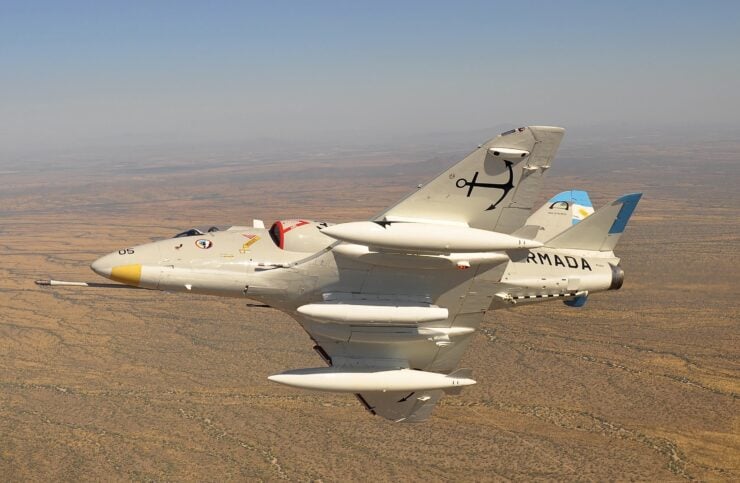 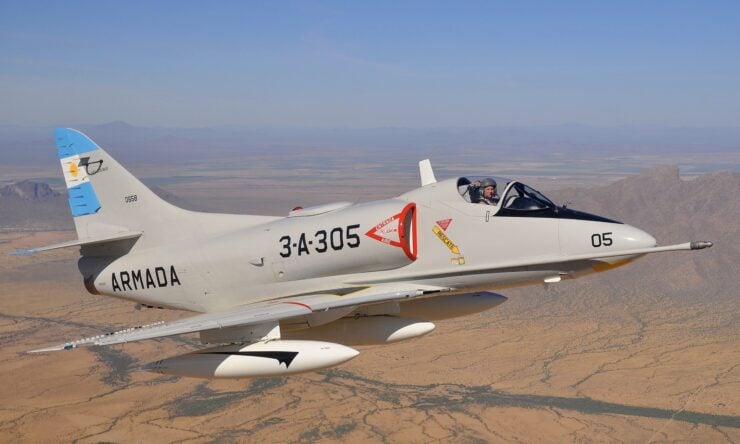 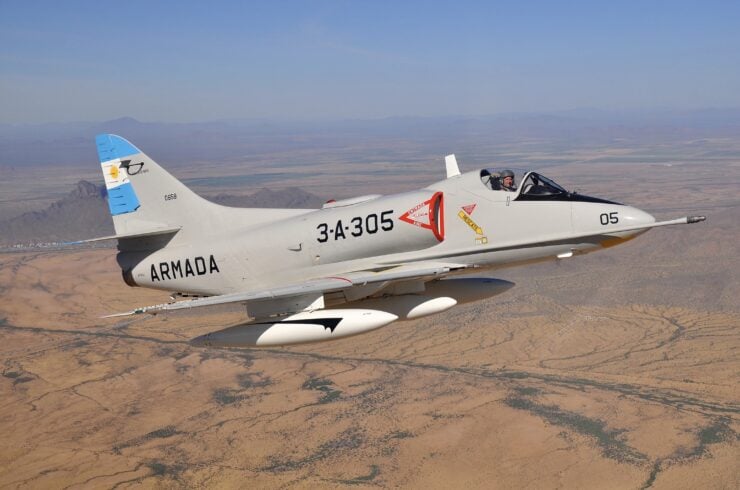 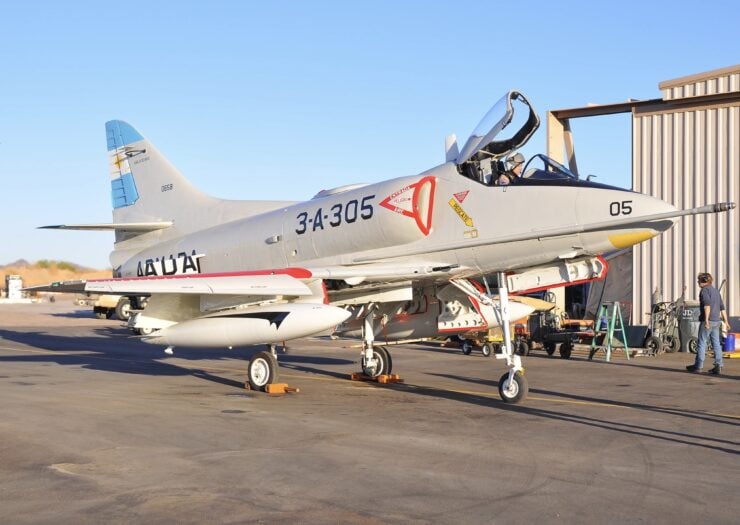 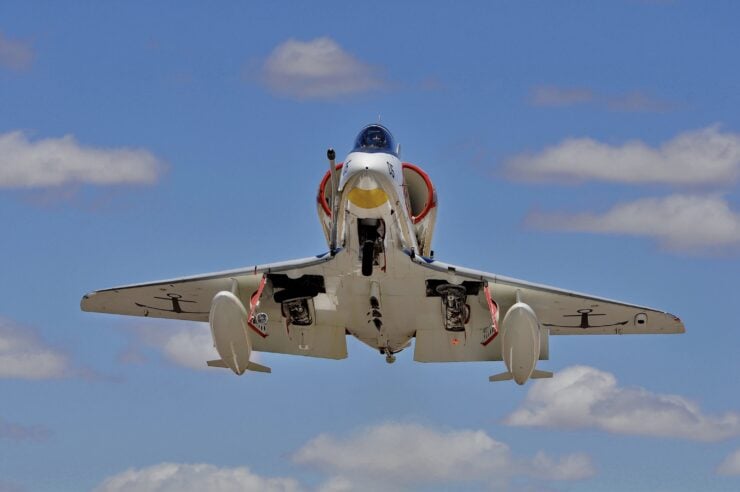 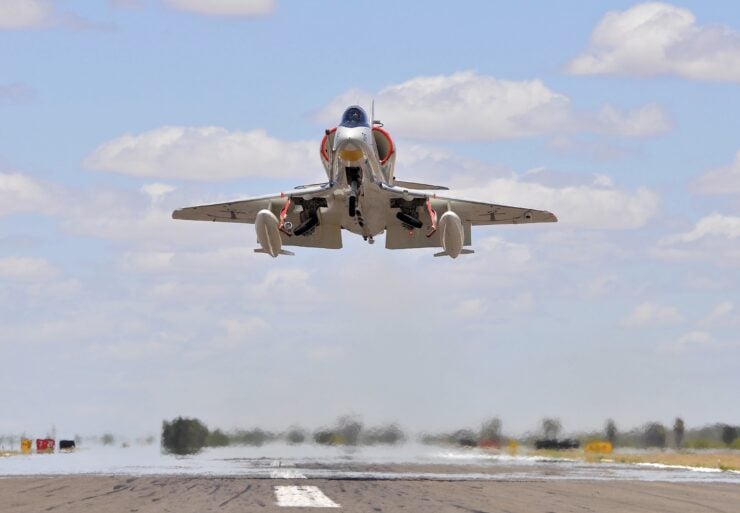