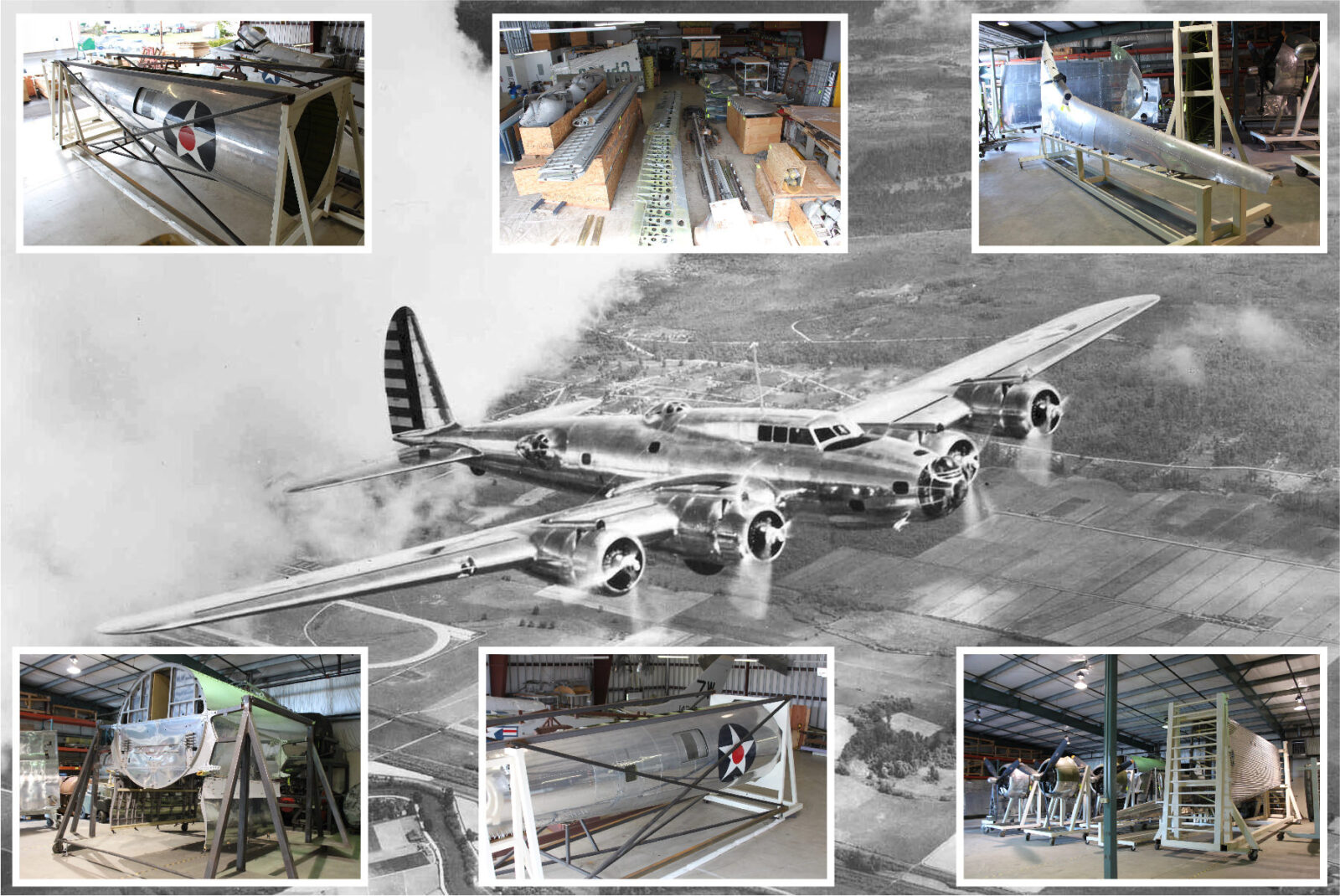 This Boeing B-17 Flying Fortress is 80% restored and it’s now being offered for sale to a new owner to complete the project, with an asking price of $9,000,000 USD.

All Flying Fortresses have fascinating histories behind them, but this particular aircraft is one of the most important examples of the B-17 ever built as it was used extensively for designing, developing, and testing the Honeywell C-1 electronic autopilot system.

“Big ship – No. 19210 – probably did more to win the war than any other single airplane although it never flew an hour in combat.” – Star-Journal writer, Ben Holstrom.

The Boeing B-17 Flying Fortress

The prototype for the B-17 was named the Boeing Model 299, it was developed to meet the USAAC tender for a long-range bomber to replace the Martin B-10. The Douglas DB-1 and the Martin Model 146 were also developed by competing firms in the hopes of winning the contract, and the three prototype aircraft met at Wilbur Wright Field in Dayton, Ohio for a fly off. 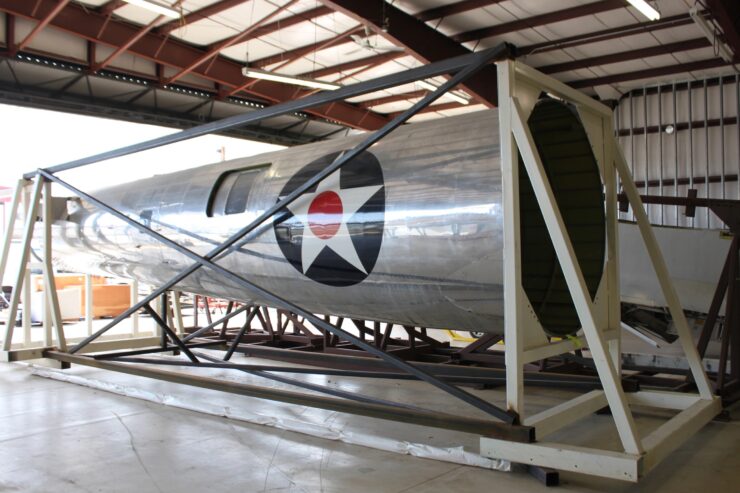 A section of B-17E fuselage attached to its storage jig, the aircraft is said to be 80% complete as it sits today.

By the time the fly off drew to its conclusion it was clear that the Model 299 was the winner. It met or exceeded all requirements and it was the fastest of the three aircraft – it was also touted as being able to complete a combat mission if one of its four engines failed.

What appeared to be a slam-dunk for Boeing quickly turned into a tragedy as the Model 299 prototype was crashed on the 30th of October 1935 when Army Air Corps test pilot Major Ployer Peter Hill and Boeing employee Les Tower took the Model 299 on a planned second evaluation flight.

Tragically the ground crew forgot to disengage the “gust locks,” locks that keep all control surfaces locked in position to prevent damage from wind gusts when the aircraft was on the ground. This total lack of working control surfaces made plane unflyable and it crashed shortly after take-off, killing both men.

This accident would be the catalyst that lead to the creation the “pre-flight checklist,” a safety checklist used by all pilots today before every flight.

Despite this tragedy the interest in the Model 299 remained high and in early 1936 the Air Corps ordered 13 YB-17s, the early designation for the model that was later changed to “B-17” when it had been tested and approved for operational status.

The name “Flying Fortress” was initially a phrase used by Seattle Times reporter Richard Smith in reference to the aircraft due to its heavy armament, Boeing quickly adopted and trademarked the term after realizing its obvious marketing value.

Above Video: A vintage documentary that tells the story of the Boeing B-17 Flying Fortress.

Including the prototypes there were 15 major model variations of the B-17, the large-tailed B-17E was the first designed for offensive warfare. The B-17E had a larger rear fuselage section, and a larger vertical tailfin, rudder, and horizontal stabilizer. A new gunner’s position was added to the tail as well to help ensure that onboard gunners would be able to target pursuing fighters regardless of which angle they attacked from.

The first B-17s to see combat were actually flown by the British RAF out of airbases in the United Kingdom on high-altitude missions. Over the course of the model’s production run 12,731 B-17s would be built (including early prototypes). Today just nine of them remain airworthy, with many more being used as static displays in museums around the world.

The B-17 you see here is a B-17E model, an aircraft that benefits from upgraded flight control surfaces in the rear, this would be the first model that was mass produced, with 512 being built in total.

This example was built in Seattle in 1942, it was then accepted by the USAAF in May of the same year and it ended up with Honeywell who developed a new electronic autopilot system called the Automatic Flight Control Equipment (AFCE), known as the C-1. 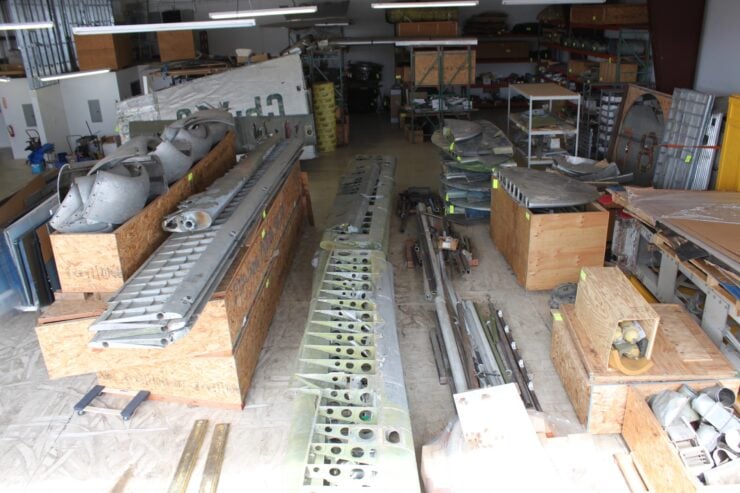 The sheer volume of parts will obviously require an experienced hand to sort through it and take over the restoration project.

It’s believed that this B-17E was later used in the development of photographic and sonic methods of scoring bomb hits and analyzing bombing proficiency. Later still there are records showing that this aircraft used used in simulated instrument approaches and let-downs with the airplane controlled by the C-1 system.

A slew of other tests were completed using this aircraft right up until July 1945 when it was donated to the University of Minnesota (UM) for instructional purposes. In 1952 the university decided to trade this B-17 for a flyable Cessna 170-B as the Cessna would be far cheaper to operate, however it does still seem like a somewhat lopsided deal.

Later in its life the aircraft would be used in Bolivia for transporting cargo and people, it eventually ended up back in the United States, and in 1998 it arrived back in Seattle for a restoration, its city of origin all those years ago.

As it stands today this B-17E is 80% restored, with just the forward fuselage and cockpit area remaining to be rebuilt. It’s listed as being substantially complete with the correct engines and propellers, however prospective buyers are encouraged to visit and view it in person.

If you’d like to read more about this unusual project plane or register to bid you can click here to visit the listing on Platinum Fighter Sales. 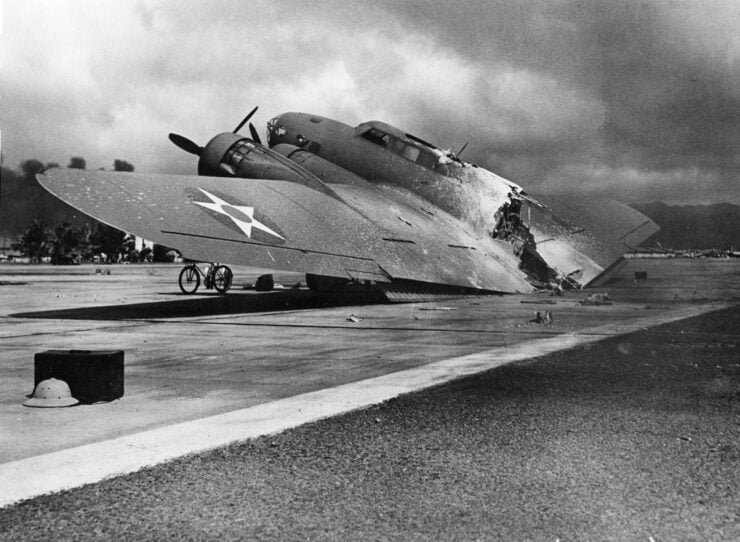 Above Image: A burned B-17C near Hangar 5, Hickam Field, Oahu, Hawaii, on 7 December 1941. It was flown to Hawaii from California and arrived during the Pearl Harbor attack. On its final approach, the aircraft’s magnesium flare box was hit by Japanese strafing and ignited. The burning plane separated upon landing. The crew survived the crash, but a flight surgeon was killed by strafing as he ran from the burning wreck. Image courtesy of the U.S. Navy National Museum of Naval Aviation. 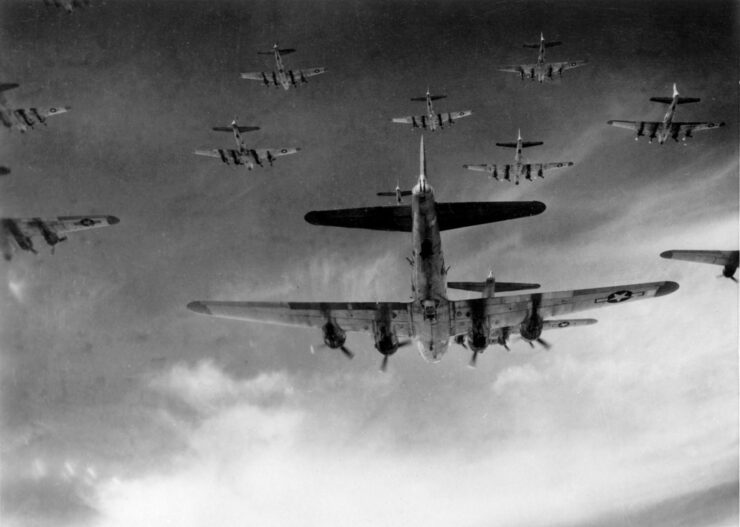 Above Image: B-17 Flying Fortresses from the 398th Bombardment Group fly a bombing run to Neumunster, Germany, on April 13, 1945. Image courtesy of the U.S. Air Force. 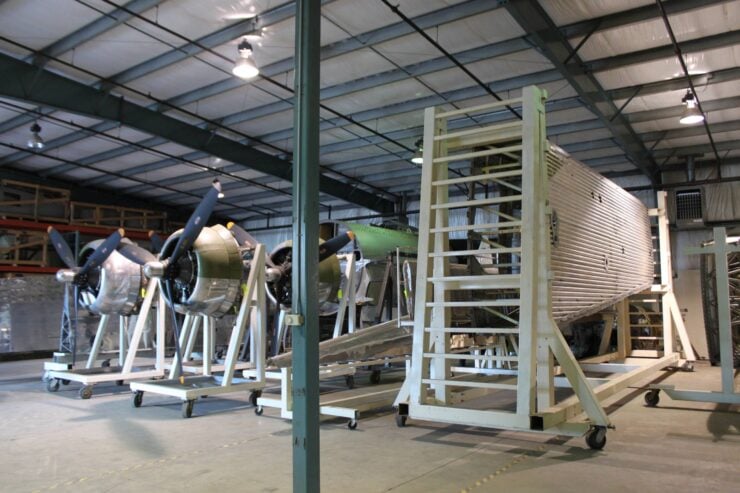 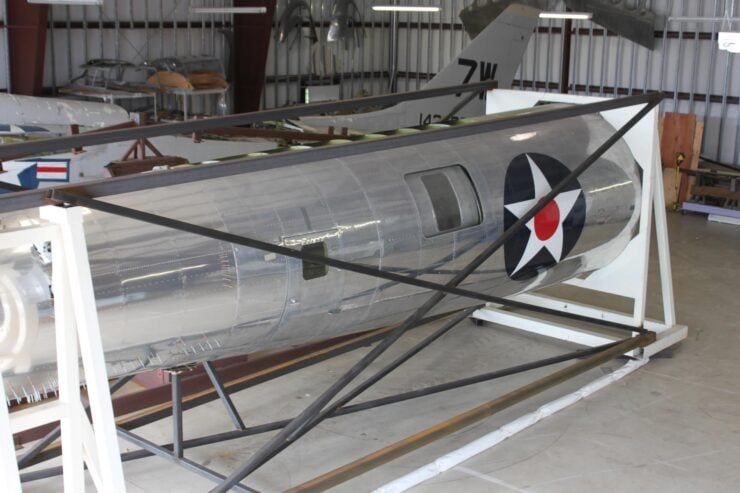 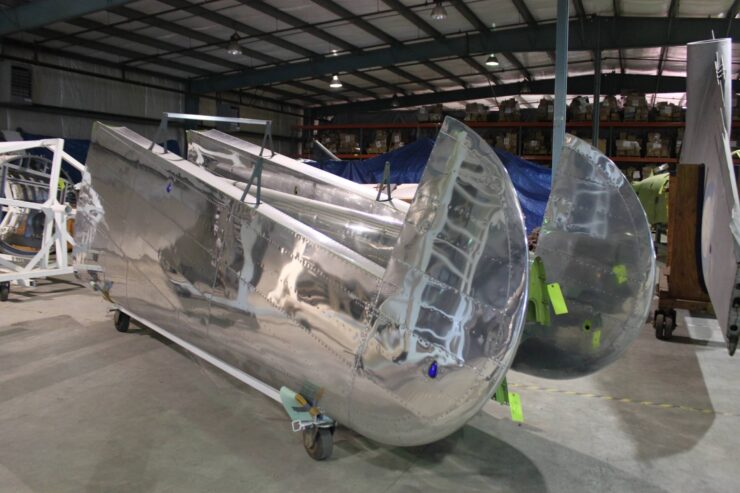 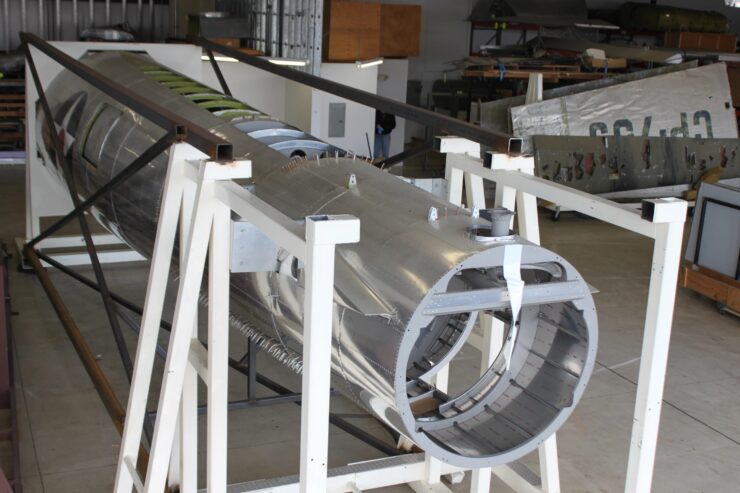 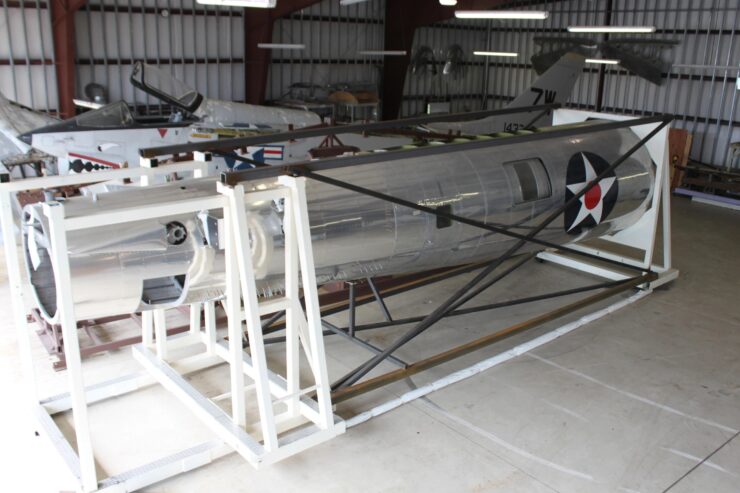 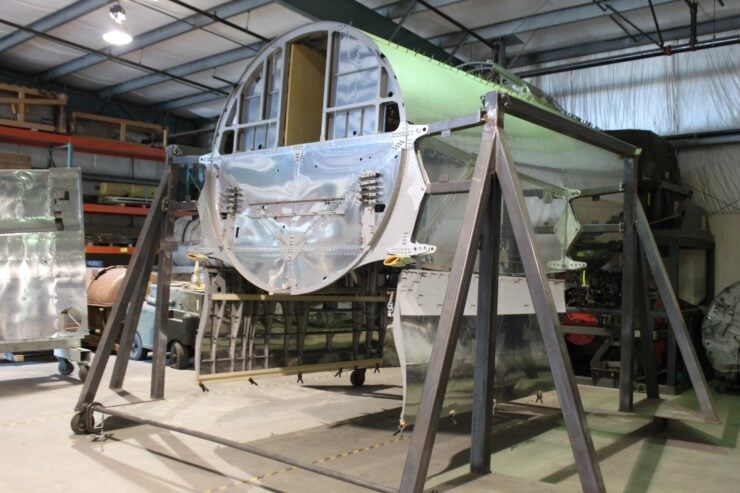 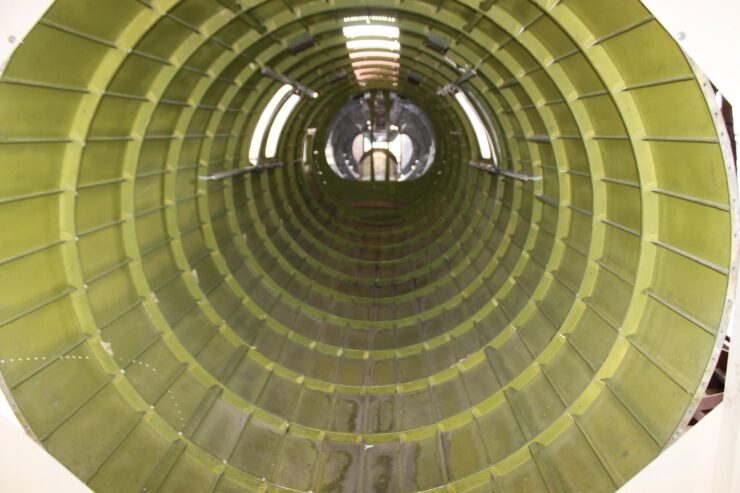 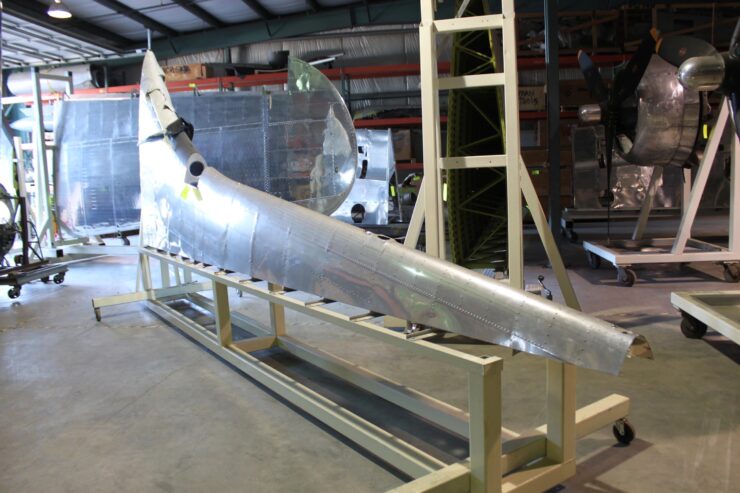 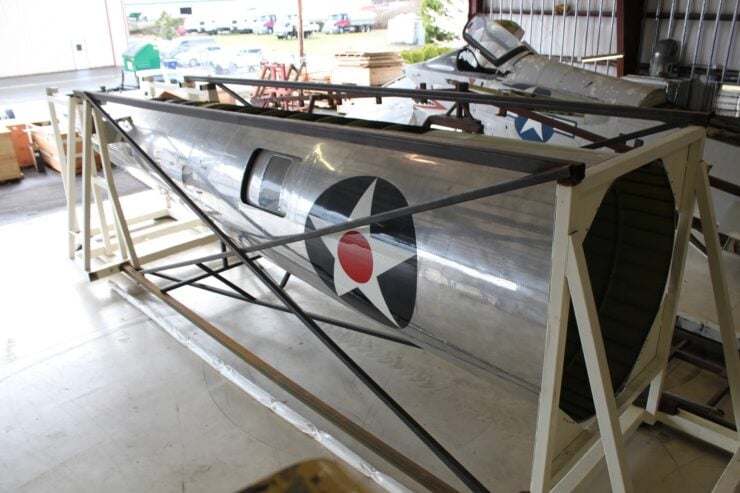