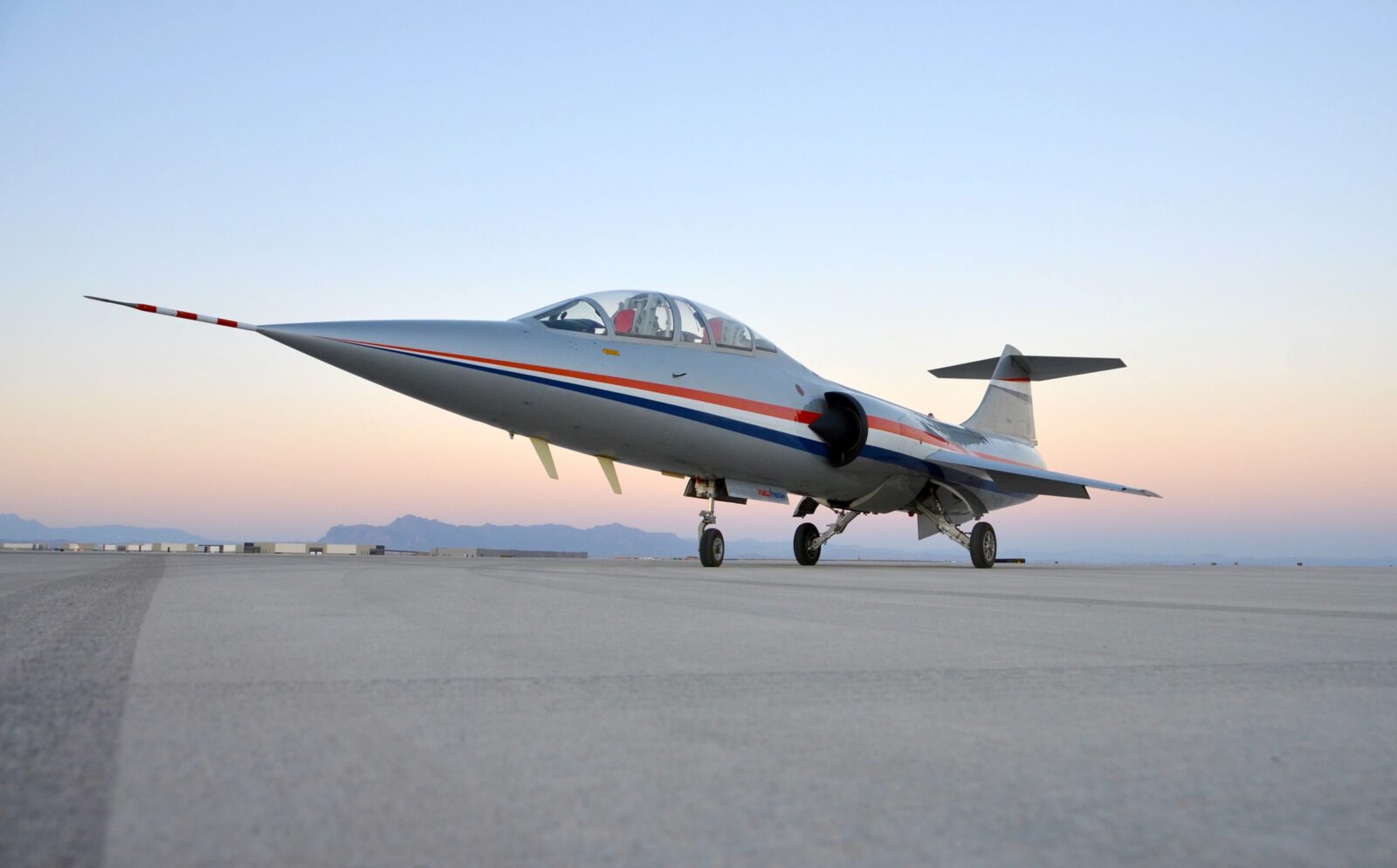 The Canadian pilots who flew the CF-104D Starfighter quickly developed a stellar reputation thanks to their remarkably successful participation in the operational exercises held by NATO that included squadrons from Belgium, France, Germany, the United States, Britain, Canada, and the Netherlands.

Above Video: This is the hour long “Great Planes” documentary about the Starfighter, it includes a deep dive into the aircraft’s history, interviews with pilots, and ample footage of it in action.

Canadians would take a slew of wins and high placements piloting the Starfighter from the 1960s and into the 1970s. The CF-104D Starfighter proved incredibly hard to shoot down thanks to its small size, high speed, and lowp altitude capability.

“Because of our speed, size and lower level operations, no Canadian Zipper driver was ever ‘shot down’ by either air or ground threats in the three Red Flag Exercises in which we participated.” – Starfighter pilot Dave Jurkowski

A number of other nations chose the Lockheed F-104 Starfighter as their primary attack aircraft including the Netherlands, Belgium, Japan, Canada, West Germany, and Italy. By the time all production of the aircraft ceased almost 2,600 of them had been manufactured, they were used by some military forces well into the 1990s.

NASA used a number of F-104s for high-speed and altitude flight research at Dryden Flight Research Center, including the testing of pressure suits and as a launch platform for sounding rockets.

Plans are currently underway to use one of the remaining airworthy Starfighters to launch CubeSats, with a rocket attached under the wing that will be launched at high altitude – vastly reducing the amount of fuel needed to reach space. 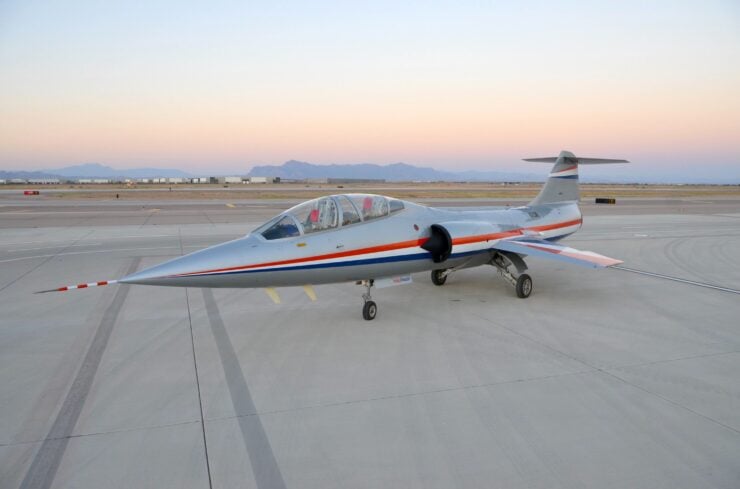 The Starfighter has incredibly small wings due to the fact it was designed to operate optimally at speeds of Mach 1.2 or greater.

The Lockheed engineers who developed the Starfighter designed to have optimal aerodynamics at speeds of Mach 1.2 (920 mph) and over. This is why the aircraft has such small, razor thin wings.

The CF-104D Starfighter remains an incredibly popular warbird today, thanks to its famous speed and altitude achievements but also for its almost spacecraft-like design and evocative name.

Most are used in museums as static displays but there are still a few airworthy examples being flown regularly, like the example you see here.

The Starfighter you see here has a total of 2,500 flight hours however only 400 of those hours have been accumulated since it was fully restored by Unlimited Aircraft in Chino, California. 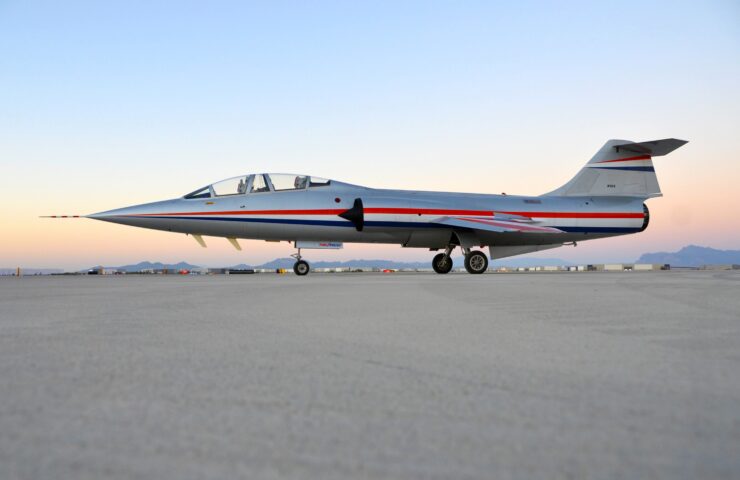 This Starfighter has just 400 flight hours since its total restoration, and it comes with a long list of spares including two more engines.

The aircraft was restored to stock military configuration, its ejection seats remain live, and it includes all the instruments and avionics you’ll need to fly it of course. It was first delivered to the Canadian Armed Forces in 1962, then flown by them for over 10 years.

In the years since the plane has been owned by the EAA, Experimental Aircraft Association, at Oshkosh, Wisconsin and most recently by Fuel Fresh Inc.

It’s being offered for sale now through Platinum Fighter Sales with an asking price of $850,000 USD, if you’d like to read more about it or register to bid you can click here to visit the listing. 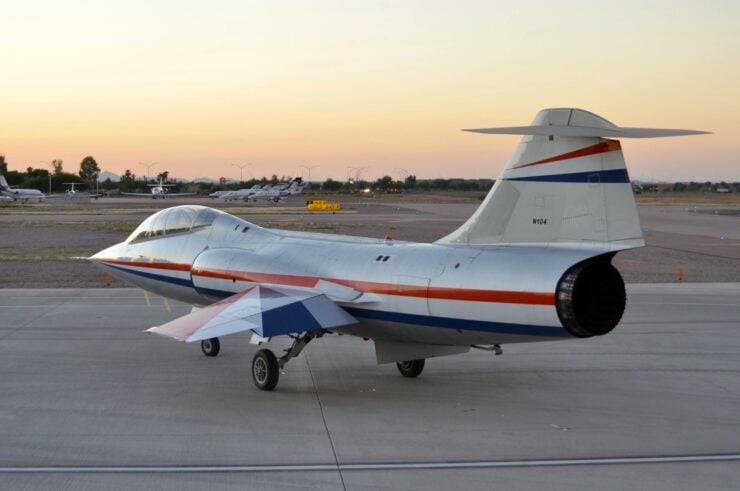 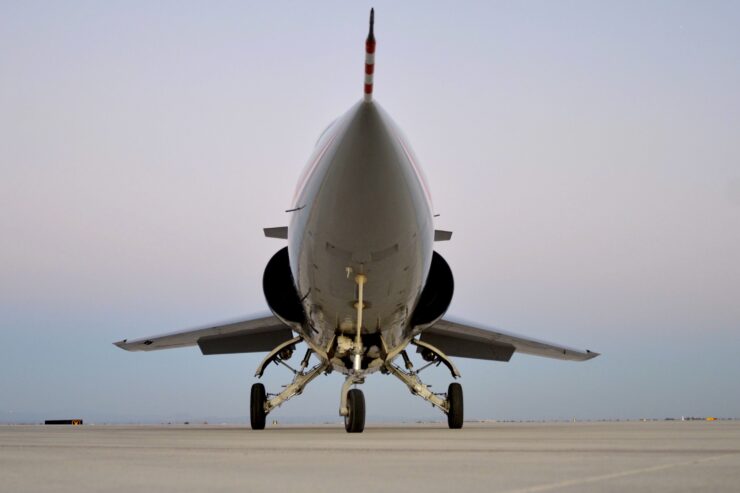 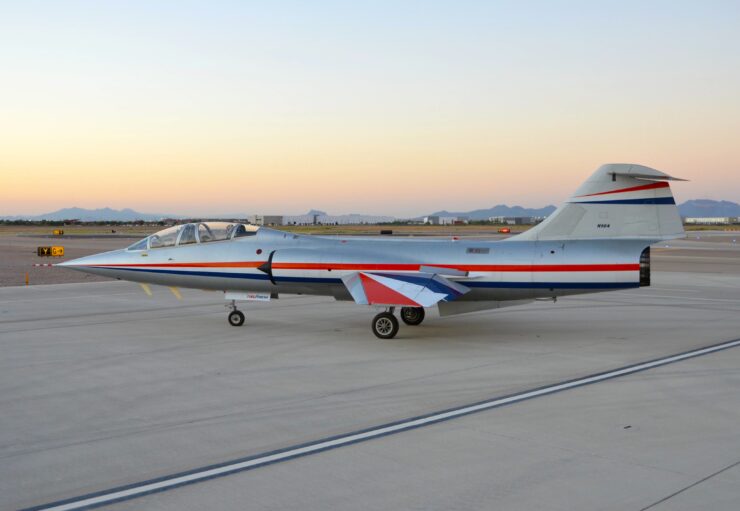 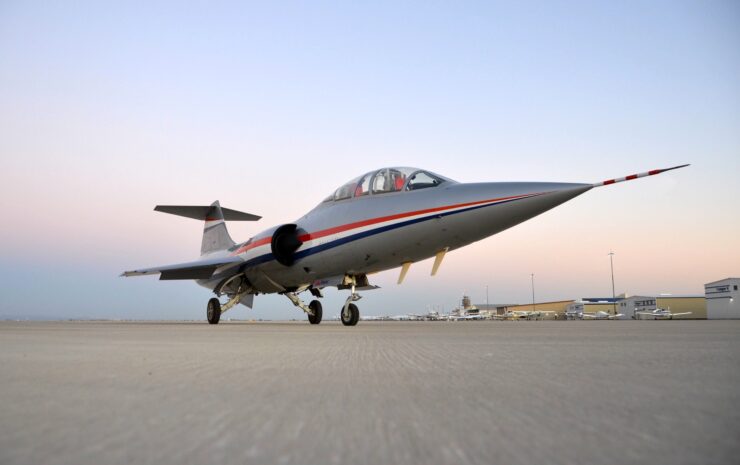 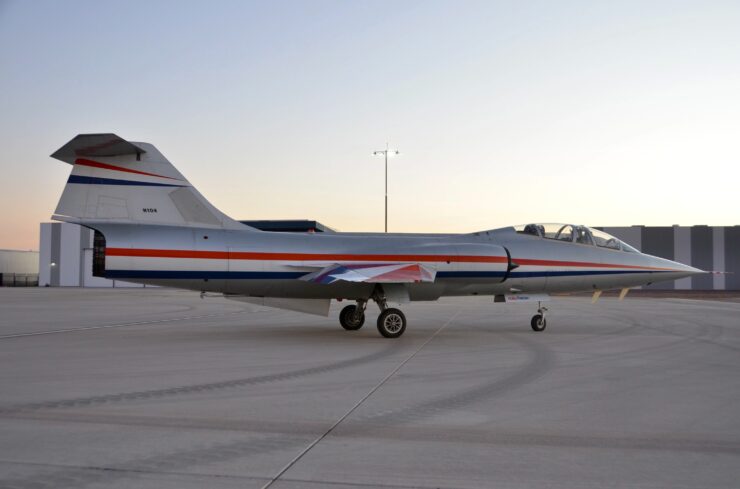 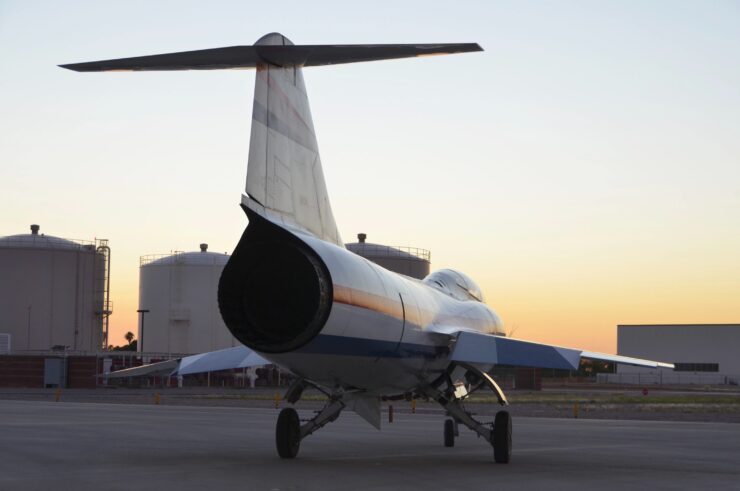 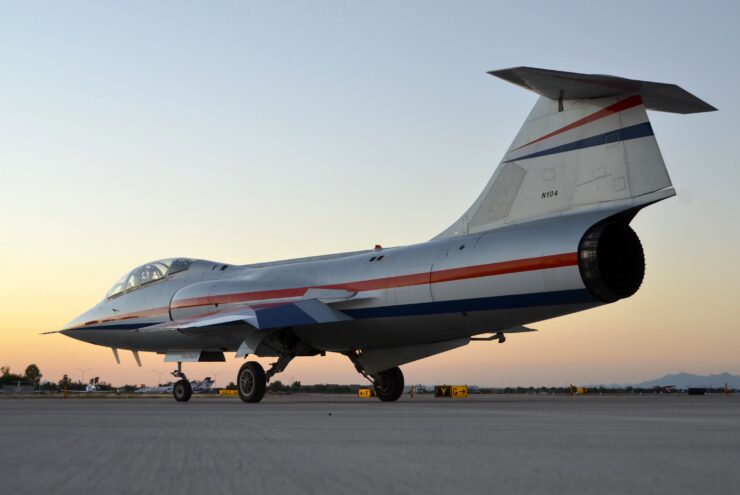 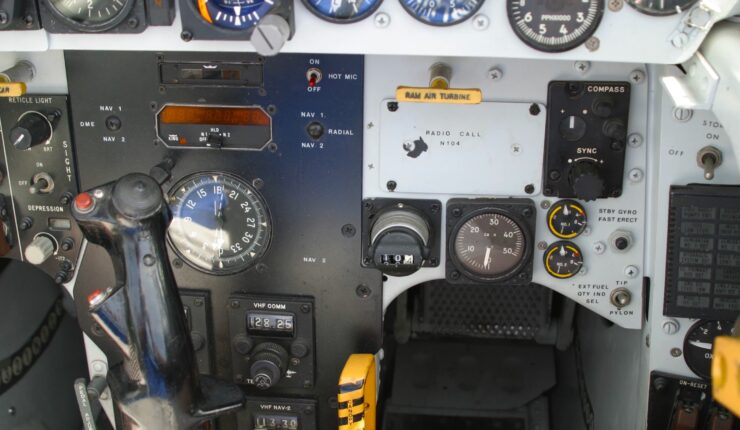 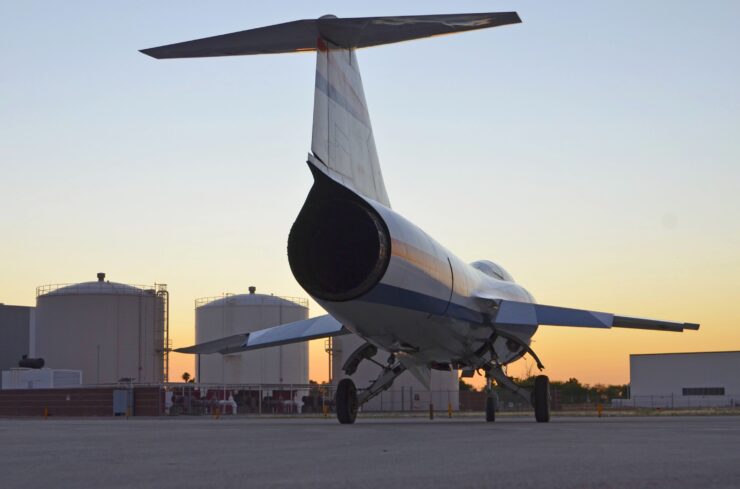 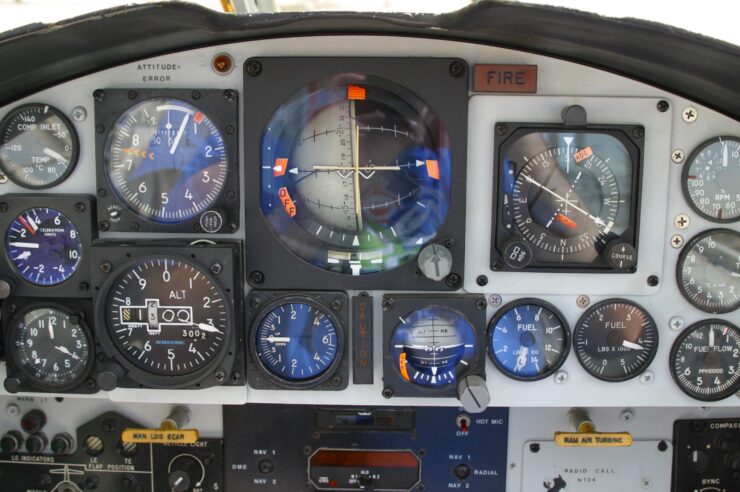 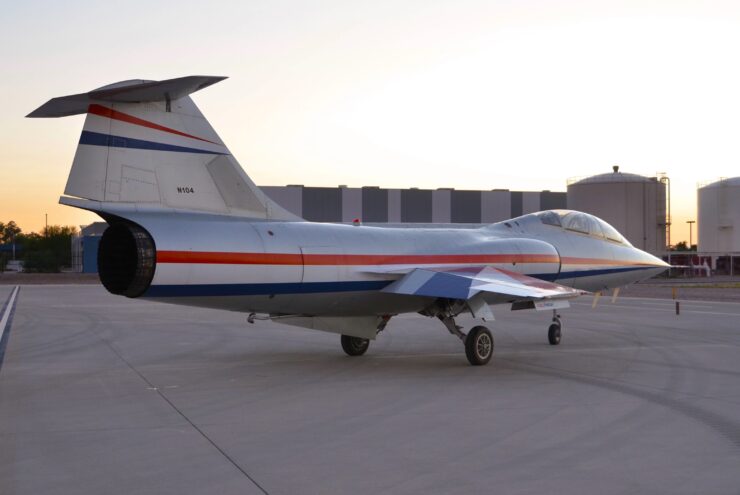 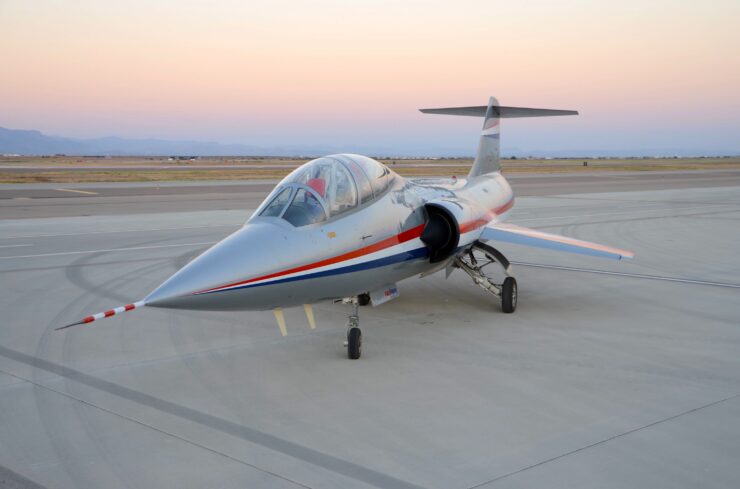 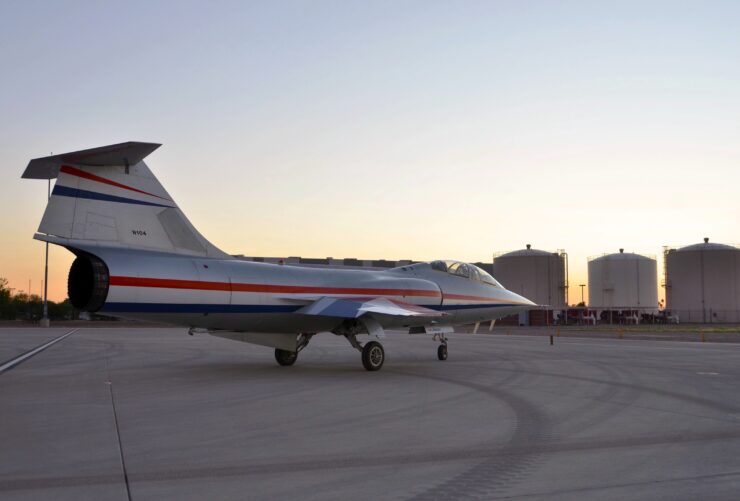