Editor’s Note: This documentary is a series of short films one after the other, each short film is about one of the signifiant motorcycles (and a buggy) from Smith’s life.

Malcolm Smith is one of the world’s pre-emiment off-road racers, he primarily raced motorcycles but in the 1970s while recovering from a broken leg, he built his own off-road racing buggy and competed in both the Baja 1000 and the Baja 500.

The Baja 1000 took him 27 hours and he did it singlehandedly with a still-healing leg, realizing after the race that he would need a co-driver to do it again.

The list of Malcolm Smith’s accomplishments is long, he won 8 gold medals between 1966 and 1976 in the International Six Day Trial (a blisteringly tough European event), he’s a 6-time winner of the Baja 1000 (3 times on a motorcycle and 3 times in a buggy), he won the Baja 500 4 times (twice on a bike and twice in a buggy), he took 2 wins in the Mint 400, he won the Roof of Africa Rallye, competed in the Paris Dakar Rally twice, and he won the Atlas Rallye in the mountains of Morocco. Bear in mind that these are just the major victories – there are countless other wins in local and regional competition.

When not racing, Malcolm could be seen in films and documentaries, he famously had a starring role in Bruce Brown’s Academy Award nominated classic motorcycle documentary On Any Sunday, with Steve McQueen and Mert Lawwill.

Since retiring from racing Smith has been busy running Malcolm Smith Motorsports, his own dealership, and running his non-profit foundation dedicated to giving back to the children of Mexico, raising money for schools and orphanages.

Image below: The cast and crew from On Any Sunday – from left, Mert Lawwill, Steve McQueen, (cameraman) Bob Bagley, Malcolm Smith, and (producer) Bruce Brown. 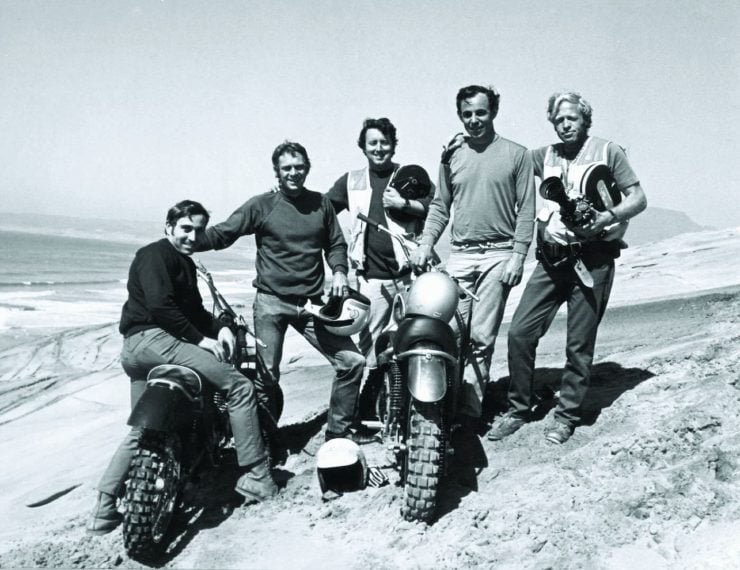 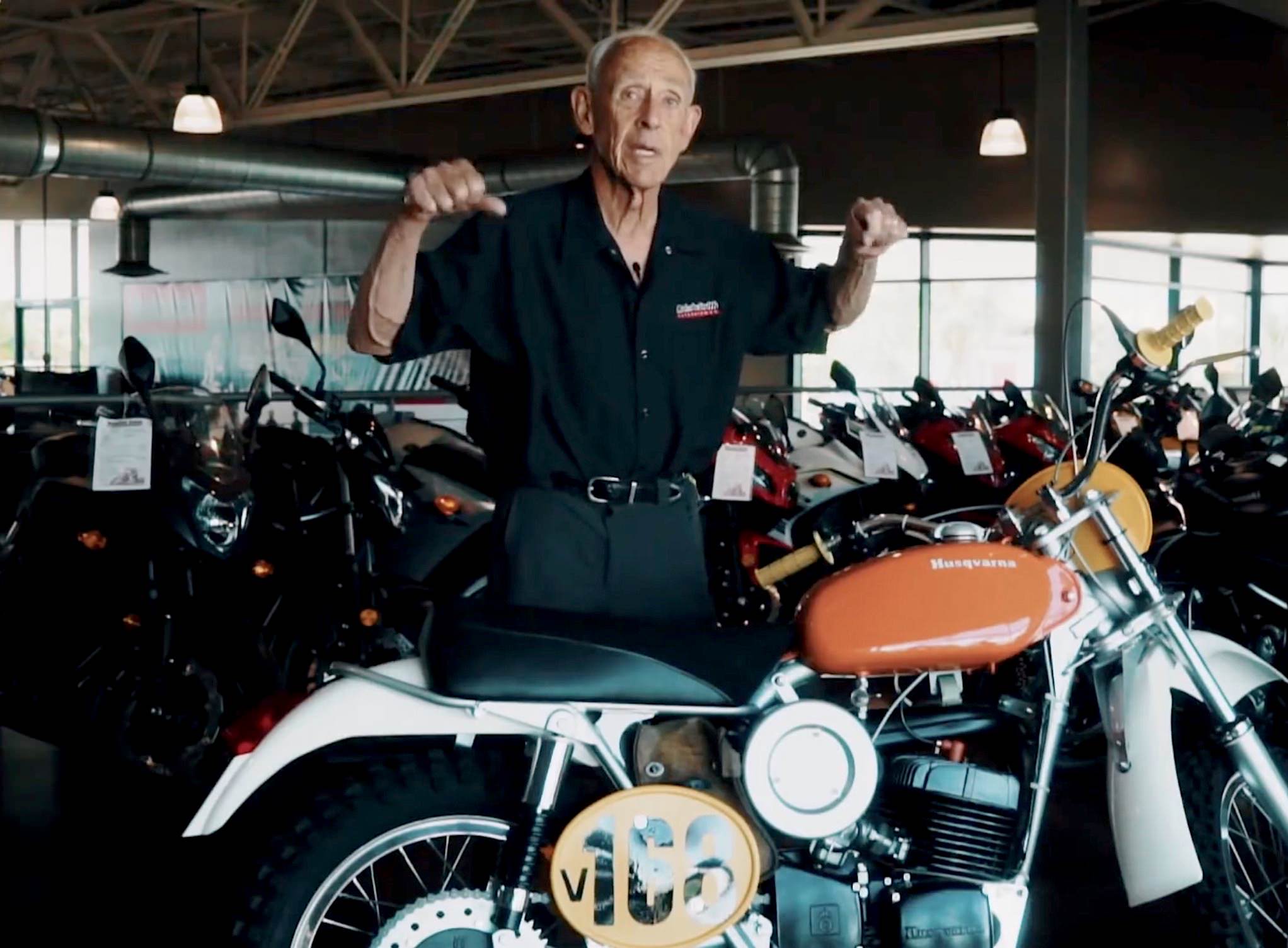