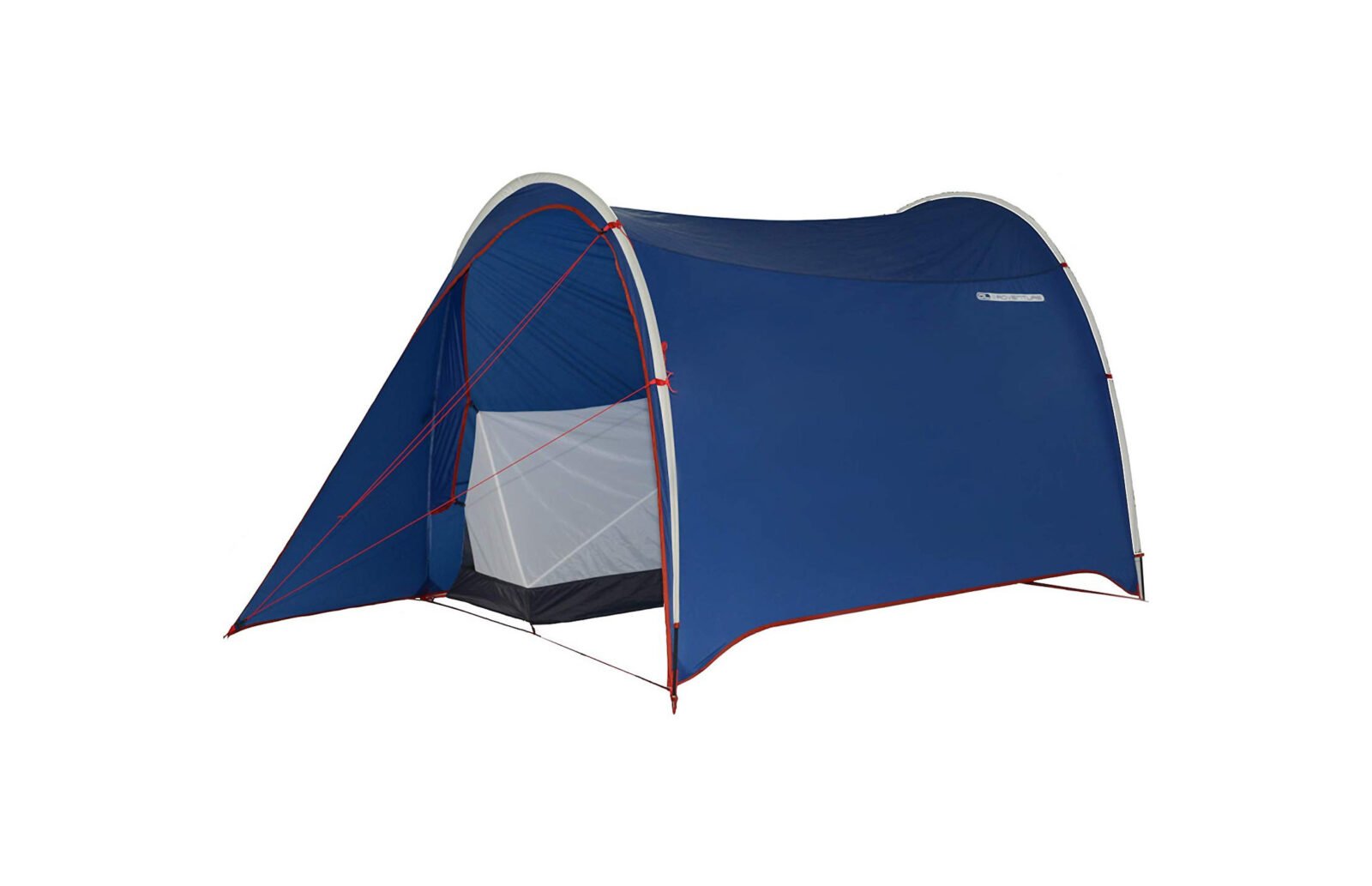 The DL Adventure Dromedary Patented Motorcycle Tent is a relatively new offering in the growing motorcycle camping genre. It incorporates two features we’ve seen in other motorcycle tents but never at the time time – a very low weight and the ability to park your motorcycle inside with you to protect it from the elements and thieving fingers.

The first thing people usually say when you mention parking a motorcycle inside with you is the concern about it falling on you in the night. This can be avoided by using a puck under the kickstand, leaning the bike away from you (of course), and if you want to be additionally safe you can attach an additional guy rope to the bike and anchor it to the ground with a stake.

Having your motorcycle inside with you makes sense if you encounter rain, hail, or snow, but it’s also an excellent idea when you’re on the road in some parts of the world where motorcycles are frequently stolen and parted out. It’s considerably more difficult to steal a motorcycle when you’re being attacked by an angry person in a sleeping bag swinging a motorcycle helmet at your head.

The DL Adventure Dromedary Patented Motorcycle Tent is made from ultra-light 40D 238T Nylon R/S (PU5000mm, FR CPAI84) with aircraft grade 7075 aluminum poles, a 15D mosquito netting, and it all weighs in at just 7 lbs or 3.17 kgs. The tent can accommodate one person and one motorcycle, as well as some gear.

You can ride your motorcycle in and out of the tent, with some ducking of course, and the motorcycle side doesn’t have any flooring to avoid tears and tangles. The tent packs neatly away into any normal sized pannier or backpack, and it can be strapped to the pillion seat if required. 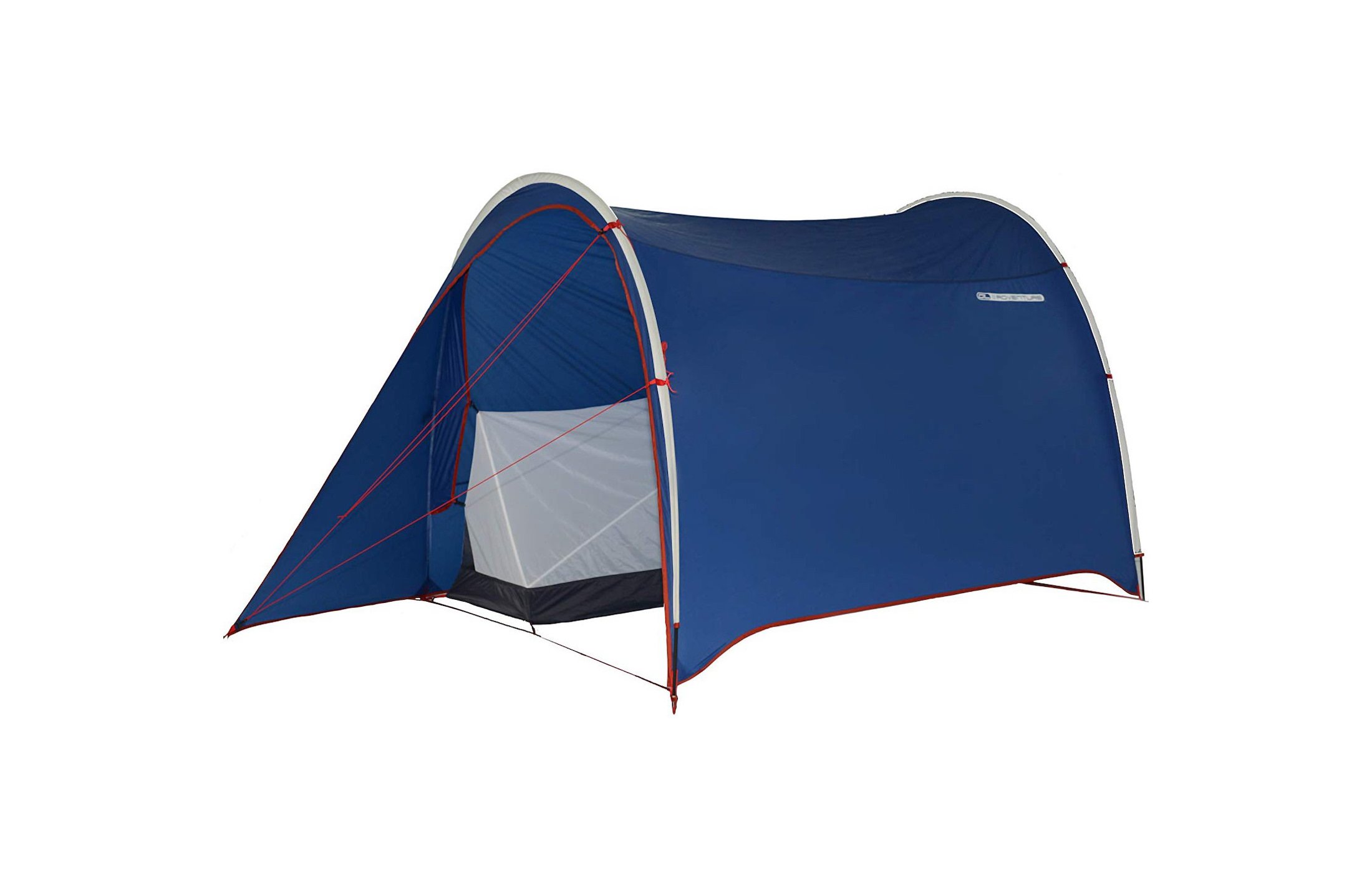 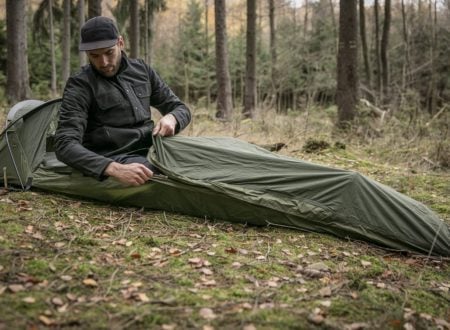 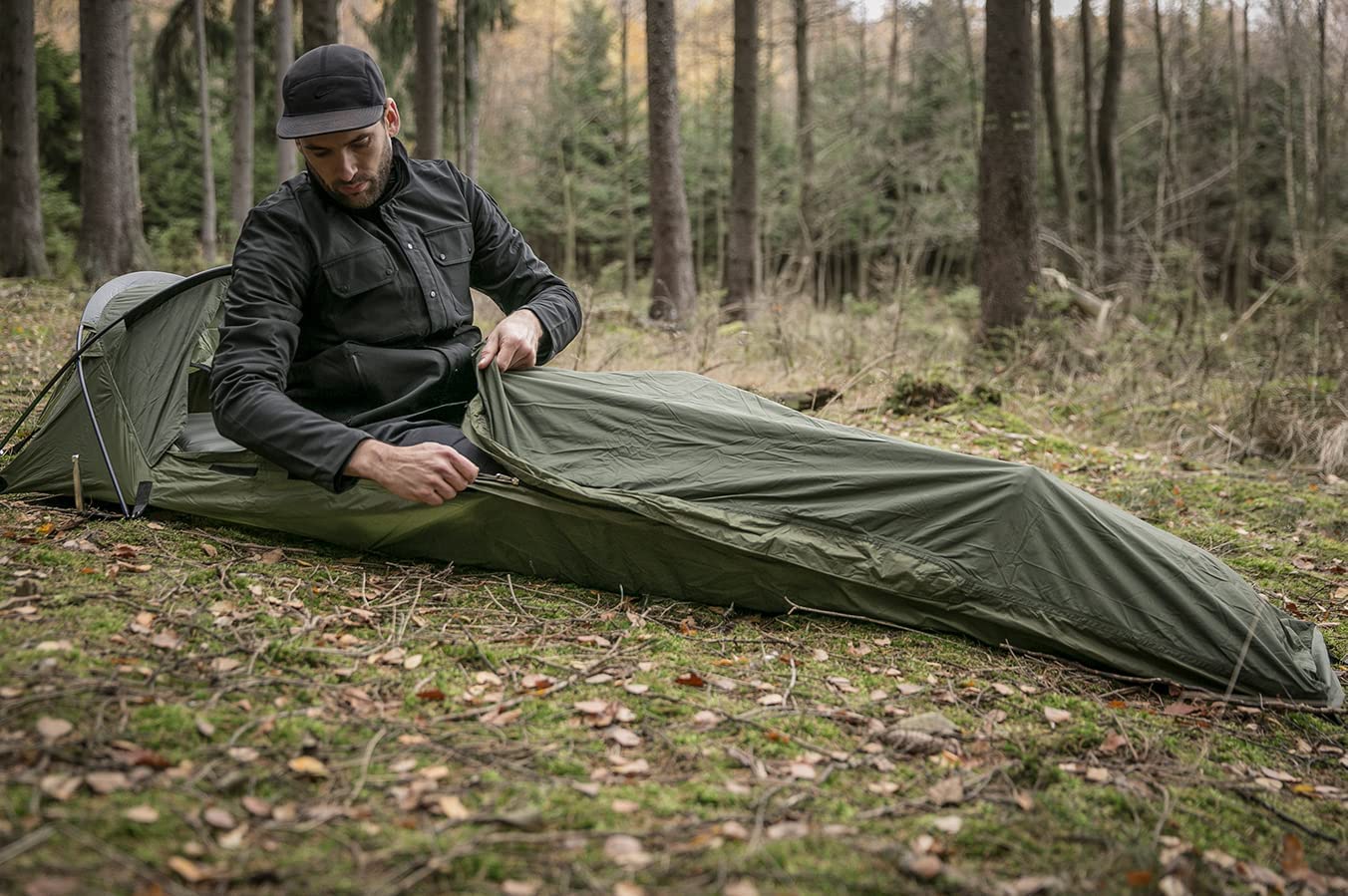