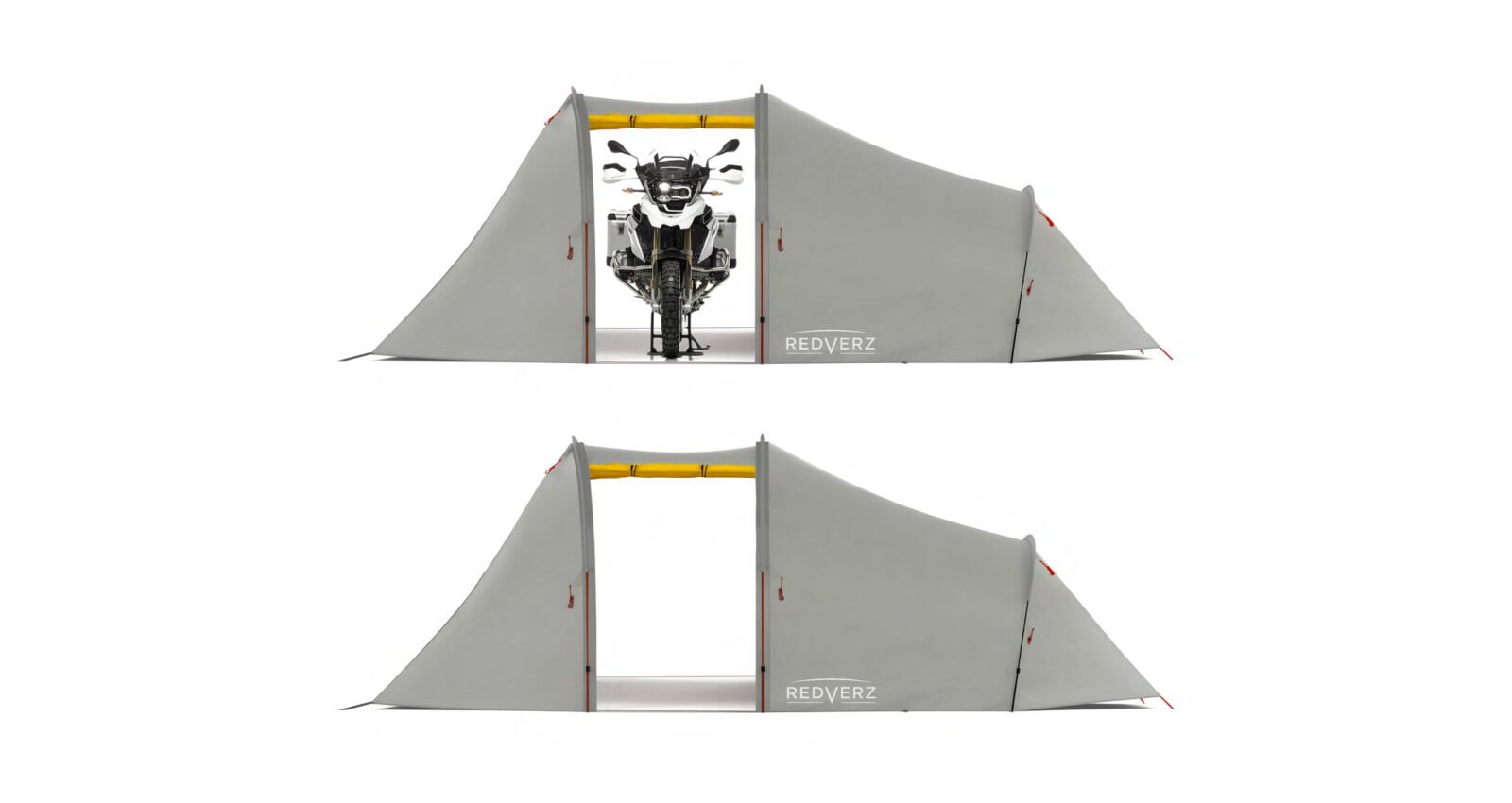 The Redverz Atacama Expedition Motorcycle Tent is now on its third generation, when Redverz first released the Atacama back in 2008 it revolutionized motorcycle camping, and it spawned a slew of copycats.

The obvious main attraction to the tent is the integrated garage – an invaluable space that can fit a full-sized adventure bike loaded with panniers and gear, or of you prefer to park outside you can use the garage as an area for cooking, storing your gear, or relaxing under cover at the end of the day.

The main sleeping compartment can fit a queen sized bed with room on either side for storing your gear, the main roof of the tent is the first part to be assembled which means you can keep the inside section of the tent dry even if you set it up in the rain.

On the opposite side to the sleeping compartment there’s a storage area for whatever you want to keep dry, and the maximum roof height is 6’4″, allowing almost everyone this side of the NBA to stand up inside with no problem.

Once packed the Atacama Expedition Motorcycle Tent weighs in at 14.6 lbs, or approximately 6.6 kgs, and it measures in at 21″ x 10″ – allowing it to be strapped to the back of most motorcycles with relative ease.

Some people do get a little nervous sleeping this close to their motorcycle, however it can be an absolute godsend to be able to store your motorcycle indoors away from prying eyes and opportunistic thieves, particularly when travelling through hazardous regions. 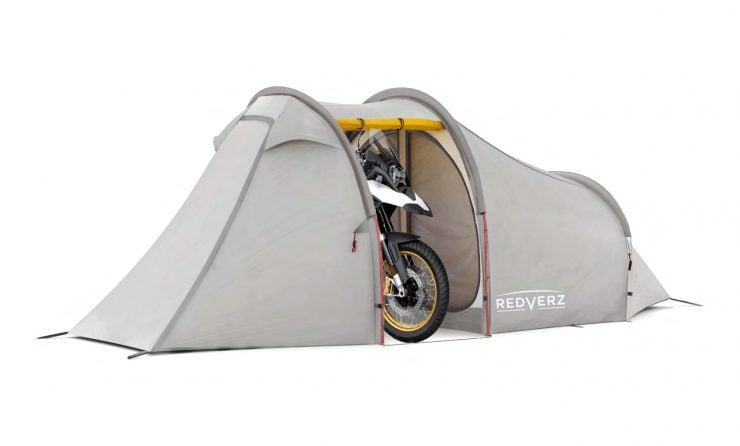 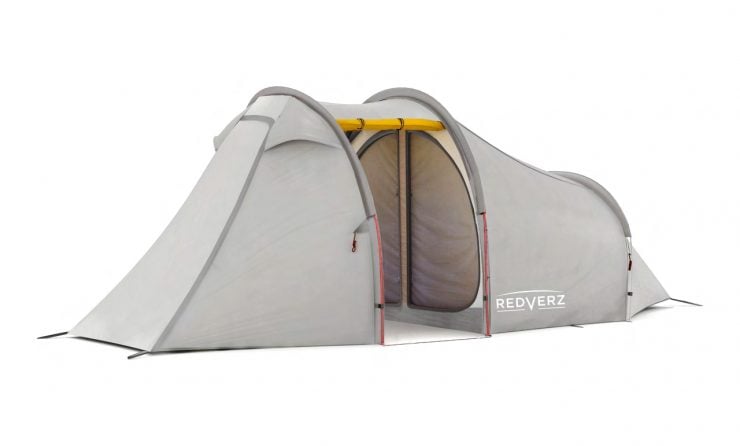 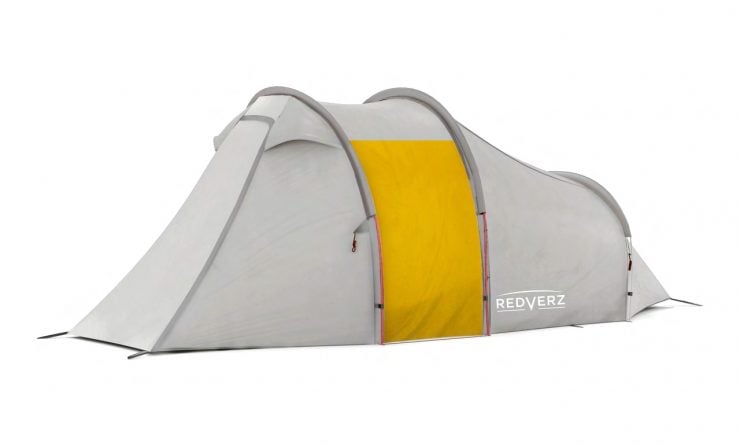 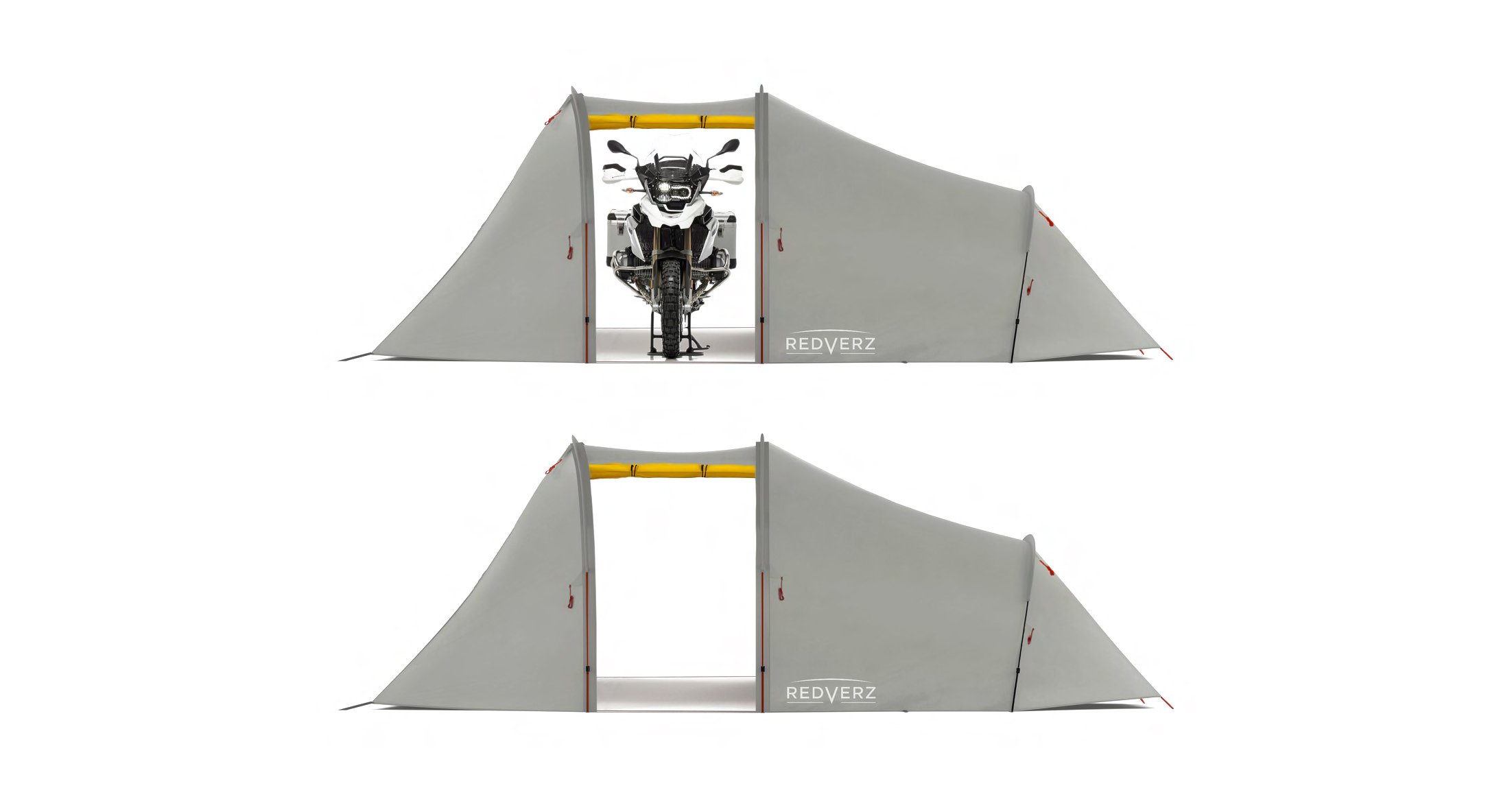