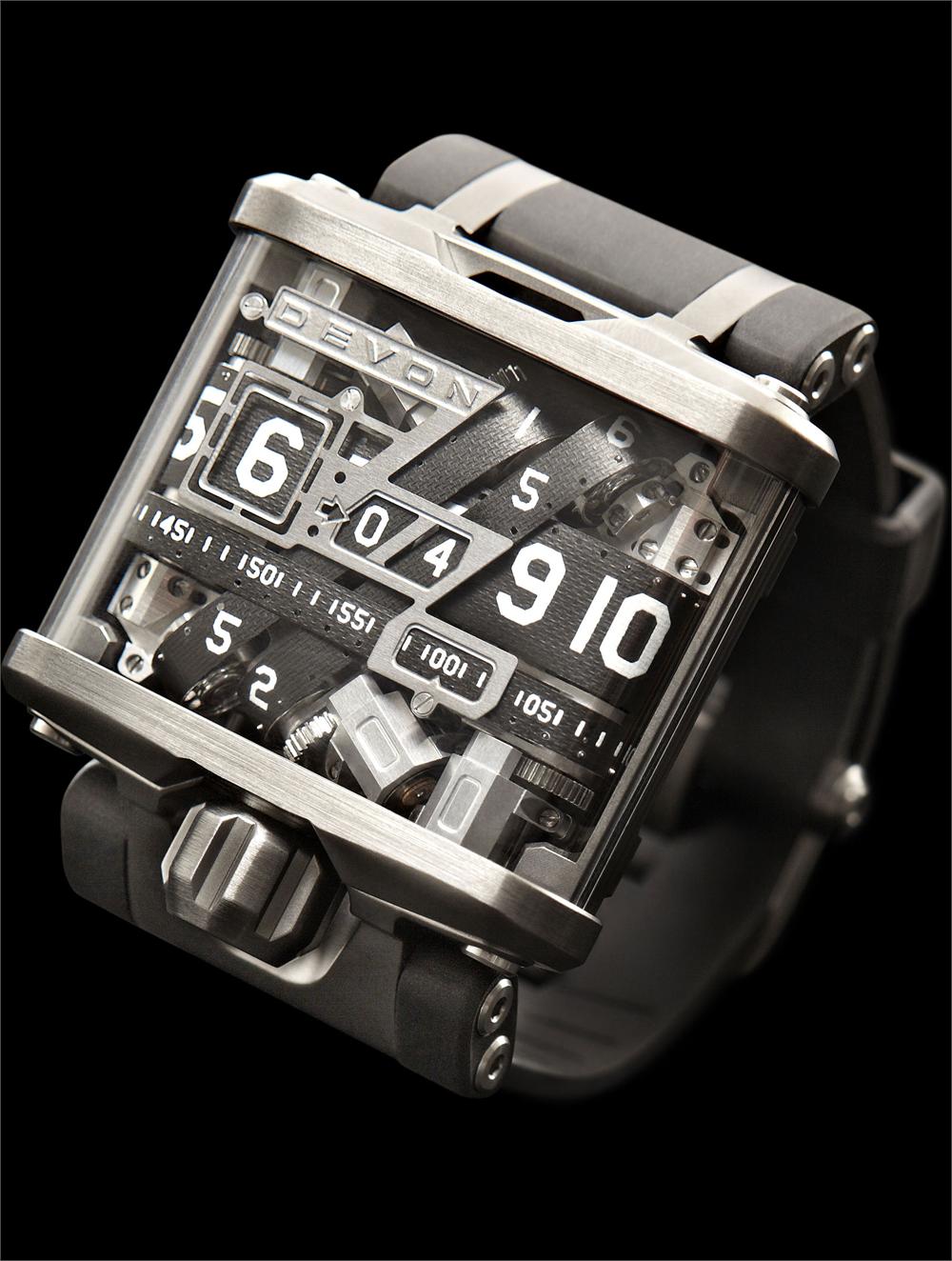 The Devon Tread 1 is a relatively new watch design by Devon Works, a California based watchmaker with a penchant for unique timepieces. The mechanism tells the time using a series of belts operating on multiple levels, it’s remarkably complex system that’s more than a little mesmerising. 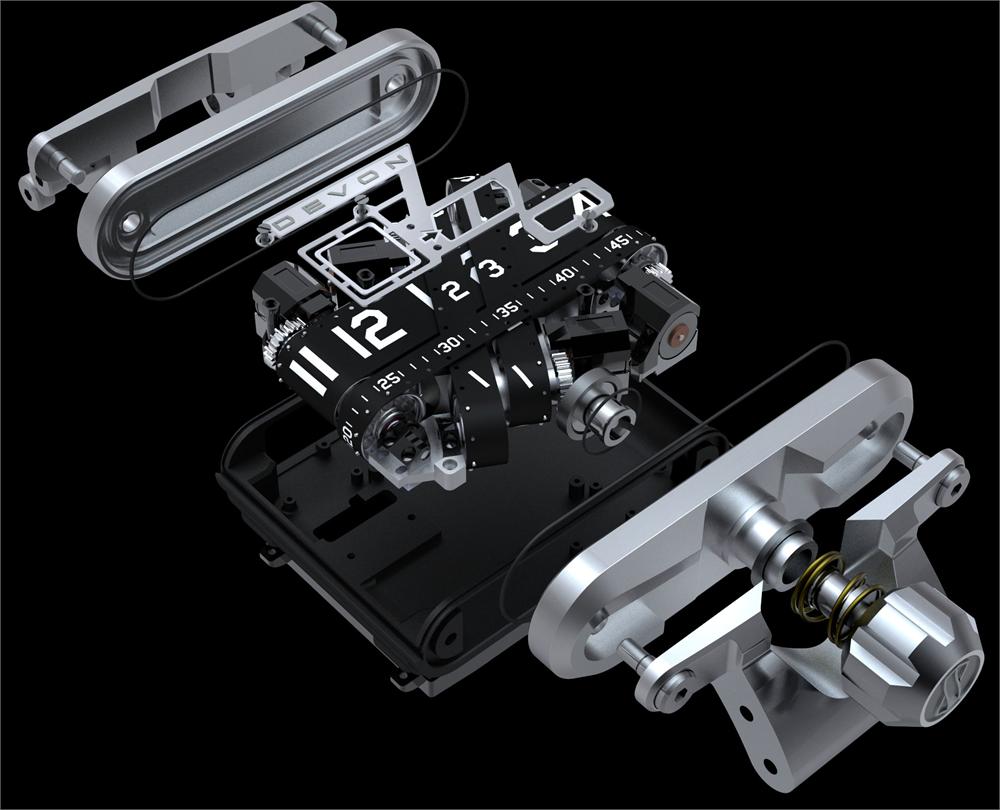