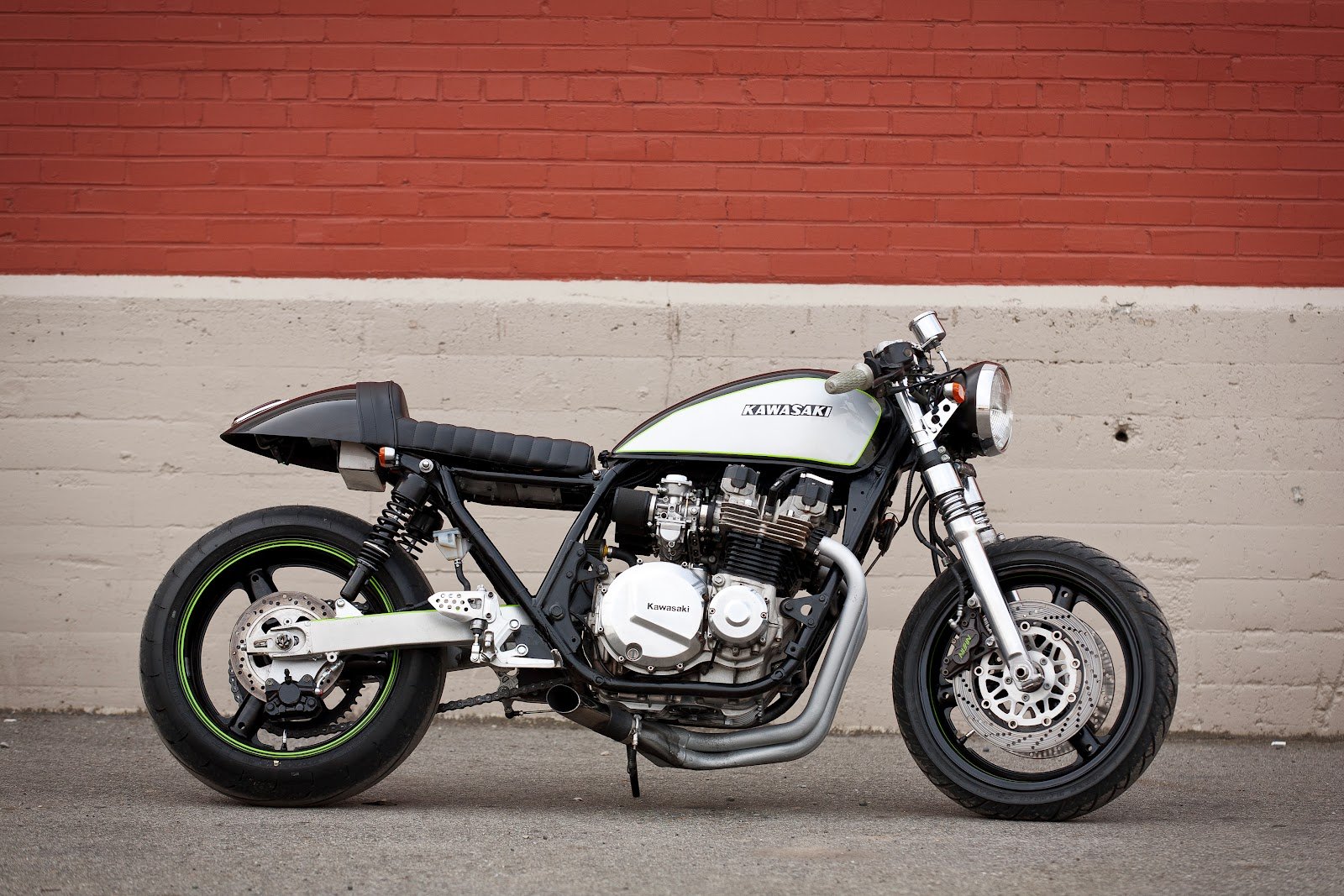 One of my favourite things is to discover men like Albert “The Chief” Hurt, he’s a retired Coast Guard officer who lives in Spokane and builds some of the most remarkable Kawasaki café racers you’ll find this side of Japan.

This particular bike started life as a 1992 Kawsaki KZ1000 Police Special, Al built the bike over this past winter in an unheated garage, wearing a coat and some fingerless gloves, if that isn’t dedication to your craft I don’t know what is.

Interestingly, the front suspension and rear swing arm on this bike is off of a 1995 Suzuki RF900R, Al fabricated the necessary parts to make all of these parts play nice together, he added rear suspension from Benjie’s Café Racer and a slew of parts from web-based motorcycle stores like Dime City Cycles and Drag Specialties.

The finished product is a very quick 95hp motorcycle with modern suspension and dual Nilsin disc brakes. It has some subtle Kawasaki-green touches and looks like a bike that’d very easily embarrass many modern super bikes.

As long as I am turning a wrench, listening to Rammestein and working in the shop I am happy and content.

Words to live by. 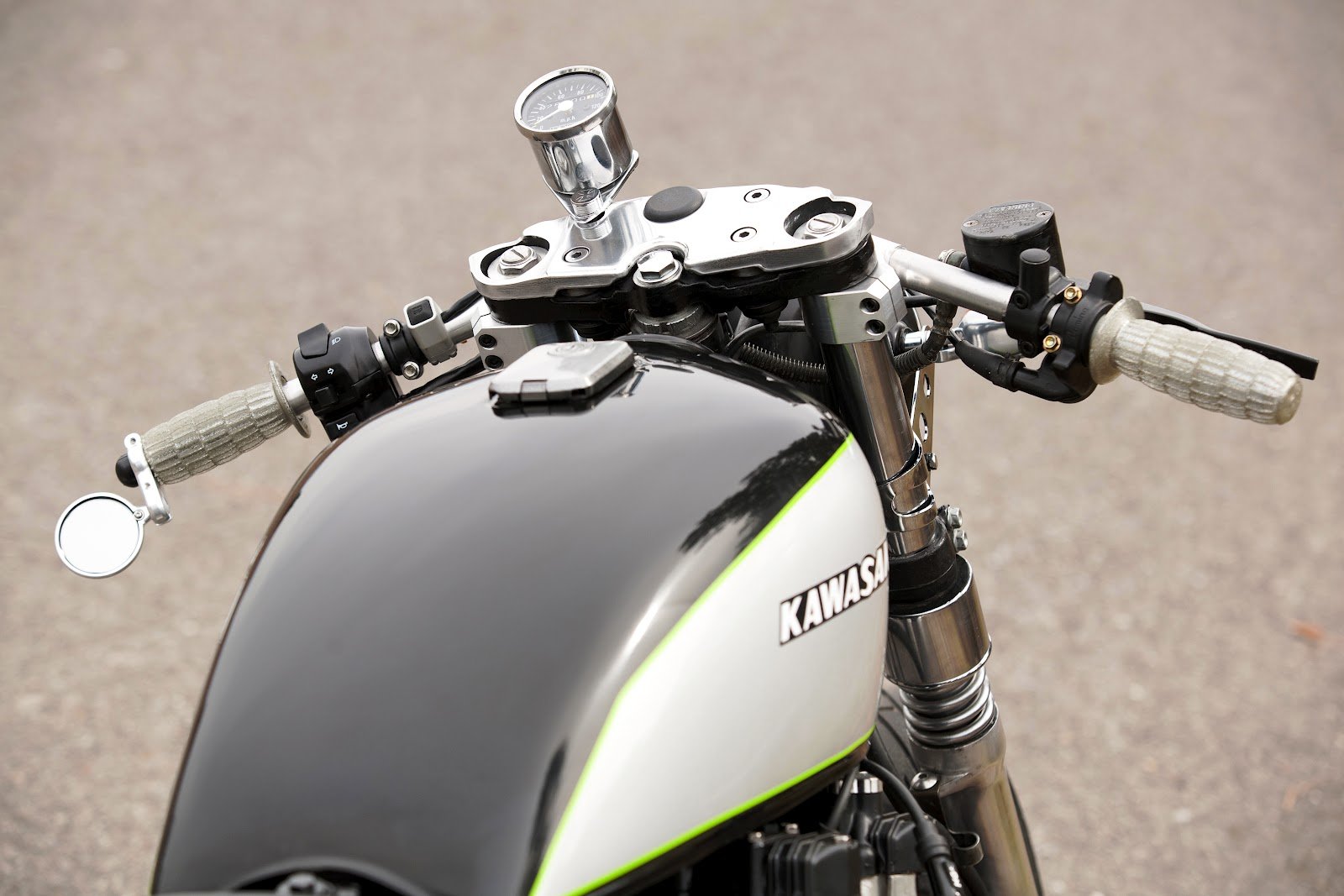 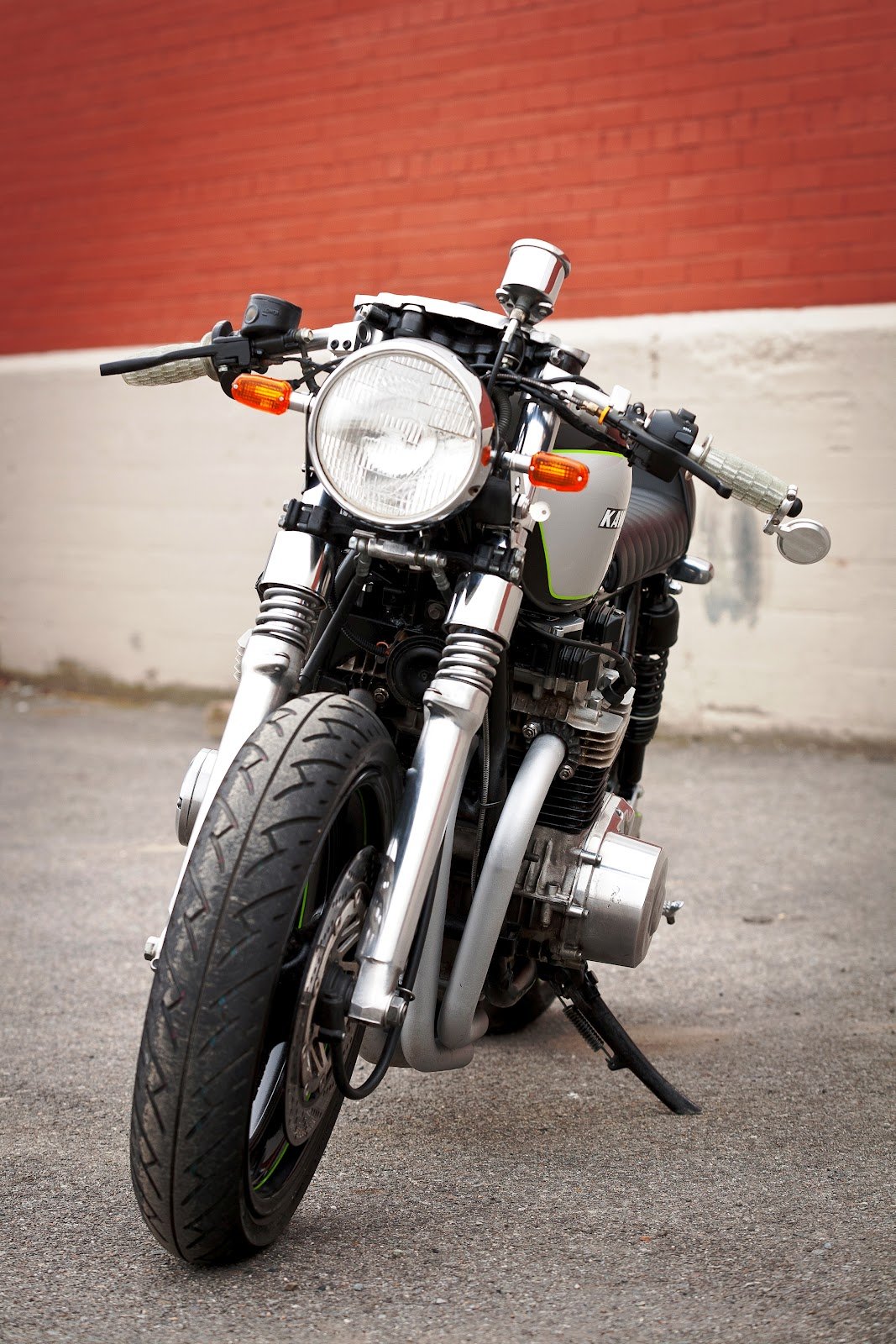 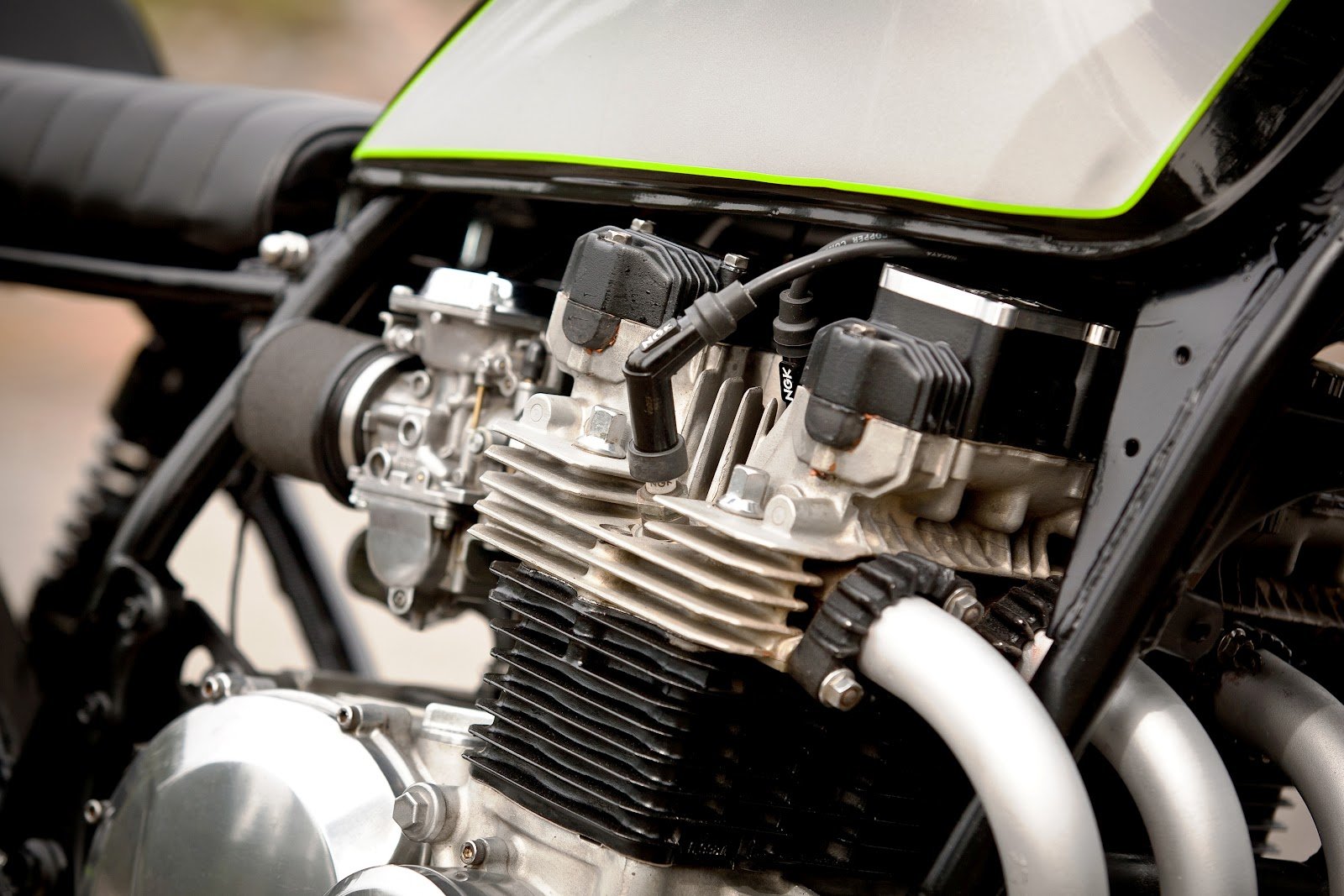 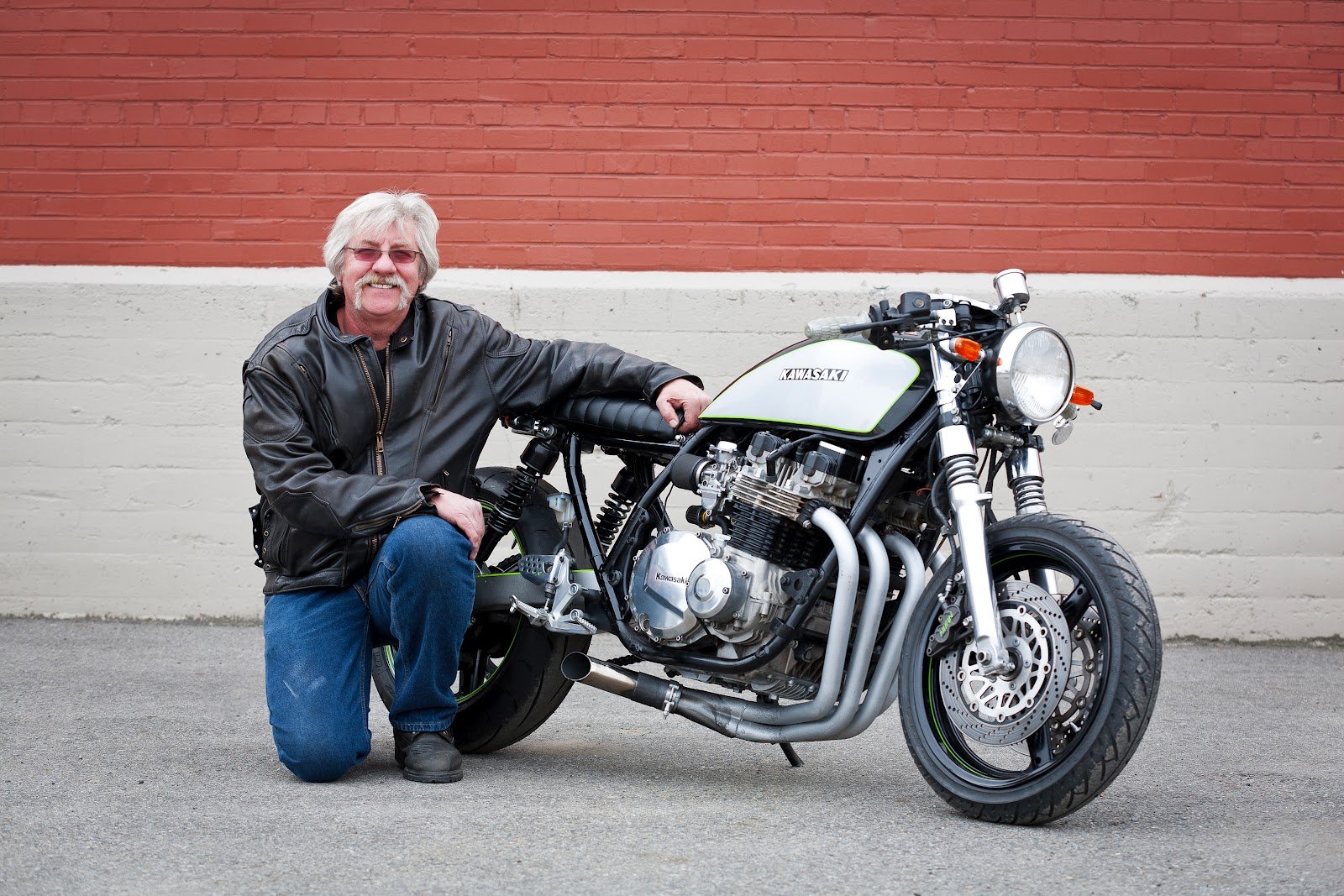