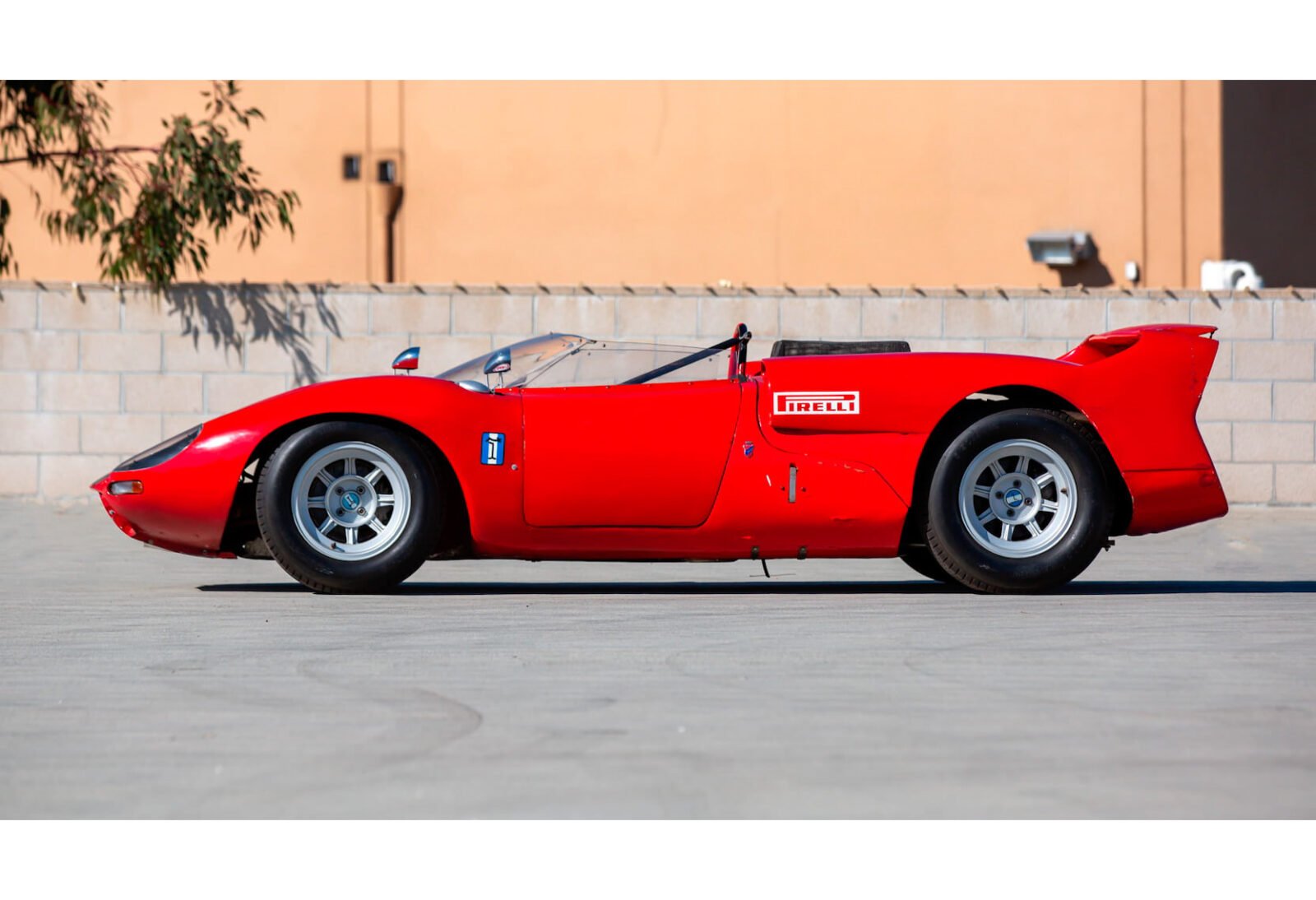 Just one example of the De Tomaso Sport 5000 prototype was ever made, it was a joint project between Carroll Shelby and Alejandro de Tomaso, and it was intended to be put into limited production as a turnkey car that could be ordered by racing teams for top flight competition.

Carroll Shelby and Alejandro de Tomaso have been described as having the two biggest egos in the motoring world in the 1960s, and it’s perhaps no surprise that the partnership ended abruptly with no small amount of ill-will.

Despite the way the project ended, it did produce one of the most beautiful open-top racing cars of its time. The car was designed by Pete Brock, an American designer who was in the employ of Carroll Shelby at the time.

Pete Brock’s story should be far better known than it is, he was the youngest designer ever hired by the General Motors GM Styling design department at the age of just 19. By this time Brock had already built show winning cars and when he went into GM for his interview he had been stumped by their request to see his portfolio of car designs – he’d never compiled one. 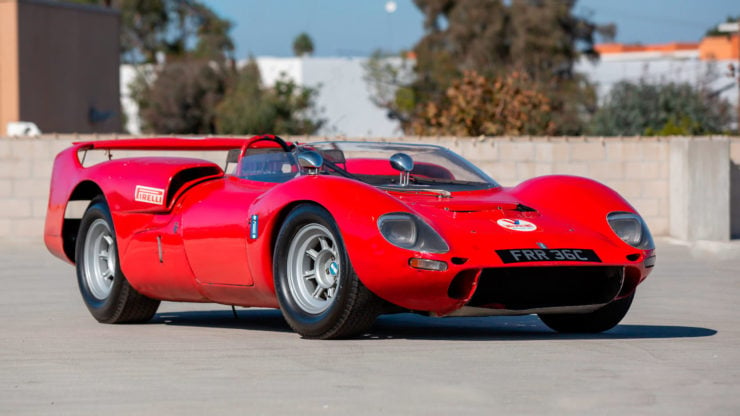 Brock went out to his car in the carpark and sketched a series of car designs off the top of his head, he then went back in and presented them with his “portfolio”. They hired him on the spot. After he left GM he worked for Cooper before being hired by Max Balchowsky to work at Max’s Hollywood Motors in California. It was there that he met Carroll Shelby – this would prove to be a fateful meeting.

When Carroll Shelby was looking for a new car to replace the King Cobras he turned to Pete Brock and Alejandro de Tomaso. Brock would take care of the body design and de Tomaso would do the engineering, all working with Medardo Fantuzzi in the Fantuzzi workshop in Italy. 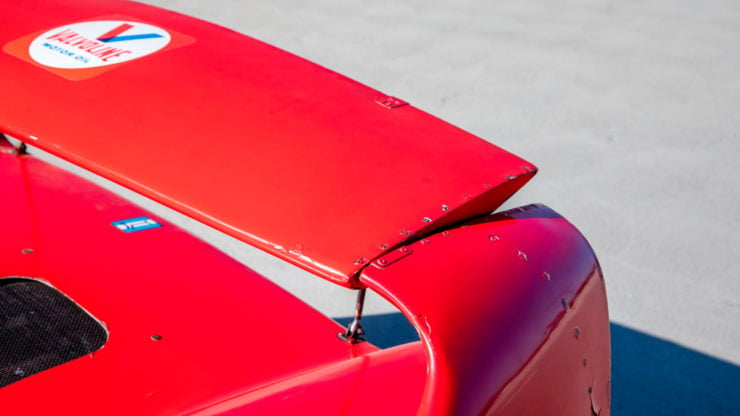 Two cars would result from this partnership, the De Tomaso Sport 5000 Prototype shown here and the De Tomaso P70 – both of which look similar but feature differences under the skin including different engines. These cars used a modified version of the steel backbone chassis used by the De Tomaso Vallelunga, the engine is mounted in a rear-mid location and it acts as a stressed chassis member.

Pete Brock was famous for his interest in aerodynamics, he applied cutting edge aerodynamic theory to the Sport 5000 prototype including a sleek body, covered rear wheels, and a rear wing that could be adjusted by the driver to give more downforce in corners and less on long straights.

The Sport 5000 was fitted with a Ford 289 cu. in. (4.7 litre) V8 engine that had been comprehensively rebuilt to race specification. It was reportedly capable of 475 hp which is no mean feat for a naturally-aspirated 4.7 litre pushrod V8 with two valves per cylinder.

Before the completion of the car Shelby pulled his support to shift his focus to running the Ford GT40 Le Mans program. De Tomaso was furious however he managed to get Ghia onboard with the project, when it was unveiled at the Turin Motor Show in November 1965 it was named the “Ghia DeTomaso”. 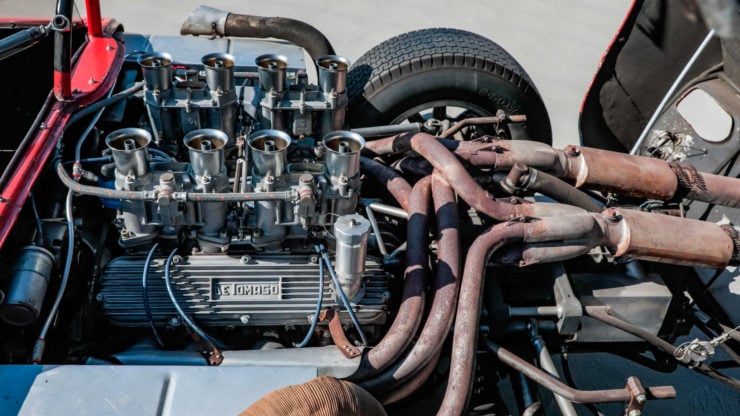 Road & Track Magazine did an article on the car in the March 1966 issue of Road and Track, and it raced against the Ferrari 250LM at the 1966 Mugello Grand Prix.

Despite the car’s fantastic start at the race where it shot ahead of the Ferrari however an electrical short at the battery ended the car’s after just one lap.

Sadly the car would never race again however it is now for sale, and as a car from the 1960s that competed in period (albeit briefly) it would qualify for a wide range of vintage motorsport events like the Goodwood Revival – so hopefully the new owner will fulfil its untapped racing potential and add significantly to its racing history. 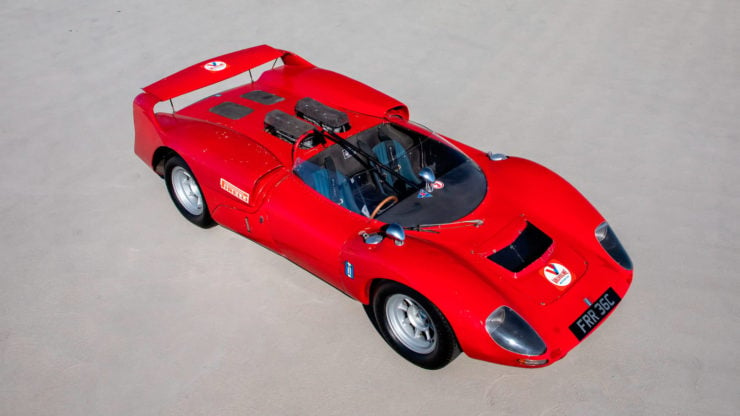 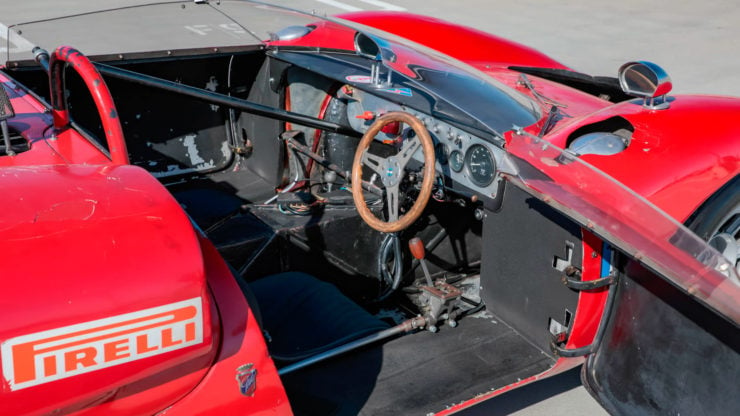 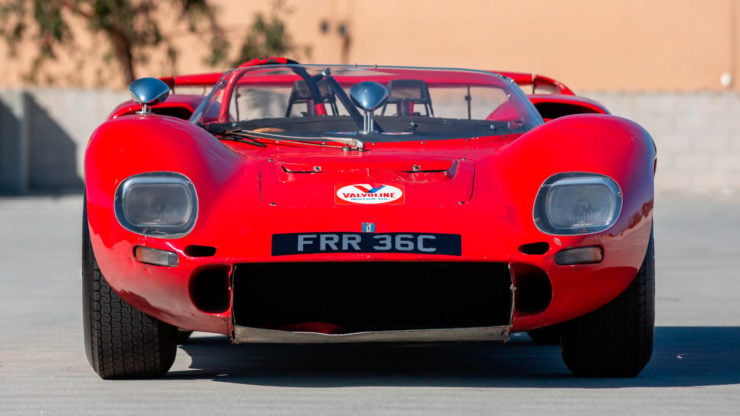 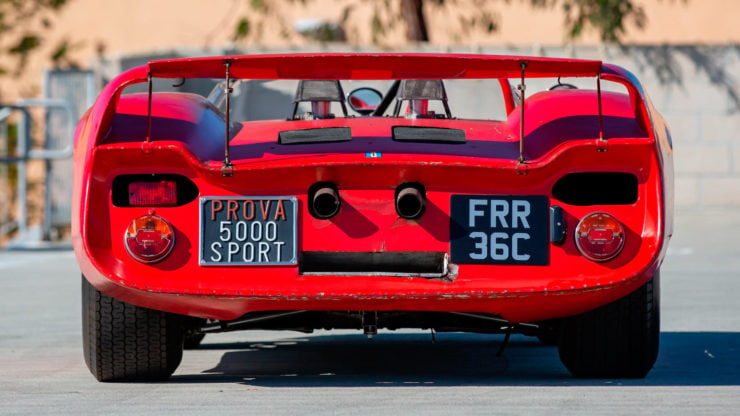 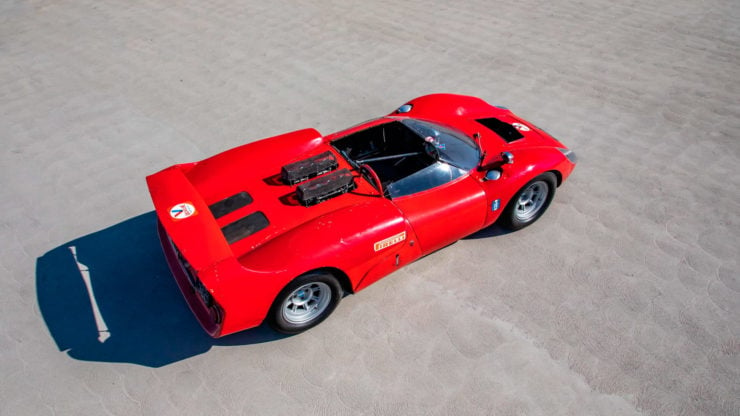 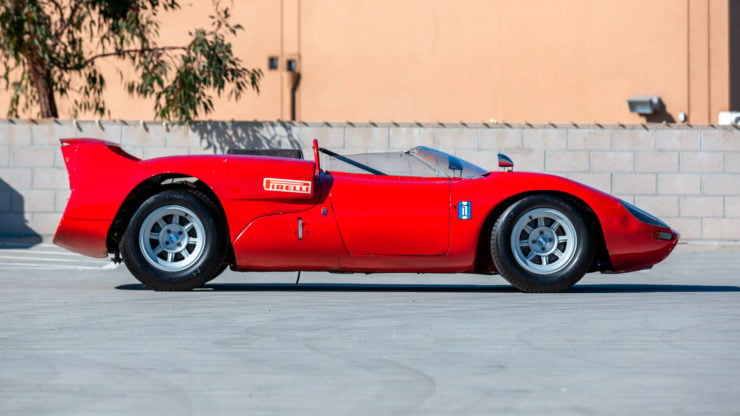 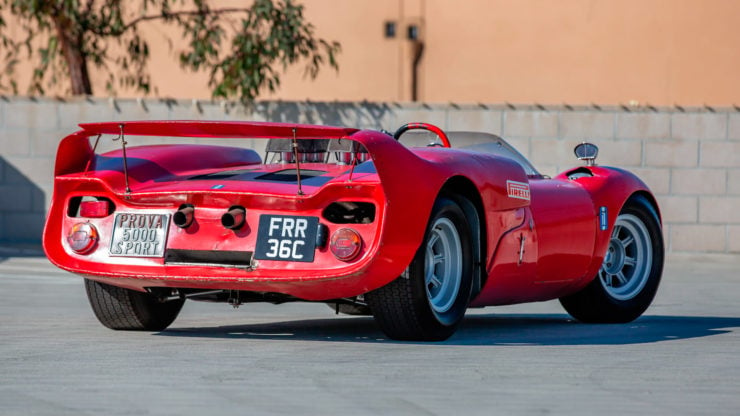 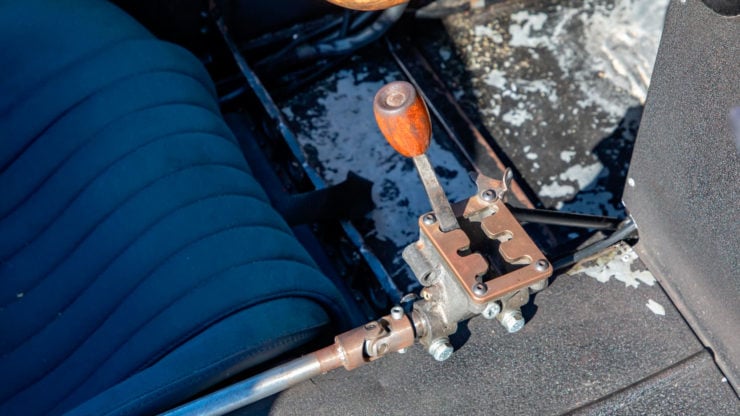 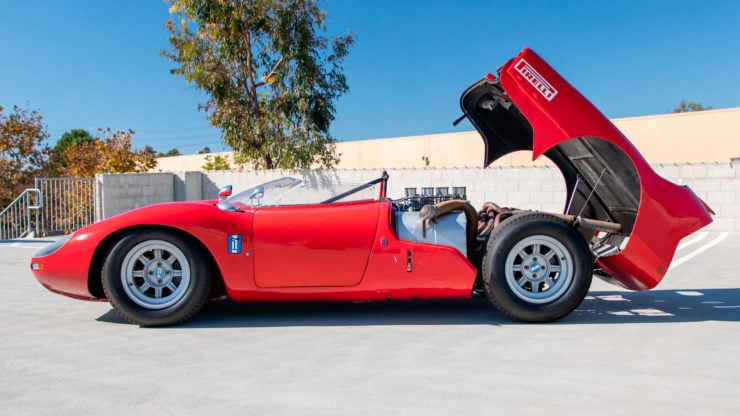 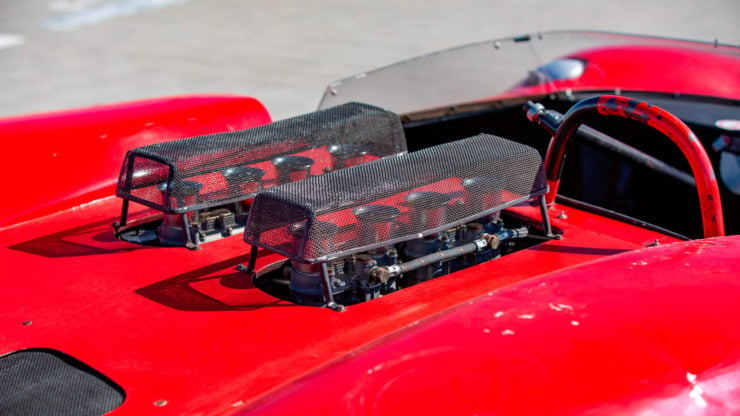 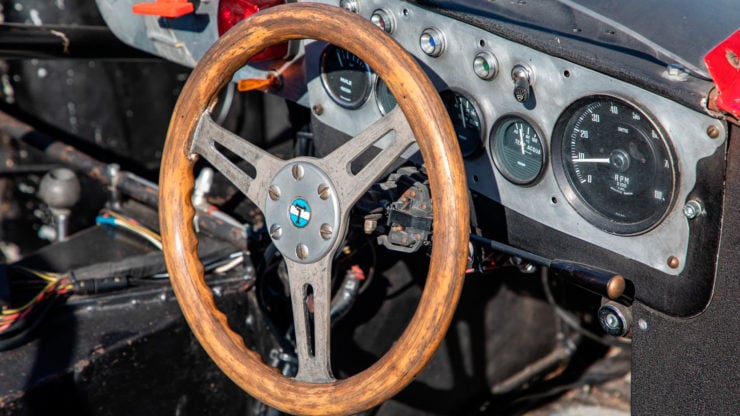 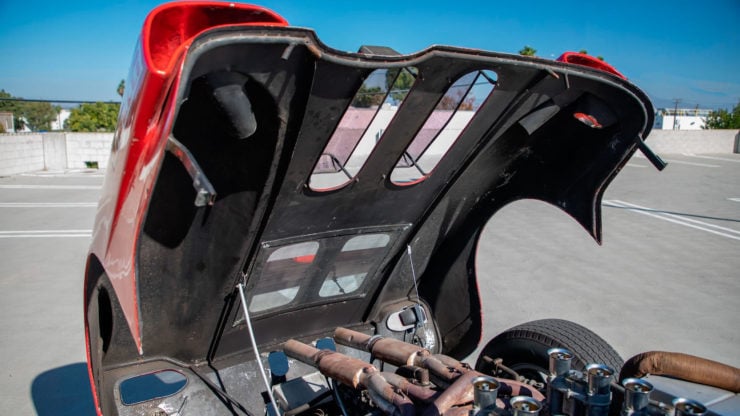 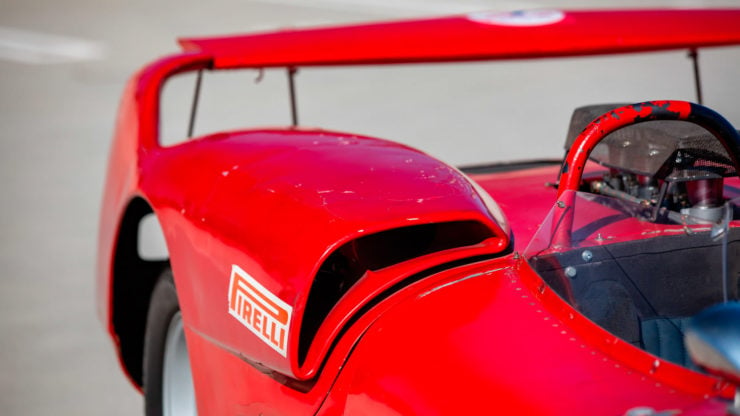 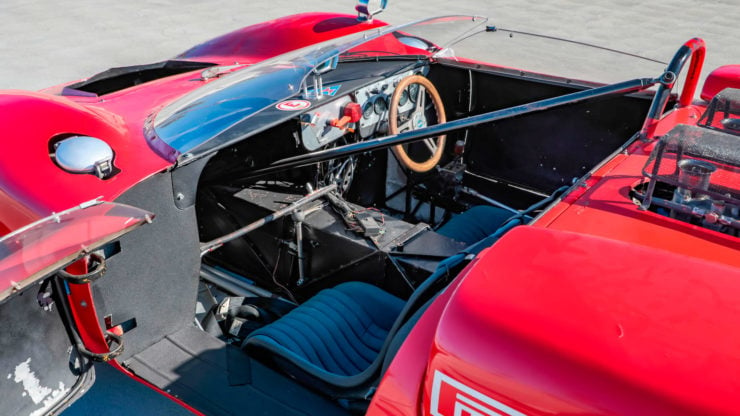 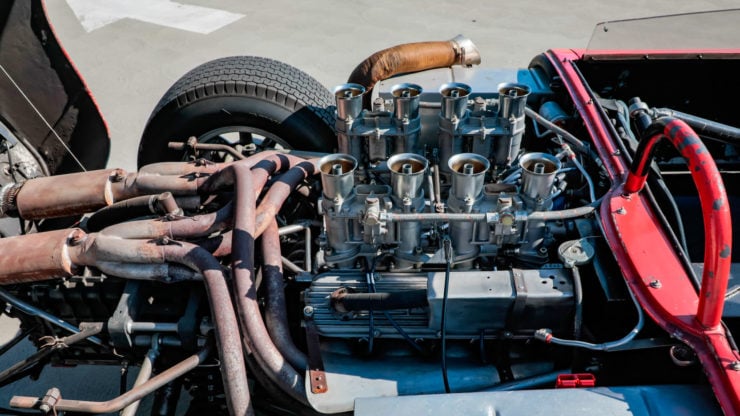