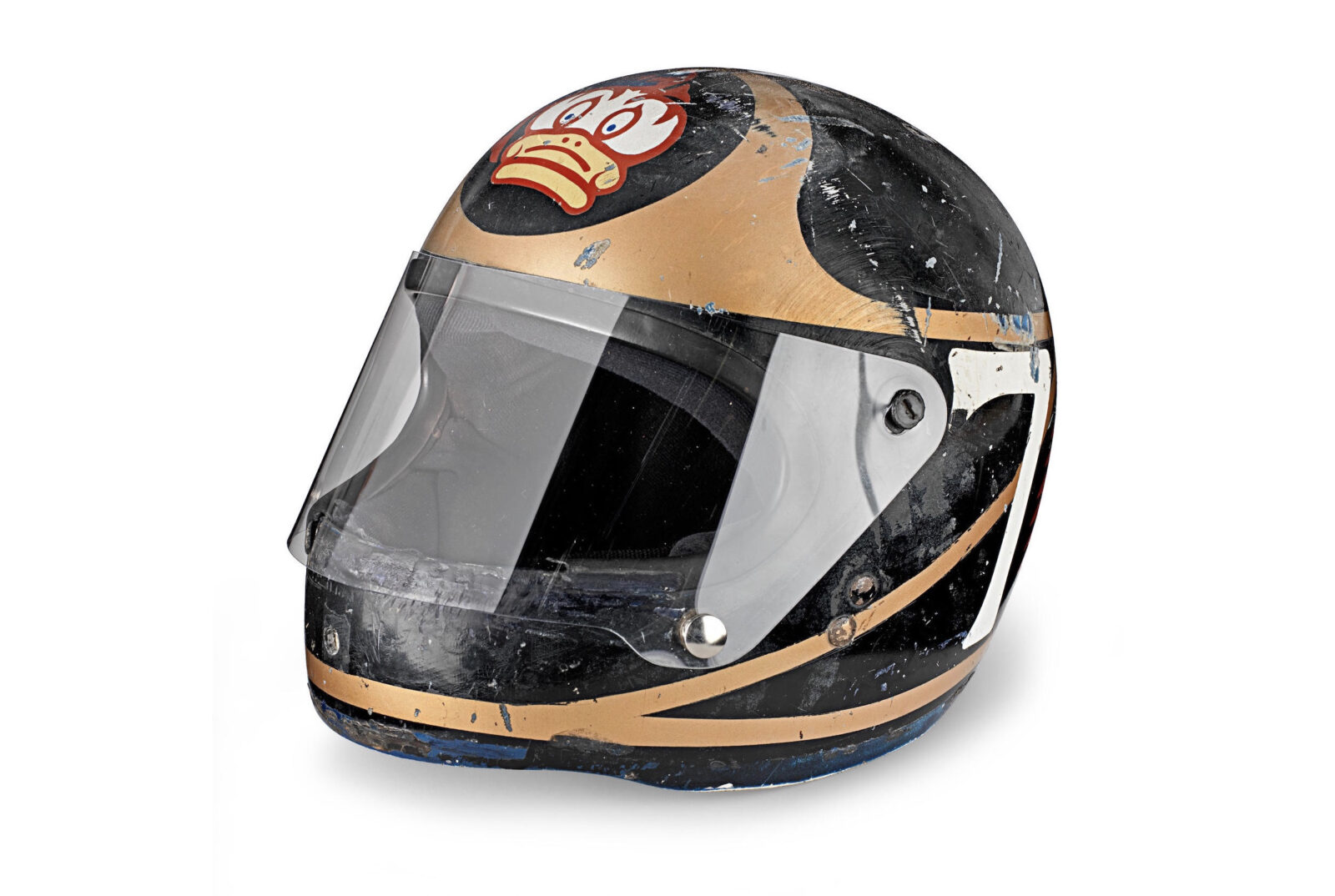 Sheene was famous for many things, like his bright personality and his proclivity for partying hard with fellow racers like James Hunt. To a lesser extent he was also known for the hole he had drilled into the chin bar of all of his helmets so he could smoke cigarettes while wearing the helmet before a race.

This helmet is an AGV X3000 “Ago” (Giacomo Agostini) design, it’s believed to be a prototype given to Barry Sheene in 1977 for testing purposes. 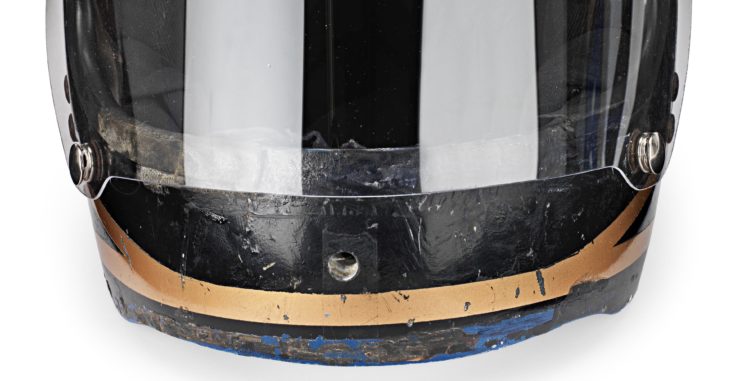 As with many pieces of racing memorabilia from this era there’s no documentation accompanying this helmet, it has been seen by many of Barry’s period contemporaries who have said they believe it to be original including his former Heron Suzuki team-mate, Steve Parrish who said “The helmet looks very authentic, and I would have no reasons to say that this helmet is not a genuine article!”.

Others who have seen it and made similar comments include TV commentator and co-author of Barry’s biography, Nick Harris; Barry’s daughter Sidonie; and former Grand Prix racers Marcel Ankoné and Brian Kemp.

“I can categorically confirm that this helmet is a 1977 AGV X3000 ‘Ago’, believed to have been a prototype given to Barry Sheene in 1977 to try out in warm up and race practice. This particular helmet of Barry’s was originally blue but would have been given to one of the helmet designers which AGV used to create the artwork on the helmet – possibly John ‘The Paint’ Moffatt. The helmet would have been given to Barry by AGV in 1977 to try out ahead of his contract with AGV commencing in 1978.” – Mike Fairholme 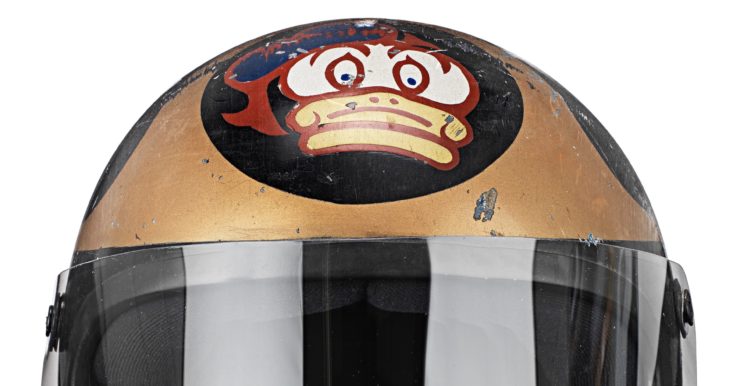 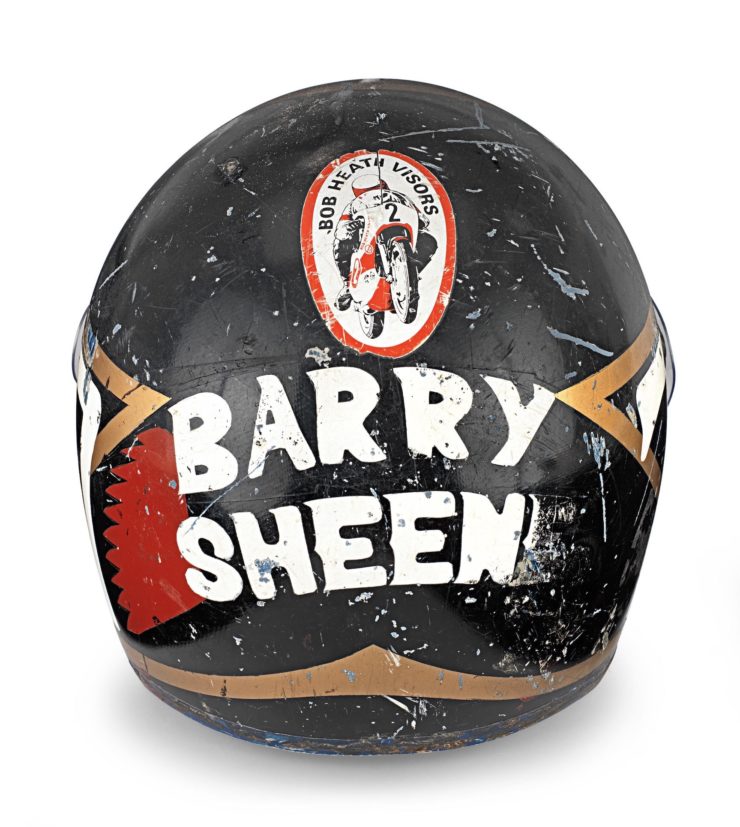 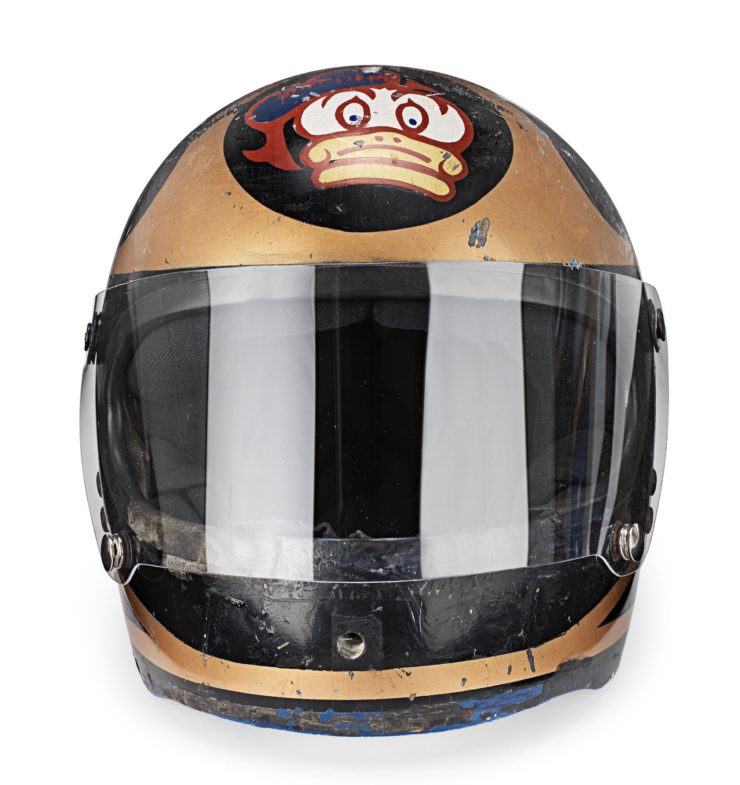