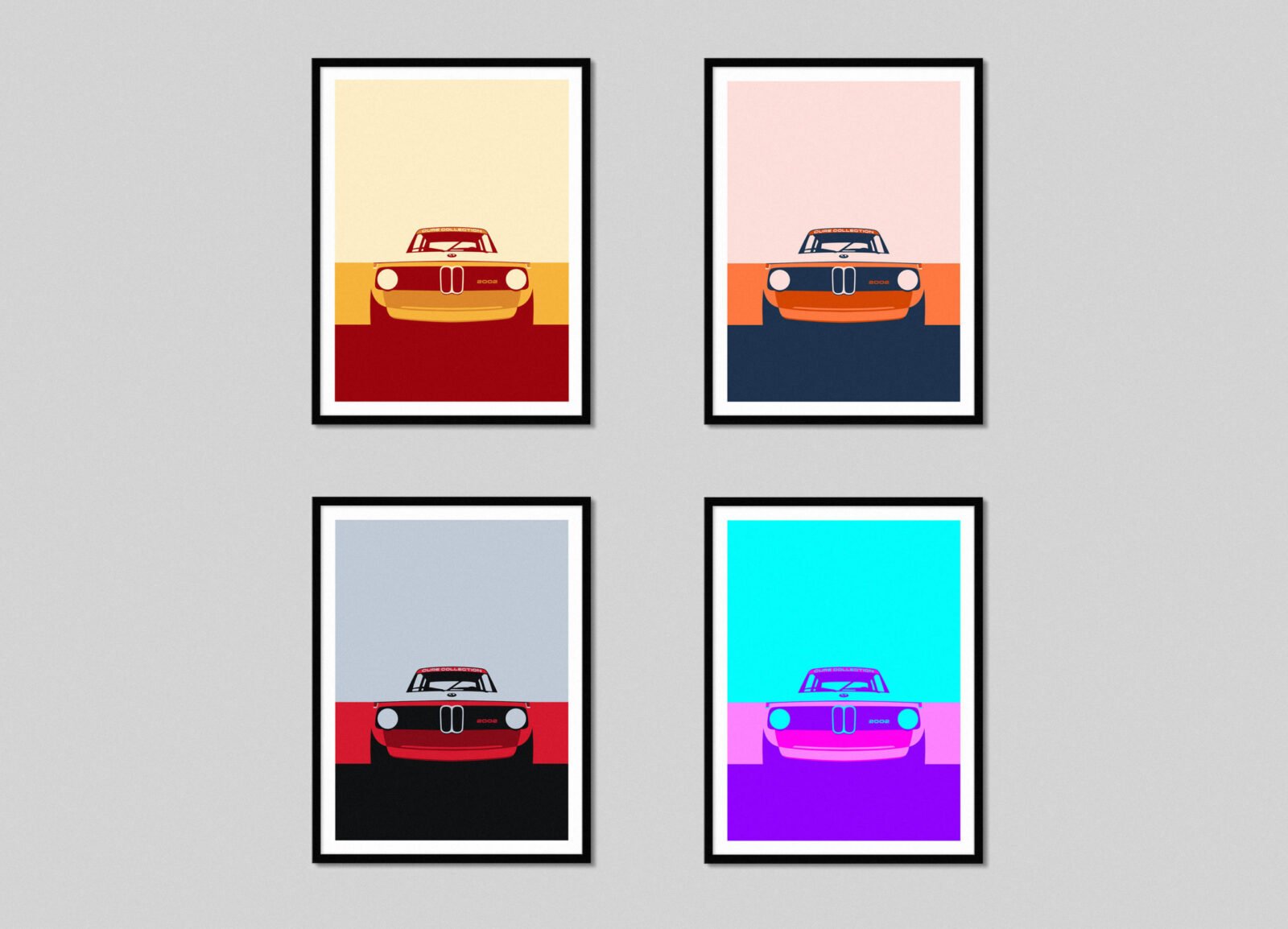 Layered 2002 is a new series of prints of the legendary BMW 2002, as with all Cure Collection designs 20% of the proceeds from the sales of these prints will go directly to The Breast Cancer Research Foundation®.

Cure Collection was founded by automotive designer Mason Watson who lost his mother Sharon to breast cancer in 2008. He wanted to do something to help raise money for breast cancer research and so he started Cure Collection and began designing t-shirts and poster prints – as mentioned above, 20% of proceeds from Cure Collection go to The Breast Cancer Research Foundation®.

The BMW 2002 was essentially a sports car with the body of a five-seater sedan with plenty of space in the trunk. The car was based on the BMW 1602 and shared its independent front and rear suspension, good handing, and excellent visibility out of the passenger compartment.

Over the course of the model’s production run it was offered in carbureted, fuel injected, and turbocharged variants. Today there are many surviving BMW 2002s and they’ve become a cult classic with a loyal following around the world, and they’re still reasonably affordable in many parts of the world. 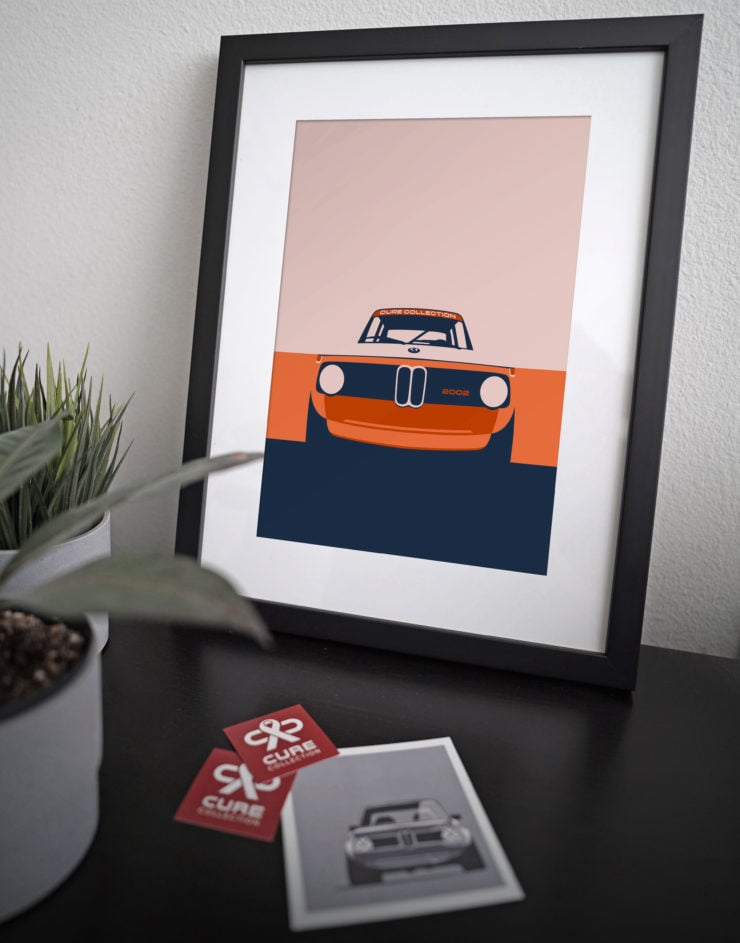