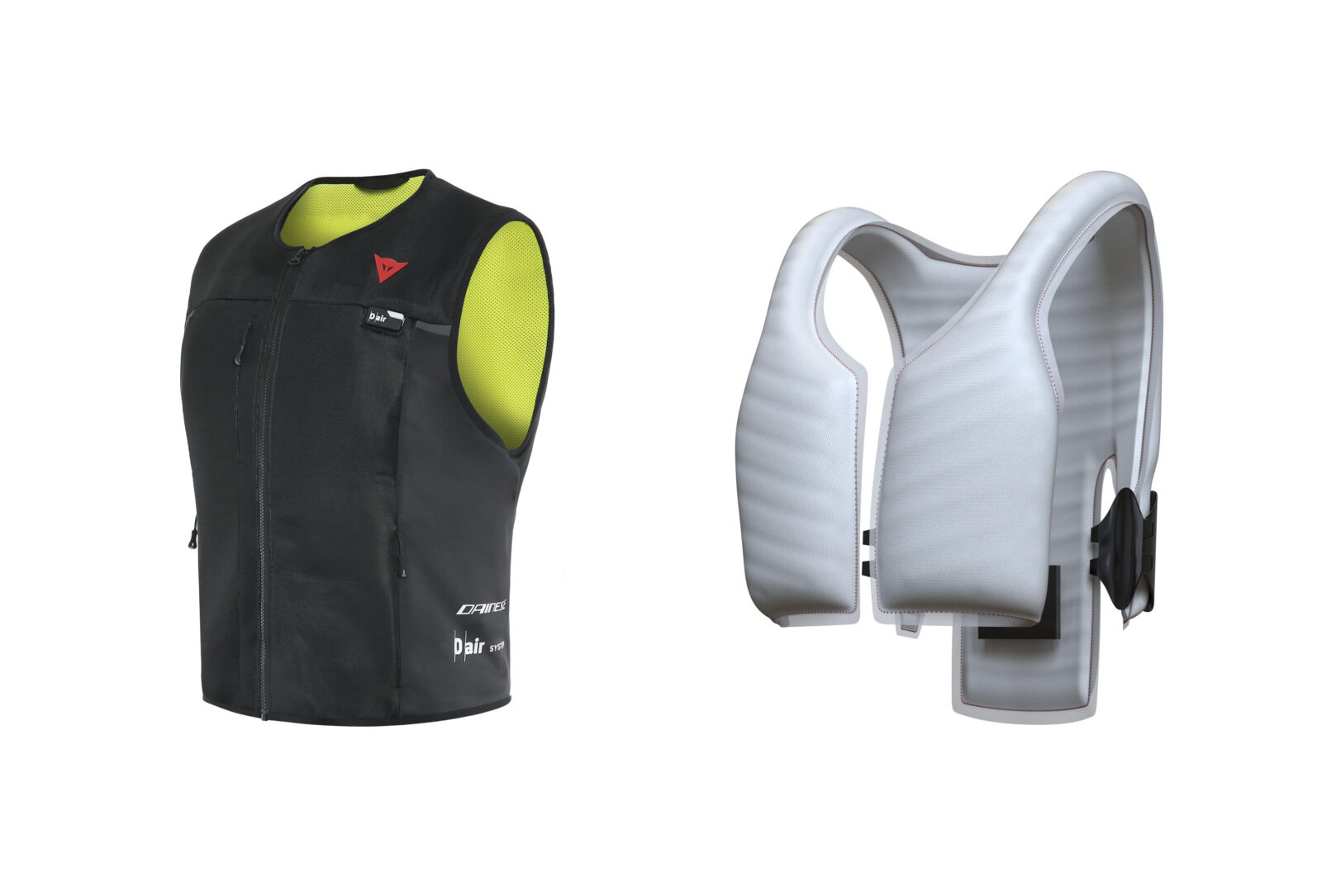 The Dainese Smart Jacket was designed to bring MotoGP-grade airbag protection to street riders, it can be worn over or under any jacket, hoodie, or outfit to provide a significant added level of impact protection.

There can be little doubt that personal airbags are the future of motorcycle safety gear, particularly when combined with a more traditional motorcycle jacket or racing suit providing abrasion resistance.

The Dainese Smart Jacket uses D-Air, MotoGP airbag technology, and it has seven onboard sensors monitoring data 1,000 times per second with the algorithm able to detect low-sides, high-sides, and object/vehicle/rear-end collisions.

The chest protection provided by the airbag meets or exceeds CE Level 2 for airbags, transmitted force is <2.5kN. Compared with standard CE level 2 hard armor which transmits <9kN – so the airbag disperses over 300% more energy than its rigid counterpart.

It’s almost certain that we’ll continue to see an increasing number of airbag equipped vests, jackets, pants, and race suits as the technology becomes cheaper and more affordable to regular riders. The Dainese Smart Jacket is a great step in this direction, it costs the same as a comparable quality motorcycle jacket and it has the ability to be worn with all of your regular gear. 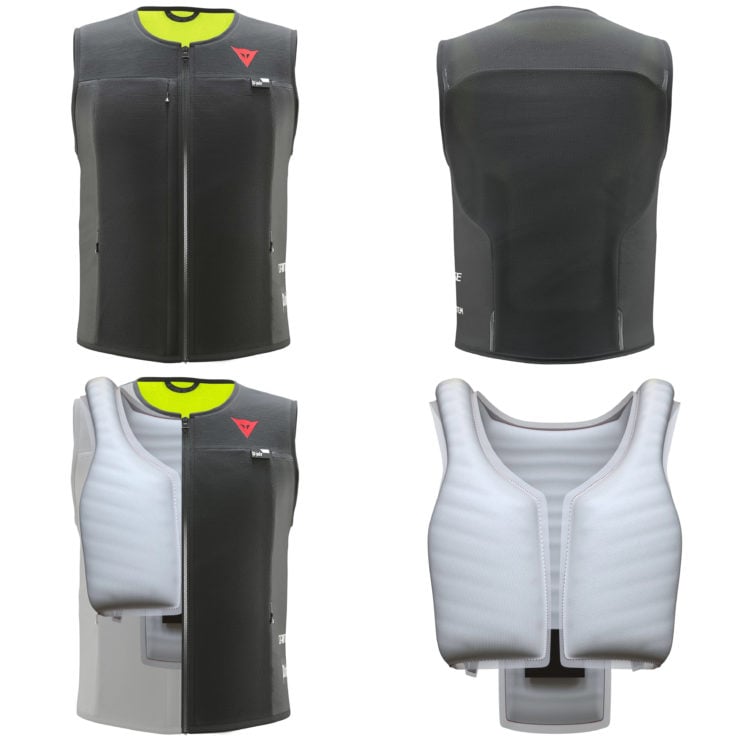 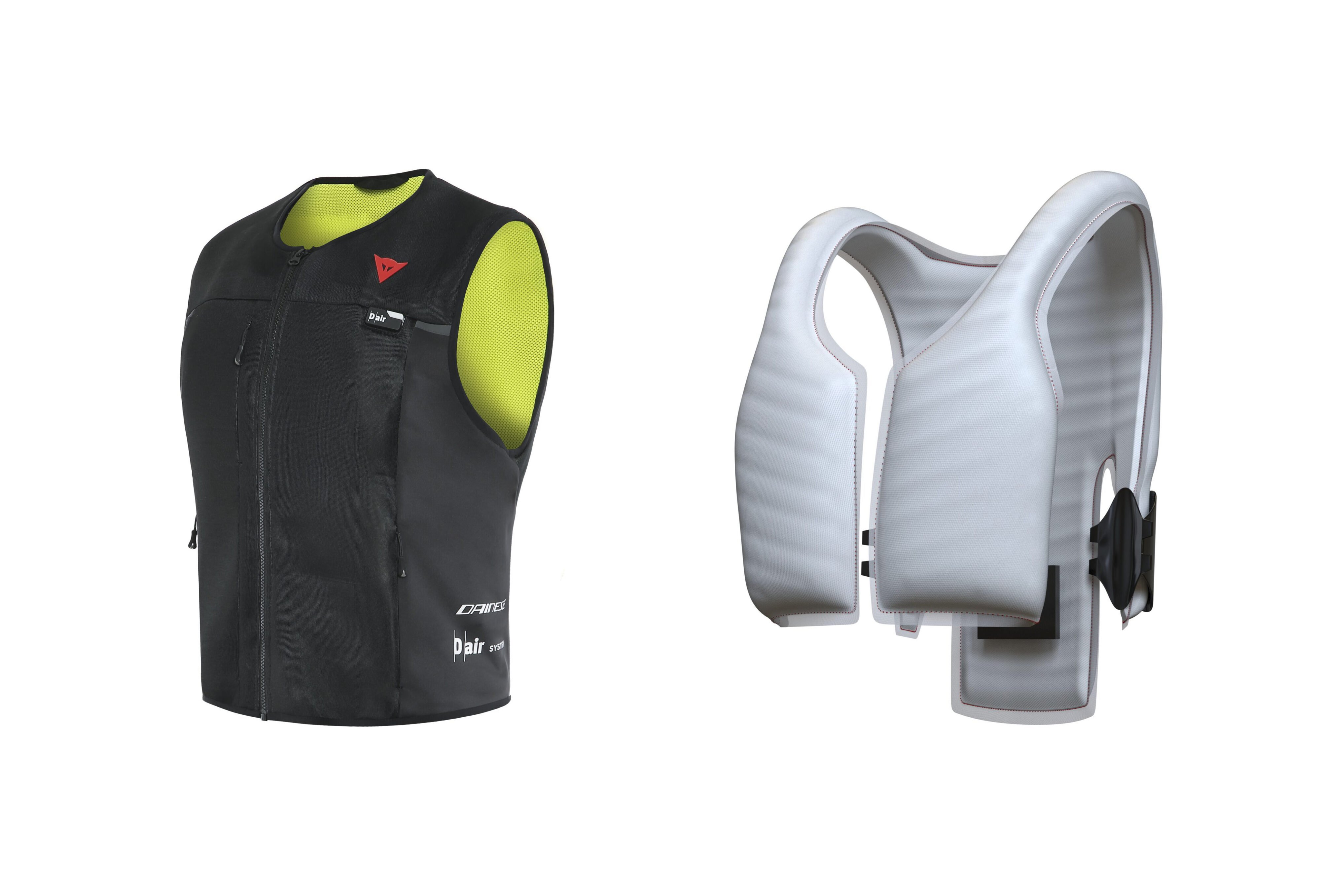