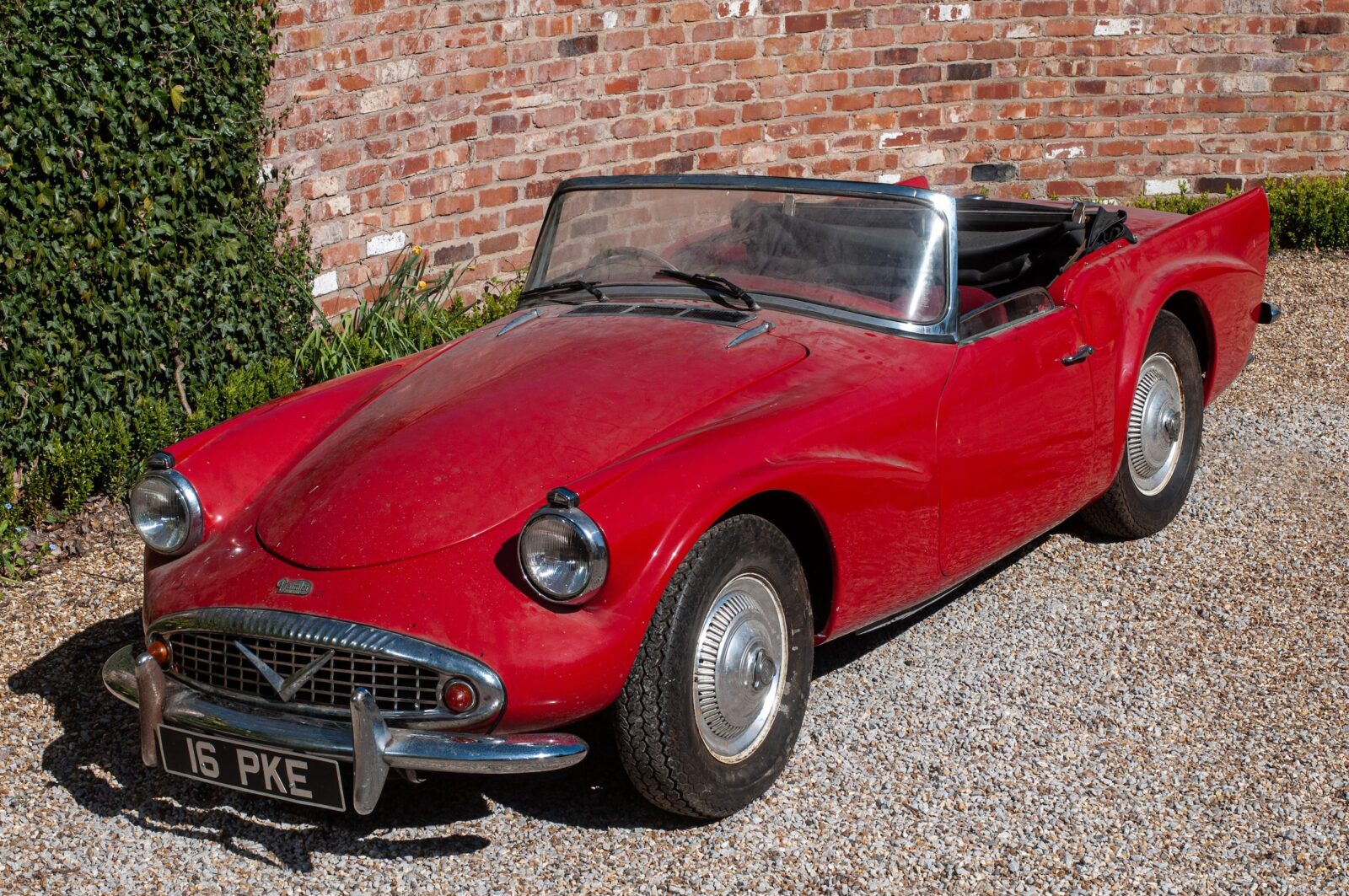 The Daimler SP250, originally named the Daimler Dart, was a car that should have been a huge success for the British automaker. It has a lightweight composite body, a low curb weight, a hemi-head V8 engine, and a top speed of over 120 mph – all great features by the standards of the late 1950s and early 1960s.

The reason the SP250 wasn’t a runaway success is widely thought to come down to one factor, it has what’s been described as a “droopy mouth” and the design has been widely panned for decades since its 1959 debut.

That said, there is a sold fanbase for this car around the world including people who will yell at you if you try to tell them the car is stylistically challenged. When it was first shown to the public at the 1959 New York Motor Show it was awarded the unofficial title of “Ugliest Car In Show.” This must have set alarm bells ringing back in England at Daimler headquarters as the USA was anticipated to be the car’s number one market by quite some margin.

Daimler had originally intended to call the car the “Daimler Dart” however on introducing the car to the American market they were told in no uncertain terms by Chrysler’s lawyers that they would be sued into oblivion – Chrysler had trademarked the Dart name for their own cars. The name was quickly changed to “SP250” which had been the original internal project number for the car.

This poor reception suffered by the car in the USA was troubling, you could go so far as to say that the Daimler SP250 had been developed specifically for the American market. The company believed that 2/3rds of the models sales would be in North America, a market that had been white hot for British sports cars since the curtain fell on World War II.

The project to develop the car that would become the Daimler SP250 was assigned to Edward Turner, designer of the now famous Triumph parallel twin engine that helped to transform the British motorcycle industry. 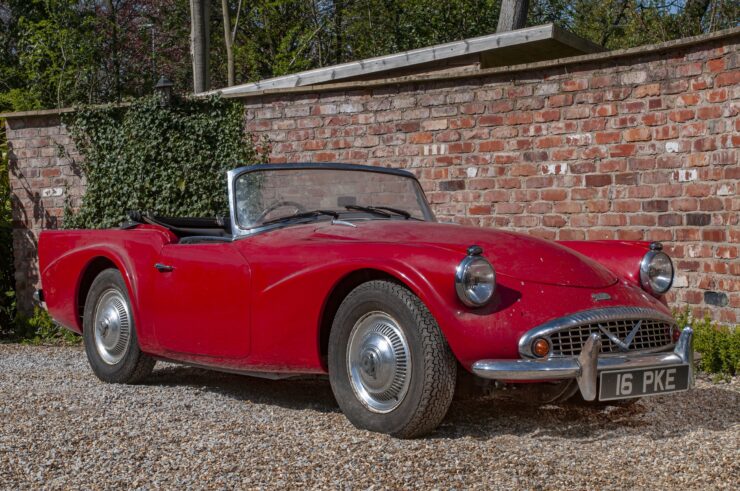 Above Image: The styling of the car has always been somewhat divisive, but it does have a solid group of enthusiasts around the world keeping them running and on the road.

Turner was appointed to the Managing Director role of BSA’s Automotive Division in 1956 and tasked with developing a new sports car with a V8 engine. V8s were famously popular with American buyers of course, and cars like the Chevrolet Corvette with its fibreglass body and V8 engine likely provided no small amount of inspiration.

Interestingly the V8 engine option in the Corvette was offered for the first time in 1955, just a year before development of the SP250 began, and with its lightweight composite body there were many who believed the Corvette may represent the future direction of the global sports car market.

There can be no denying that Turner was a brilliant engineer, the V8 he developed for the SP250 is still winning him fans today over half a century later. The 140 hp engine has a swept capacity of 2,547cc, a centrally-mounted camshaft that actuates 16 overhead valves in the heads via pushrods. The block is iron and the heads are alloy, and the engine has hemispherical combustion chambers fed by twin SU carburetors.

A fiberglass body was designed for the new car, this helped to keep weight low but it also saved a small fortune on tooling costs – steel stamping dies are far more costly than fiberglass moulds. The chassis is a 14 gauge ladder frame with cruciform bracing, and the car rides on independent front suspension with a live axle in the rear being sent power from the 4-speed transmission.

The first car to be introduced is now retroactively known as the A-spec SP250, there would be two further iterations, namely the B-spec and C-spec cars which are generally more sought after by collectors. The reason the later cars tend to be more popular is that the original A-spec model was the first Daimler to have a fiberglass body, due to inexperience with the material the chassis was too flexible which led to poor handling and an unnerving propensity for doors to fly open when cornering hard.

Jaguar would acquire Daimler in 1960, they immediately set to work on improving the SP250 with a particular focus on the chassis. The original chassis was significantly strengthened with new outriggers and a strengthening brace between the A-pillars which solved the problems suffered by the first models. 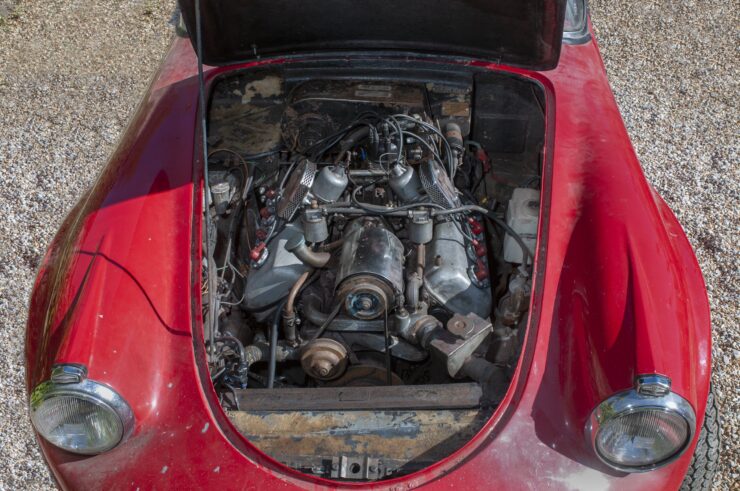 Above Image: The Edward Turner-designed V8 has proven to be enduringly popular, it would be produced in large numbers to fill demand for the later Daimler 2.5 V8 four-door saloon car.

Possibly due to the somewhat controversial styling the sales for the Daimler SP250 had never been stellar and had fallen far short of early projections. By the time Jaguar killed the model off in 1964 just 2,654 had been built, it had been hoped the company would sell 3,000 per year.

The V9 that had been developed for the SP250 would later be fitted to a version of the Jaguar Mk2 which would be sold with Daimler 2.5 V8 (later V8-250) badging. This would go on to become the single highest production model for a Daimler up until that point in history.

Although the SP250 had a troubled production life it did become a popular choice for police departments in the United Kingdom and further afield in places like Australia and New Zealand. The British Metropolitan Police in London famously used police-specification SP250s to chase down and arrest cafe racers – amateur motorcycle racers considered a scourge in London at the time who would later go on to become counter culture heroes.

It’s not known how many Daimler SP250s remain, most estimates are well under 1,000, and as a result they’re becoming more popular as time goes by and more people discover the simple joys of that Turner-developed V8.

If you’d like to read more about the car you see here or register to bid you can click here to visit the listing on H&H Auctioneers. It’s due to roll across the auction block on the 26th of May with a price guide of £14,000 to £18,000. 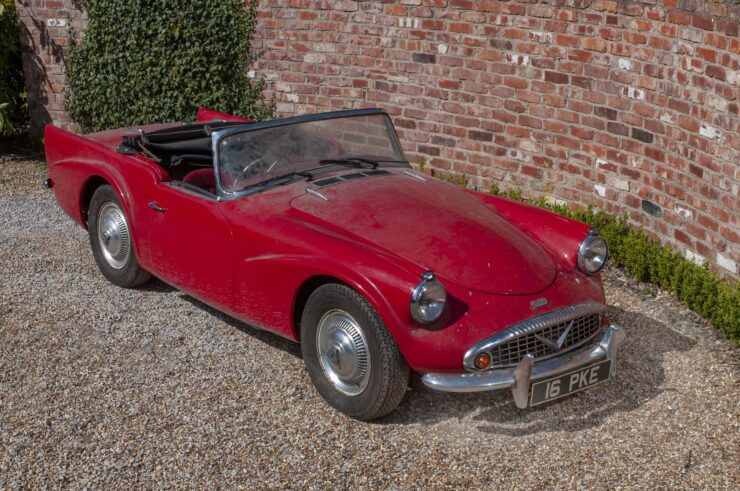 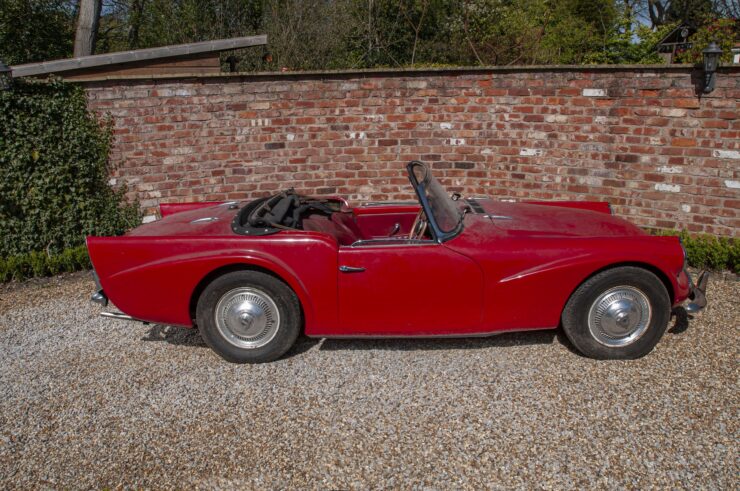 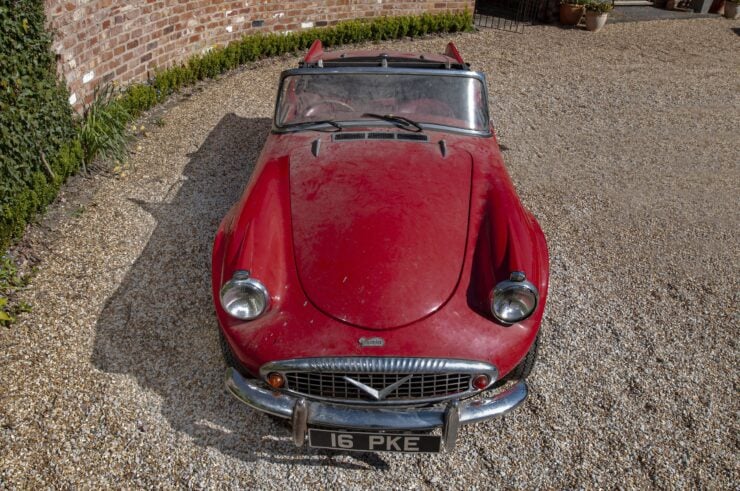 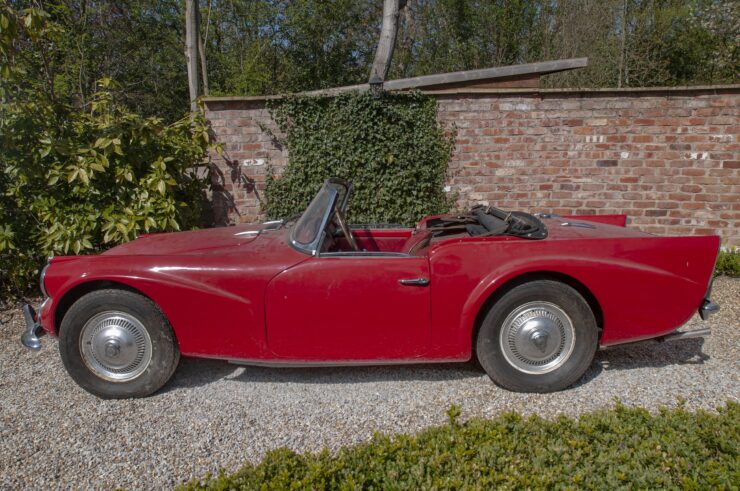 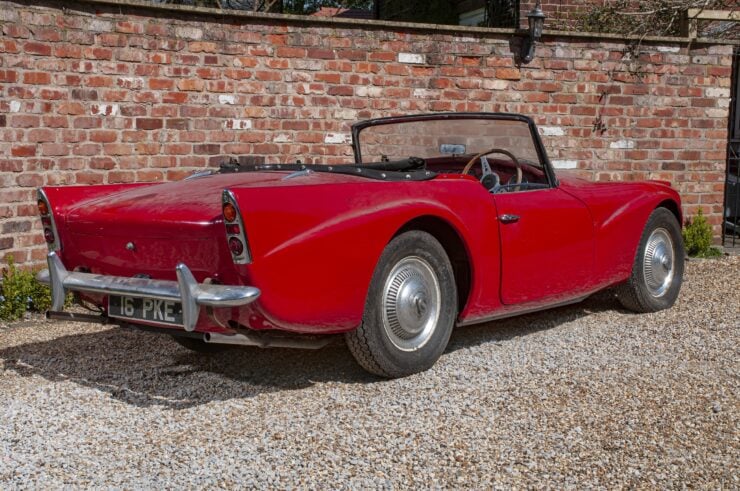 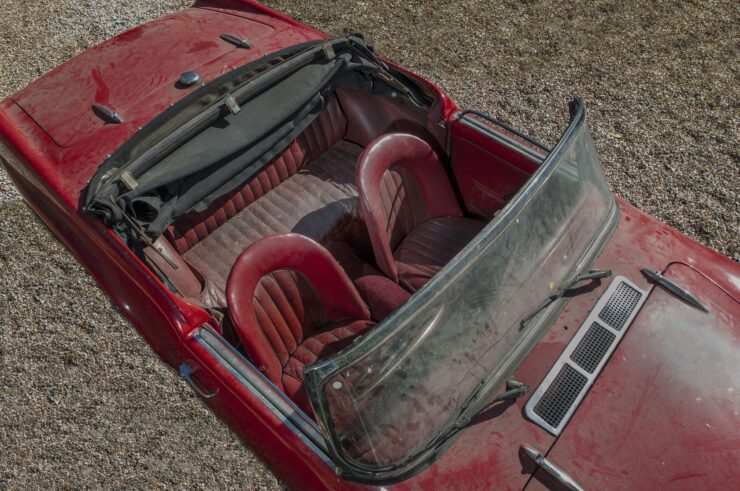 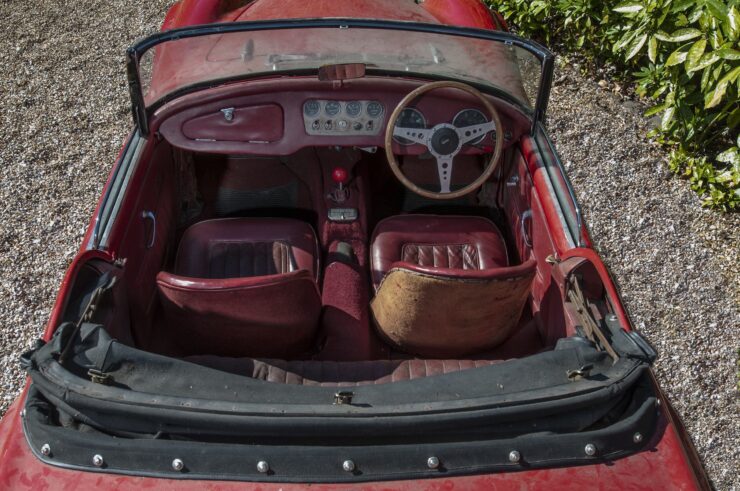 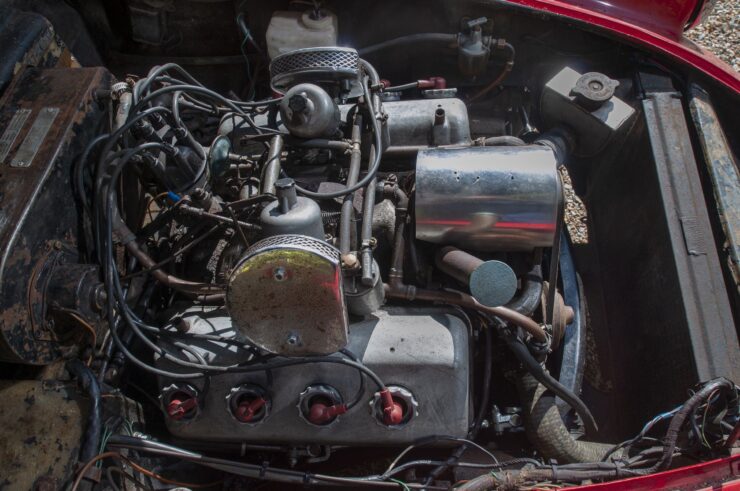 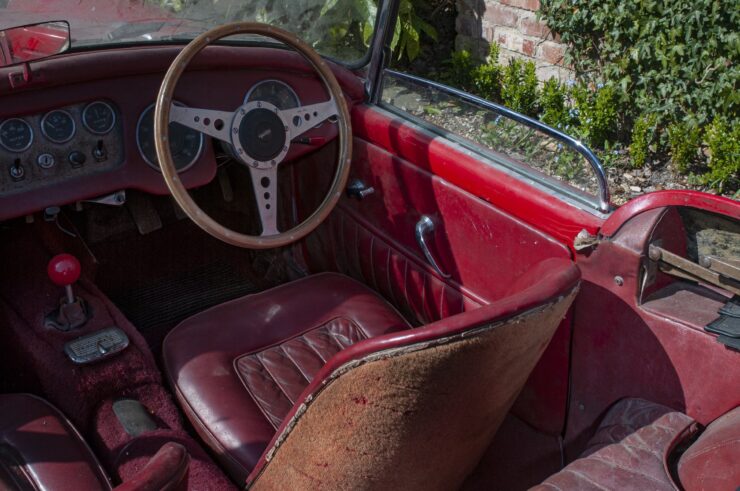 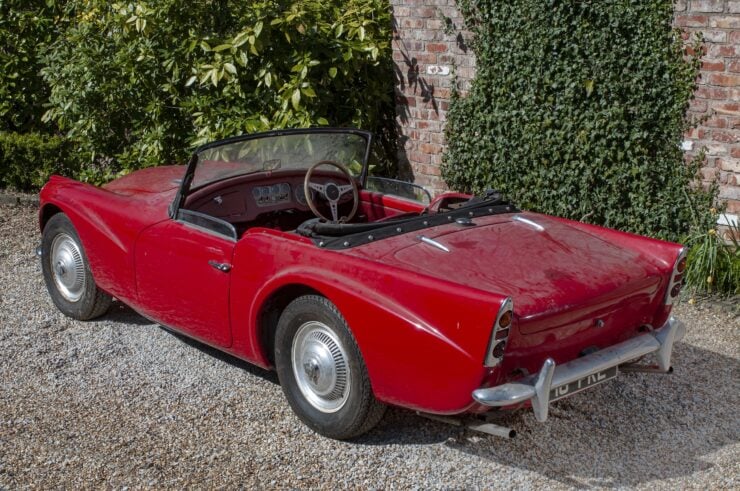 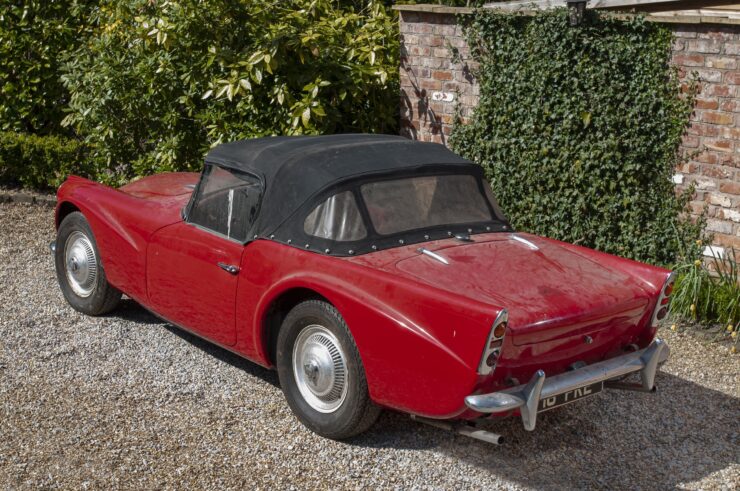