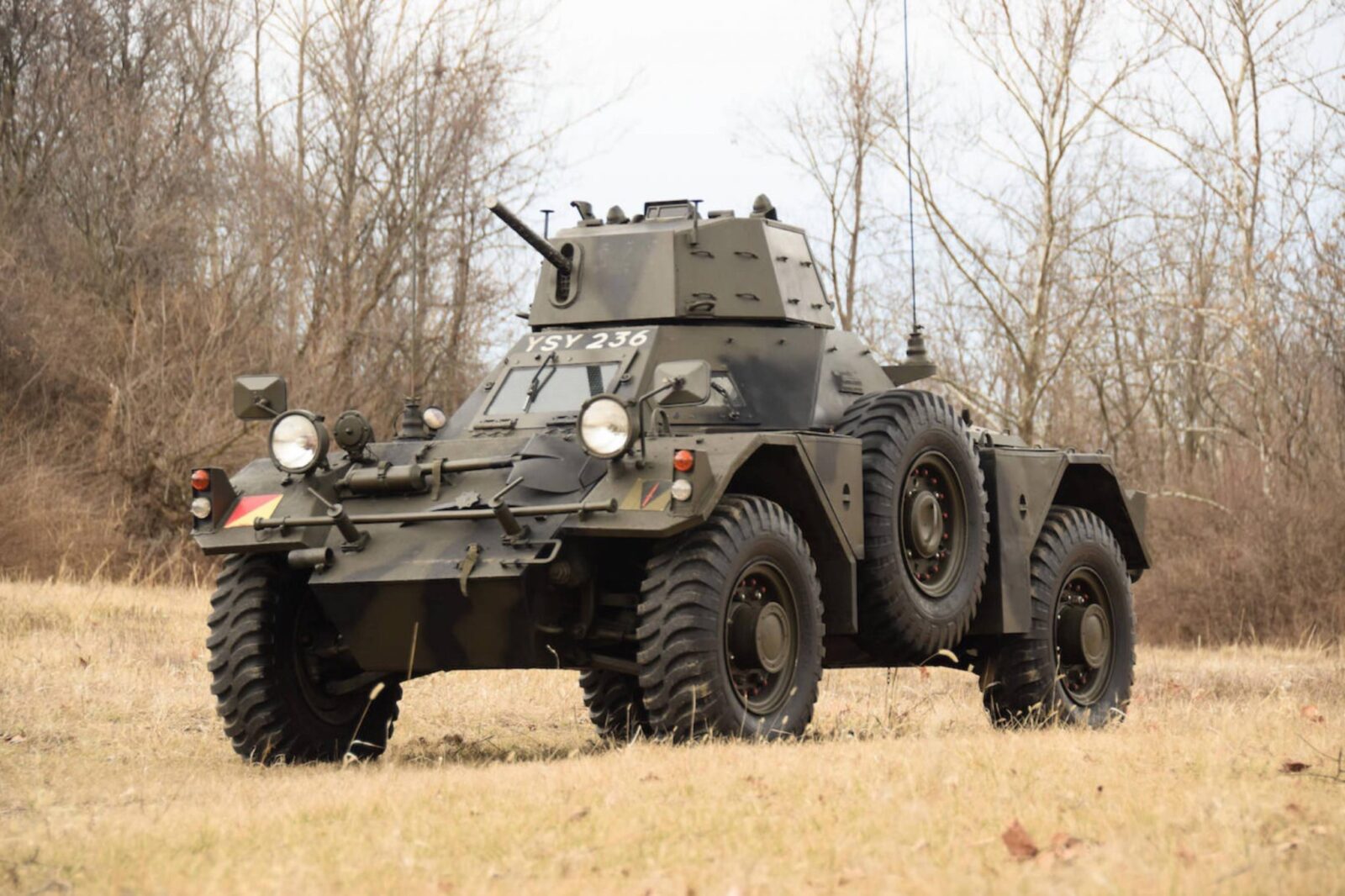 Taking an original 1958 Daimler Ferret Scout Car and fitting it with a paintball gun is the kind of thing many of us like would do, given the appropriate financial resources and free time. Fortunately, an eccentric Brit found the time and money, and this is the result.

The Daimler Ferret Scout Car was developed as a replacement for the outgoing Daimler Dingo, the latter of which was used extensively throughout WWII. Daimler designed the Scout as an upgraded Dingo, and the British Army awarded them the contract in 1951. Amazingly, the Ferret would stay in service with the British Army right through to Operation Desert Storm in 1991, thanks largely to the series of upgrades it received over its service life. 21 other countries are still using the Ferret in active service, and it was previously used in an additional 24 nations until being retired.

Daimler fitted the Ferret with the tough-as-nails 6-cylinder 4.26 litre Rolls-Royce B.60 inlet over exhaust petrol engine, with a fluid coupling to a pre-selector 5-speed epicyclic gearbox – this meant that all gears were available in both forward and reverse, allowing for very quick back-tracking should you come over the brow of a hill and inadvertently discover an enemy division.

The first version of the Rolls-Royce B.60 produced 116 bhp at 3300 rpm, this would increase to 129 bhp at 3750 rpm over the Ferret’s service life. The driver sits front and centre in the cockpit, with a good visibility thanks to windows in front, and to the left and right. The driver can flip shut hinged steel hatches over the windows when taking fire, and continue to drive thanks to a periscope.

The fighting compartment is an 8-sided hexagon which was fitted with a variety of guns depending on final specification, including both the .30 in Browning light machine gun and the M1919 Browning machine gun.

Interestingly, the Ferret has a welded monocoque that made it semi-amphibious, although the inclusion of the engine inside the main body made it relatively noisy for the occupants. The off-road capability was excellent, thanks to the independent front and rear suspension, with coil springs and double A-arms. 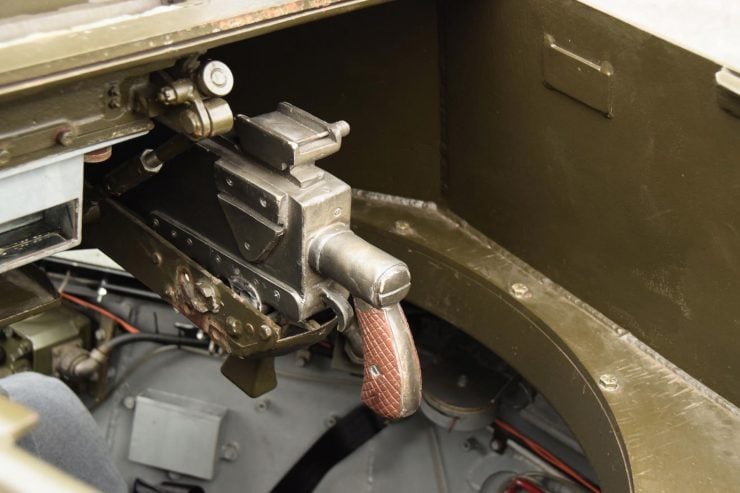 All Ferrets were fitted with large run-flat tires to allow the crew to get back to base even after sustaining heavy gunfire. The turret has a hinged roof to allow the tank commander to get a 360 degree view of the surrounding terrain, and the roof can be quickly folded into place if required.

With a top speed of 60 mph, the Daimler Ferret is quicker than most military vehicles of the era, although perhaps not ideal for highway use. Today, thanks in part to the huge number built, the Ferret is exceedingly popular with collectors and enthusiasts. They can be bought for far less money than most heavy-duty military hardware, and their extraordinary off-road ability makes them ideal as weekend adventure vehicles for those who find Jeeps and Land Rovers too passé.

The Ferret you see here has been retrofitted with paintball guns in the turret, allowing the owner to batten down the hatches and dominate any paintball event in the world. The windows have been fitted with a washer-wiper system to allow the driver to clean the glass when sustaining fire, and it’s spent the past few years as part of a private Daimler collection. 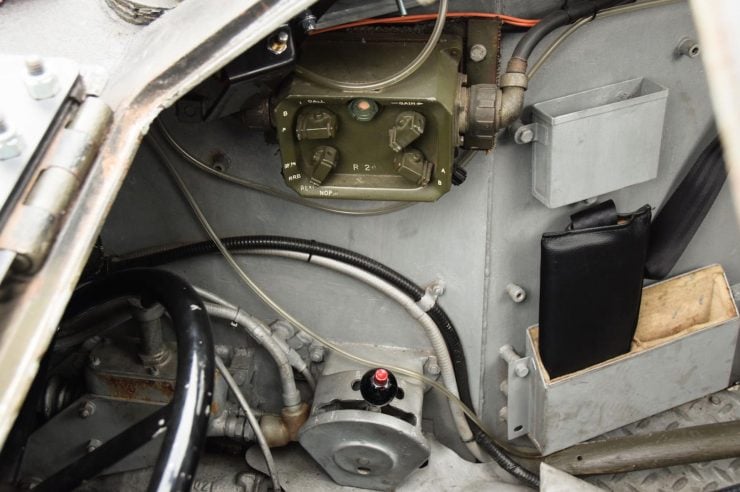 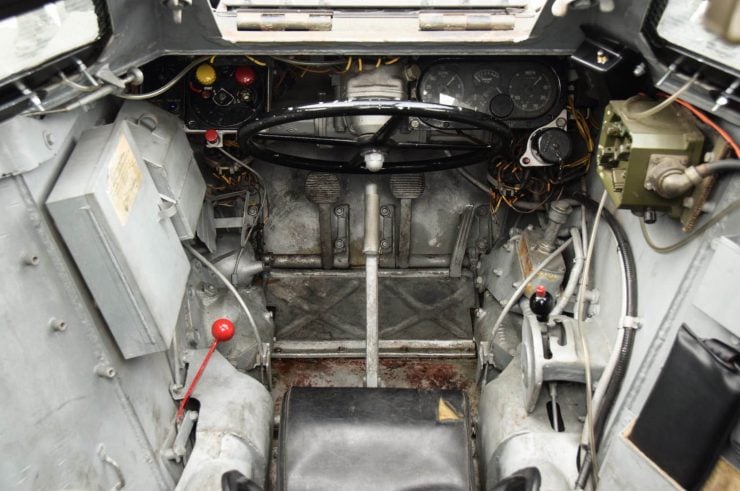 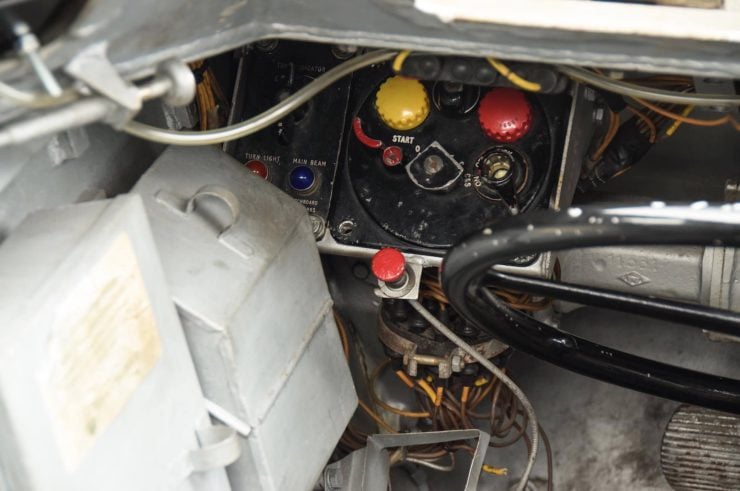 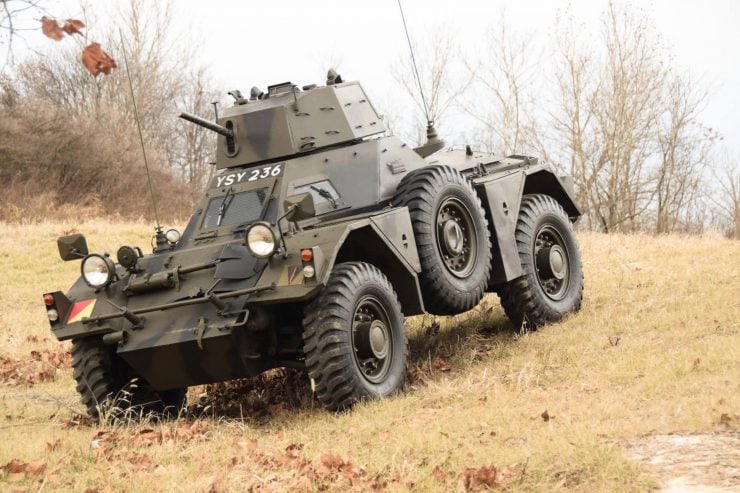 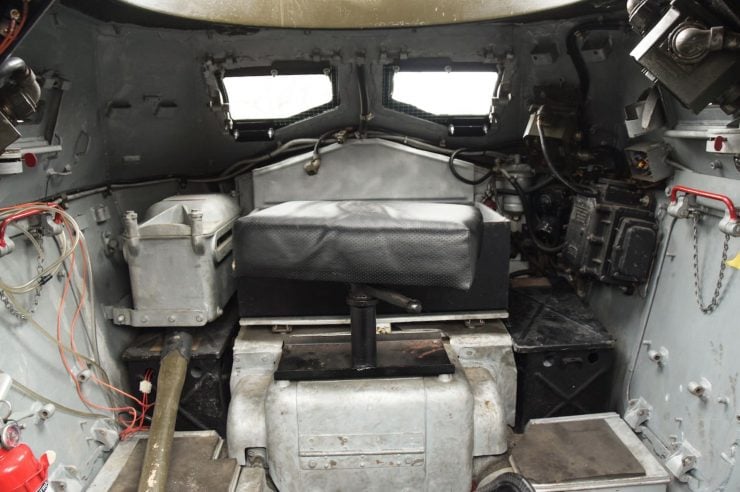 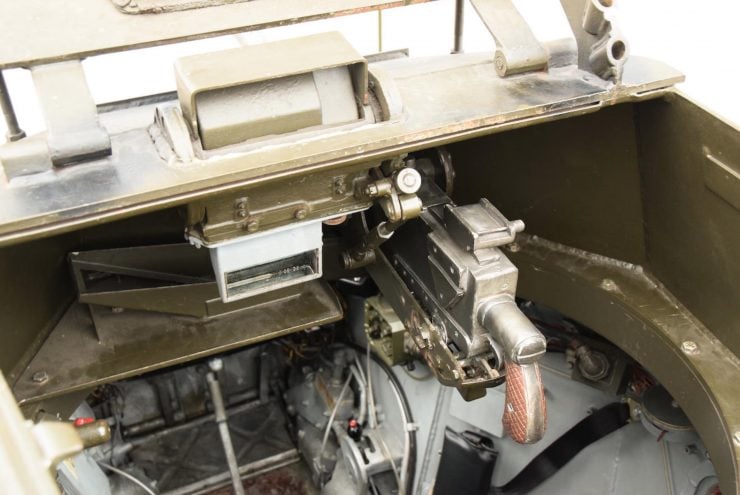 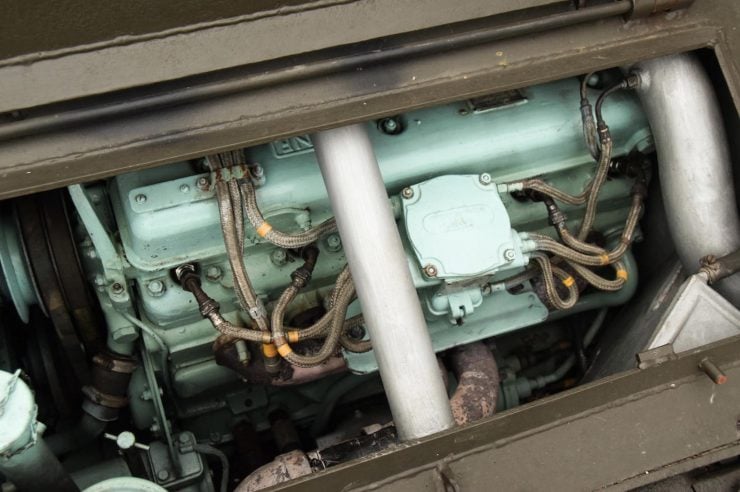 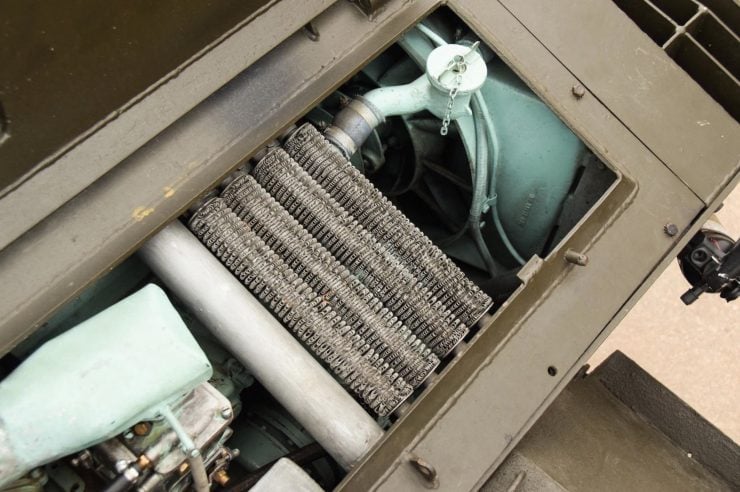 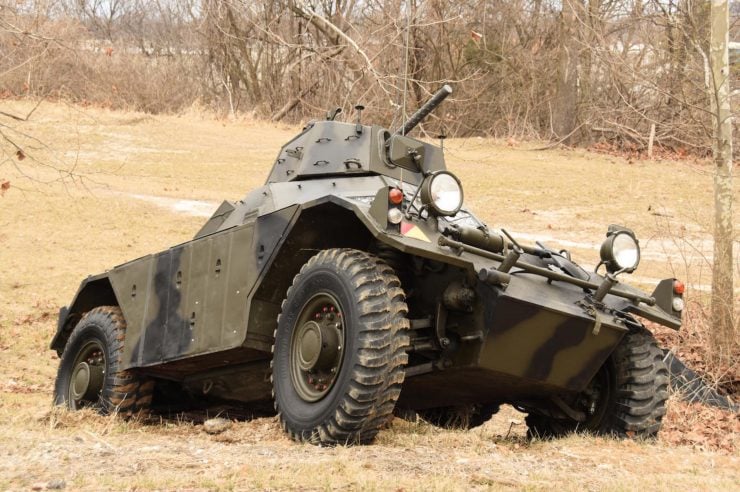 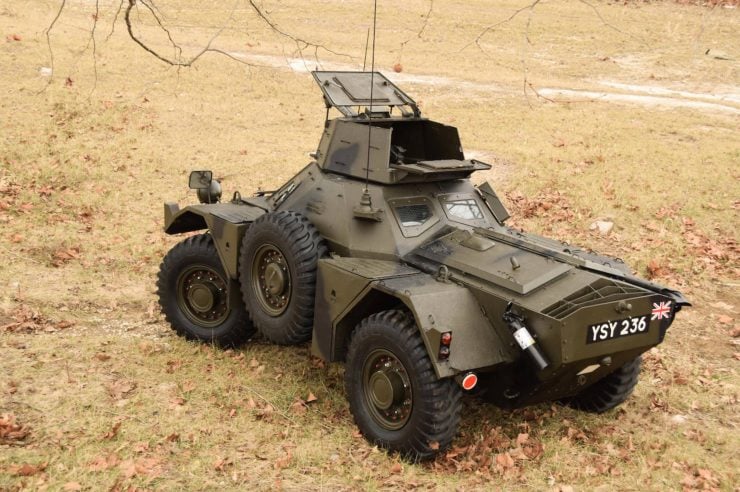 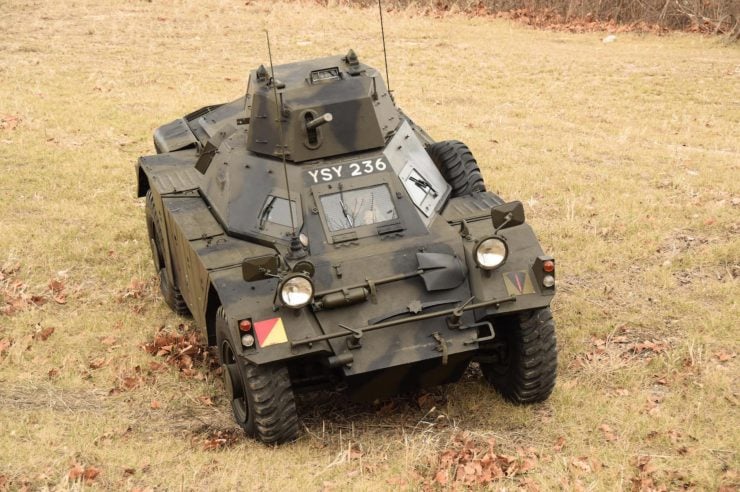 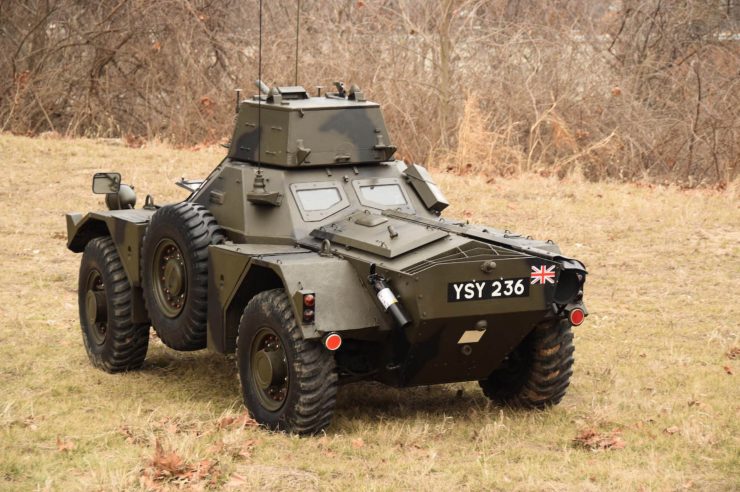 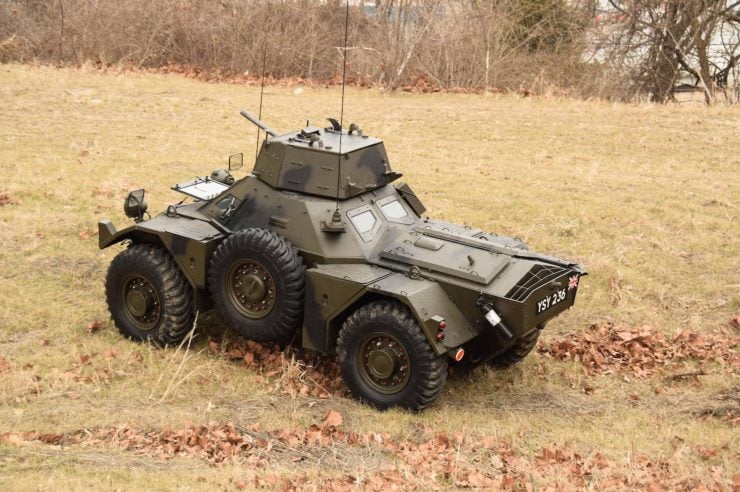 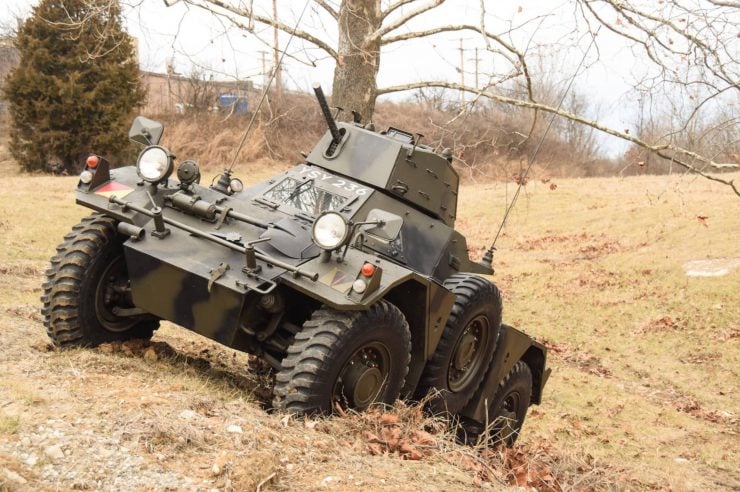 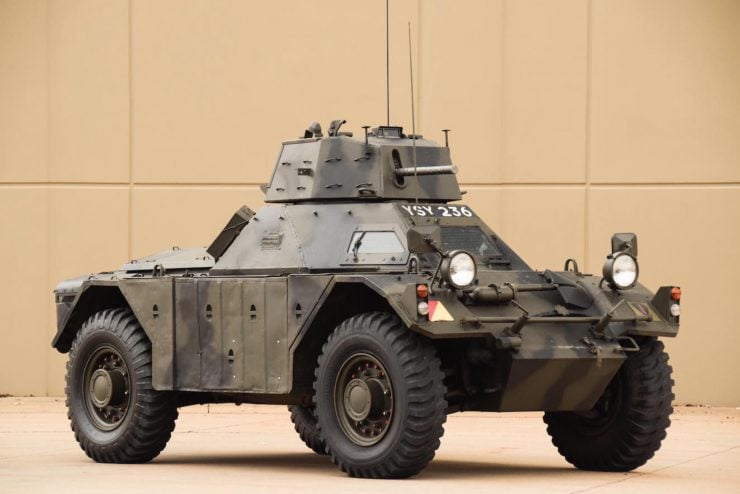 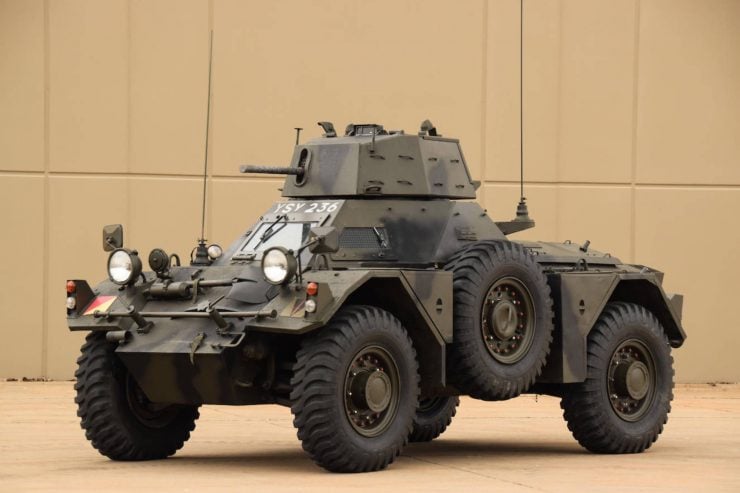 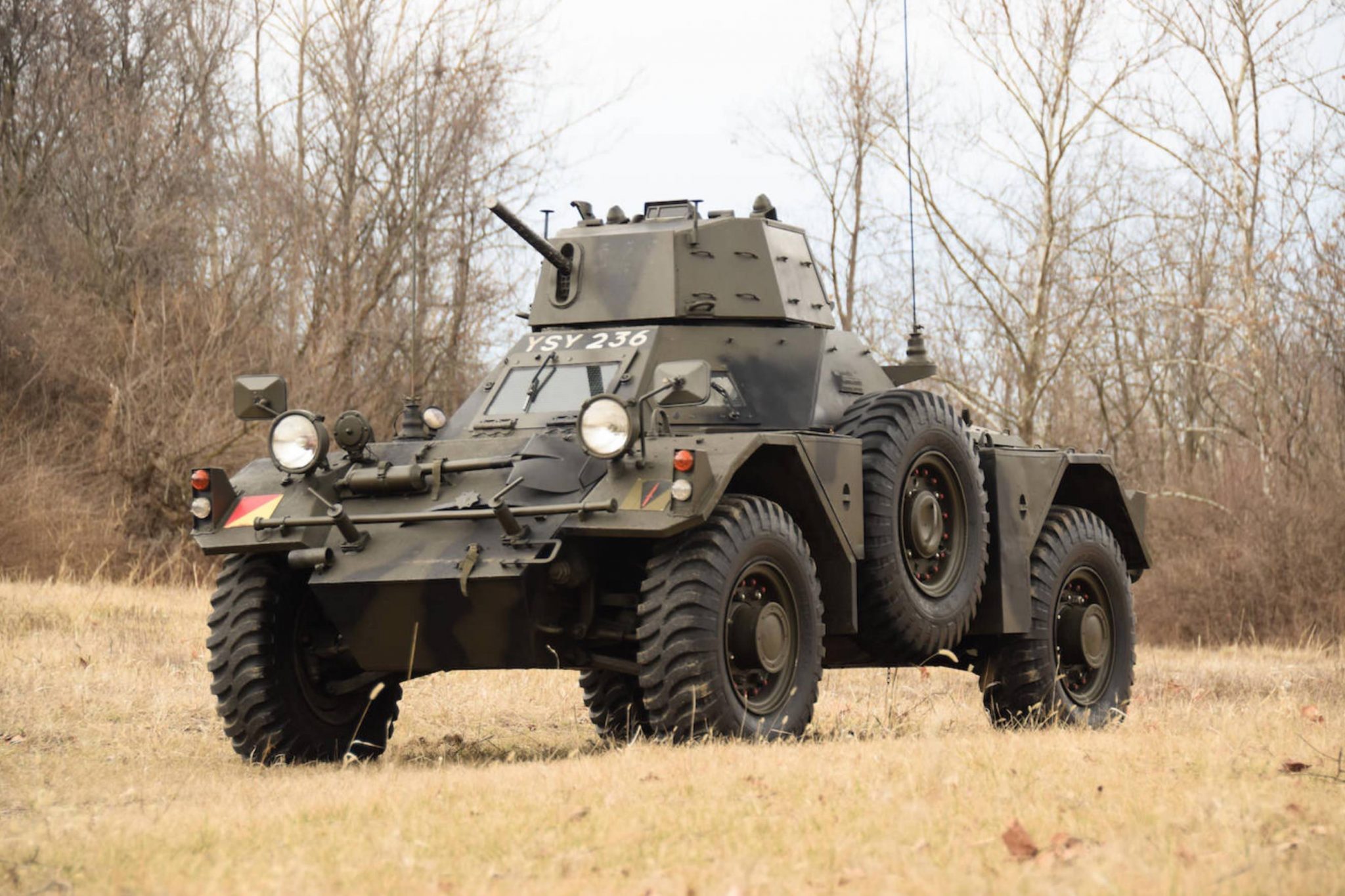