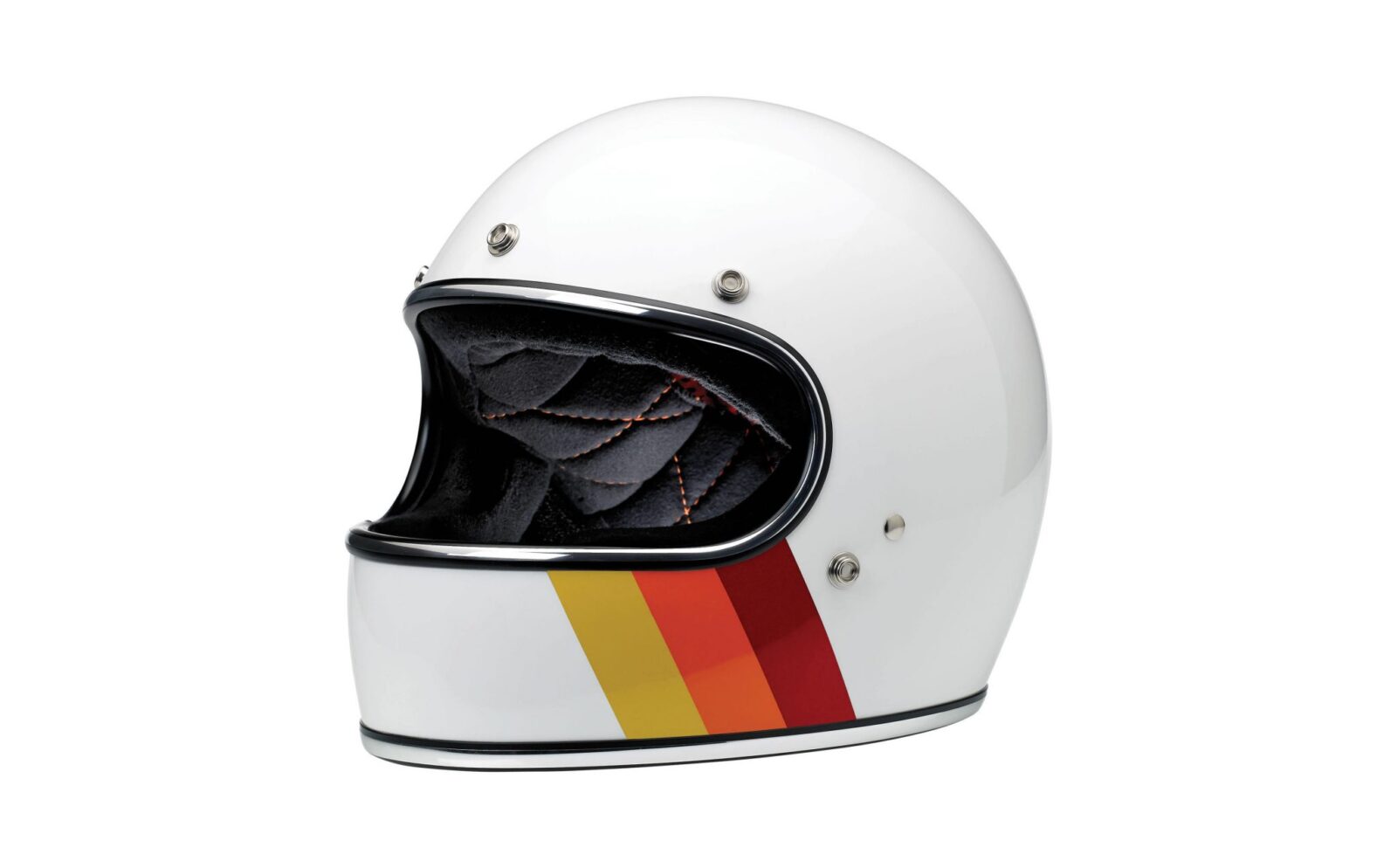 The Biltwell Gringo was one of the first of the retro full-face motorcycle helmets to hit the store shelves, and they’ve proven to be a hugely popular with those who want modern safety standards in a classically-styled package.

Each Gringo is built to match or exceed current DOT standards, with a seamless injection-molded ABS outer shell, a shock-absorbing EPS inner shell, and a removable, hand-stitched removable comfort liner with open-cell foam and brushed Lycra. There are 5 snaps around the face port for visors and shields, and a flat D-ring fastener to keep it securely fastened. 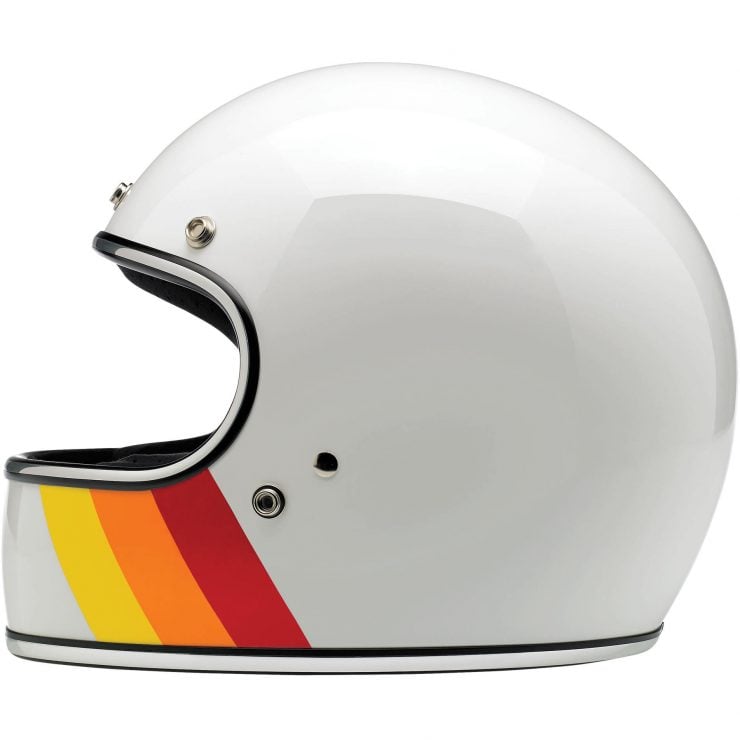 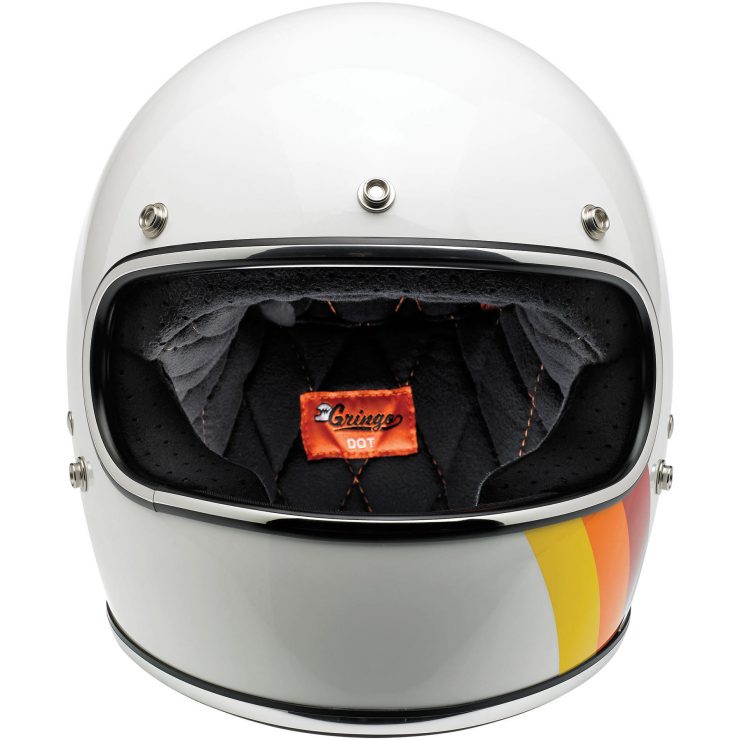 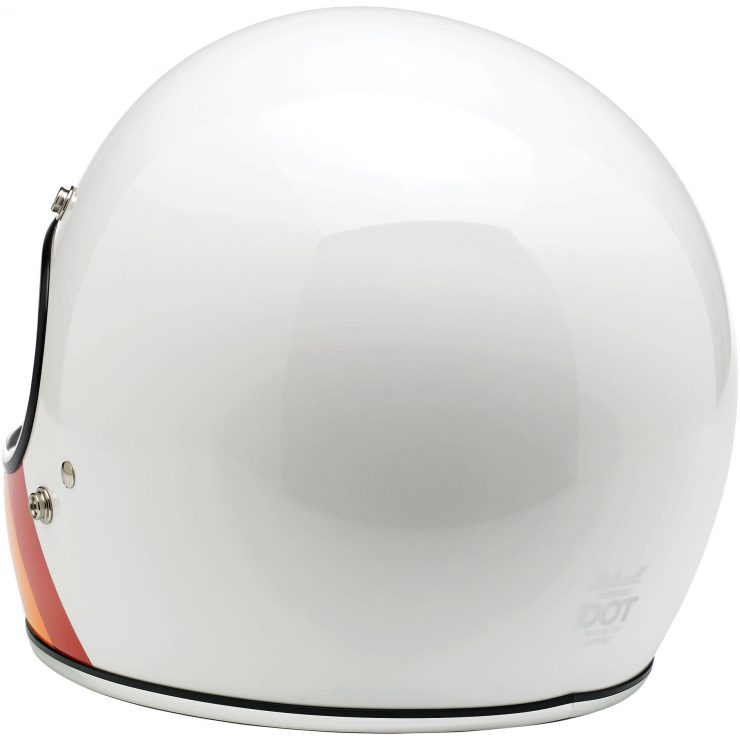