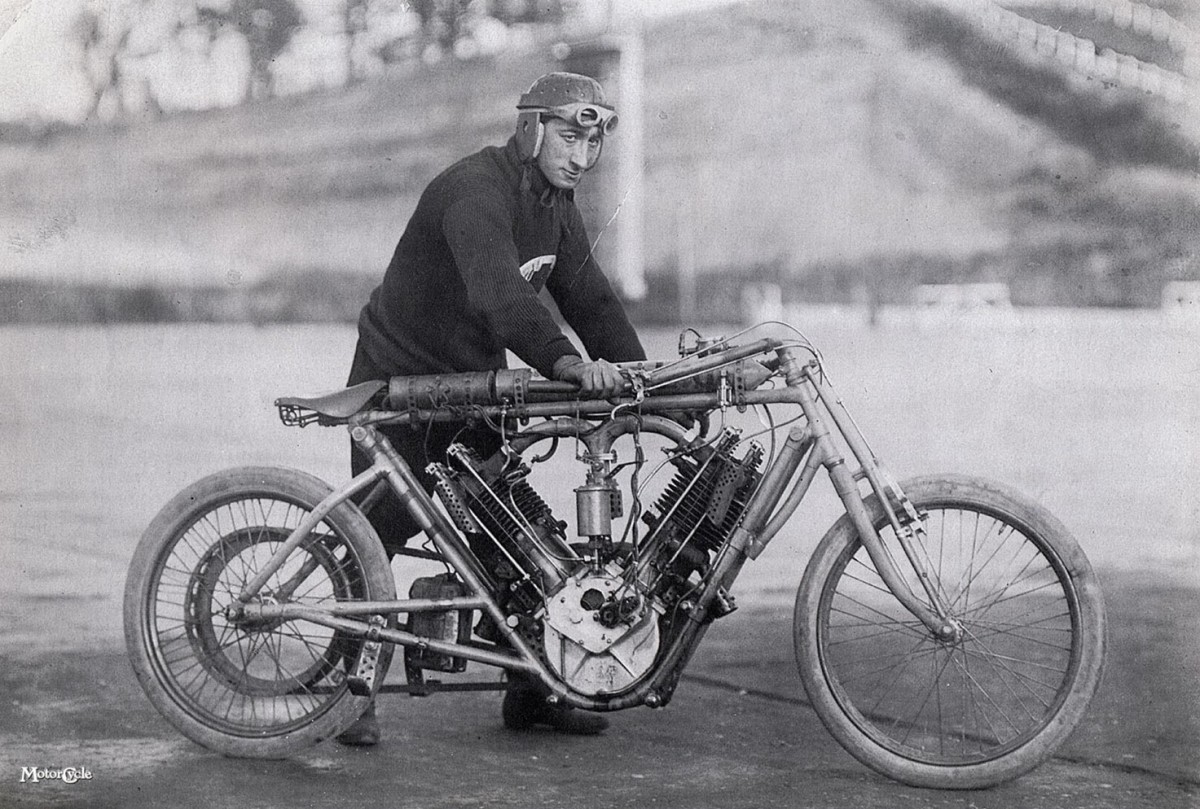 Updated with information from Ralph R:

The image above features a motorcycle I’ve never seen before, I’m tempted to guess that it’s a one-off design due to the less-than-polished look of the engineering. The size of the V-twin is impressive, in fact it’s one of the largest I’ve ever seen installed in a pre-WWII motorcycle, with the possible exception of the pacer motorcycles used on old Velodromes.

If you know what this bike is, who built it or who that chap in the image is, shoot me a message on Twitter here and let me know – this deserves some more research. 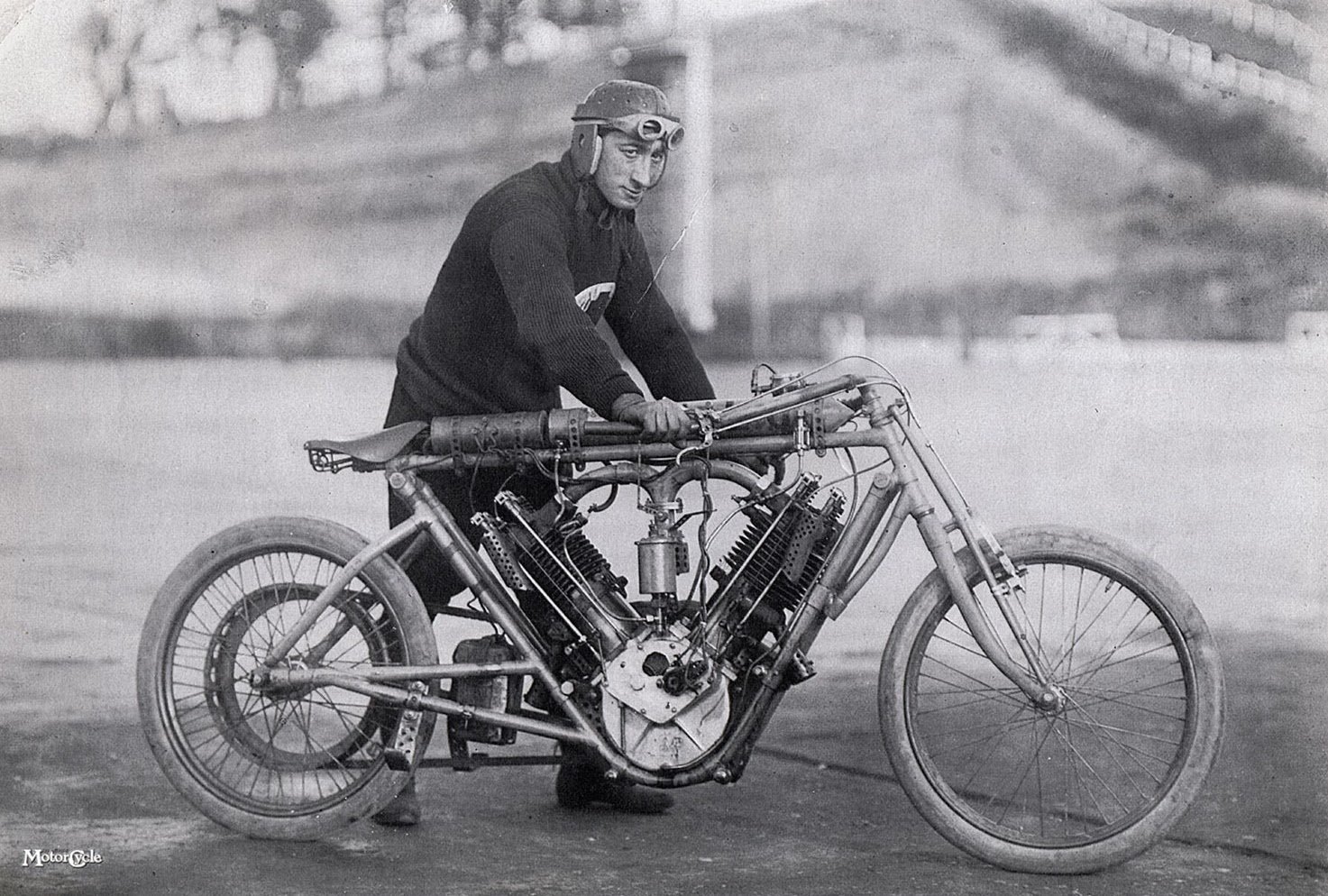