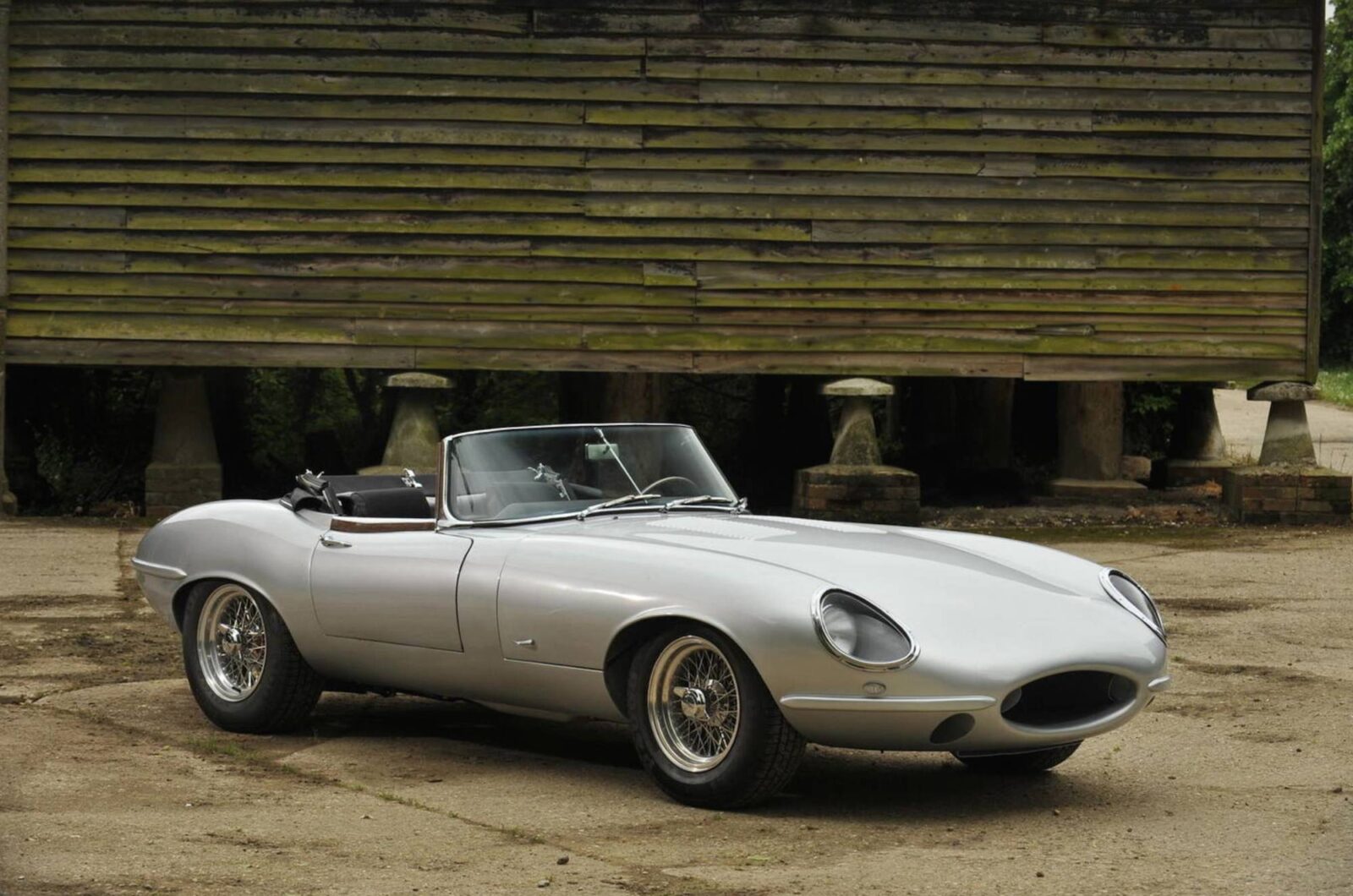 There’s not a lot that can be written about the Jaguar E-Type that hasn’t already been said a thousand times by a thousand different motoring journalists. Originally released in 1961 the E-Type would enjoy a 14 year production run, since it was first shown to the public it’s graced the top spot in innumerable lists of “the world’s most beautiful cars” and in the mid-60s even Enzo Ferrari referred to the E-Type as “The most beautiful car ever made”.

The E-Type you see here is an ‘Evolution’ Roadster built to modern specifications for British motoring legend John Coombs, sadly Coombs passed away in his Monaco home before taking delivery of the car but the fact that it was built to order for him gives it a remarkable pedigree.

John Coombs was a successful British racing driver inn the 1950s and 1960s, among his many achievements was the first ever Formula 1 win for Lotus. Coombs had a deep love for motor racing and he switched from driving to preparing cars on behalf of Jaguar for drivers like Graham Hill, Jackie Stewart and Bruce McLaren – he also prepared E-Types for racing, making many of the same modifications that have been made to the car you see here.

As John was a resident of Monaco he specified that the car should be switched from right hand drive back to its original left, he had the suspension lowered by an inch and the fenders slightly widened. The engine has been rebuilt to “fast road” specification which included 10:1 compression flat-top pistons, high-lift D-Type profile camshafts, a gas-flowed cylinder head with 1⅞” diameter inlet valves, a 6-branch exhaust manifold and a lightened/balanced flywheel. The transmission is a high-performance 5-speed unit with a lightweight alloy casing supplied by Guy Broad.

The brakes have been upgraded at the front with 4-pot calipers and vented discs. Other noteworthy features include 7″ wide Turrino wire wheels with alloy rims, a stainless steel exhaust system, modern electric power assisted steering and a a full leather interior by Moto Trim.

If you’re in the market for a well-sorted E-Type and you have somewhere in the £70,000 range to spend on a car, you might want to click here to register for The Goodwood Festival of Speed Sale. It’s due to take place on the 27th of June 2014 and will be held by Bonhams. 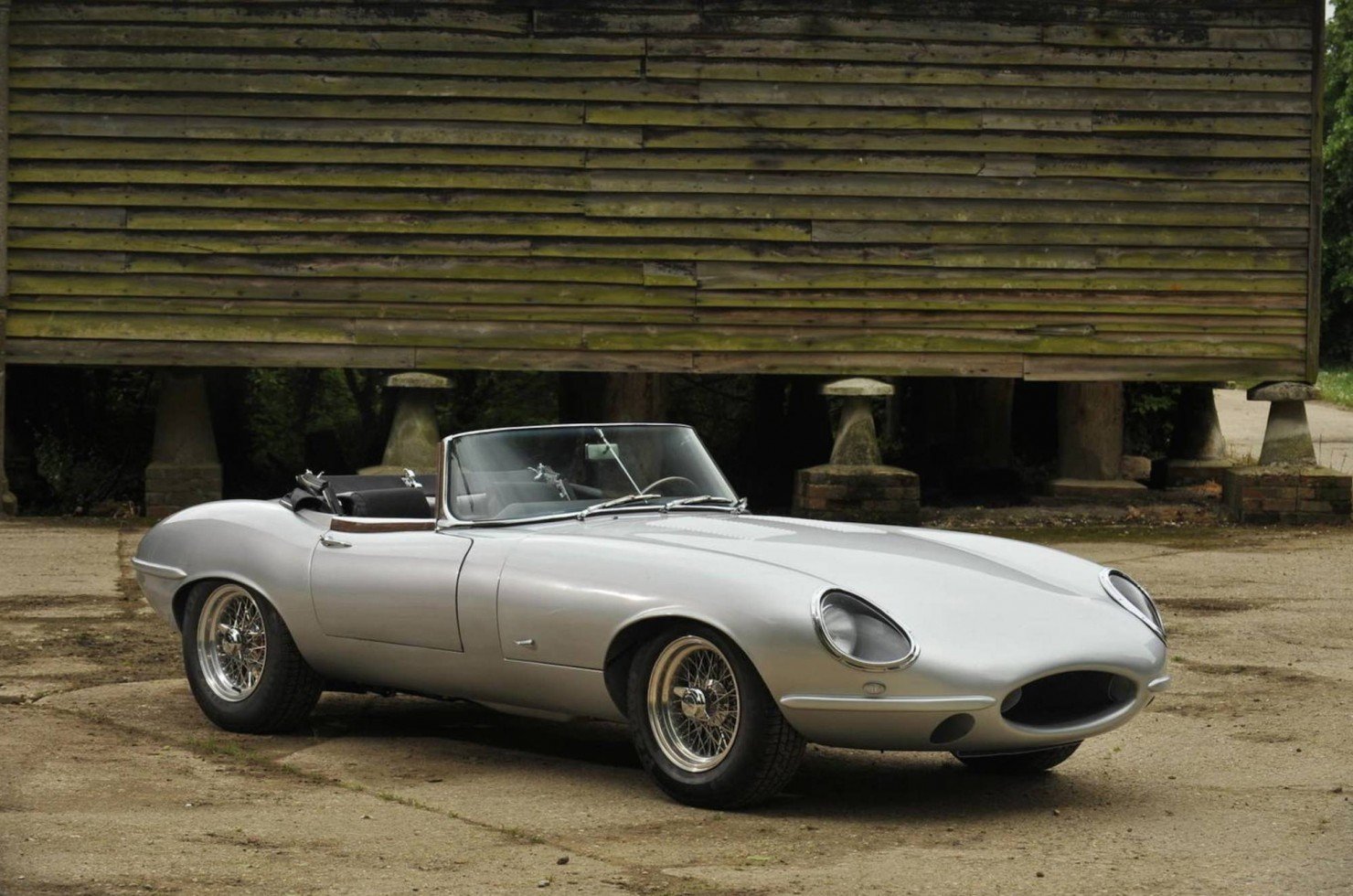 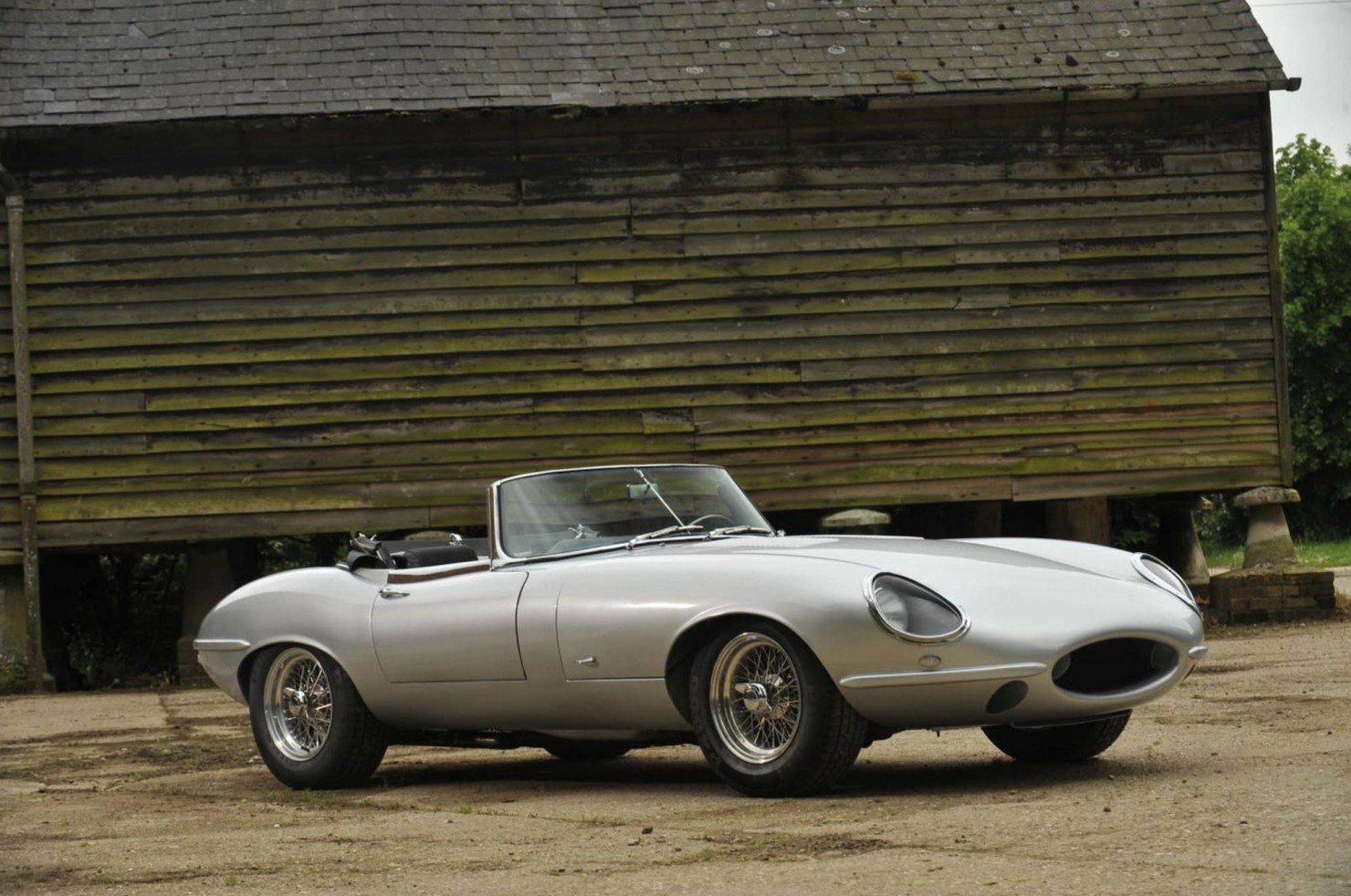 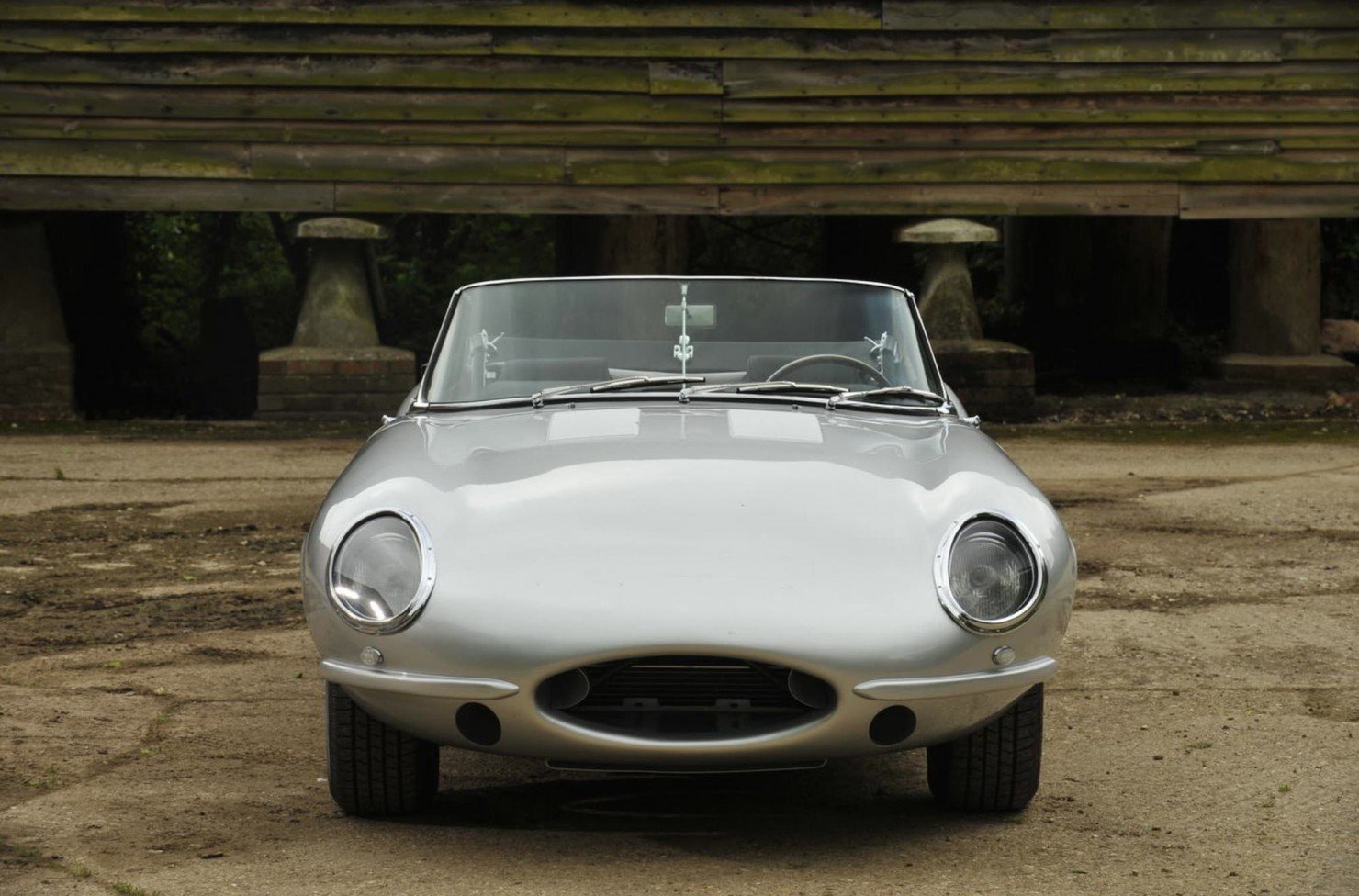 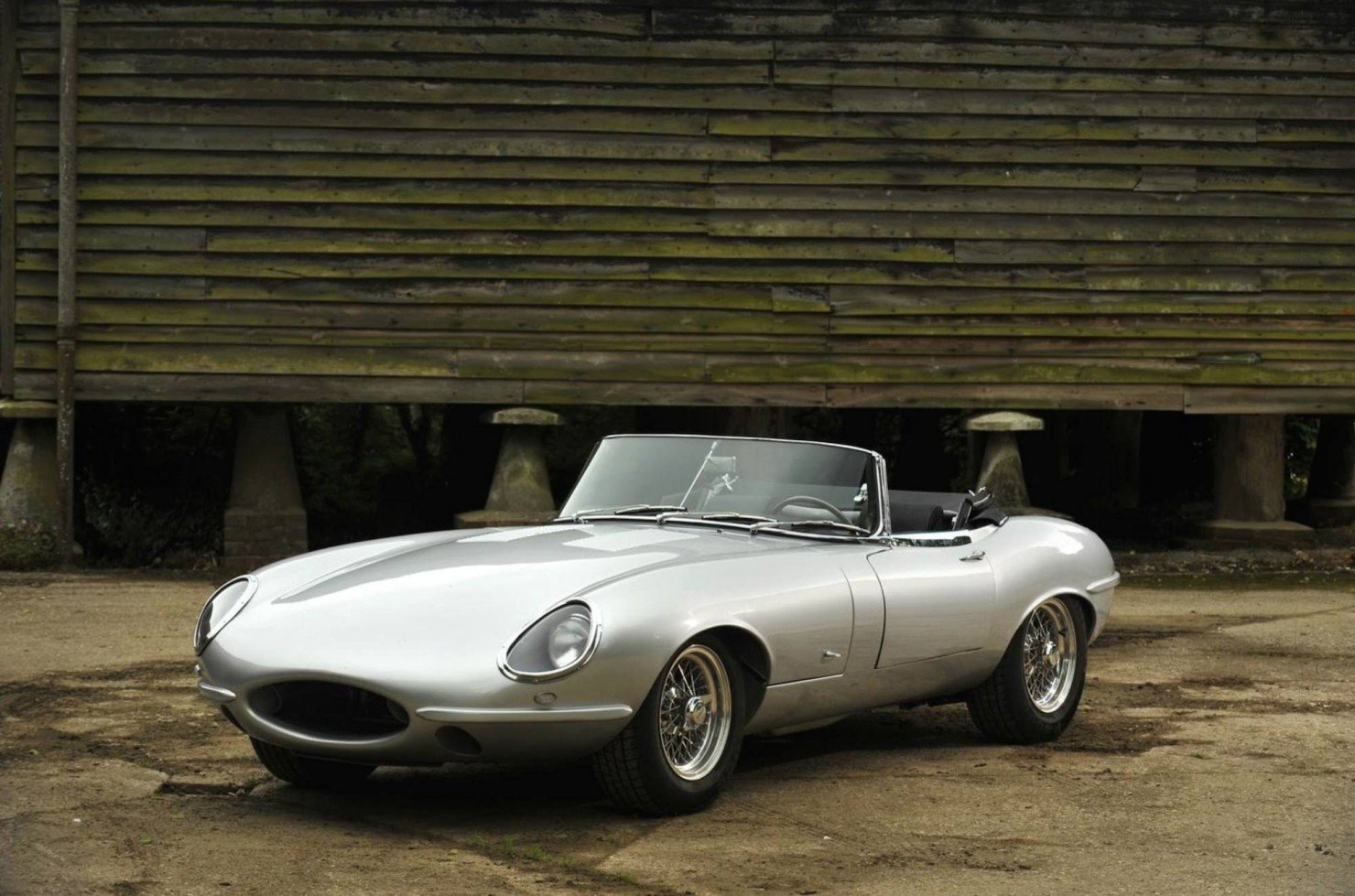 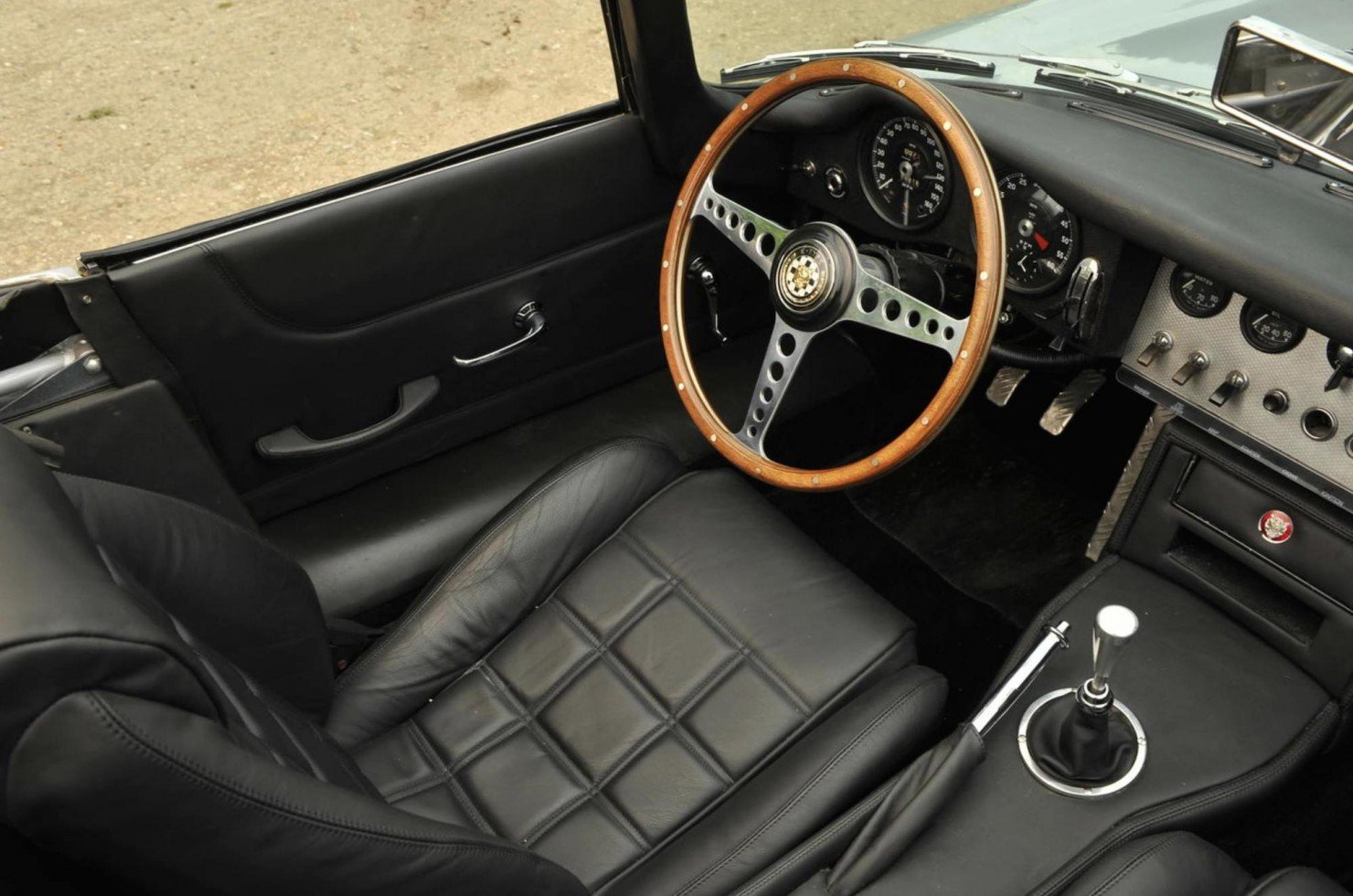 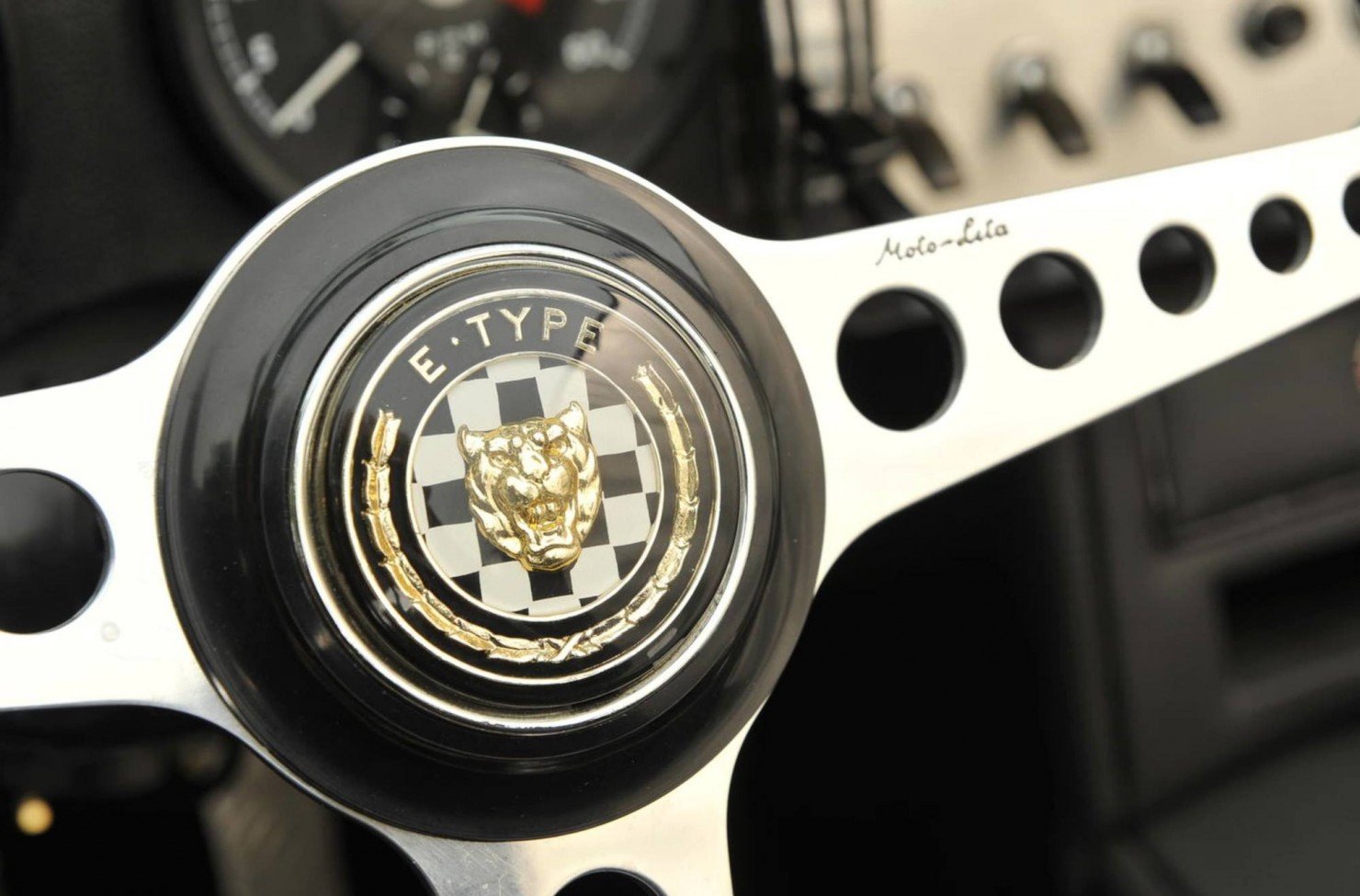 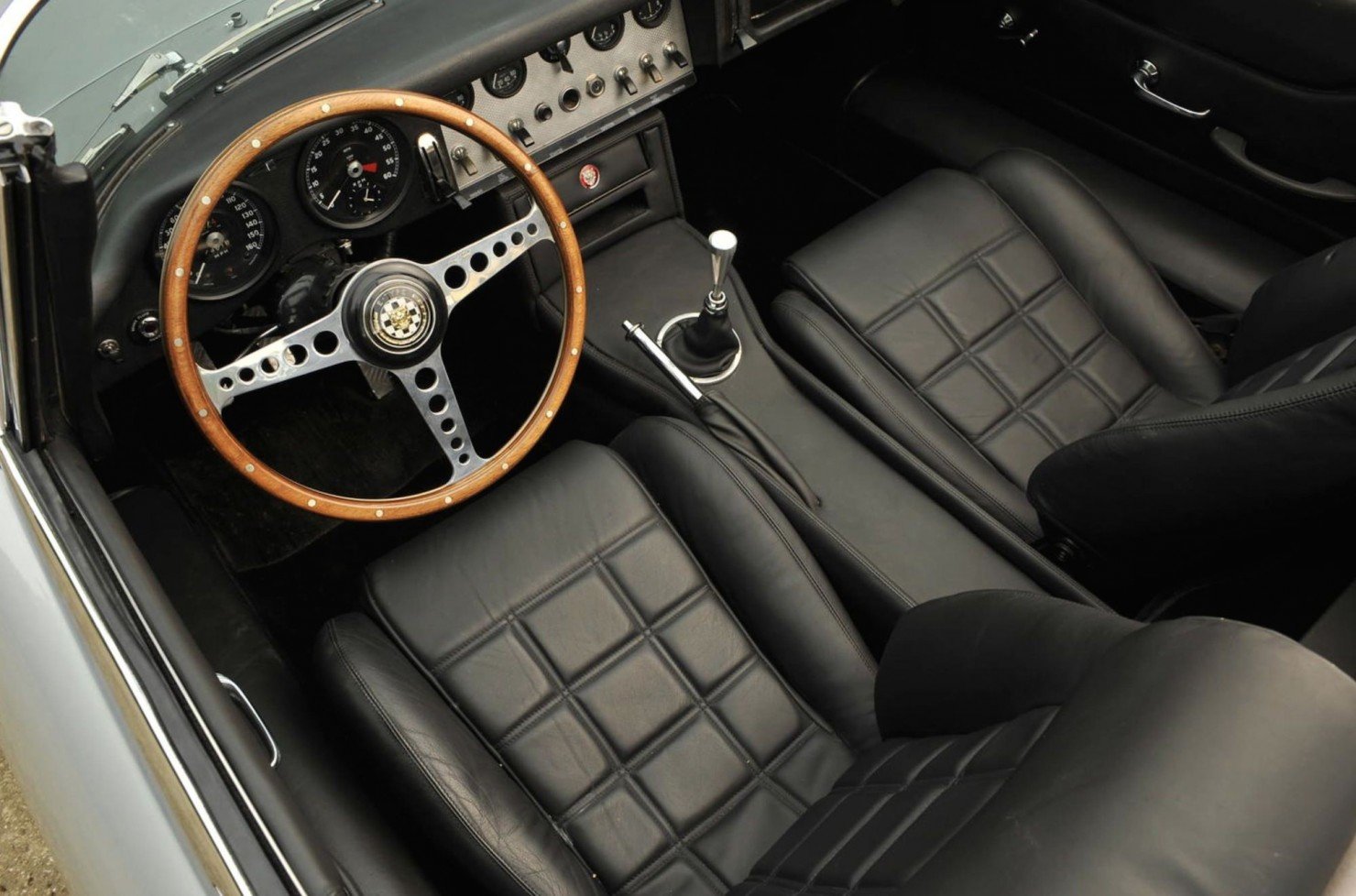 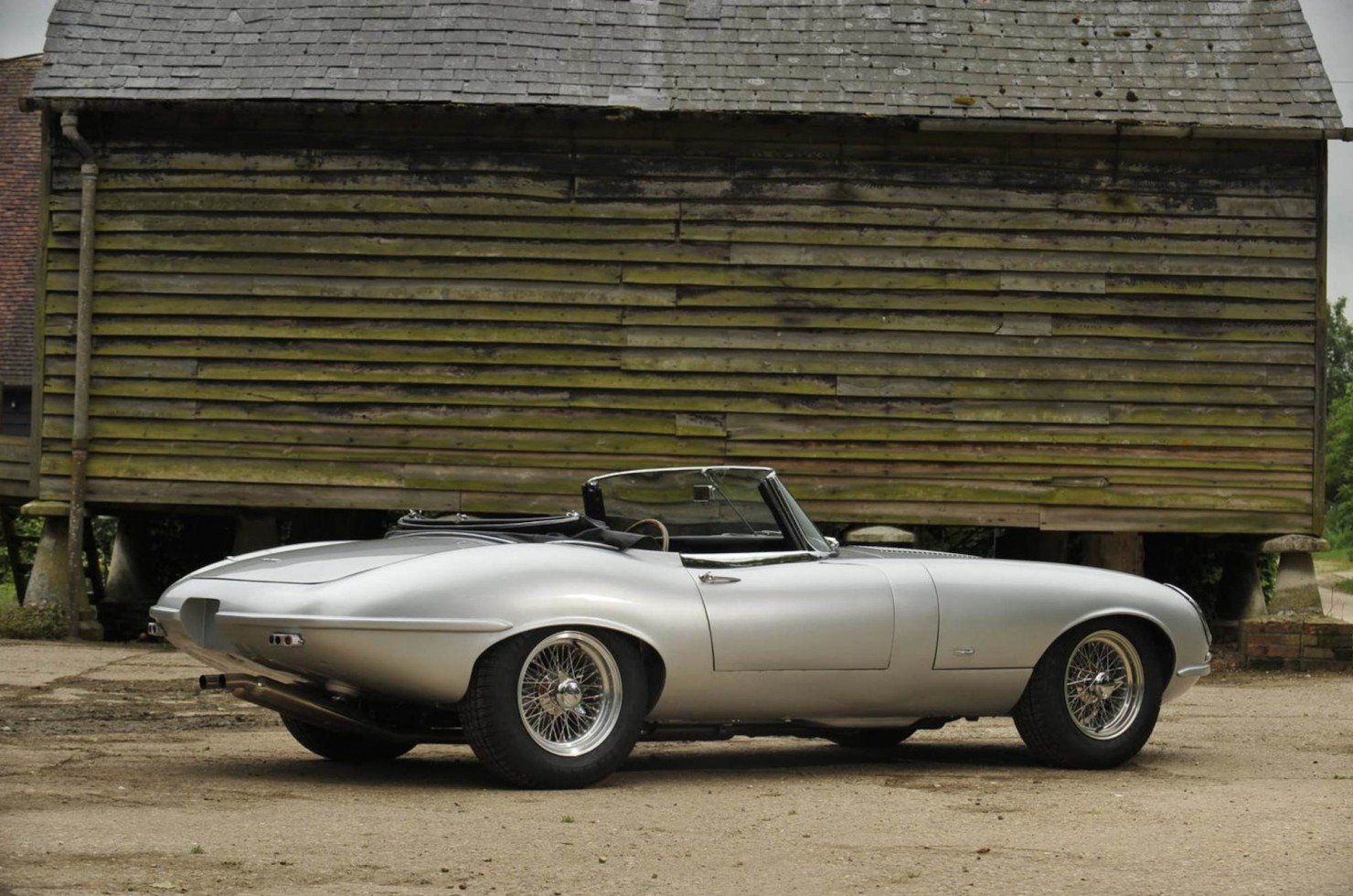 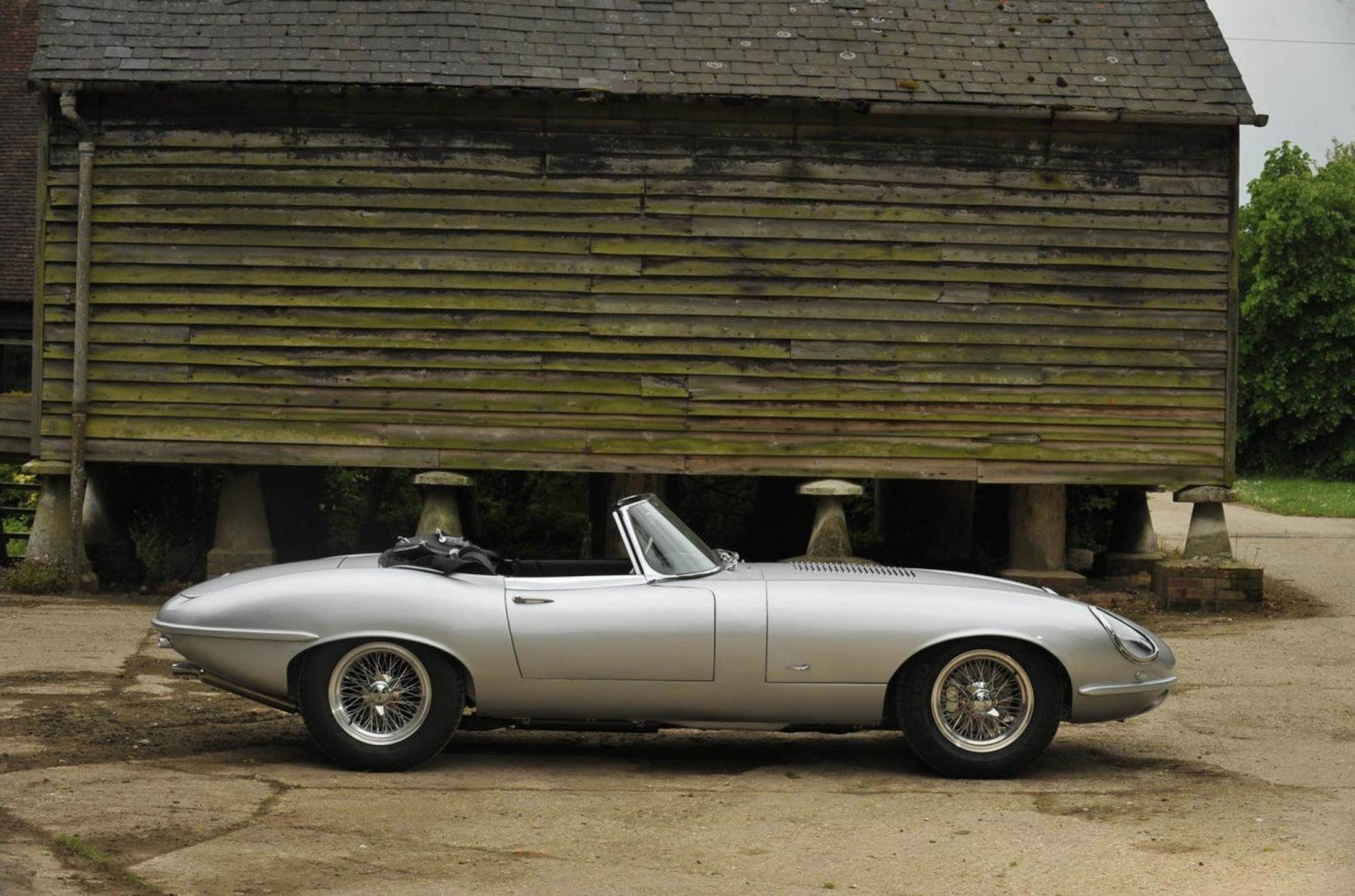 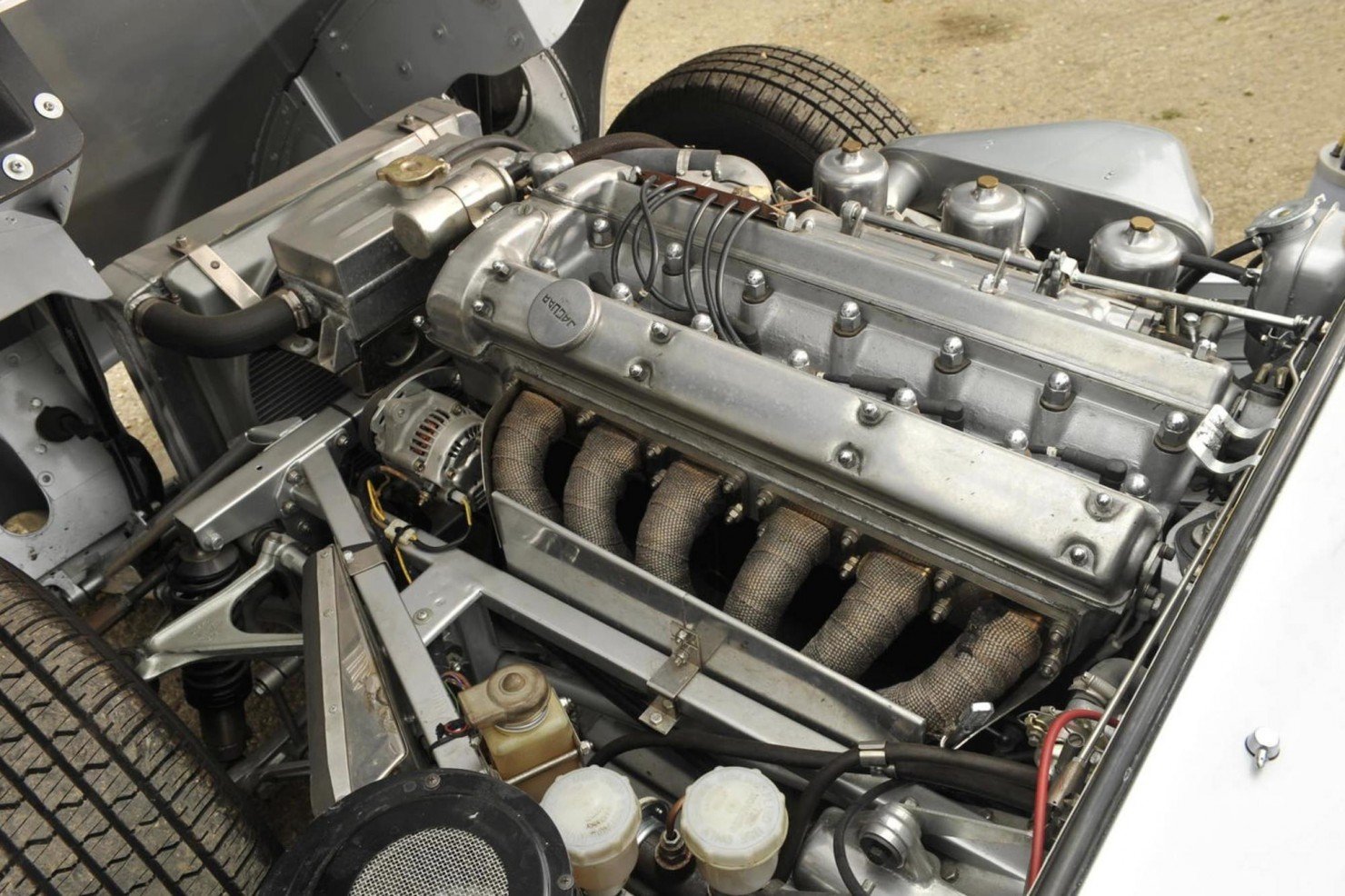 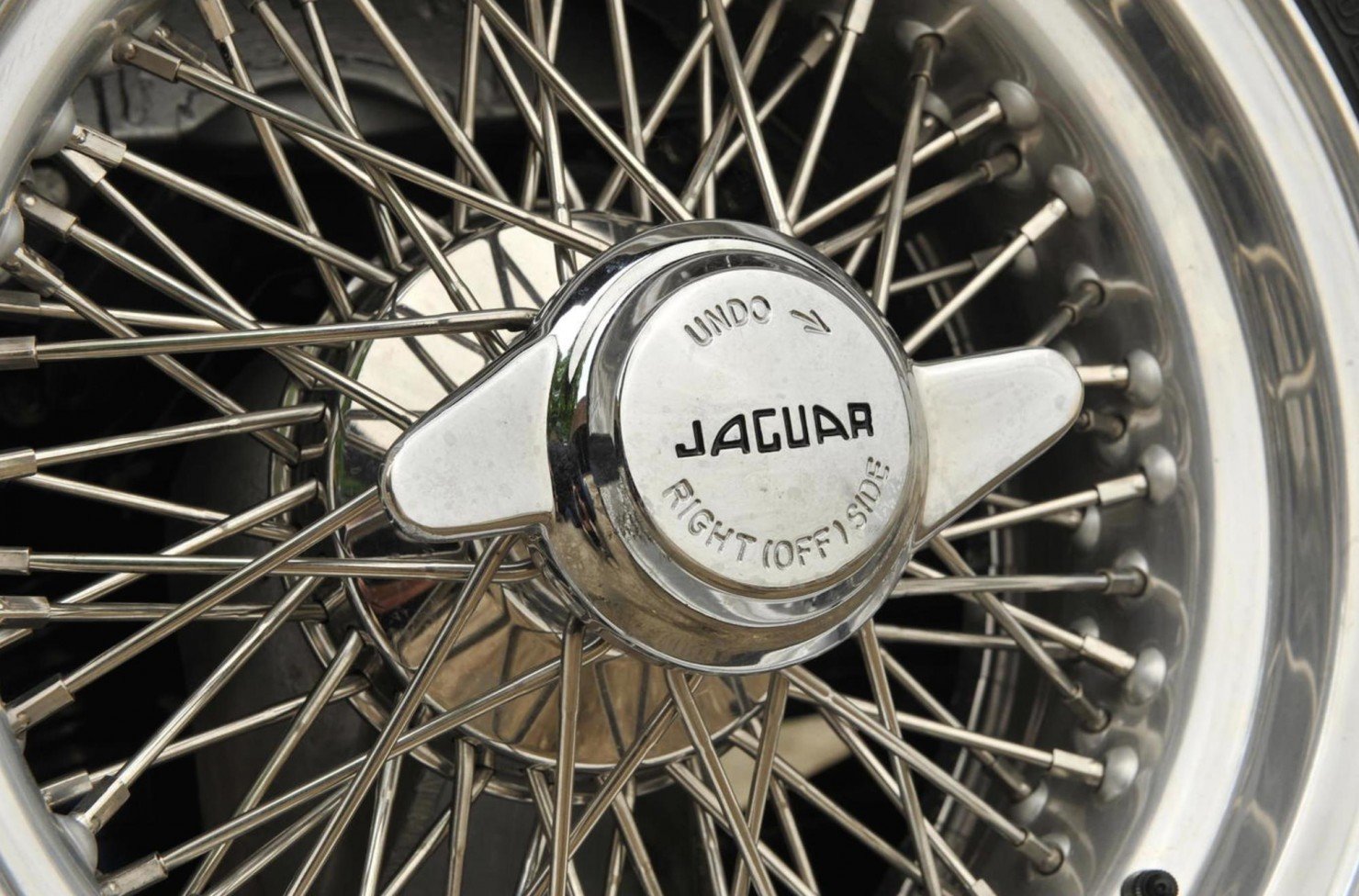 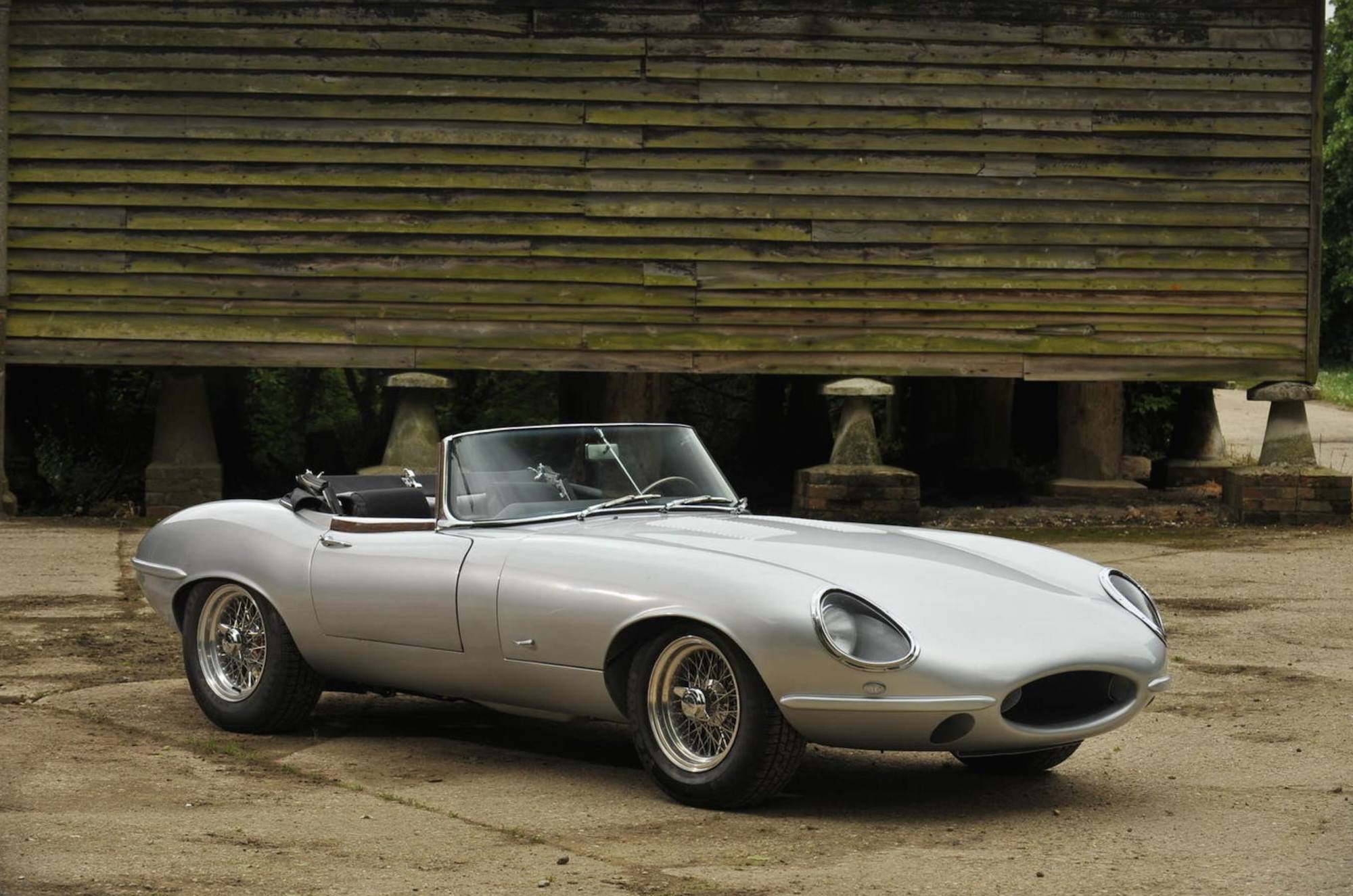