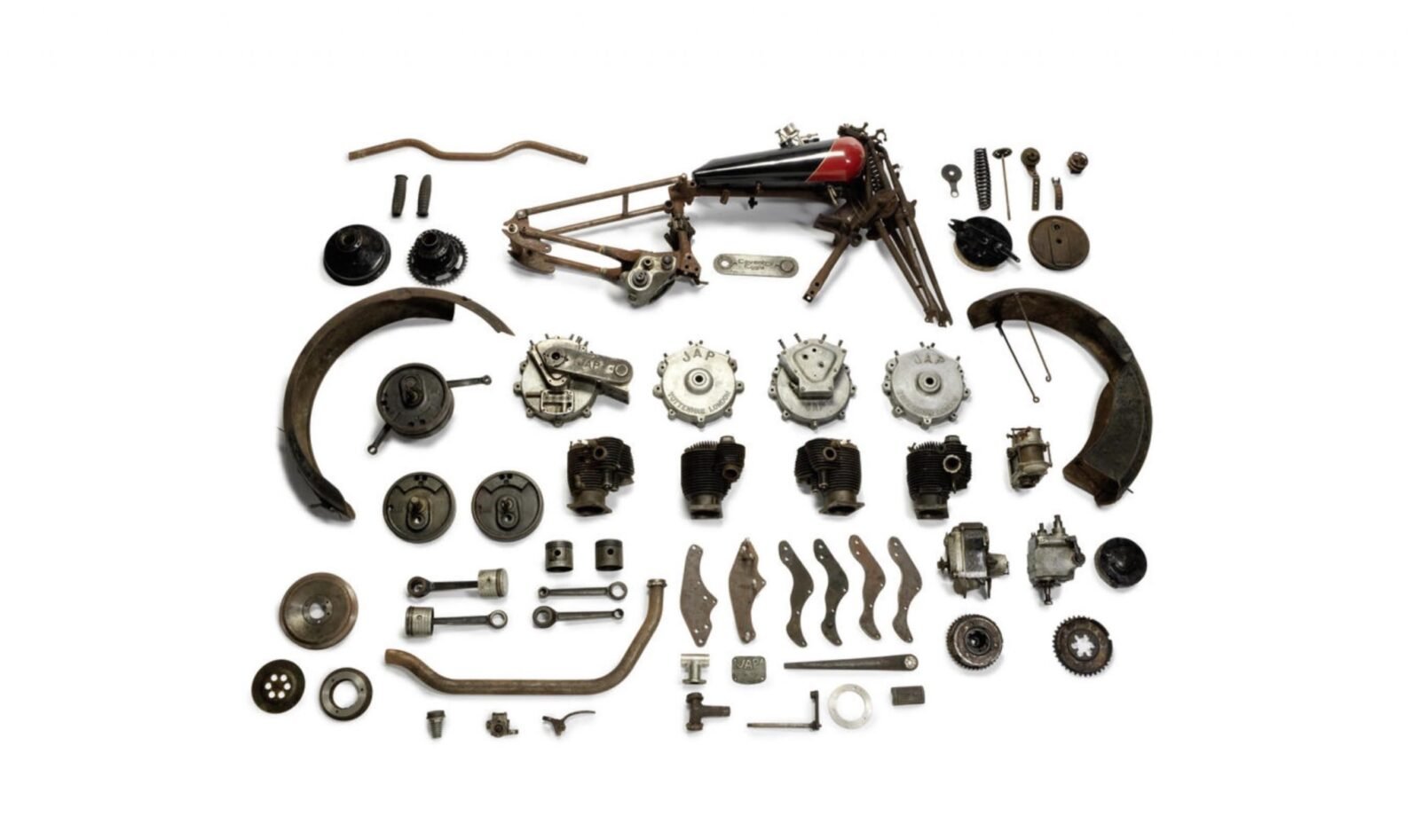 Taking on a restoration project like this Coventry-Eagle Flying Eight is a dream held by many – myself included. It would likely take years to get right, and there’d be a lot of emailing, phone calls and trawling web forums to locate the correct parts, or to have the correct parts machined by someone with the appropriate skill set.

For the uninitiated, Coventry-Eagle was a British bicycle manufacturer founded in Victorian times, by 1898 they had begun to experiment with motorised bicycles and just a year later they were producing their first customer motorcycle – making them one of the first motorcycle manufacturers in the world.

At the top of the company’s model hierarchy was the bike you see here in parts – the Flying Eight. It was powered by a JAP (JA Prestwich Industries) V-twin with a 976cc capacity – often referred to as a 1 litre engine for the sake of simplicity. The lightning fast Coventry-Eagle Flying Eight was a worthy competitor for the more famous Brough Superior SS100, and both models were deeply feared on the race tracks of Britain.

With an estimated value of between $18,000 and $24,000, this Flying Eight represents good value for the person with the skills and tenacity to piece it back together – it’ll be worth well over $100,000 when it’s running and ready. If you’d like to read more about this bike or register to bid on it, you can click here to visit Bonhams. 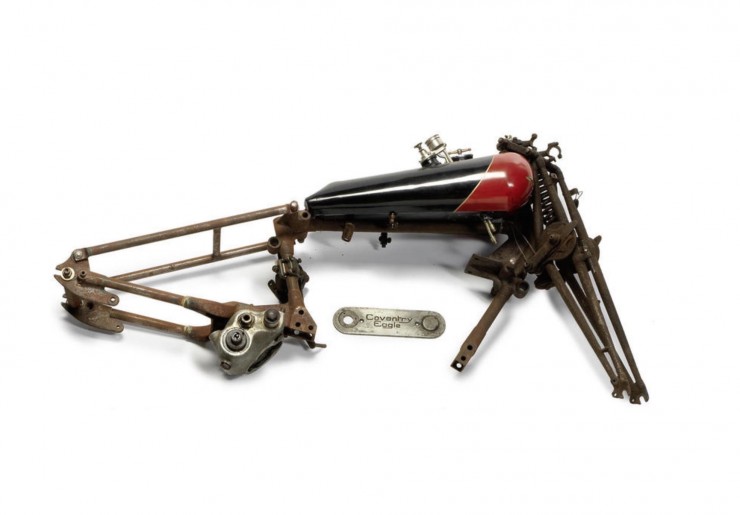 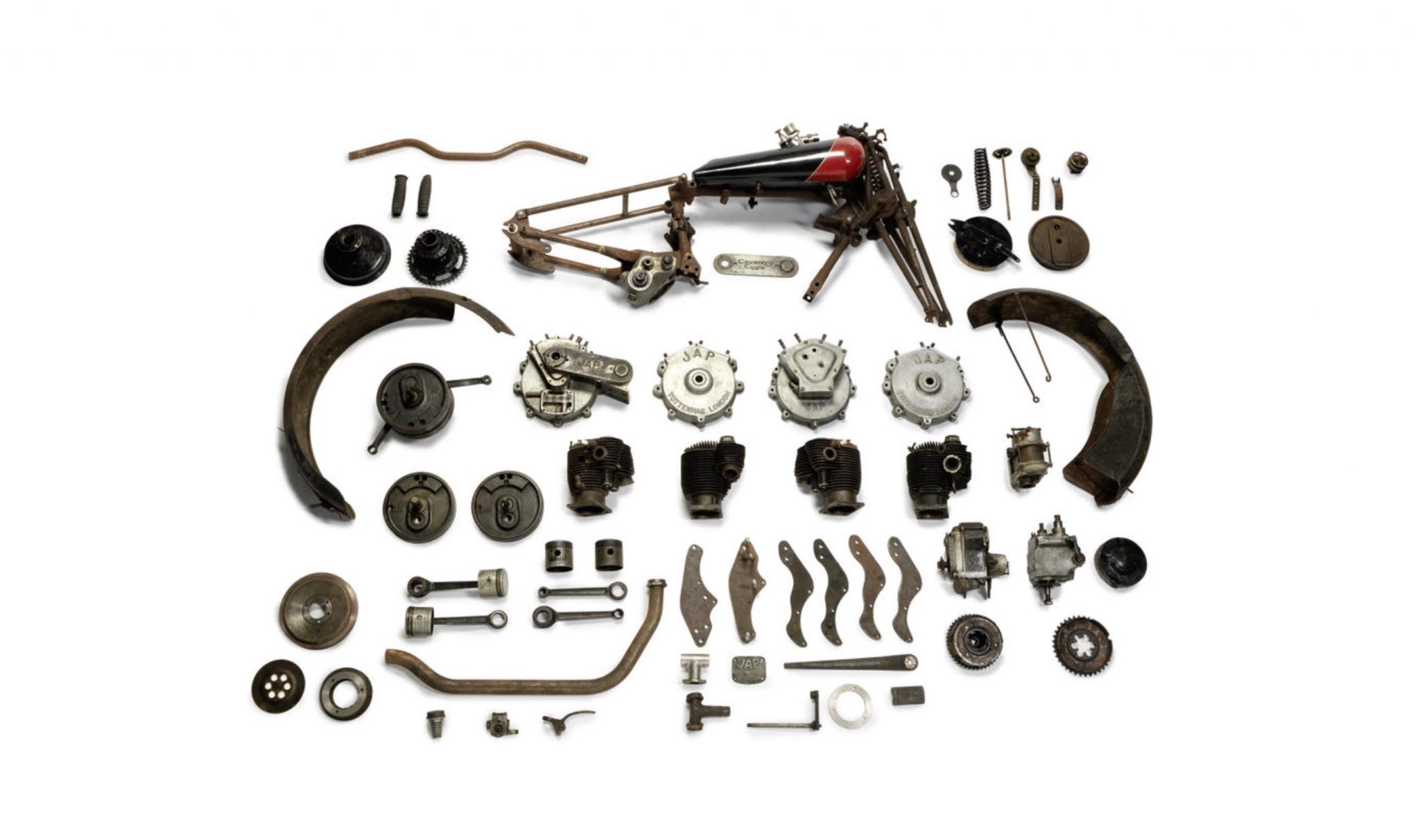