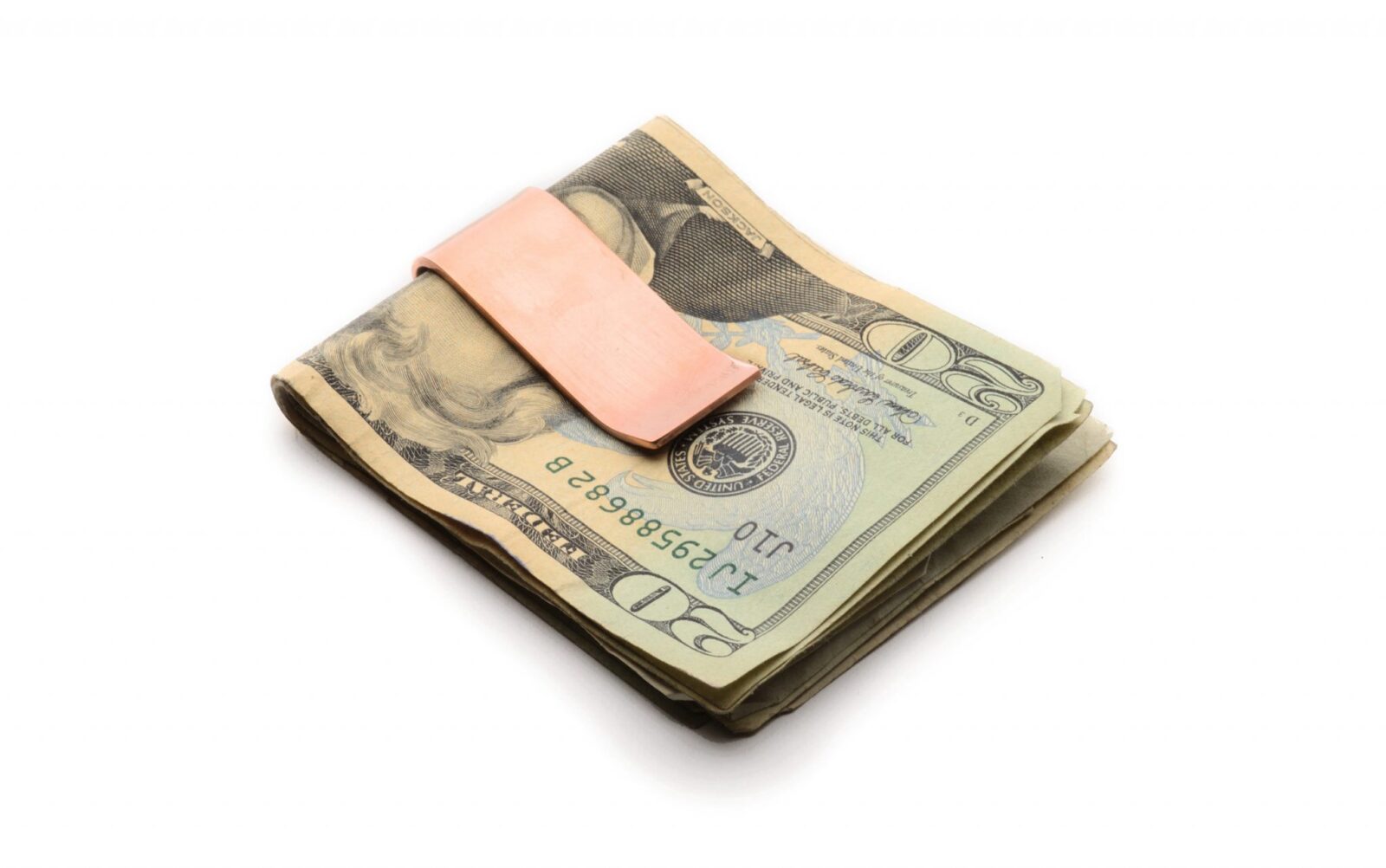 These handmade copper money clips are produced one at a time in the upstate New York workshop of Tommy Wolfe. Each clip is cut, filed, sanded, bent and polished by hand, and each is made from 100% pure copper.

Money clips are an excellent way of reducing wallet-bulge, and they can hold all the cash and cards you’re likely to need – unless you’re Hugh Hefner or Jay-Z. 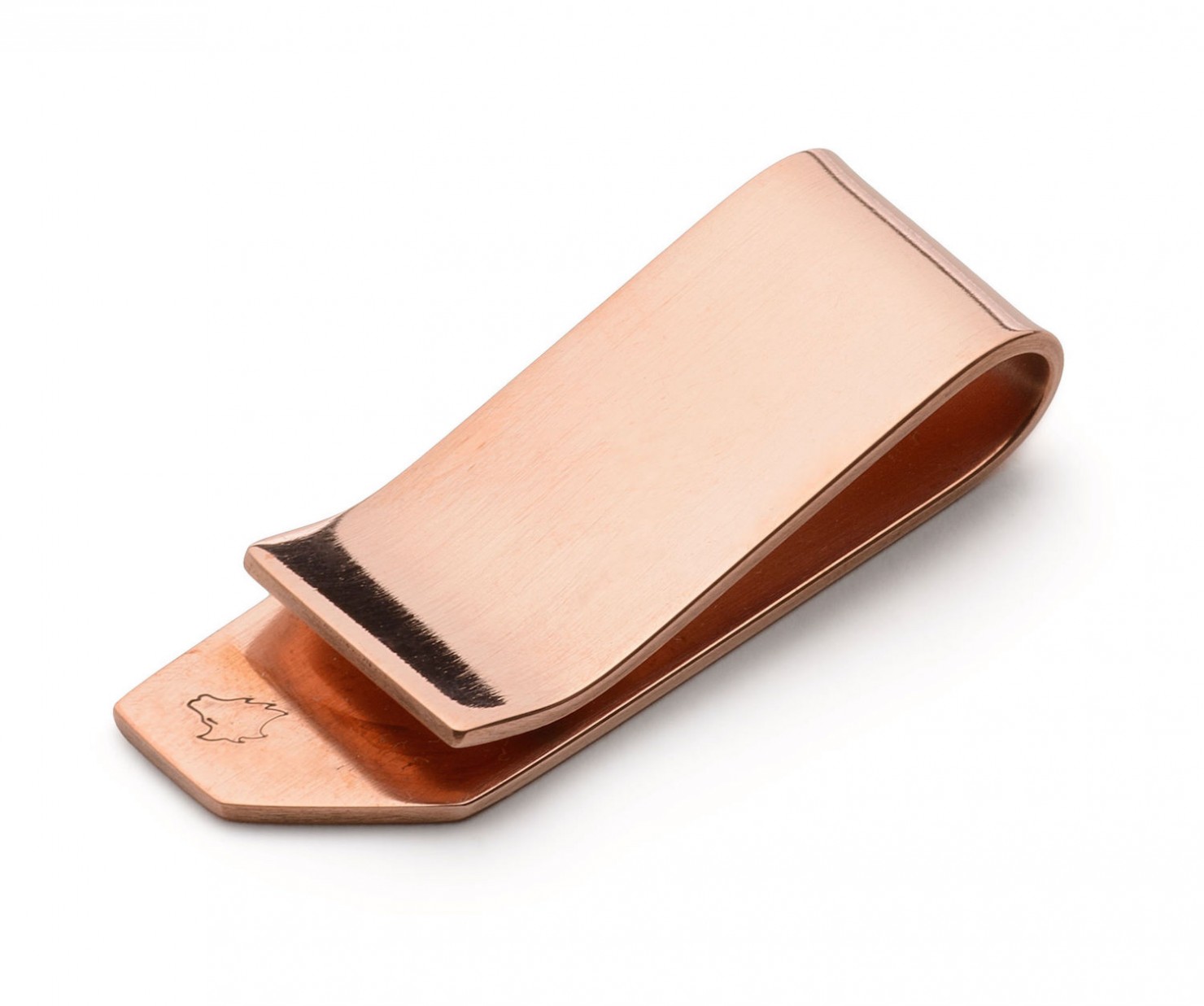