This is the Case® Astronaut Knife M-1 it’s a modern reissue of one of the most famous machetes in world history – the machetes equipped to the Gemini and Apollo NASA missions for their adventures into space and to the Moon.

When you first hear about the M-1 it isn’t exactly clear why astronauts would need a machete in space, unless they expected to meet some quarrelsome extra-terrestrials on their sojourns across the Moon.

It turns out that the M-1 Machete was developed by NASA and knife maker Case® as part of a collection of equipment to be carried aboard spacecraft for an “off-course” landing on Earth.

They were equipped with two days worth of water and food, a radio beacon, three pairs of sunglasses, two bottles of sunscreen, and one Case® Astronaut Knife M-1 in case they needed to clear foliage or protect themselves from predators. 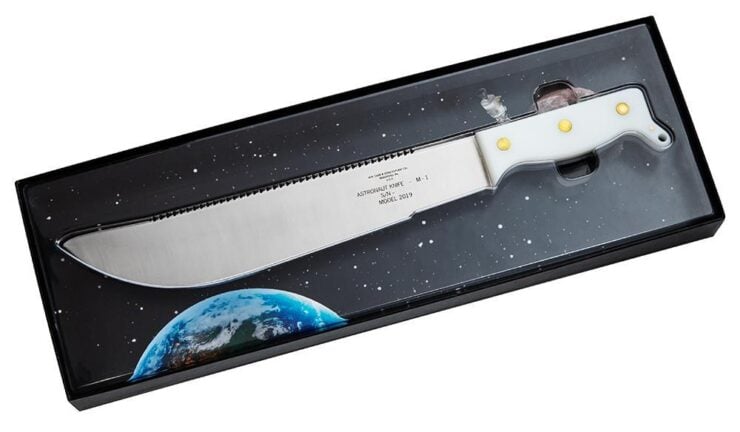 Each Case® Astronaut Knife M-1 is made to the same specifications as the originals, and they come in a commemorative box. These aren’t just for display, they’re designed to be fully functional.

The M-1 designed by NASA and built by W.R. Case & Sons Cutlery Co. was designed to be lightweight for obvious reasons, it has an 11.75 inch heavy gauge stainless steel machete blade down the front side and a toothed saw blade down the backside.

Each M-1 weighs 7.5 oz or 213 grams, it has a smooth white synthetic handle, the total length is 17 inches, it comes in a commemorative astronaut box and they’re made in Bradford, Pennsylvania just like the originals from all those decades ago. 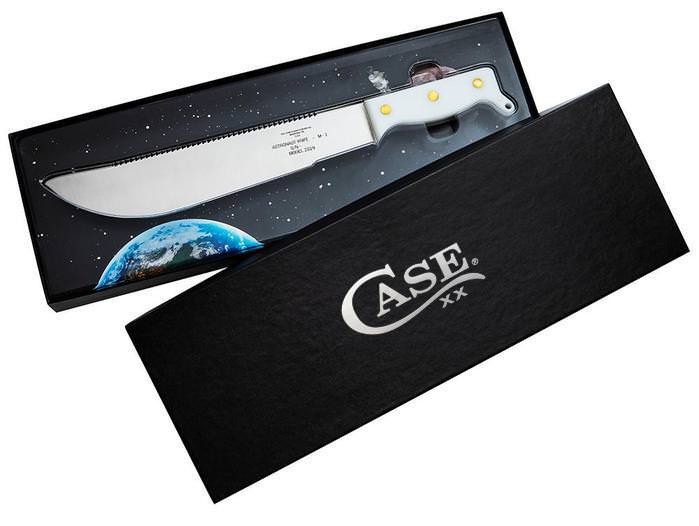