This California bar find is a rare first generation Toyota Hilux Pickup Truck from 1969, just the second year of the model’s production.

This truck was bought new in ’69 by a Japanese farmer who lived in California, he then used it on the farm for 20 years before buying a new 1989 Toyota Pickup and parking his old one in a shed, where it remained till it was rediscovered after he passed away.

The Toyota Hilux Pickup Truck, known more simply as just the Pickup or Truck in North America, has developed a well-earned reputation for toughness and reliability – even in the face of decades of hard use. 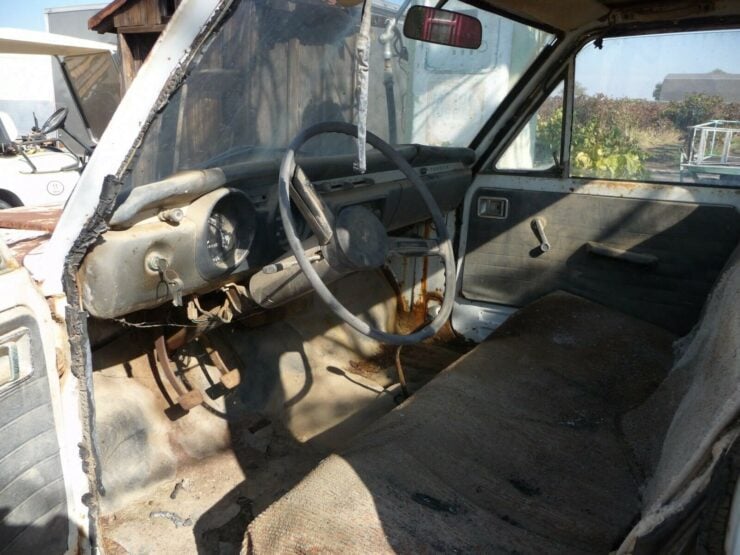 The interior of this truck is in time warp condition, it’s well-worn but all original – it even has the factory-fitted radio.

The Hiluxes we see on the road today are mostly the popular four-wheel drive versions which were produced from 1979 onwards as part of the model’s third generation. Many don’t even know that the first two generations of the Hilux were never offered with a four-wheel drive option, they were simple and relatively small pickups designed to be inexpensive to buy and operate.

When Toyota first introduced the Hilux in 1968 as the “N10” model the company’s reputation outside of Japan was vastly different to today. Japanese cars were typically seen as small, cheap, and almost disposable.

The 1960s had seen the introduction of halo sports cars that would begin to change this reputation, cars like the Toyota 2000GT, the Datsun 240Z, the Nissan Skyline GT-R, and even the unusual Mazda Cosmo its its Wankel rotary engine.

The compared to the much larger American-made pickup trucks, the small Toyota Hilux must have seemed almost like a toy, but thanks to their low cost and excellent fuel economy they quickly established a foothold at the lower end of the market.

The first Hiluxes in 1968 were powered by 1.5 liter inline-four cylinder engines producing just 76 hp. Power was sent to the rear wheels via a 4-speed manual transmission, and the truck had independent front suspension with a live axle on leaf springs in the rear. 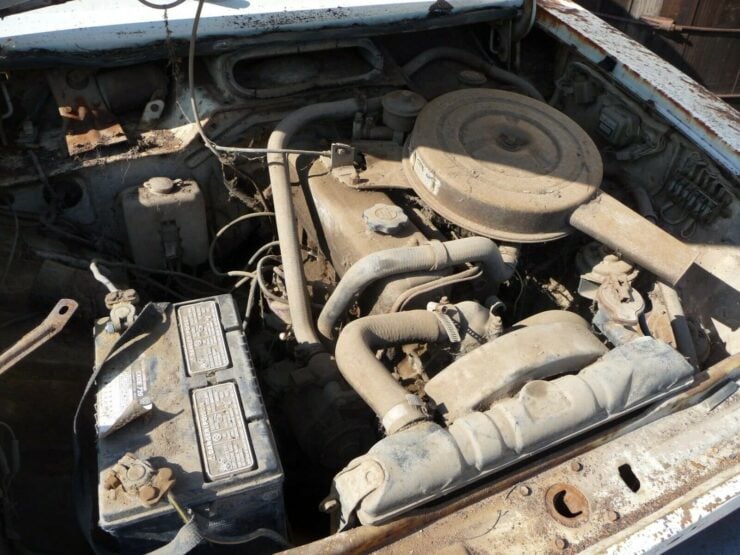 With its all-steel body-on-chassis construction the Hilux shared the same fundamental architecture as its much larger American rivals, though the Japanese truck tipped the scales at just 2,314 lbs.

It’s now relatively rare to see first and second generation Hiluxes on the road, many were scrapped or quietly rusted into oblivion. Surviving original trucks are now sought out by collectors, and they never fail to gather a crowd at shows.

The Hilux you see here is a true California barn find, it was parked up in a shed back in 1989 still in full working condition when the original owner bought himself a new Hilux to replace it.

As the years passed this truck gathered dust and was largely forgotten about, not being rediscovered until years later when its first owner had passed away. It’s now for sale on eBay out of Acampo, California and the listing explains that the engine turns over and it still has the original hub caps and radio.

The truck clearly now needs a restoration to fix the rust damage and restore it back to its former glory, if you’d like to read more about it or register to bid you can click here to visit the listing on eBay. 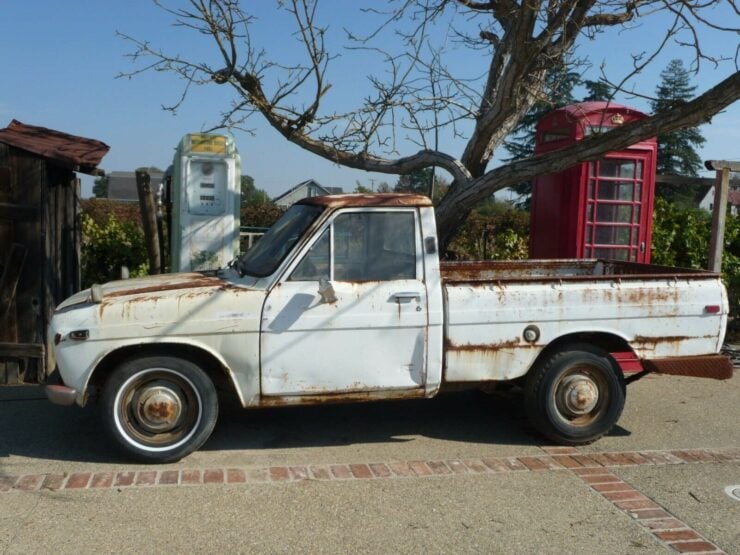 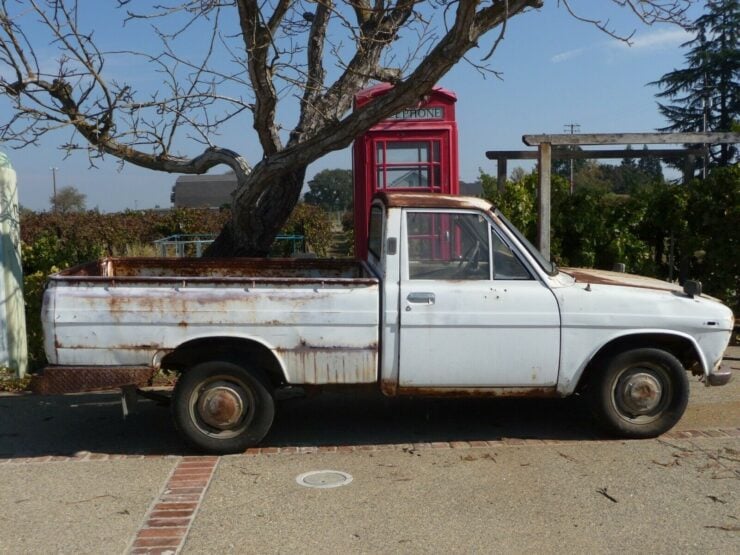 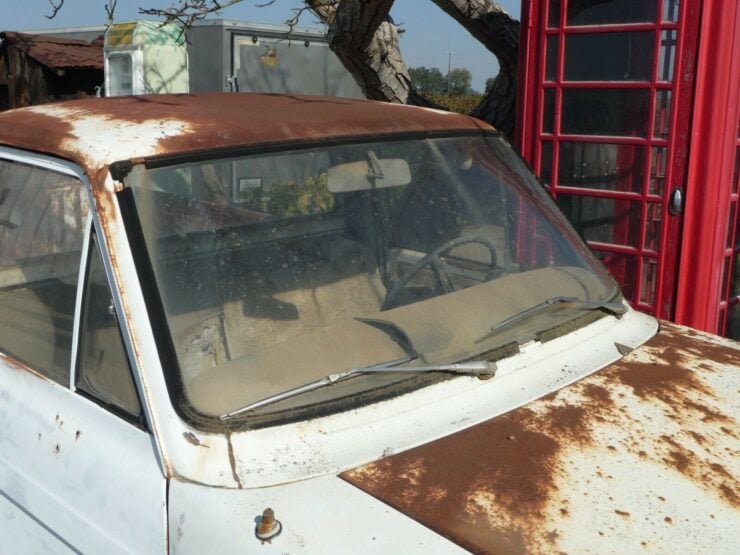 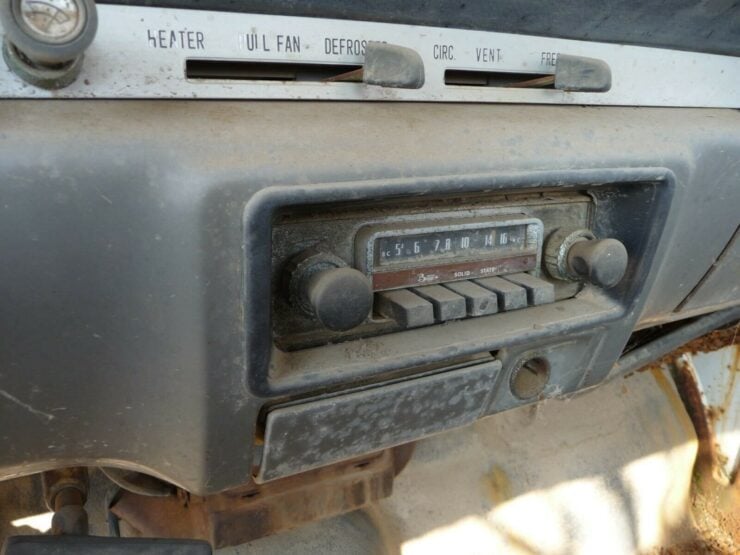 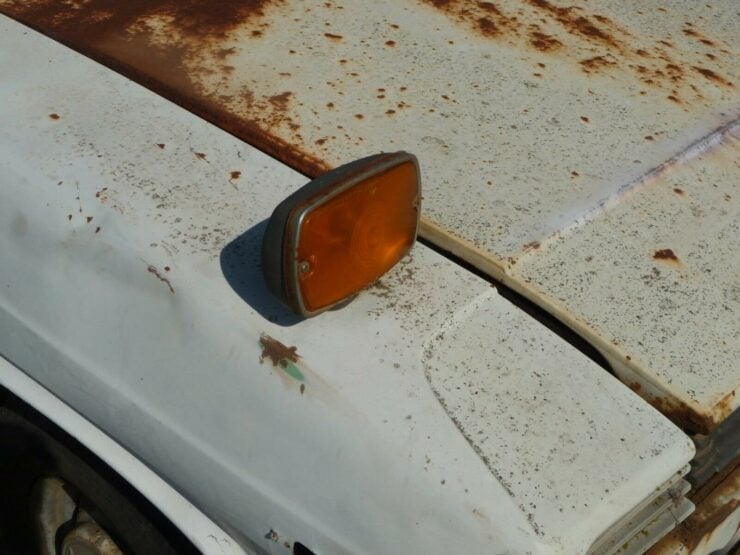 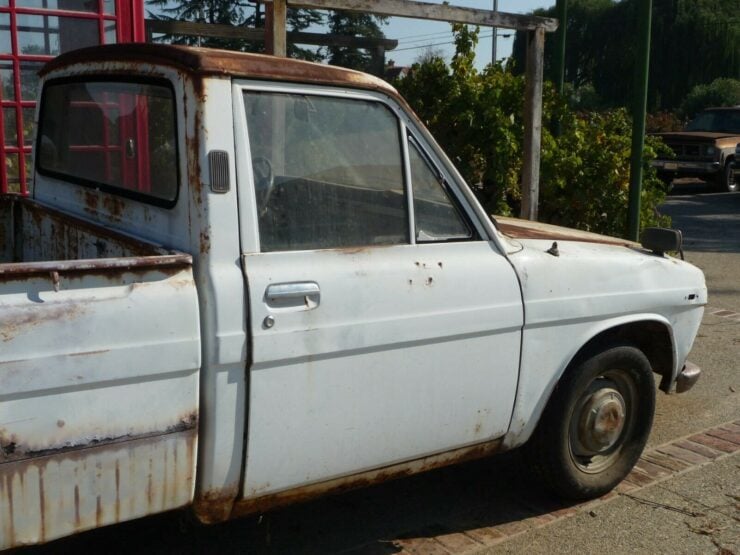 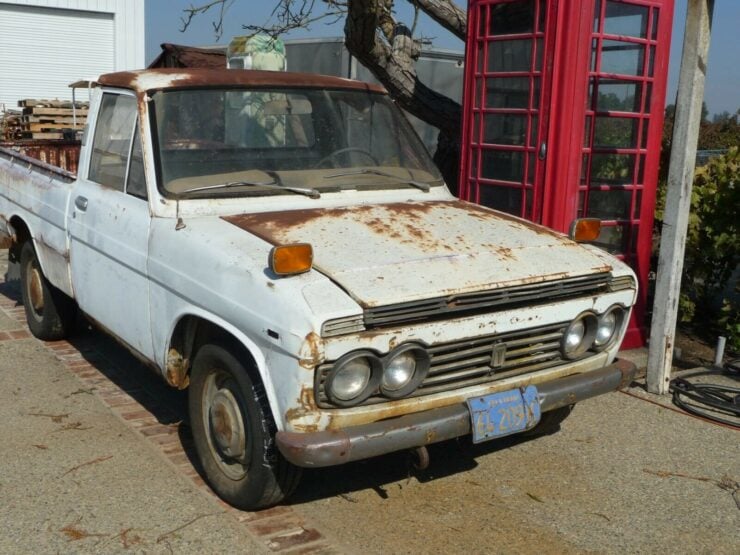 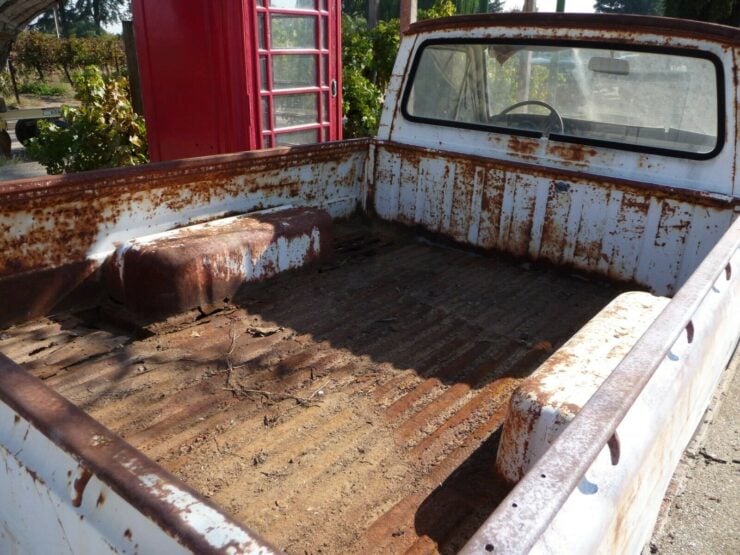 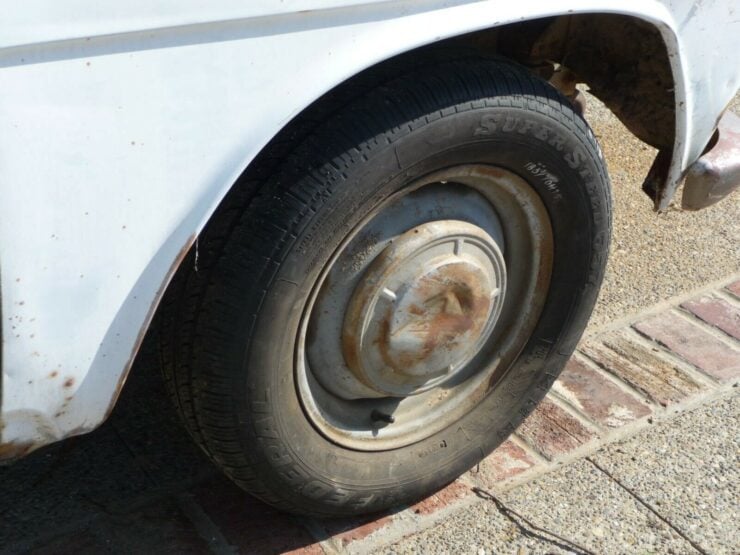 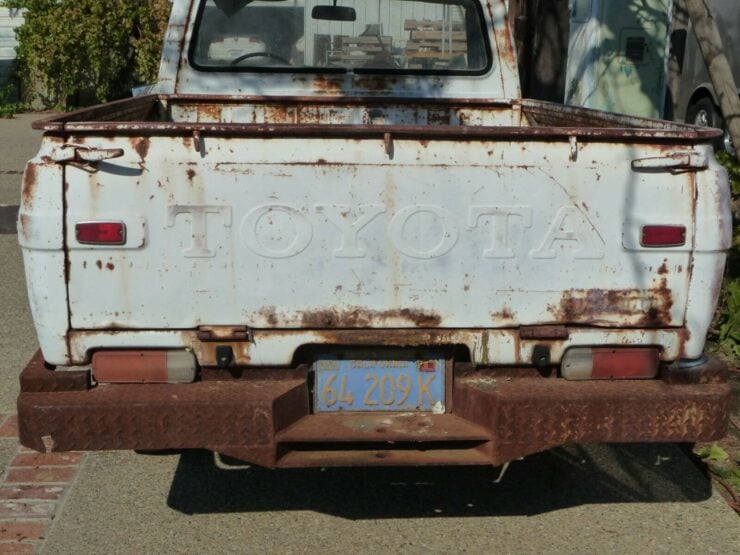 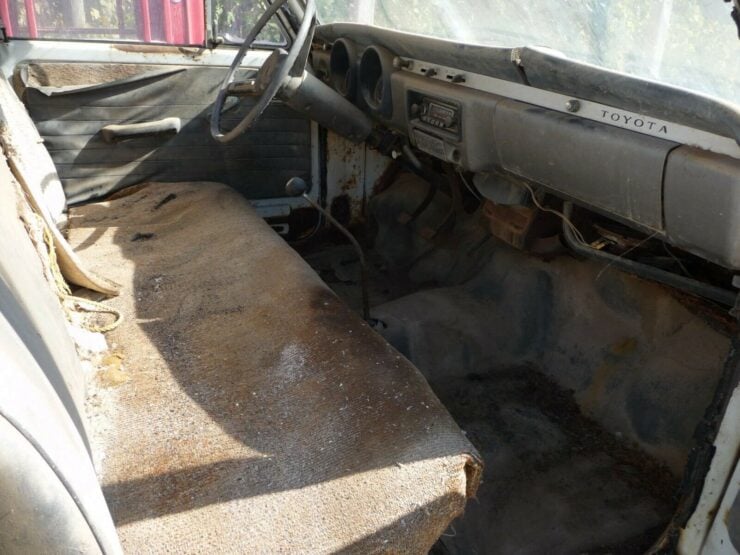 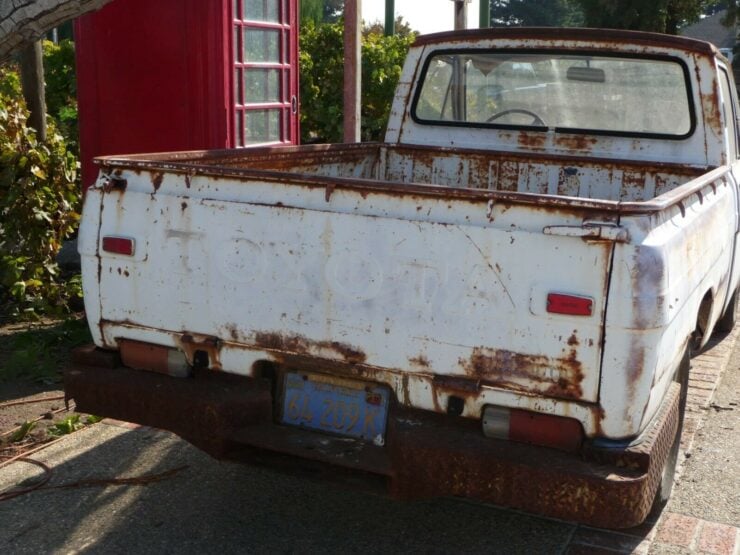 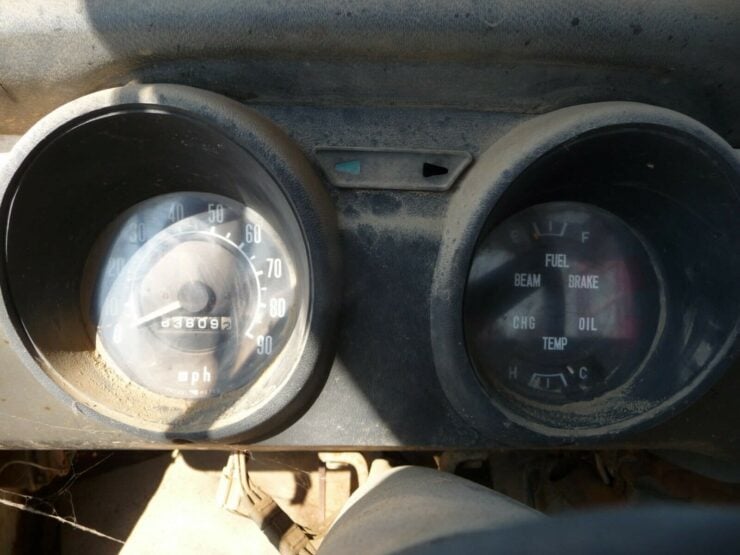 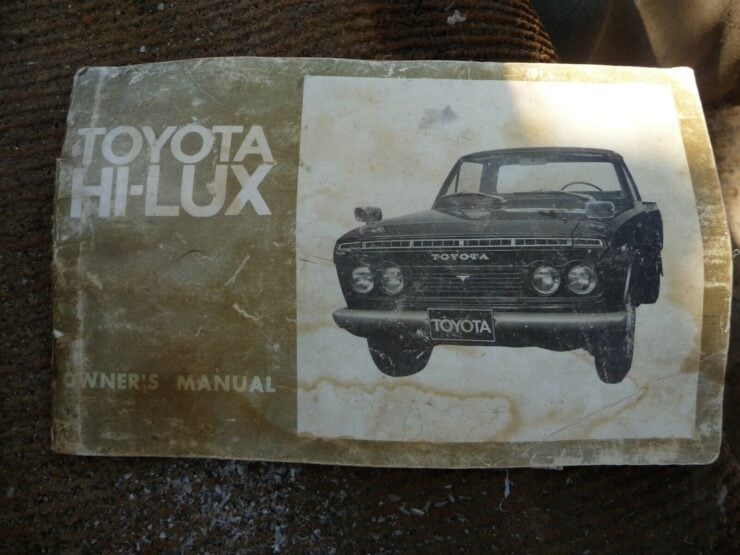