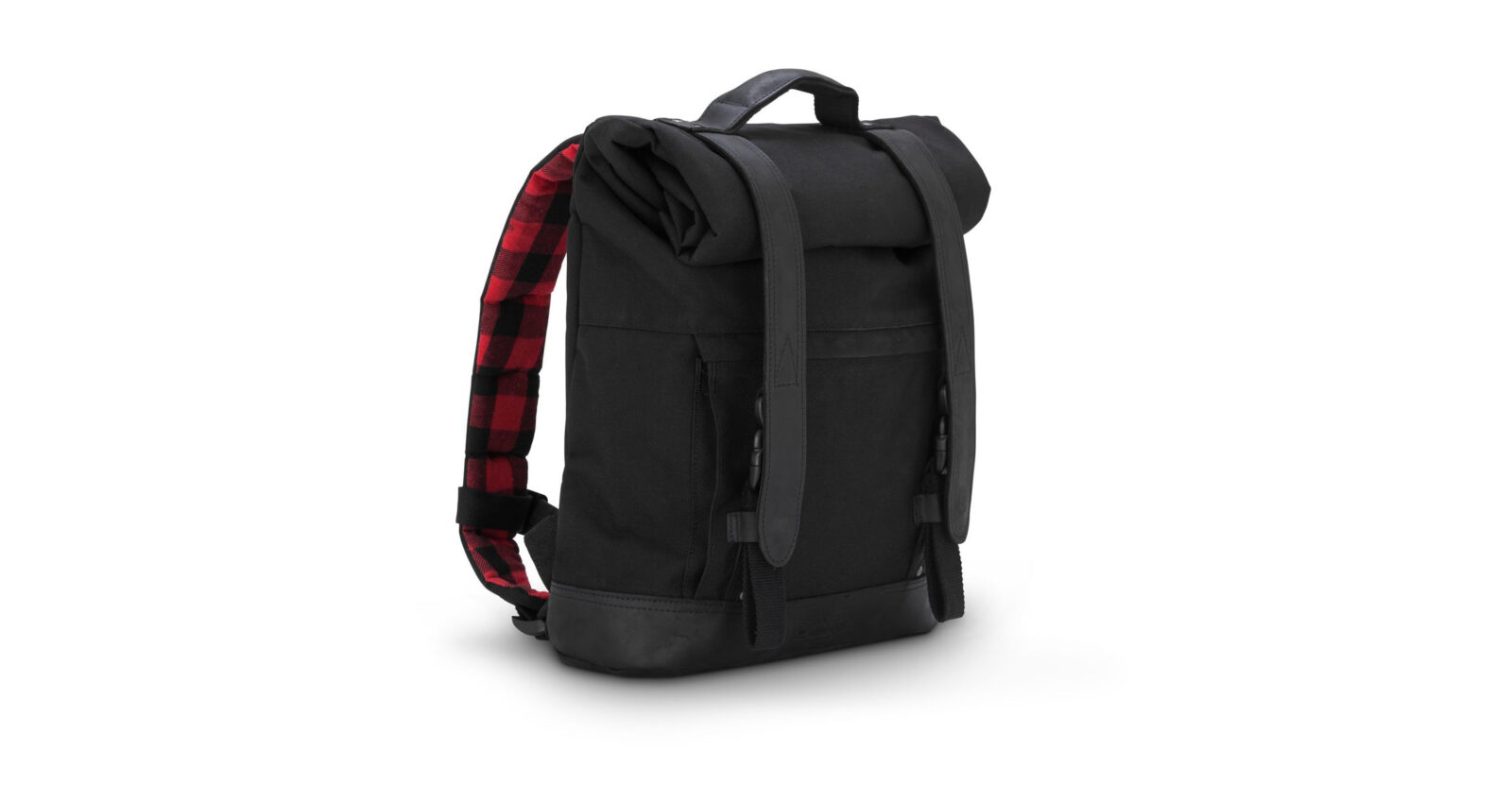 The Burly Voyager Back Pack was designed by the team at Burly specifically for motorcycle use, it has a main chassis of heavy duty black Cordura, with leather exterior support panels, thick padded straps with flannel inner sections, and a padded interior with a 15″ laptop compartment.

Burly Brand has been in business for over 20 years, they make a wide variety of handlebars, suspension, seats, foot controls, lights, sissy bars and more. They have a great reputation for making solid gear, and the Voyager Back Pack is no exception.

The roll top construction of the bag is excellent for keeping water out, it also means you can increase and decrease the bag’s size on the go depending on how much gear you have to carry. The bag is closed with twin speed buckles, there’s a padded top handle, and l front zipper pockets for stowing items you need quick access too.

For those who prefer cotton, Burly make a version of the Voyager in “Dark Oak” in waxed cotton canvas with all the same features and dimensions. 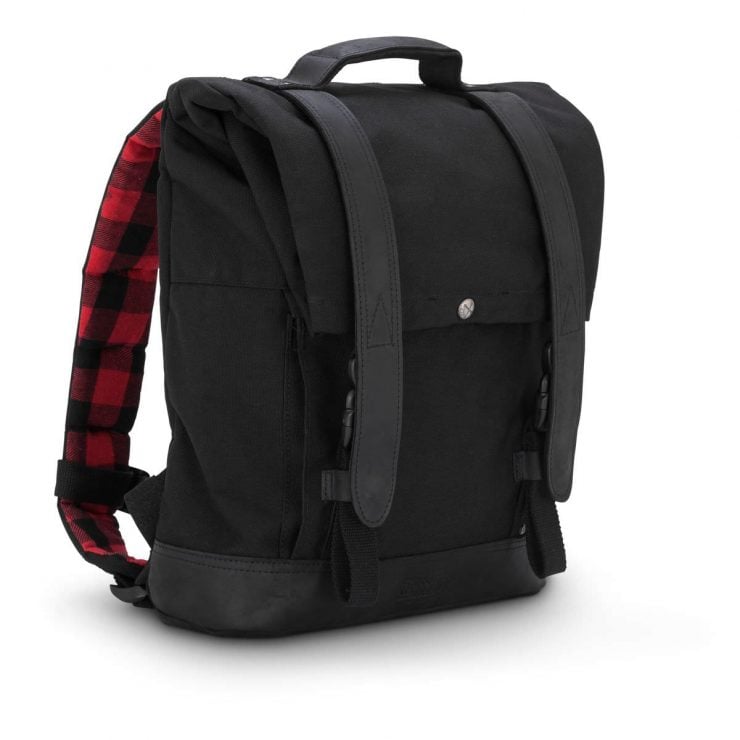