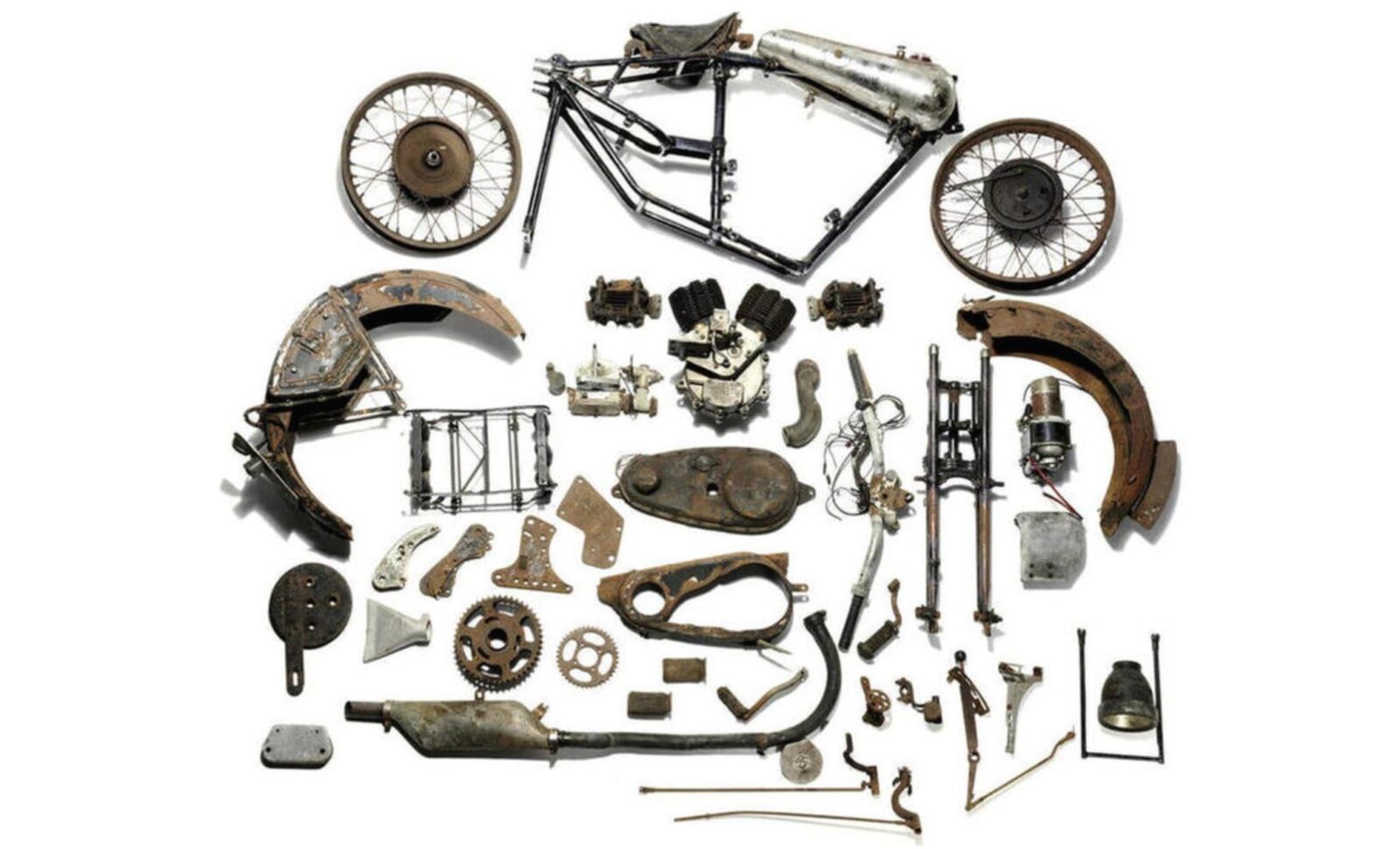 This 1928/31 Brough Superior Overhead 680 is a project motorcycle for someone with far more capability in the area of fabrication and mechanics than I will probably ever posses. It started life as a standard OHV Brough Superior 680 with a sidecar added, it’s now being offered without the sidecar but almost all the components needed to complete it are present.

Obviously, the most famous motorcycles from Brough Superior are the SS80 and SS100 models – these bikes were capable of 80mph and 100mph respectively, they were amongst the fastest non-airborne vehicles anywhere on earth when they were first released but this performance came at a price – a price not many could afford.

George Brough decided in 1926 that he needed to build a motorcycle with a smaller, far less expensive engine that he could offer at a lower price. He settled on using the JAP OHV 680cc V-twin, the finished motorcycles were unmistakably related to their larger siblings but their lower sticker price allowed those who couldn’t afford an SS100 to still become a Brough owner.

Original Brough Superiors are now selling for staggering sums, often over $250,000 USD and the values are climbing with no signs of waning. This has led to many barn finds likes this one coming out of the woodwork, even just a few years ago this disassembled motorcycle wouldn’t have been worth more than a few thousand dollars, it’s now expected to be worth somewhere in the region of £28,000 to £38,000 and this value will shoot up much further once it’s been restored. 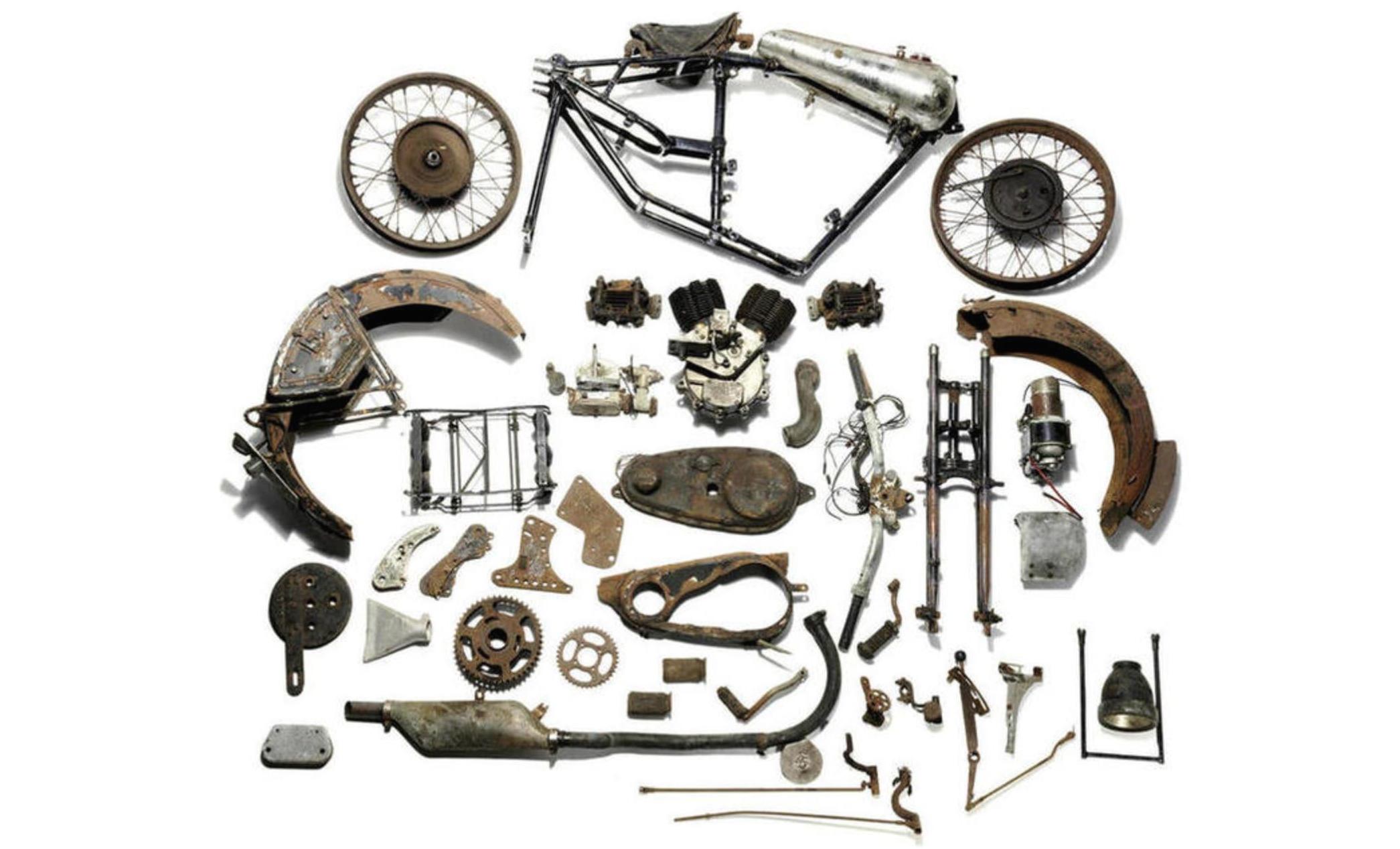