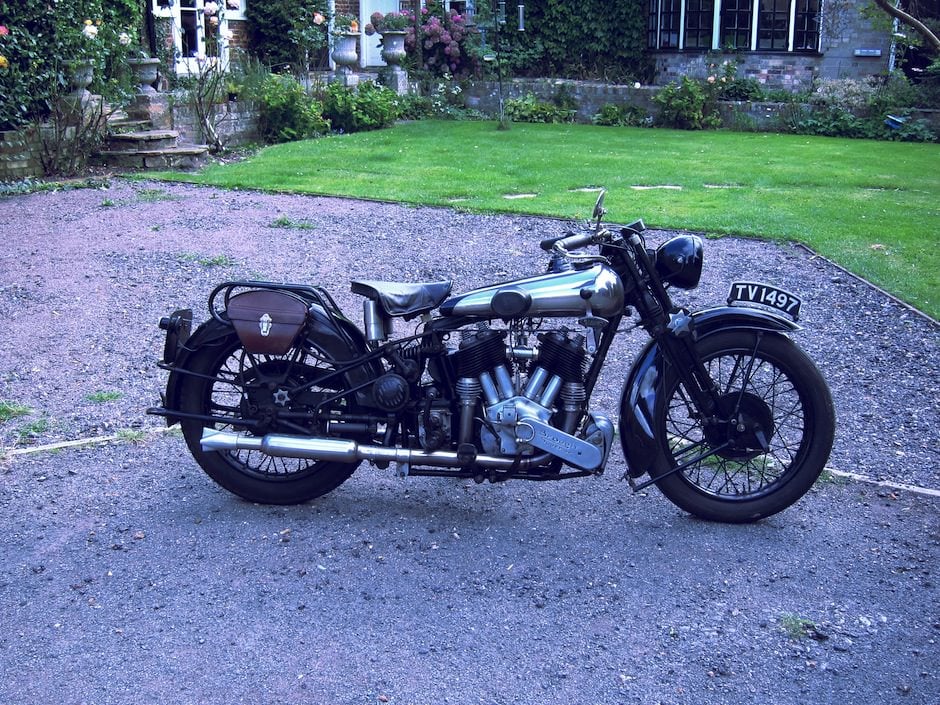 The Brough Superior SS-80 was first released in 1922, the 982cc JAP v-twin was easily capable of pushing the motorcycle to speeds in excess of 80mph (hence the name SS-80) and a bike very much like this one became the first side-valve engined bike to lap the Brooklands circuit at over 100mph.

This particular Brough Superior SS-80 became affectionately known as “Black Bess”, she was run intermittently with and without a sidecar during her lifespan and was even used as a sidecar racer before WWII.

Interestingly, this SS-80 was owned by legendary motorcycle man C E ‘Titch’ Allen, who founded the Vintage Motor Cycle Club and was one of the most iconic people in the vintage motorcycle world right the way through the 20th century. He was deeply passionate Brough Superior enthusiast and owned a number of models from the marque during his life. 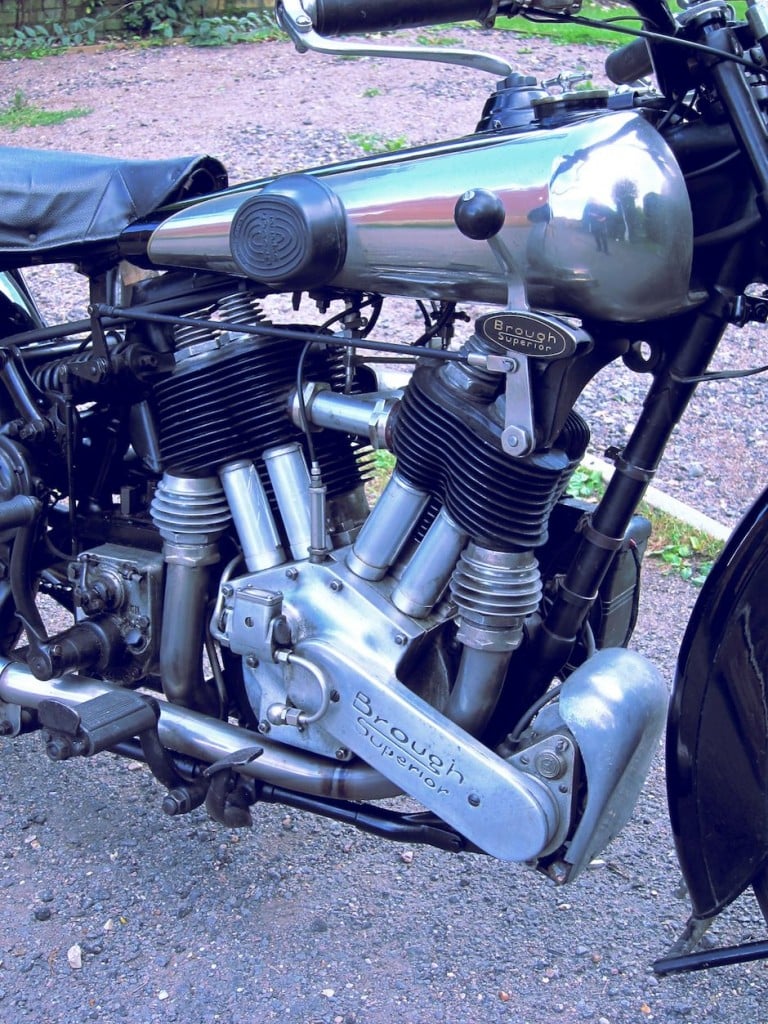 Black Bess was restored in 1996 to as-new condition, she’s been fitted with oversize Fordson valves and according to Titch, she “runs like an express train”. He used to take his wife Jess out on the bike for rides in the countryside, as it’s only a single seater Titch, ever the gentleman, would sit himself on the fuel tank and allow her to use the sprung saddle.

If you’re in the market for a mint condition Brough Superior SS-80 and you don’t mind dropping between $130,000 and $190,000 USD you can check out the official listing for the bike here via Bonhams. 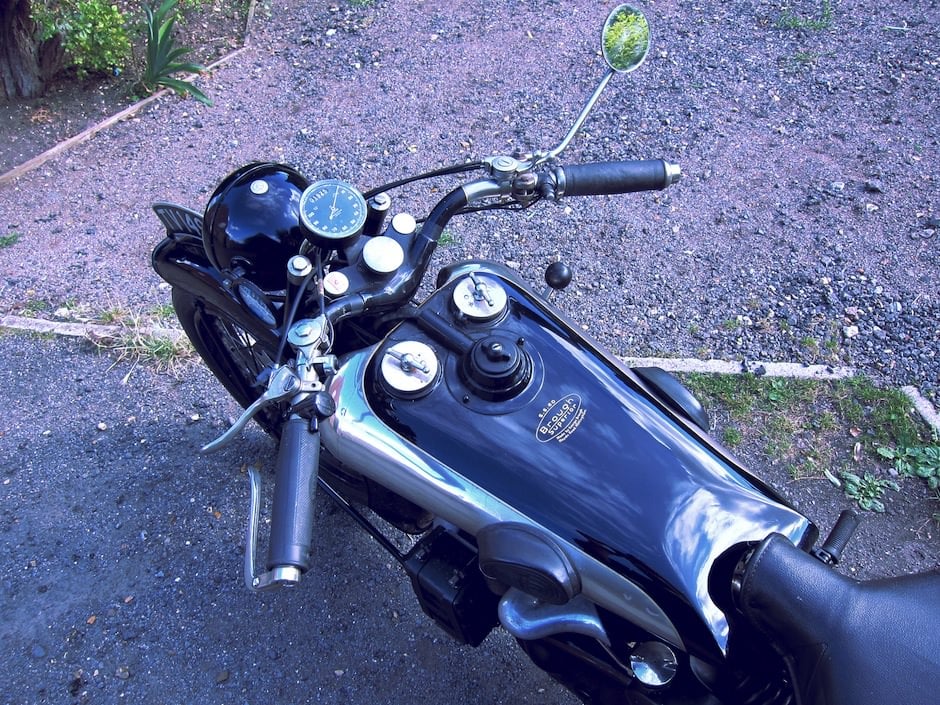 Published by Ben Branch - October 15th 2012
Related Posts
The Bimota SB3: The Fastest Production Motorcycle In The World In 1979