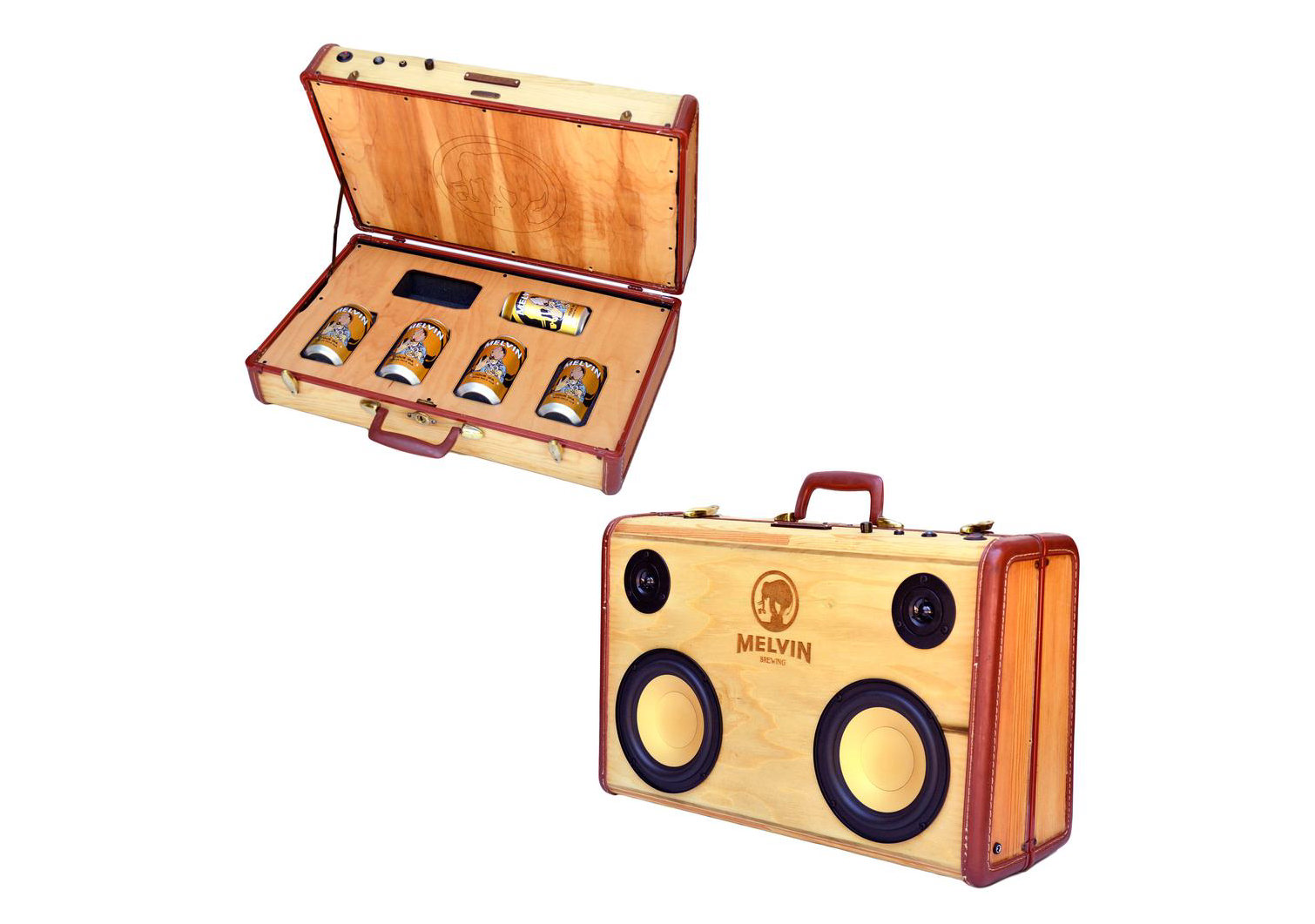 This is a 100 Watt portable sound system by BoomCase that incorporates a discrete internal compartment that can carry half a dozen cans of your favourite beer, or soft drink depending on the occasion.

BoomCase have been building portable boomboxes in vintage suitcases since 2009, they’re based in California and their webstore always includes a wide variety of newly made BoomCases of all shapes and sizes to fit all requirements and budgets.

The Beer Blaster is one of their newer creations, it’s ideally suited as a promotional unit for craft brewery parties but with a built-in 100 Watt amplifier powering two 6.5″ Woofers and two Dome Tweeters, it has more than enough oomph to power pool parties, BBQs, and beach get togethers.

You can connect your smartphone or music player to the Beer Blaster using either an aux cable or the built-in Bluetooth functionality. It has a rechargeable 16+ hour internal battery and a weight of 17 lbs (without beer), it measures in at 20″ x 15″ x 8″, and the sound system has a frequency response of 60hz – 20,000hz.

All BoomCases come with a battery charger and an audio cable for instant plug-and-play, international shipping is available and most built-to-order cases require a lead time of approximately two to three weeks. 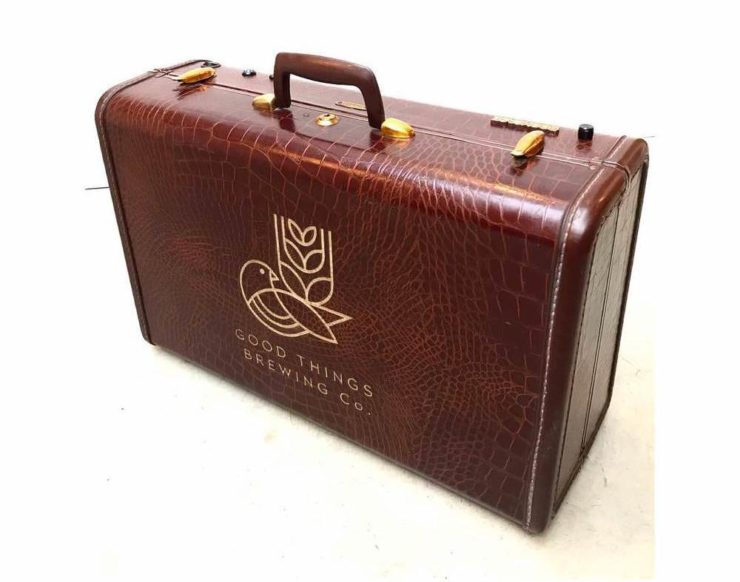