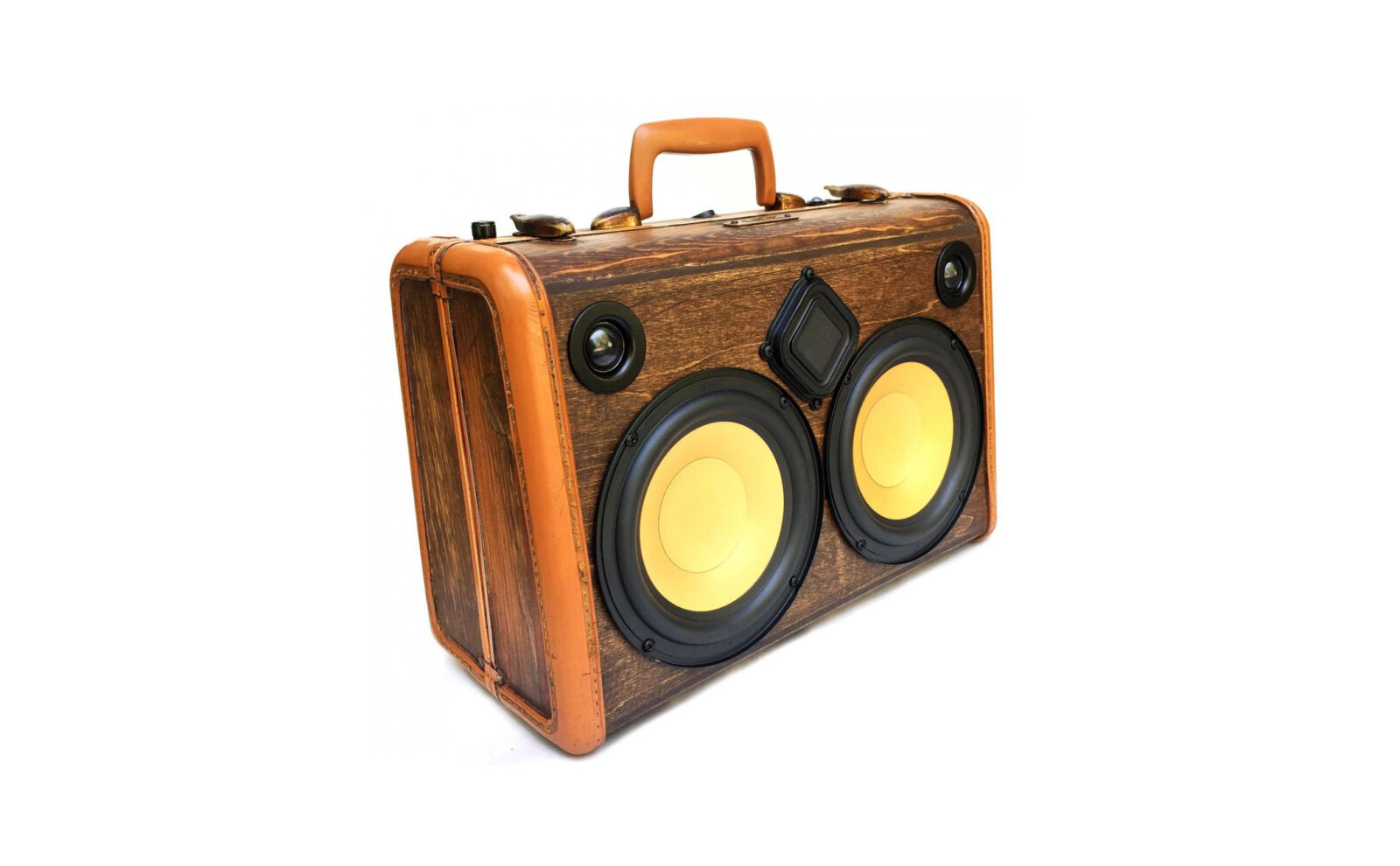 For over 10 years the team at BoomCase have been building self-contained stereo systems in vintage suitcases, they contain battery packs, amplifiers, speakers, an aux input, and optional BlueTooth connectivity.

The 50 Watt BoomCase shown here has had the outer layer of material removed to show the wooden chassis which has been stained and finished. 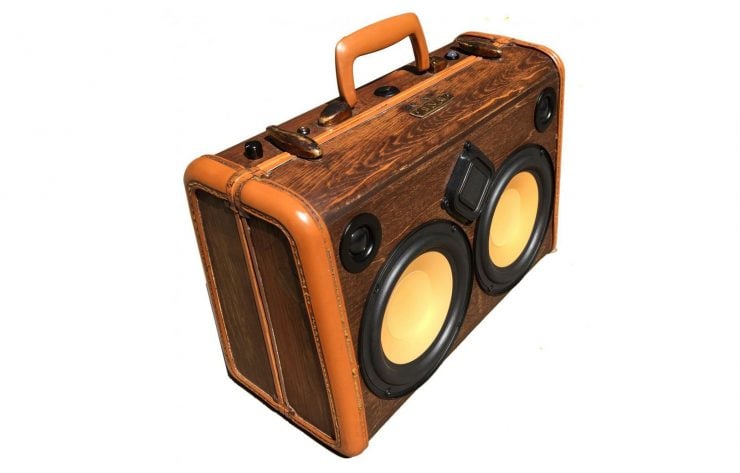 The BoomCase has a frequency response of 65hz – 21,000 hz and it measures in at 14″ x 12″ x 7″ with a total weight of 12 lbs. When ordering you can choose to add BlueTooth, a battery meter, a shoulder strap, an external volume knob, or a bottle opener.

For carrying the BoomCase obviously has a built-in handle already from its previous life, as well as twin latches that can be opened to show the internals.

You use the BoomCase by plugging in your smartphone (iPhone or Android), or any almost other music player through the auxiliary port. With 16 hours of battery life the case should outlast almost any party, and it can be plugged in and charged while operating too meaning it can operate for days at a time if needed. 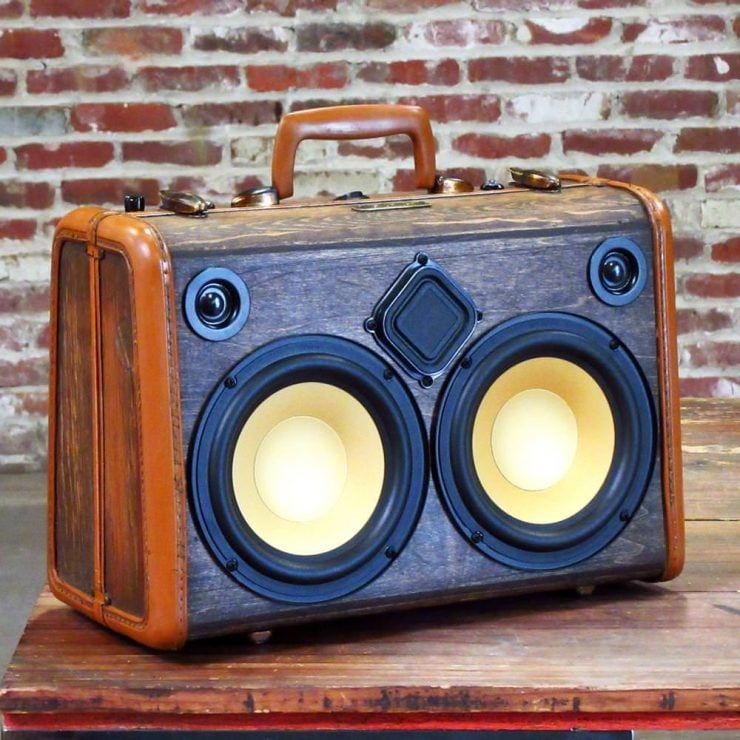 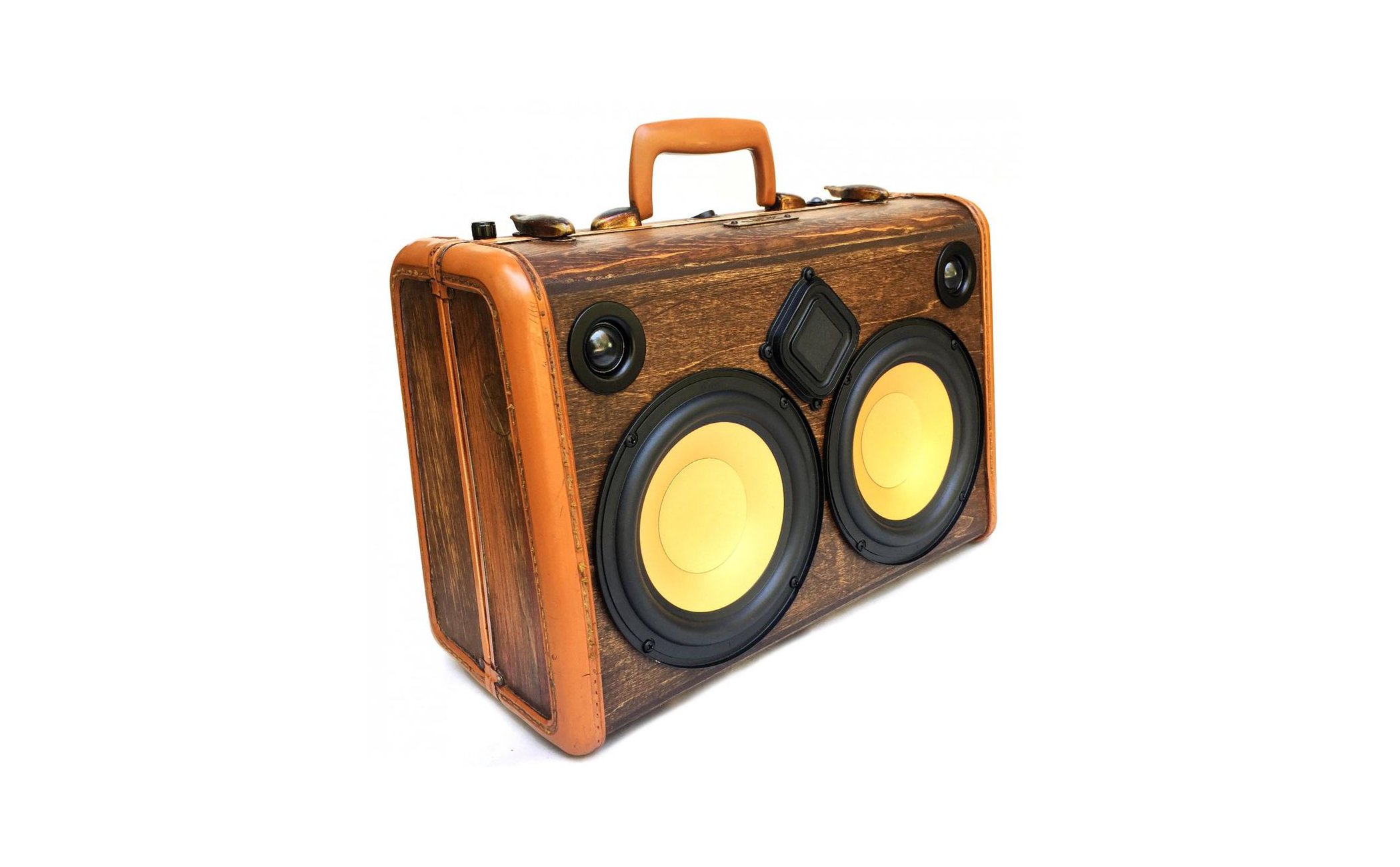