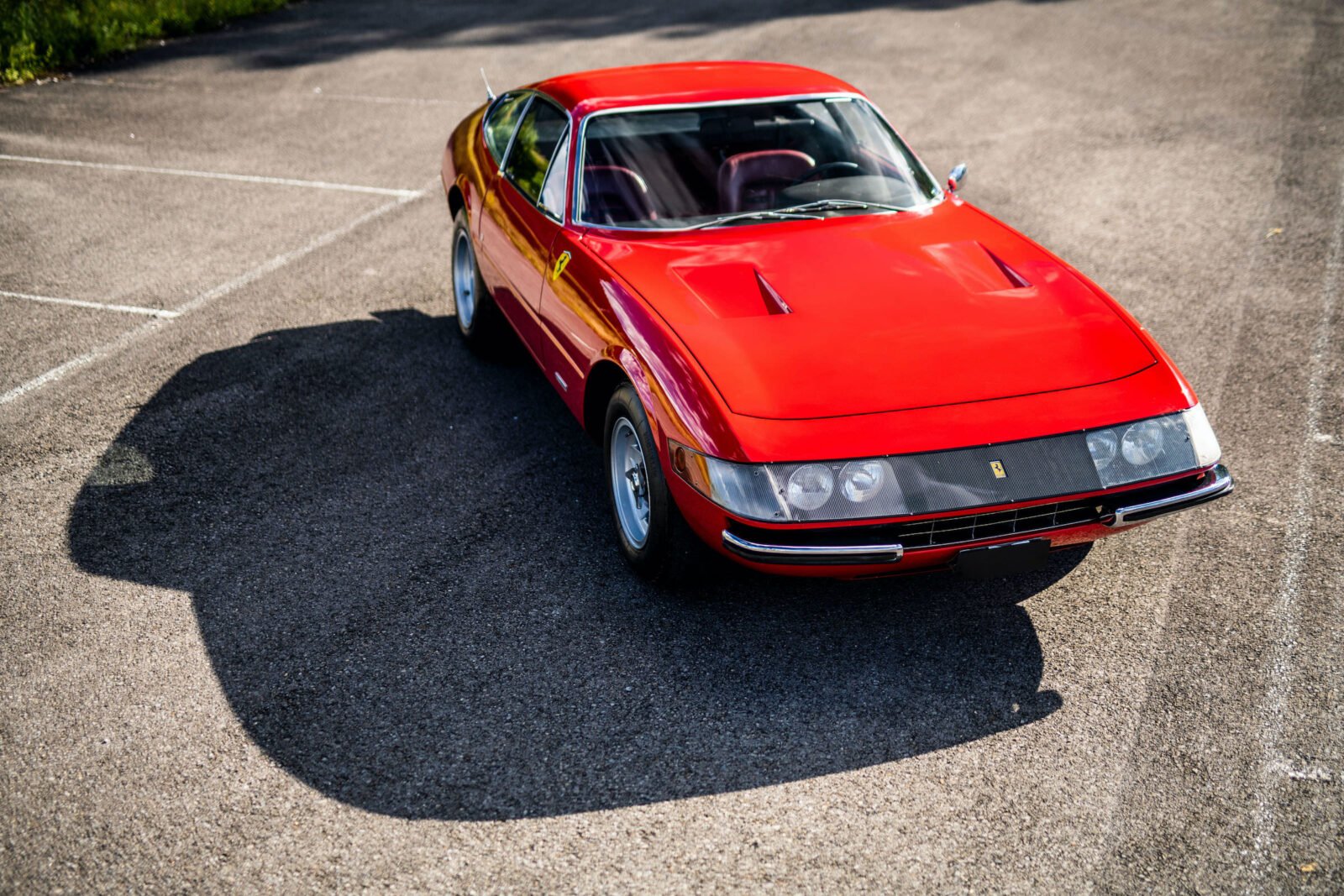 The Ferrari 365 GTB/4 Daytona is a car that became a benchmark for Ferrari and a sign of things to come – careful effort was taken when building it to ensure it would reclaim the “world’s fastest car” title from the revolutionary mid-engined Lamborghini Miura.

Famously the name “Daytona” wasn’t officially chosen by Ferrari as the name of the model, instead the car was given the model name “365 GTB/4”. Due to the release of the car in 1968, a year after Ferrari’s 1-2-3 finish at the February 1967 24 Hours of Daytona in 1967, the car was nicknamed the Daytona by the motoring media and Ferrari fans. To this day Ferrari still only uses the name Daytona sparingly and always notes that it’s an unofficial title.

The design of the car represented a new direction for Ferrari, it was penned by Leonardo Fioravanti at Pininfarina and unlike its predecessors it had sharper-edged styling rather than the sweeping curves of the 275 and 250 series Ferraris. This car would help to modernise the design language of Ferrari and we would see many more angular designs from the Italian automaker throughout the 1970s, into the 1980s and beyond.

The two most famous Daytonas are likely the black example used while filming the first two seasons of the original Miami Vice TV series, and the red on driven by Dan Gurney and Brock Yates in the first Cannonball Baker Sea-To-Shining-Sea Memorial Trophy Dash in 1971 – typically just shortened to the “Cannonball Run”.

Interestingly the Daytona used in Miami Vice was actually a replica fibreglass kit based on a Corvette C3 chassis. Ferrari took issue with this and filed suit against the manufacturer of the replica kit, and for season three onwards they donated two Ferrari Testarossas to be used.

During the inaugural Cannonball Run the two man team of Dan Gurney and Brock Yates averaged 80.1 miles per hour (129 km/h) for 35 hours 54 minutes between New York City to L.A., a distance of 2,876 miles. Dan Gurney would later be quoted as saying “We never once exceeded 175 miles per hour”. 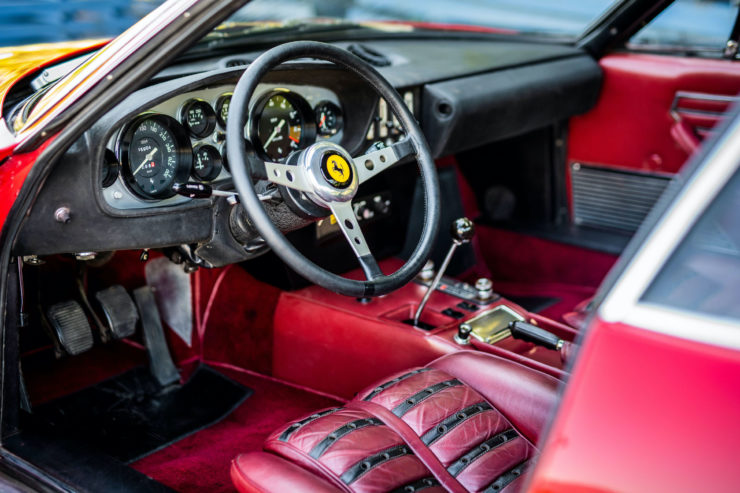 The underlying architecture of the 365 GTB/4 Daytona is a direct evolution of the preceding Ferrari 275 GTB platform, with a front mounted V12, a rear mounted transaxle for optimal weight distribution, and all independent suspension consisting of double-A arms, telescopic shock absorbers, and coil springs.

The Daytona was fitted with the Tipo 251 version of the venerable 60º Colombo V12, an engine with double overhead cams, two valves per cylinder, six two barrel 40 DCN/20 Weber carburettors, and it has a compression ratio of 9.3:1. Total power output depended on model and destination market, European cars typically had 352 bhp at 7,500 rpm and 318 ft lbs of torque at 5,500 rpm – giving the car a 0 to 62 mph time of 5.4 seconds and a top speed of 174 mph, exactly 3 mph more than the Lamborghini Miura.

The 1970 Ferrari 365 GTB/4 Daytona you see here was originally delivered to an owner in Canada before being acquired by a new owner in Switzerland. It’s still fitted with its original numbers-matching engine which has been rebuilt, and the interior is listed as all original. If you’d like to read more about it or register to bid you can click here to visit the listing on RM Sotheby’s. 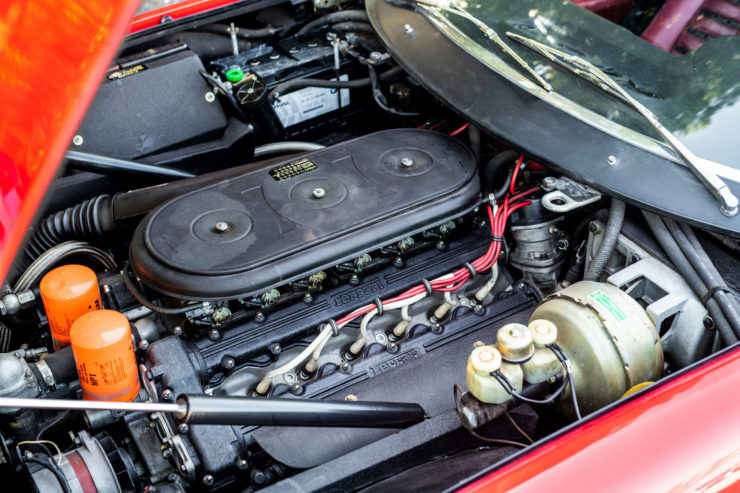 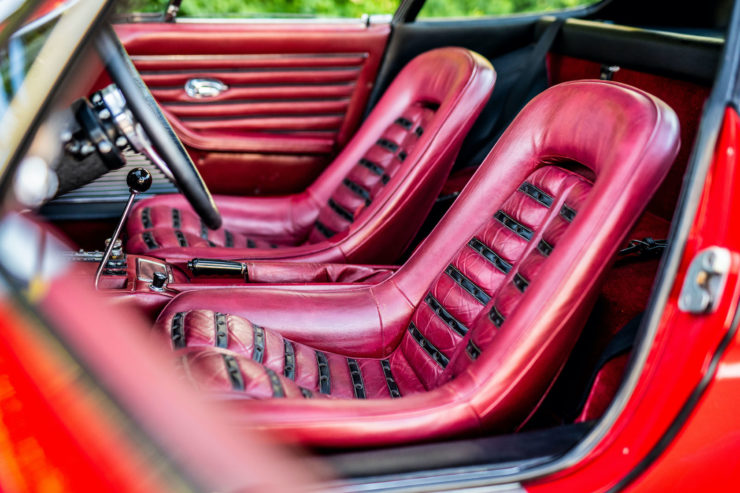 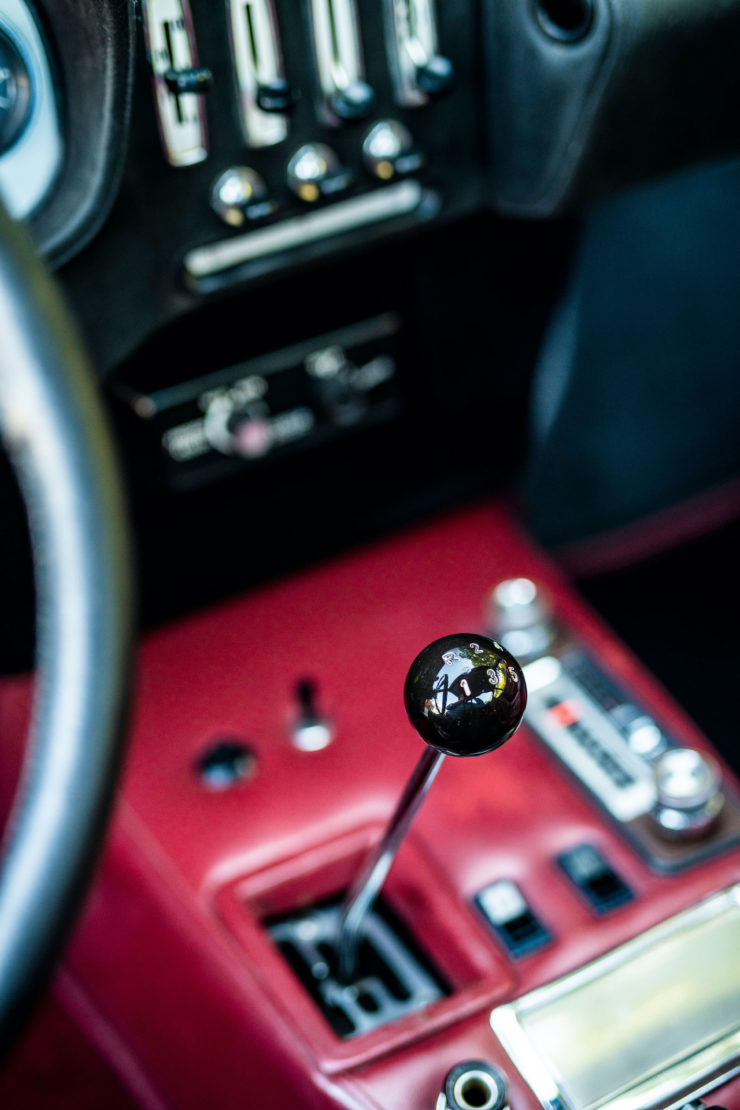 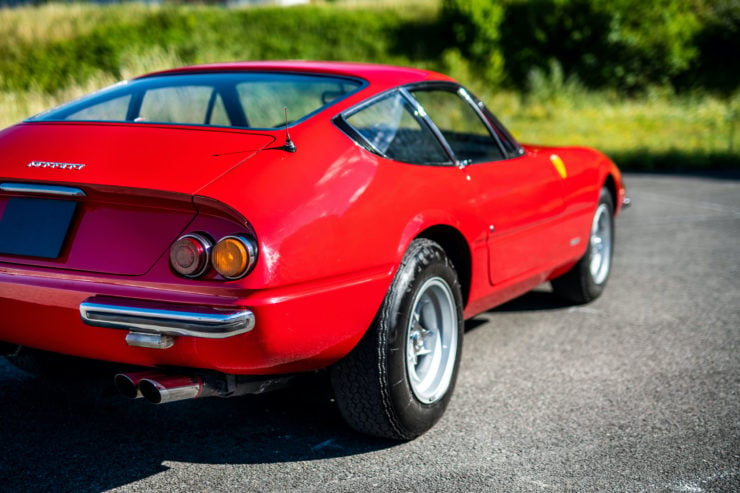 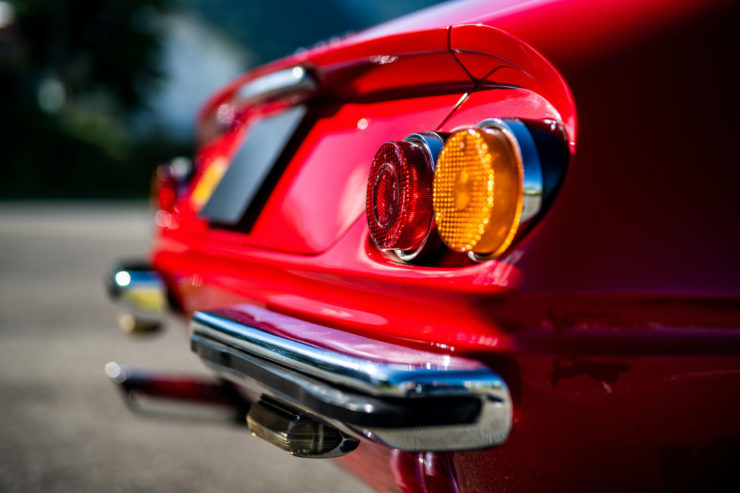 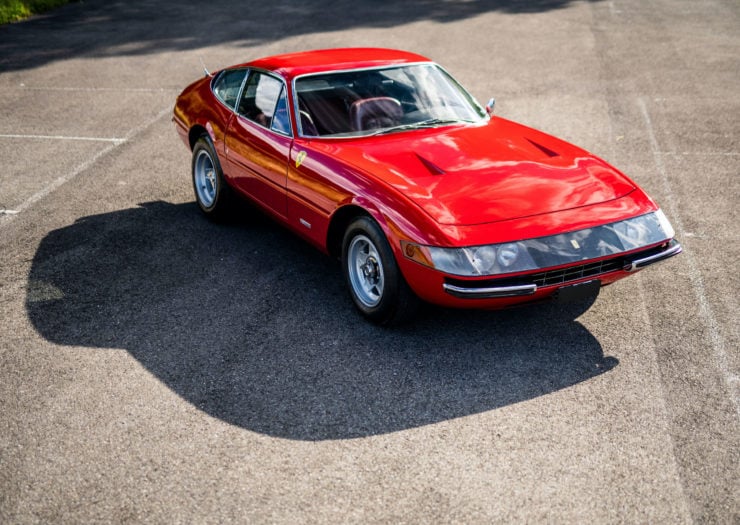 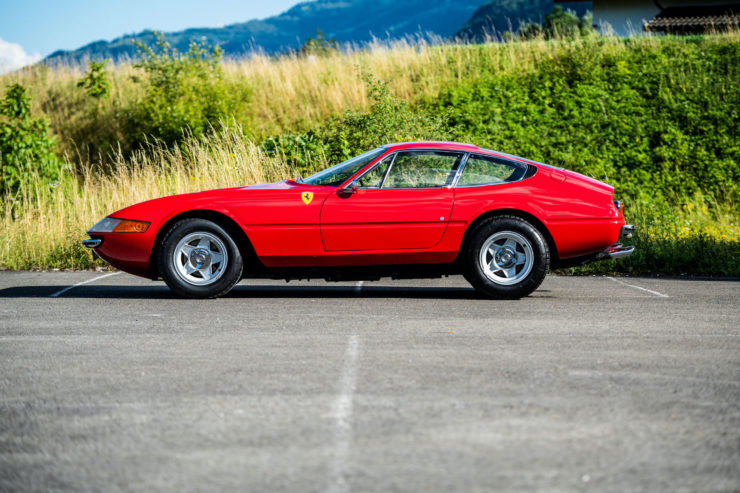 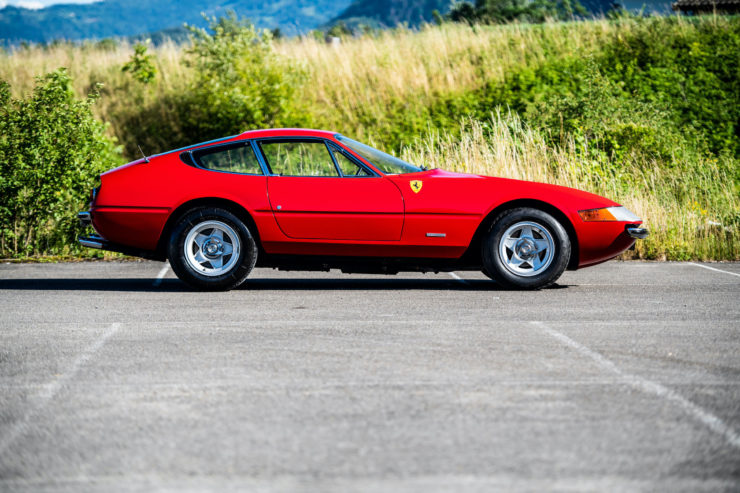 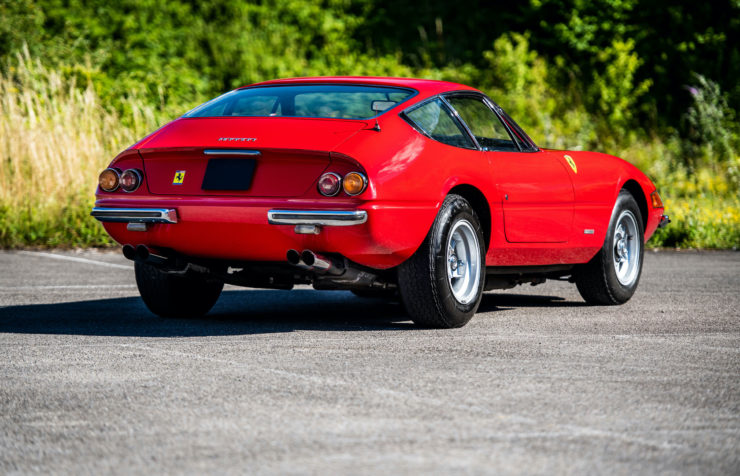 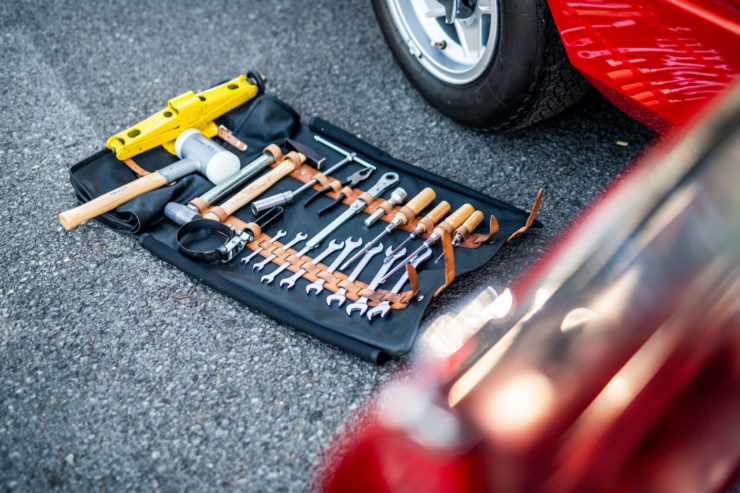 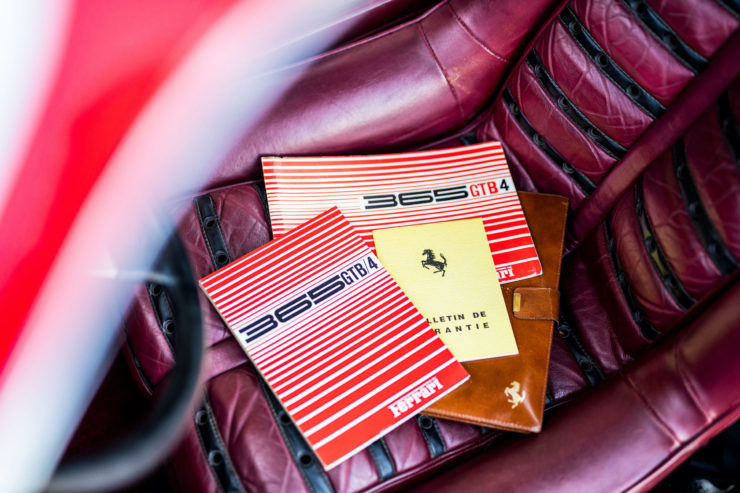 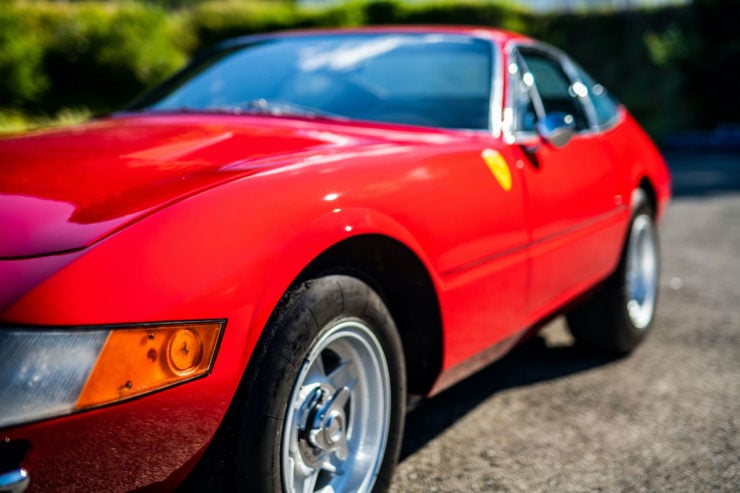 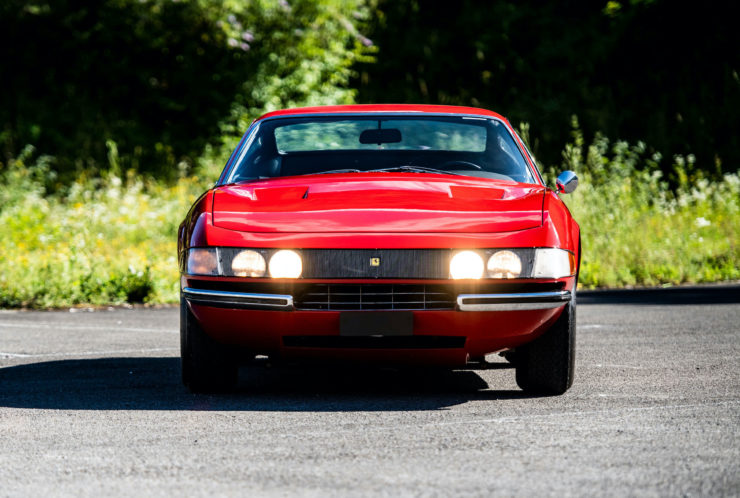 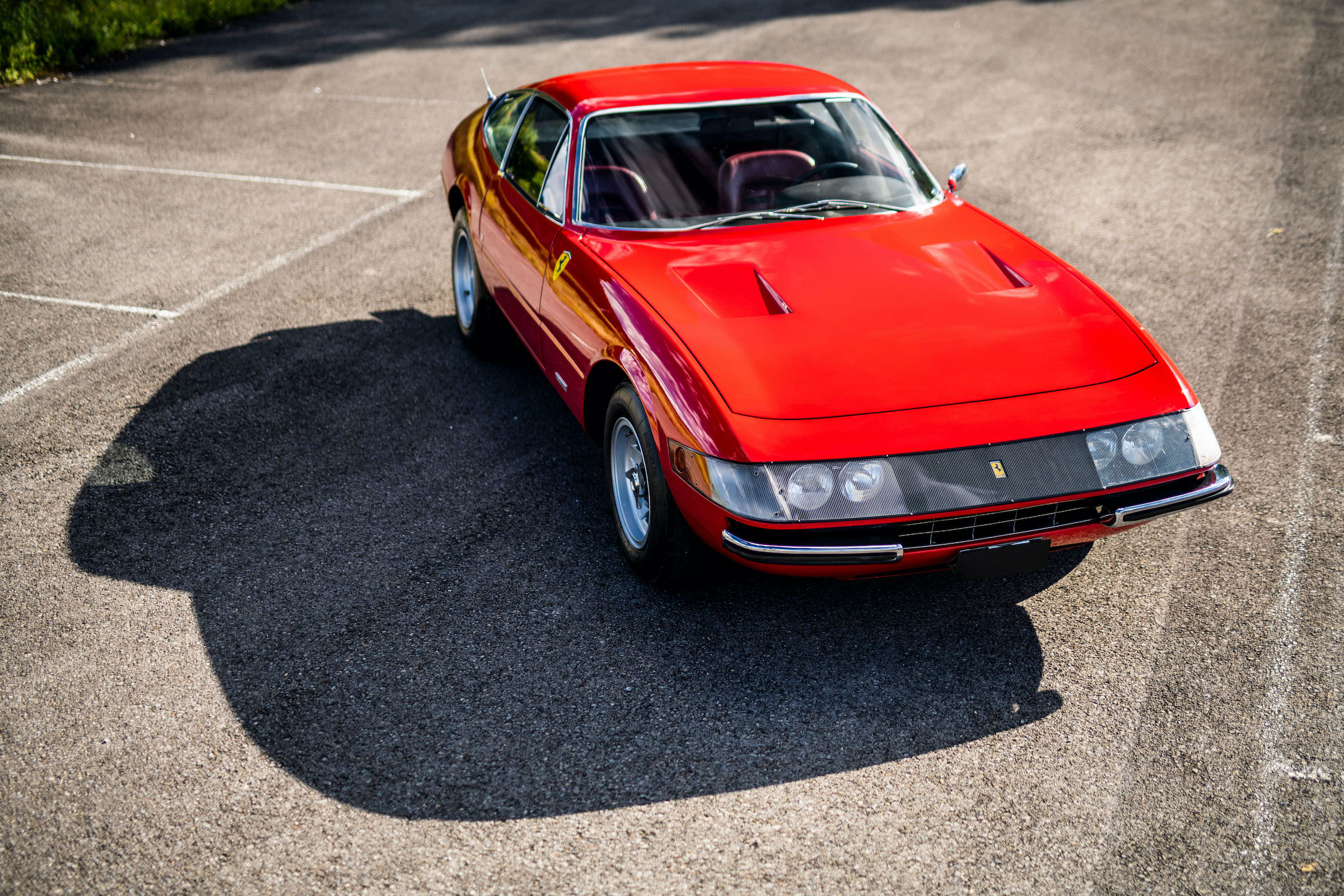