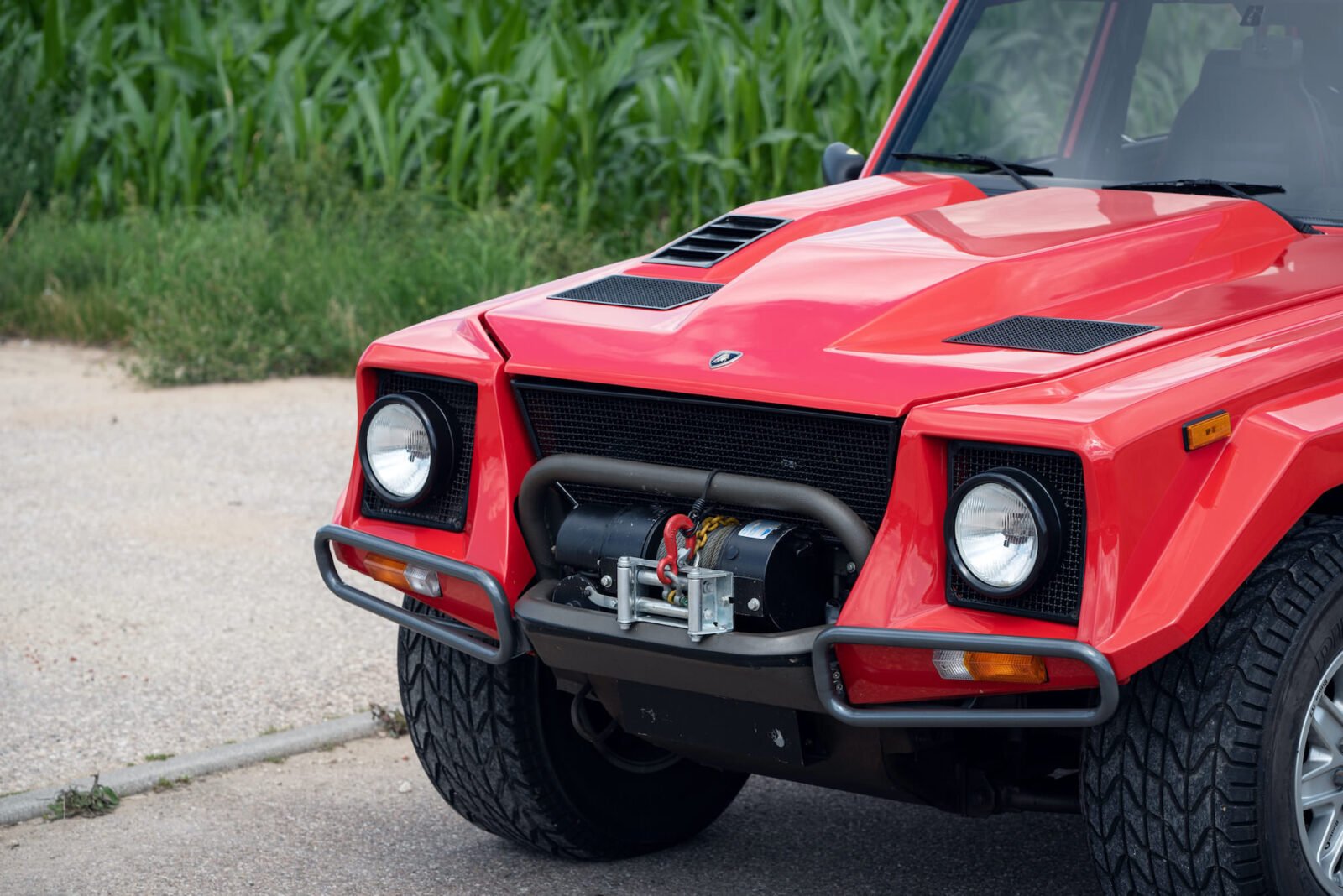 The Lamborghini LM002, frequently referred to as the “Rambo Lambo”, was the world’s first production luxury performance SUV. It was powered by the V12 from the Lamborghini Countach, and despite its prodigious curb weight of 5,720 lbs it could do the 0 to 62 mph sprint in just 7.7 seconds, onto a top speed of 118 mph.

Luxury 4x4s were nothing new when the Lamborghini LM002 was released in 1986, the Range Rover had been released all the way back in 1969 after all. What the LM002 brought to the table was genuine performance, its 444 hp 5.2 litre Countach V12 was leagues ahead of anything else in the world as is explained by this period review by Brock Yates.

Skipping forward to the year 2020 and luxury performance SUVs are a common sight on the road, Lamborghini have their own Urus which competes with similar offerings from Porsche, Mercedes, BMW, Aston Martin, Bentley, Rolls-Royce, Jaguar, and others. 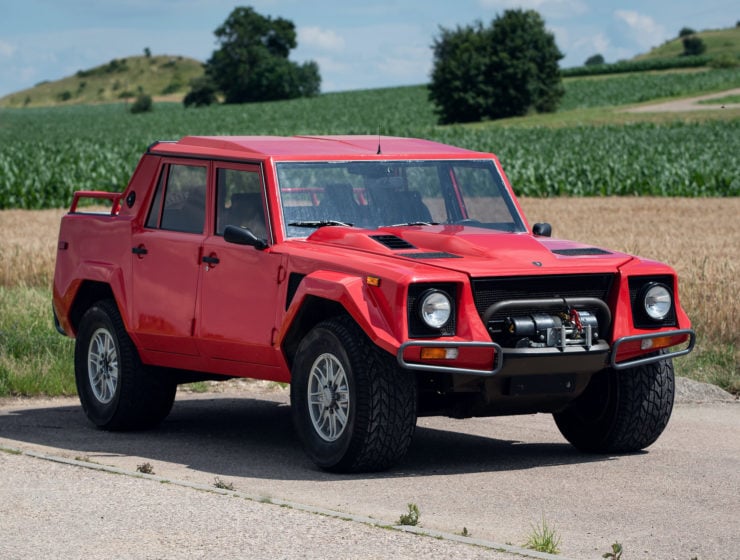 When it was released in the mid-1980s the LM002 sent shockwaves around the motoring world and hundreds of orders were received from the world’s millionaires and billionaires – including many from the Middle East who needed a way to traverse desert sands in luxury.

The name “LM002” stands for “Lamborghini Militaria Version 2”, there had been an earlier LM001 as well as the Lamborghini Cheetah. Both of these earlier prototypes relied on rear-mounted American V8s however the handling was adversely affected and some felt it was beneath Lamborghini to use anything other than one of their own V12s.

Lamborghini engineers developed a new steel tube space frame chassis for the LM002, the body is a combination of fibreglass and aluminum panels but despite the use of these lightweight materials the curb weight was still somewhat hefty at almost 6,000 lbs.

Unlike many four-wheel drive vehicles in the 1980s the LM002 was fitted with fully independent suspension front and rear, consisting of unequal-length control arms and coil springs, and power was sent to the front and rear differentials from a central two-speed transfer case that offered both low and high ranges via the 5-speed gearbox. 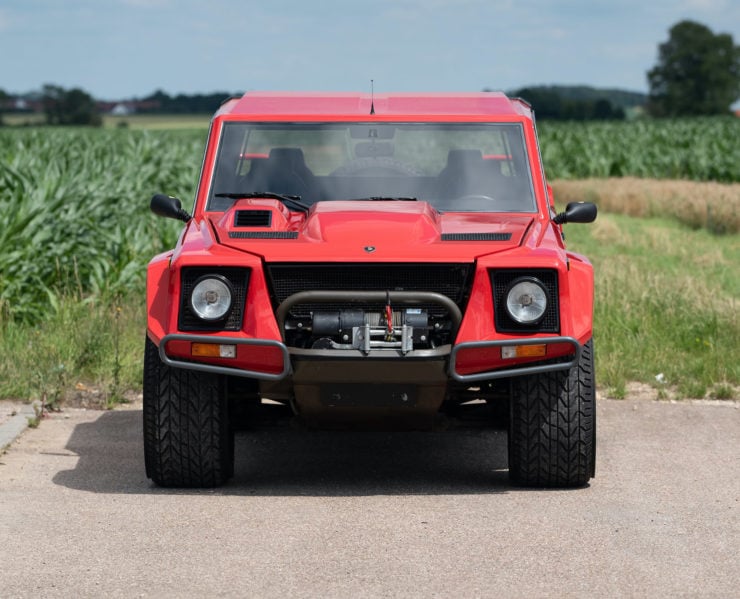 The combination of luxury, power, and tough military-inspired looks won the vehicle fans around the world as well as it’s famous nickname “Rambo Lambo”, likely coined as the Rambo movie franchise released three films in the 1980s and it would have been in the forefront of peoples’ minds.

For those who wanted more power than was offered by the 5.2 litre Countach V12 there was an option to upgrade to the 720 bhp Lamborghini L804 type 7.2 litre marine V12, an engine only typically found in Class 1 offshore racing powerboats. Although clearly enticing this option was only rarely chosen due to the extreme thirst of the larger V12 and its significant added weight over the front wheels.

The Lamborghini LM002 you see here is an all-original, low mileage example with just 3,957 kms on the odometer. It’s a completely unrestored vehicle still wearings its original red paint over its black leather interior, and it’s offered with the Lamborghini manuals and a leather folio.

If you’d like to read more about the vehicle or register to bid you can click here to visit the listing on RM Sotheby’s. 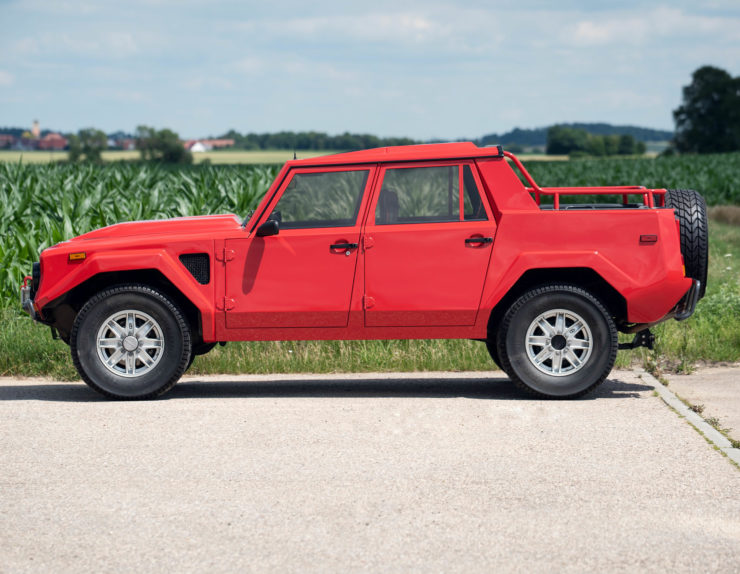 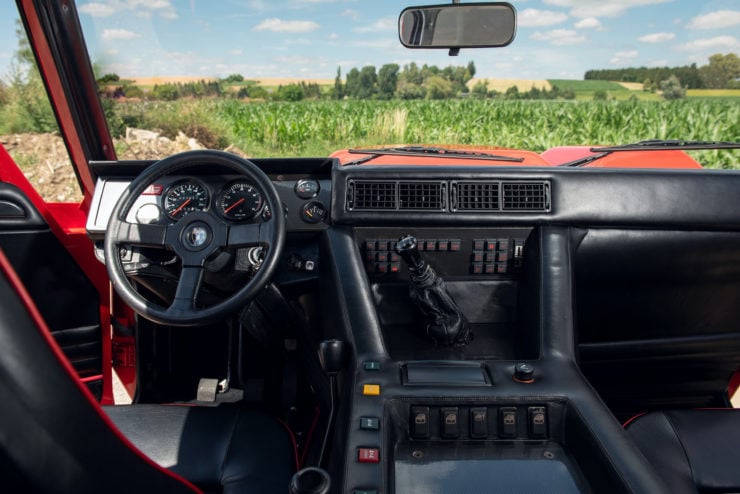 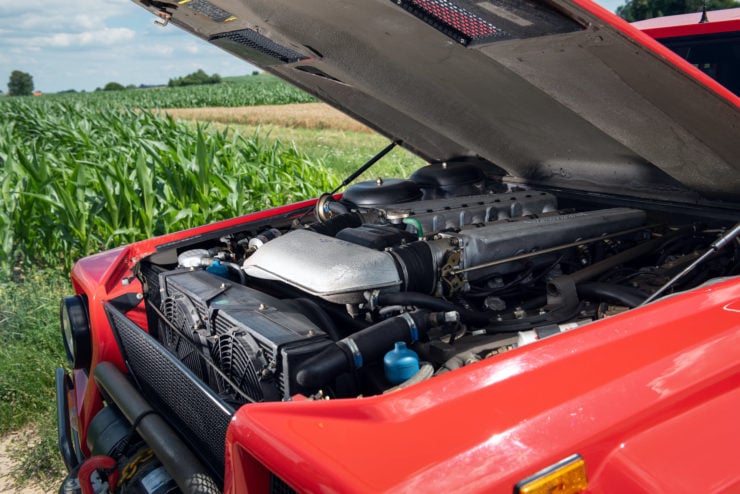 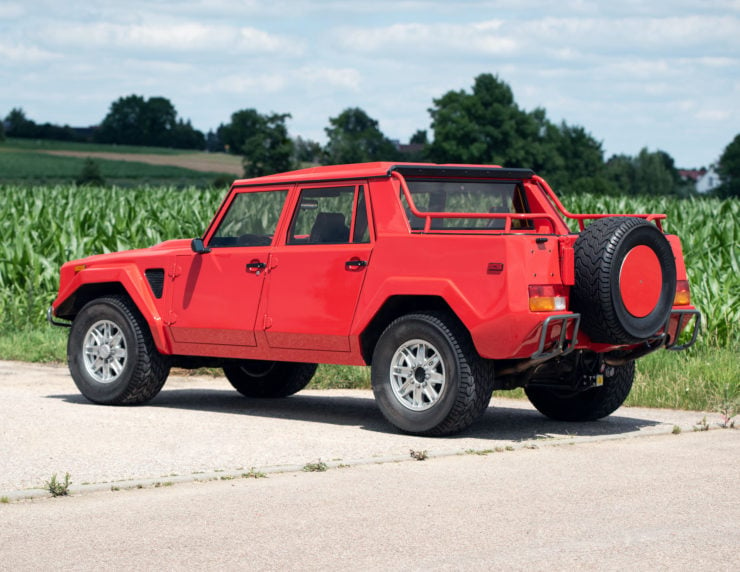 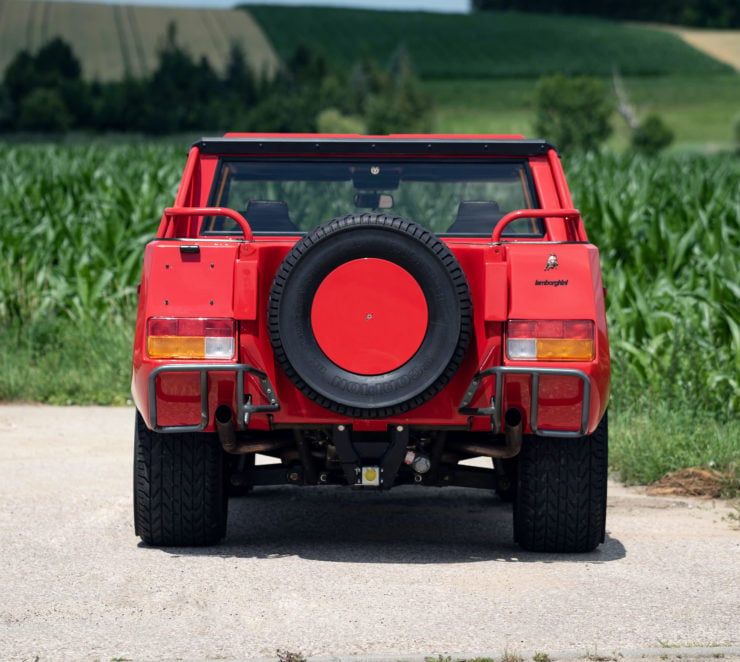 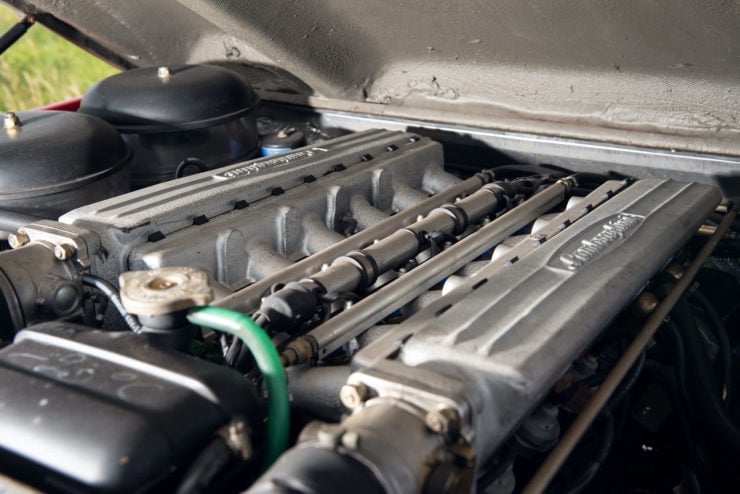 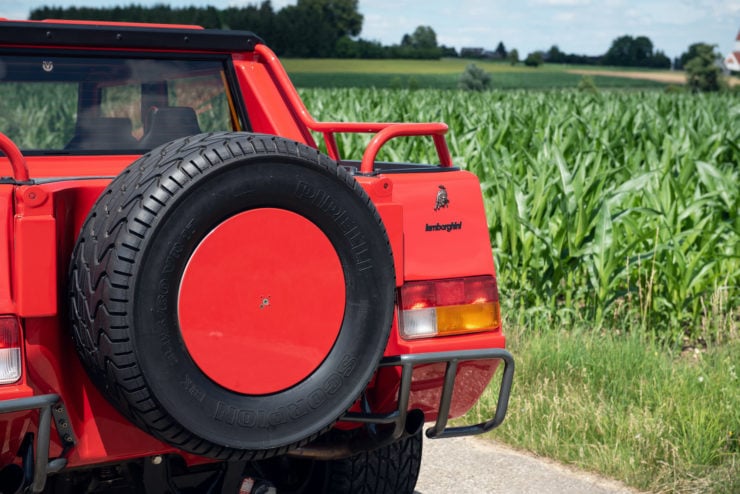 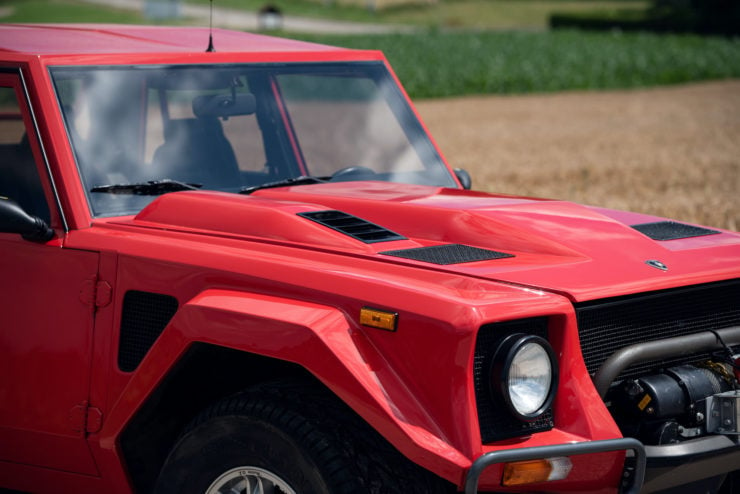 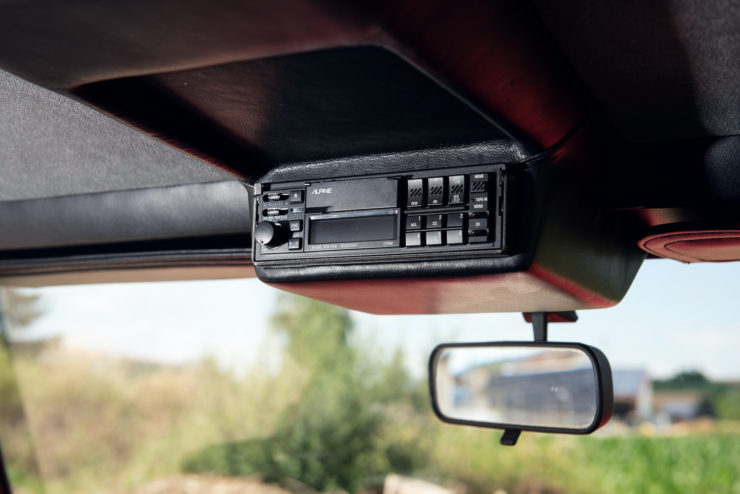 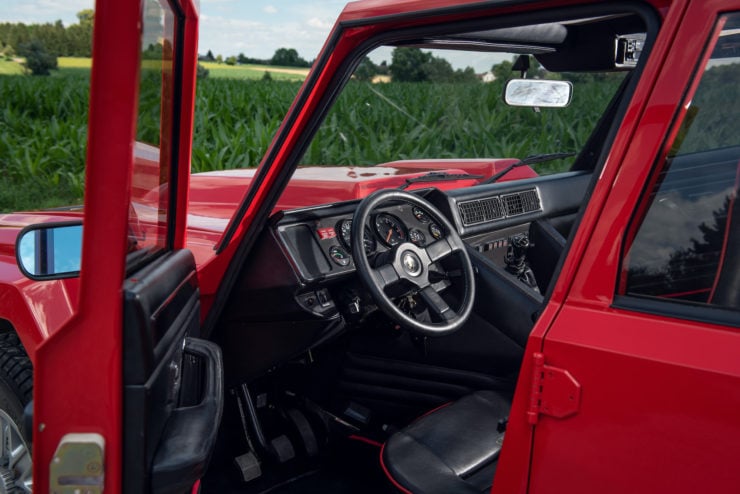 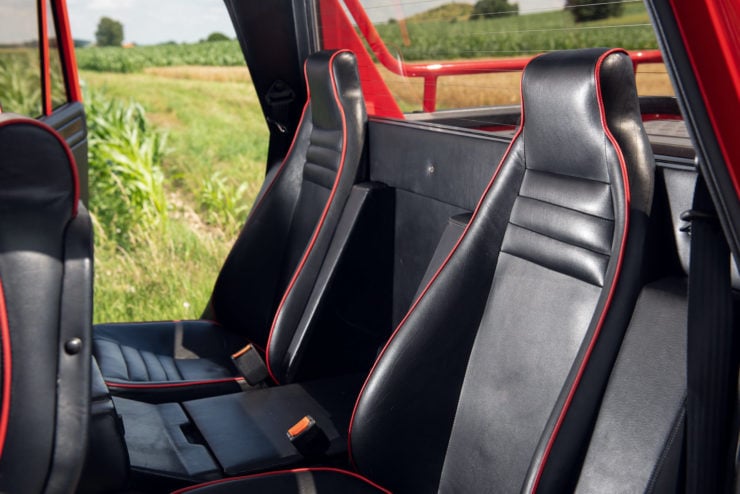 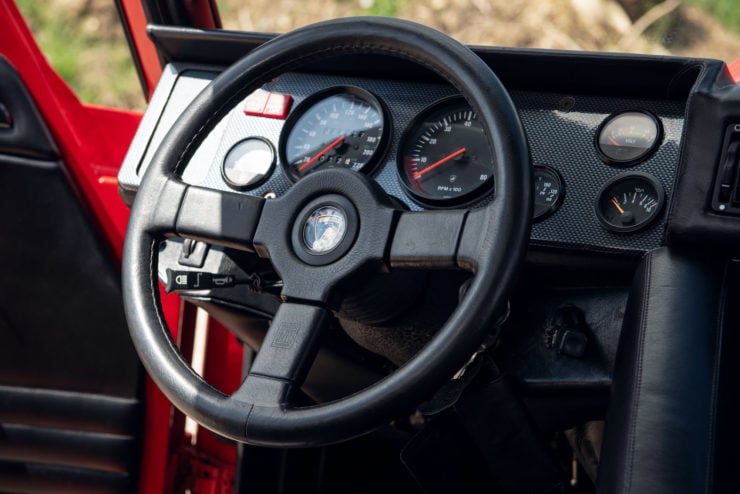 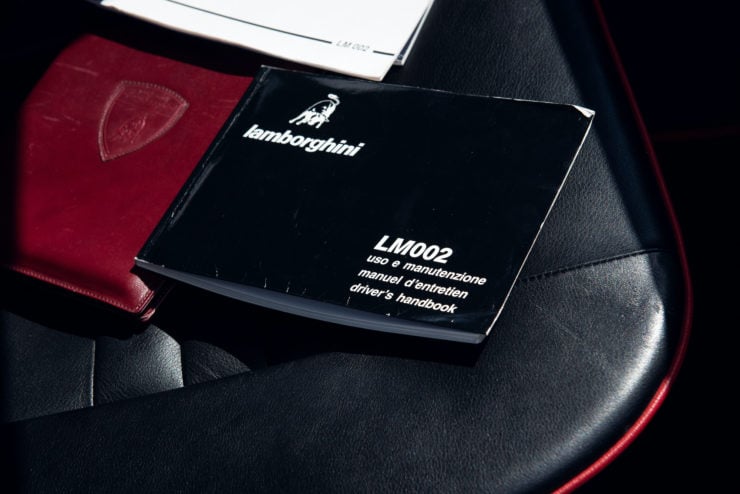 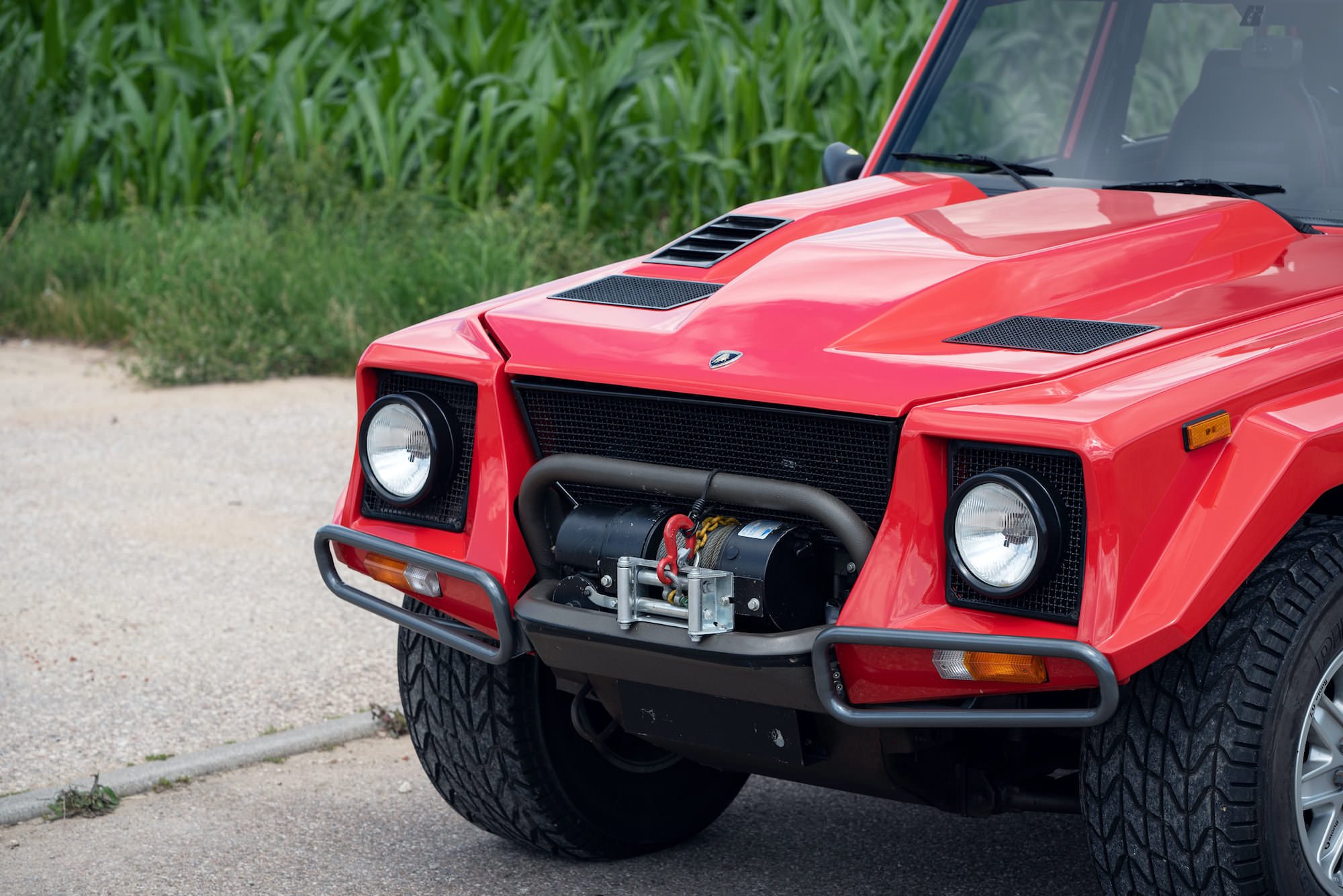