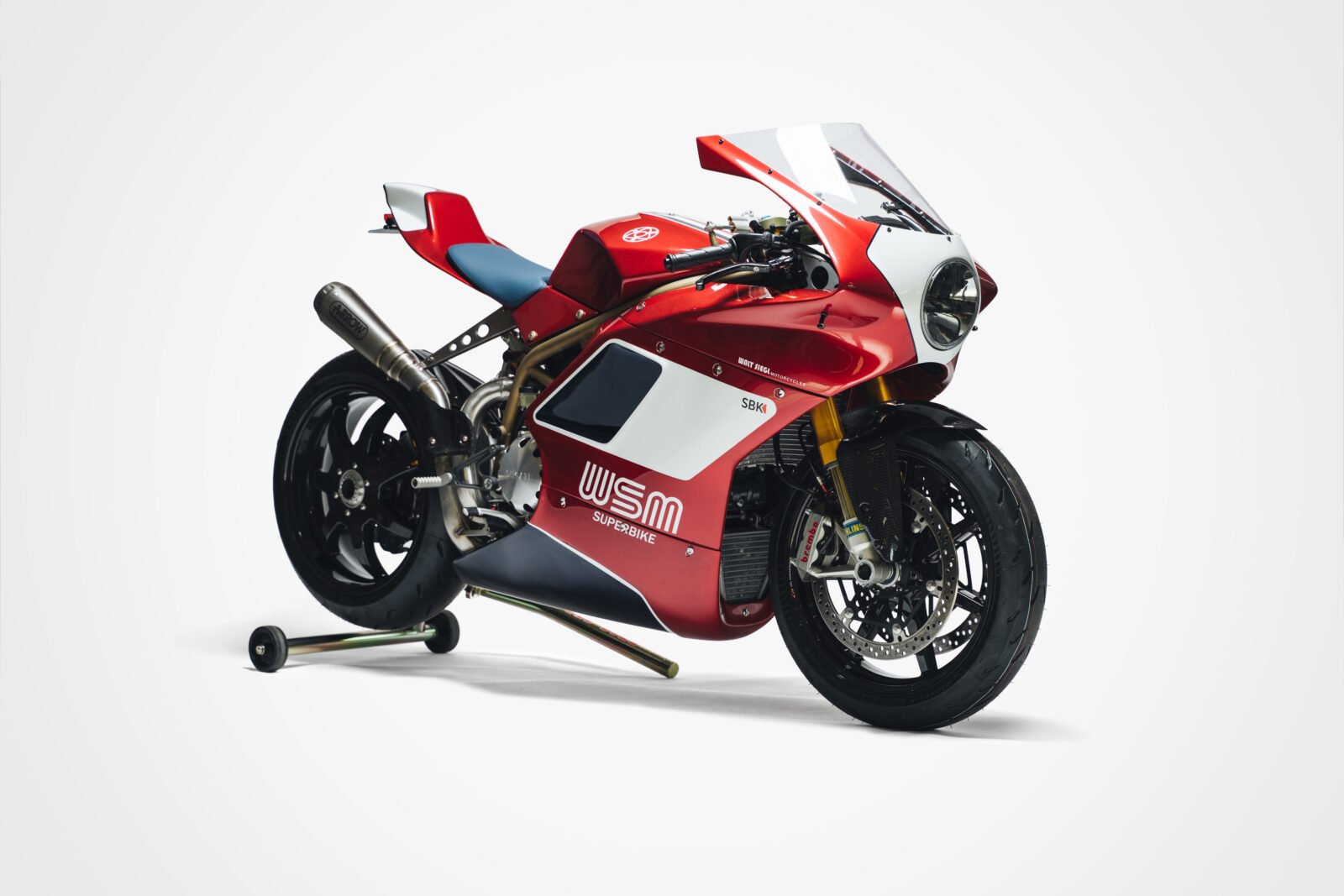 This article was written by Walt Siegl of Walt Siegl Motorcycles. When possible we like to bring you the story of a vehicle in the words of the person who built it, to cut out the middle man and give you direct insight into their thought process and methods.

In fact, I actually used the engine that Bruce Meyers built for my personal SBK (that I never got around to building). I love Ducati’s long stroke motors, but instead of a big monster Corsa engine, I wanted an engine that is as spritely and responsive as possible, matching the lightness and agility of my SBK chassis.

The idea behind the SBK was to build a machine as agile as possible, that steers significantly better than anything you can buy off the showroom floor. Such a bike allows its owner to become a better rider. 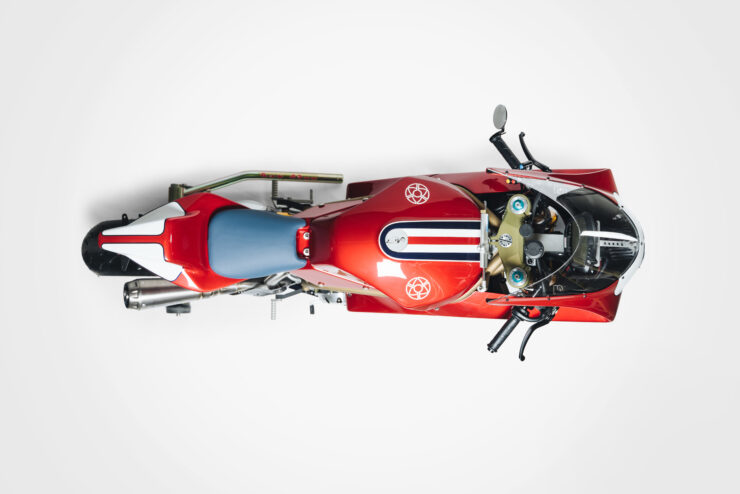 Although he’s often classified as a custom motorcycle builder it’s more accurate to say that Walt is a motorcycle designer. He often designs and builds everything from the frame on up, resulting in an entirely unique bike.

Because riding well and having fun is what it’s all about. High horsepower engines are not necessarily really conducive to having fun.

Suspension is Ohlins all around. Since the bike weighs only 328 lbs wet, the front forks are specially built for the weight of this bike, with lighter springs and custom designed shim stock. The rear shock received the same treatment.

The electronics includes custom made fuel, air delivery, and engine speed map. Traction control and quick shift. I’m always trying to build the perfect machine, but I don’t want to give up the visual clues to the fact that a big part of my bikes are designed by me and built with my hands.

This is always a conversation I have with myself: Which components should carry that visual language of the handmade. I worry sometimes that some streamlined, high-tech looking parts might lose that visual aspect, of all the love and effort that I put into these machines. Also, because of the demands of a race bike, not all components can be made by hand.

The one request the owner had was color choice. He sent me a picture of a Ferrari SP2 painted in a limited color. It’s always a bit tricky to try to transfer color combinations that work on a car onto motorcycles. It’s not always successful. 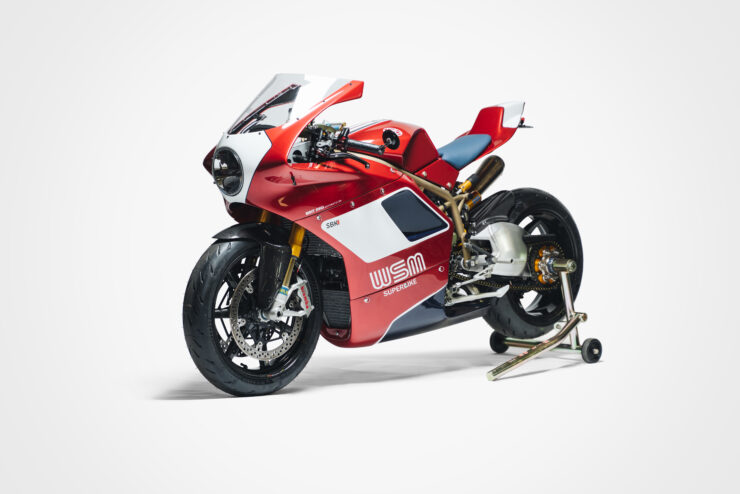 Cars, with their big panels, reflect light and show shadows much differently than on bikes, since bikes have much more intricate surfaces. But it was definitely a risk worth taking, and I think it really works for the SBK. 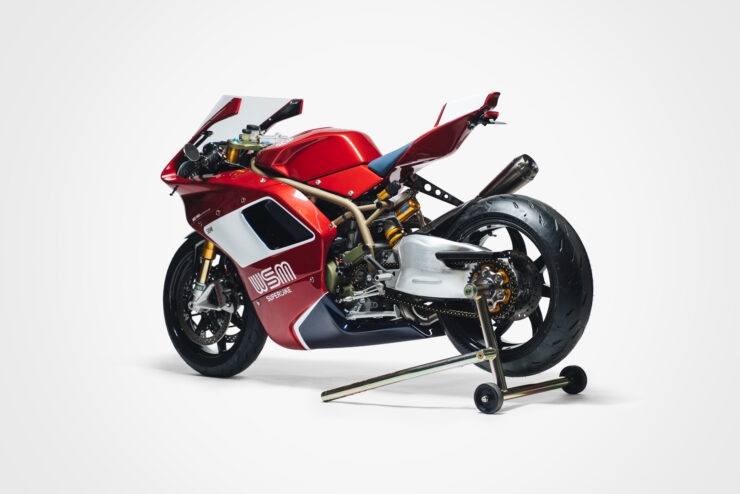 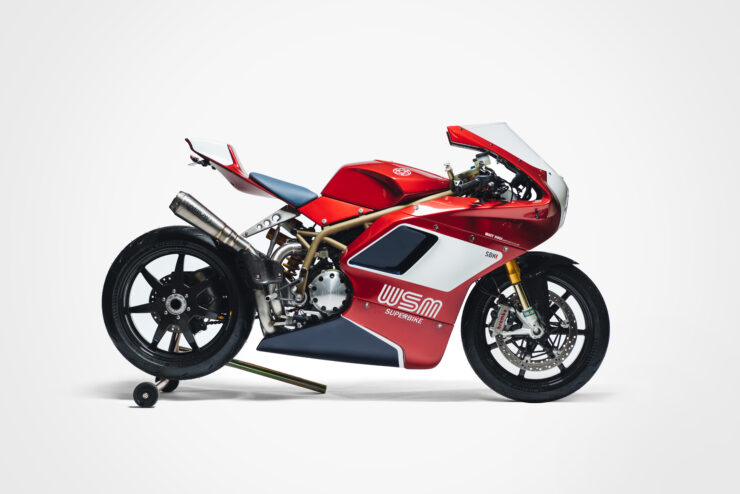 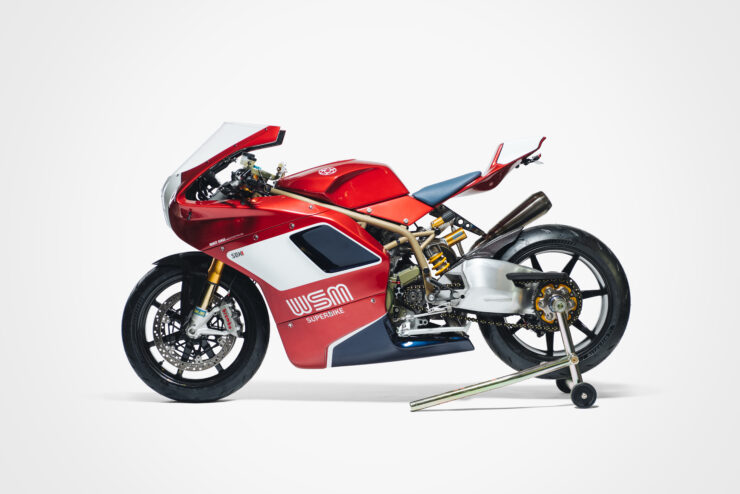 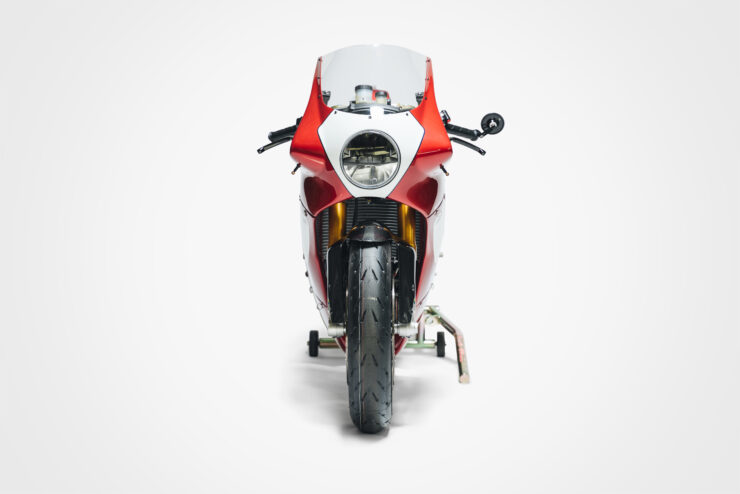 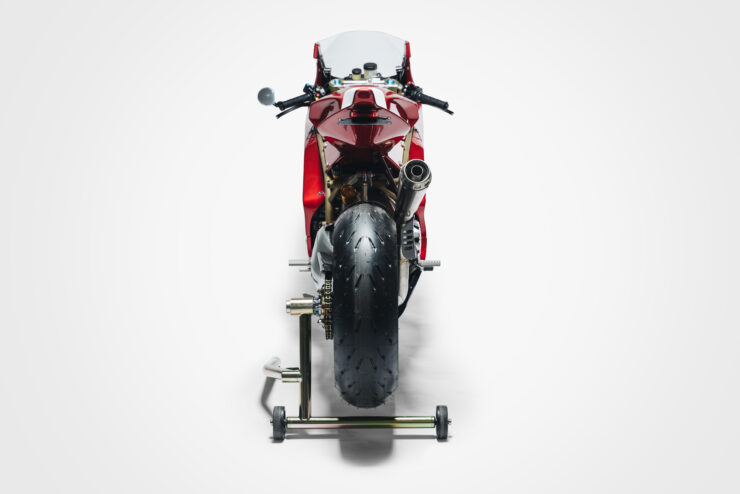 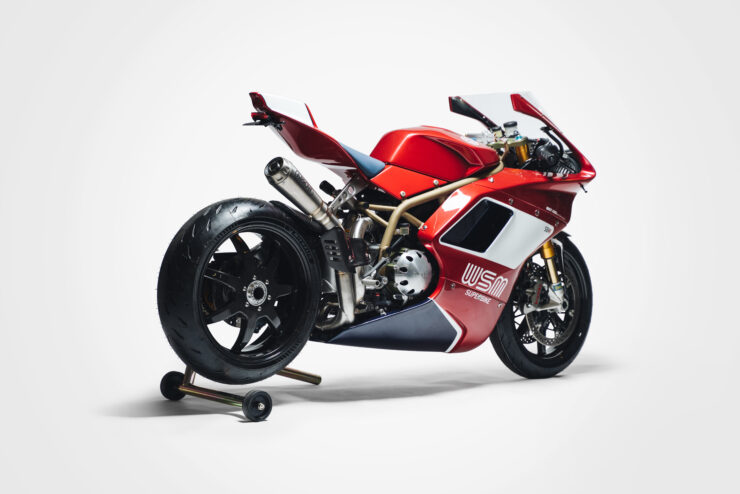 Published by Ben Branch - October 22nd 2021
Related Posts
A 1968 Fuji Go-Devil: The Folding Motorcycle That Fits In A Suitcase