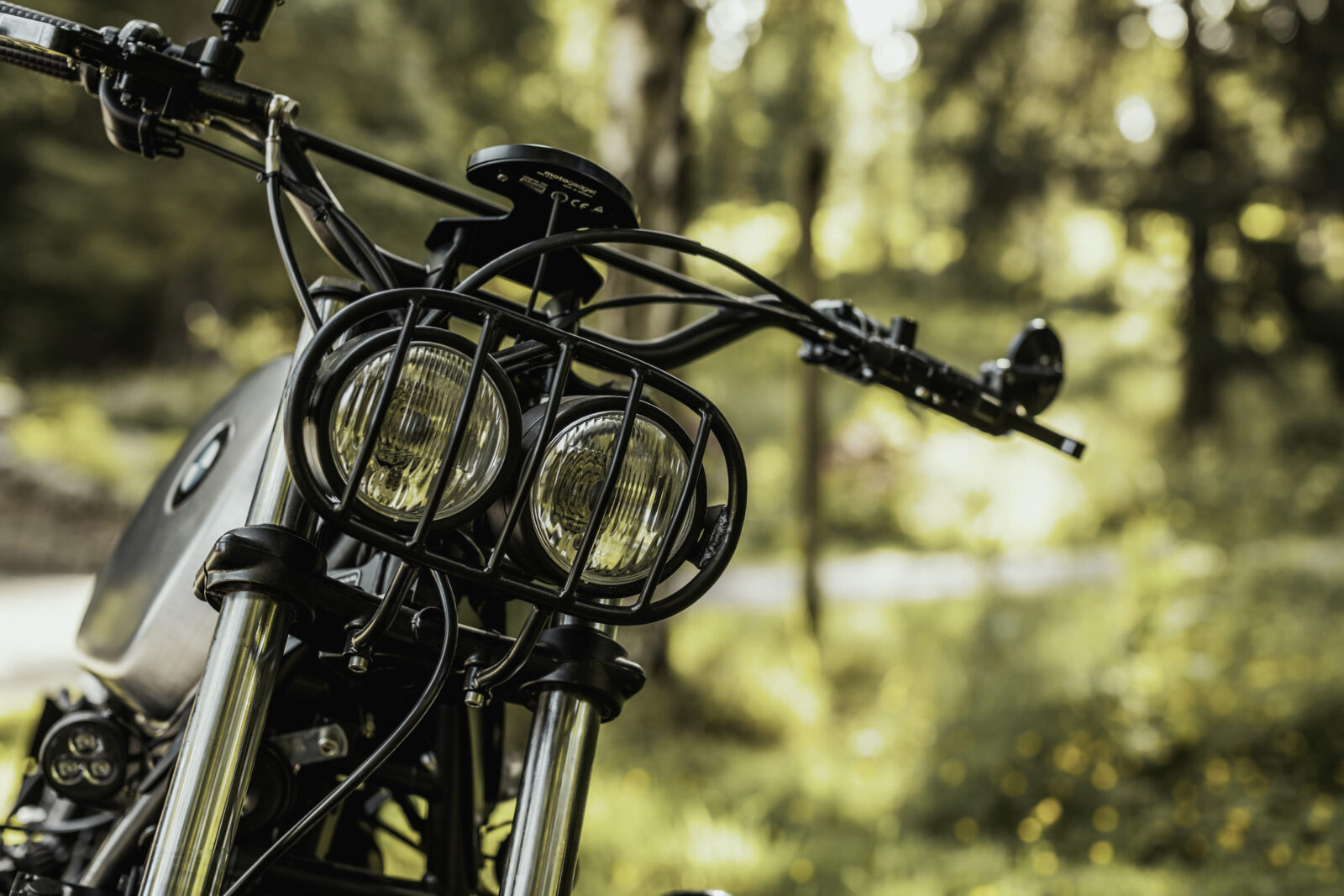 The BMW R80 RT was released in 1982 as a road touring motorcycle fitted with the Paris-Dakar Rally winning BMW type 247 engine and drivetrain.

From a road touring perspective, the BMW R80 RT was one of the best options in the world at the time. A version of the desert rally proven engine was fitted to a road-going frame, with road-specific suspension and brakes, and a wind tunnel developed aerodynamic fairing.

It might not have had the complexity and modernity of its Japanese rivals, but the model’s simplicity and hardiness have seen them outlive many (if not most) of their competitors. BMW built the R80 RT in two major versions, the twin shock model between 1982 and 1984, and the more famous “monolever” with a single-sided swingarm between 1985 and 1995.

The engines in the BMW type 247 series shared many parts, to the point that many of the smaller-capacity models have had barrel, piston, and head upgrades to boost power. When it comes to heritage, the type 247 is one of the icons of its age, and it’s become a favorite in recent years with custom motorcycle builders with an understanding of its history, and its historic significance. 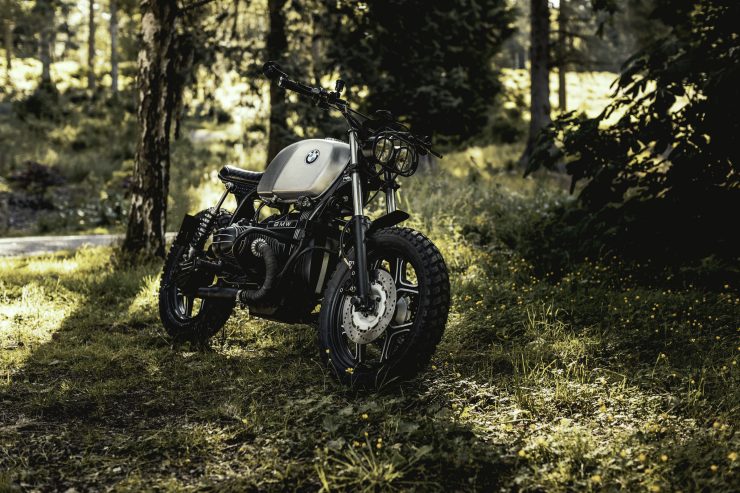 The R80 RT you see here is the work of Scottish custom motorcycle garage JM Customs, run by the two man team of James Moir (lead designer) and Chris Burnett (lead mechanic). When not building customs, James and Chris are a cornerstone of the motorcycle scene in Perth, with a fully equipped service and repair centre, a paint booth, and a custom design and fabrication workshop.

This BMW R80 RT is the latest project from JM Customs, it’s a commissioned build for Jonny, a native of Belfast in Northern Ireland who’d come across their previous builds and contacted them to make him a bespoke street scrambler.

Once a suitable R80 donor bike was sourced and acquired, James and Chris set to work stripping it back to a bare frame before de-tabbbing it and fabricating a new subframe that would accommodate an LED tail light, and a discreet under seat electrical tray to hold a Motogadget M-Unit Blue and a battery. The seat pan was made in-house, then shipped out to Marcel Miller of Miller Custom Upholstery in Holland to have a black leather seat fitted. 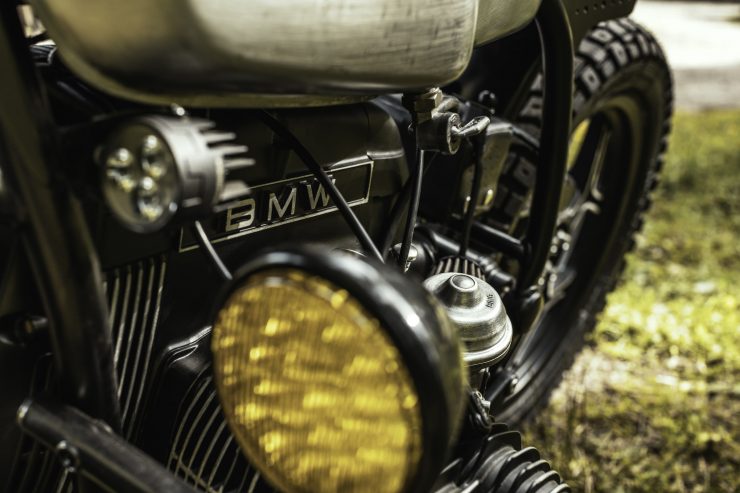 The engine was refurbished with rebuilt heads fitted with new exhaust port threads, and a new clutch kit was installed. Once the engine had been thoroughly cleaned it was repainted in black, then the outer edges of the fins were sanded back, this would be done to the alloy wheels as well to give the bike contrast between its darker and lighter elements.

Attention now turned to the fuel tank and fenders. The tank was in surprisingly good condition, so they decided to give it a brushed metal finish with a clear coat for protection, and finished it off with new badges and a gas cap from Old Iron Engineering in Germany.

A new front fender was sourced from a 1981 Kawasaki Z1000J and modified to fit, and the discrete rear fender was painted black to match the black and silver color scheme of the build.

The cockpit was fitted with a series of Motogadget parts including the digital speedometer, the mini switches, bar end mirrors, and bar end indicators. A twin Dominator-style headlight was installed behind a protective grill, with further protection in the shape of crash bars being fitted to protect the heads in the advent of an accident.

The bike was finished off with a pair of chunky Heidenau K60 Scout tires, and it’s now been delivered to its loving owner in Belfast. If you’d like to see more from JM Customs you can click here to visit their Facebook Page. 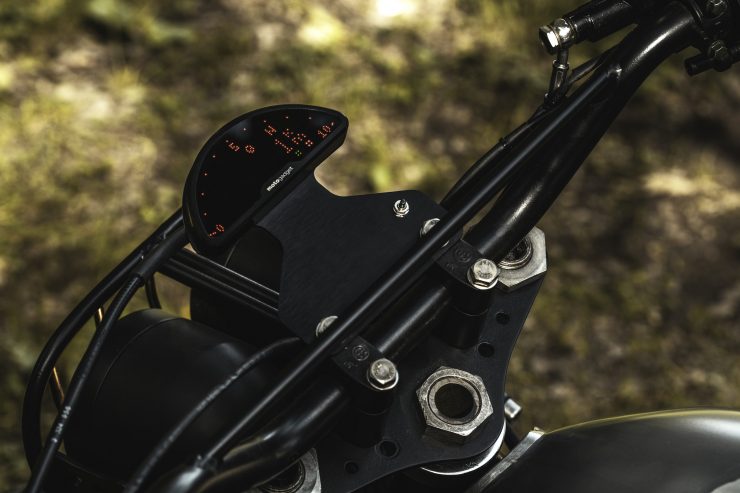 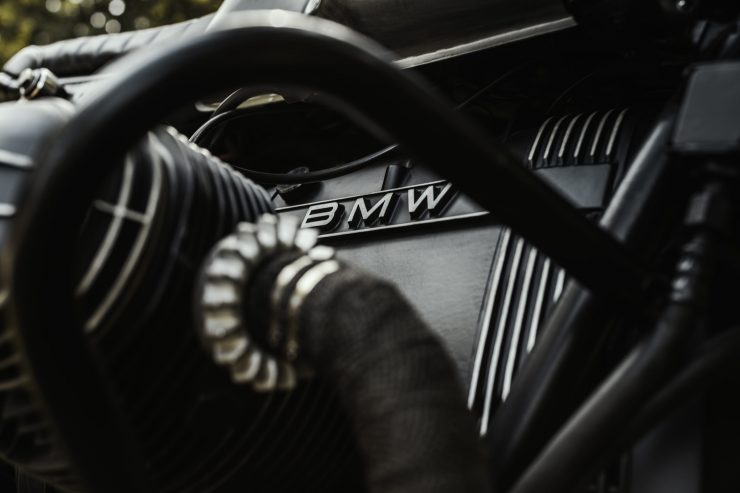 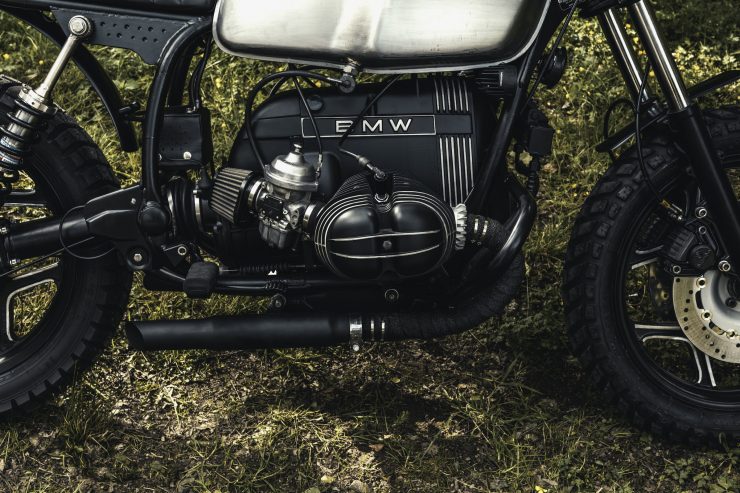 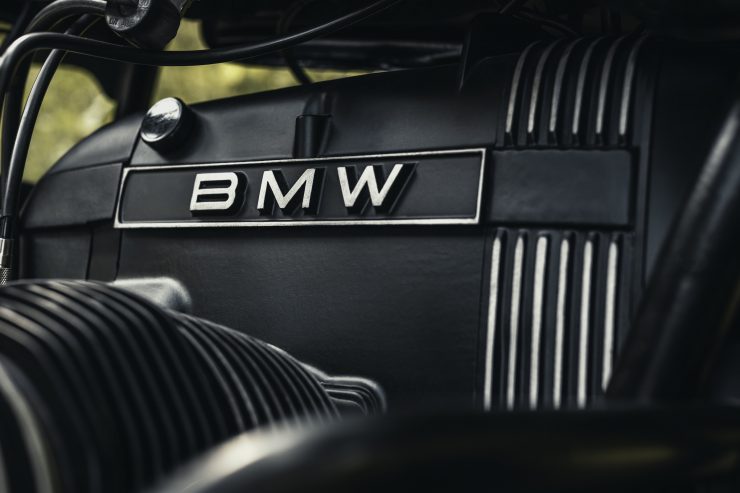 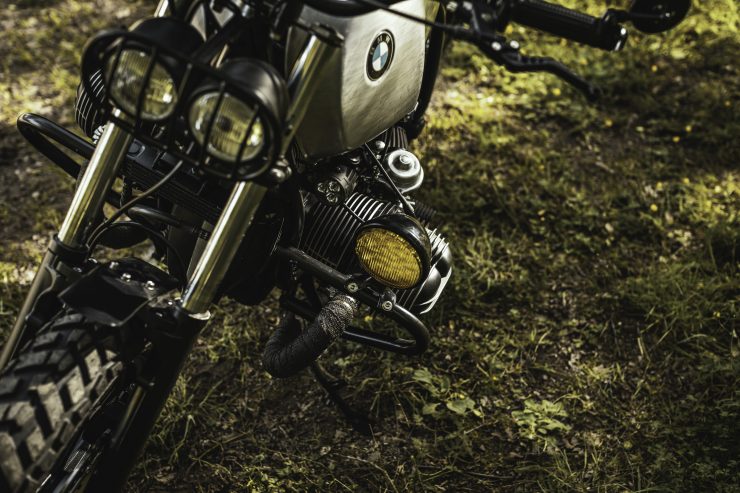 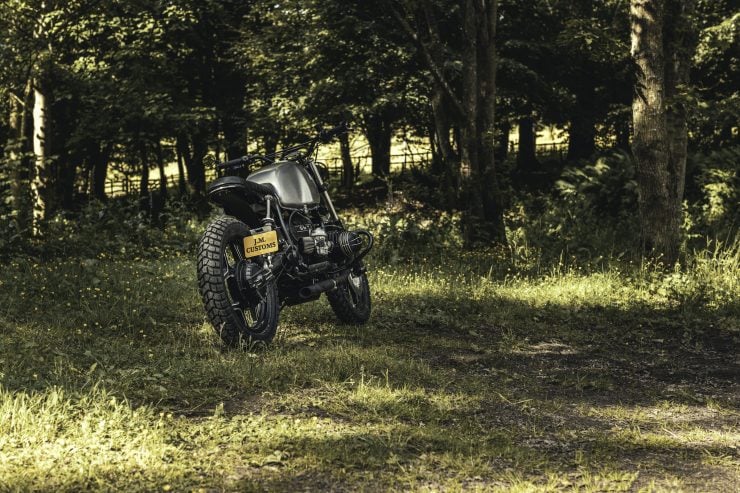 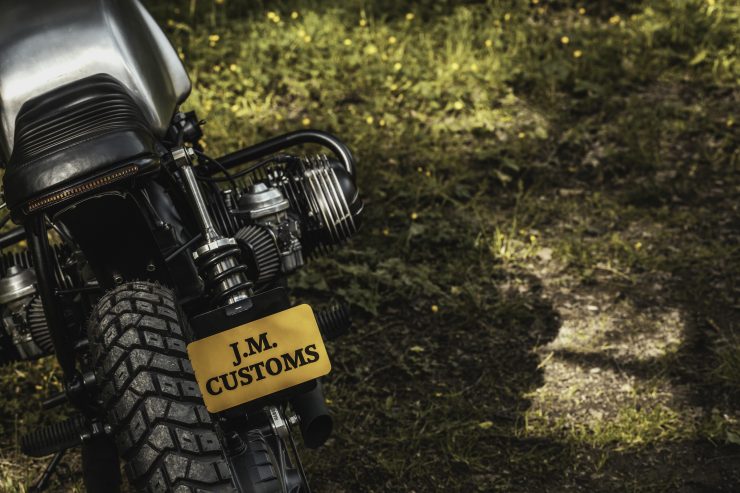 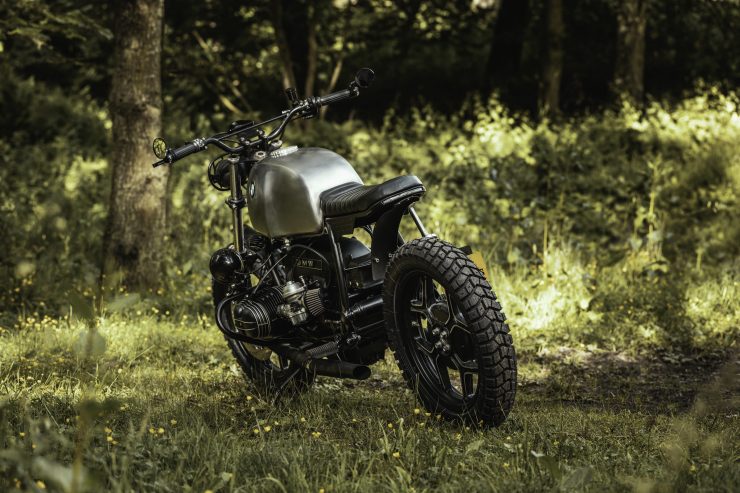 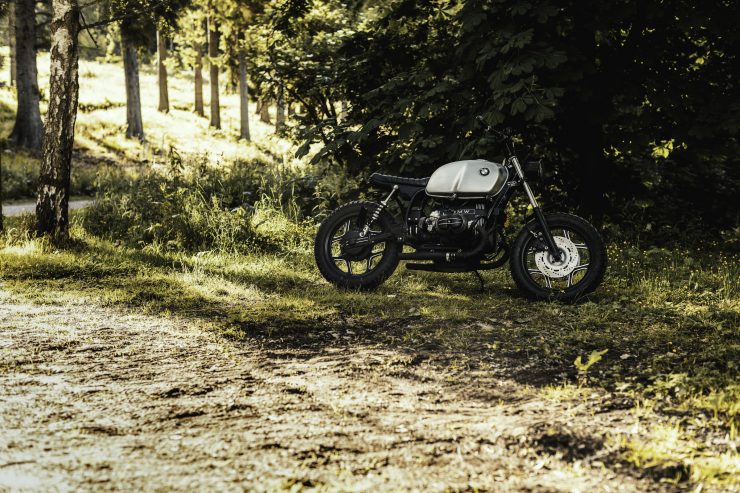 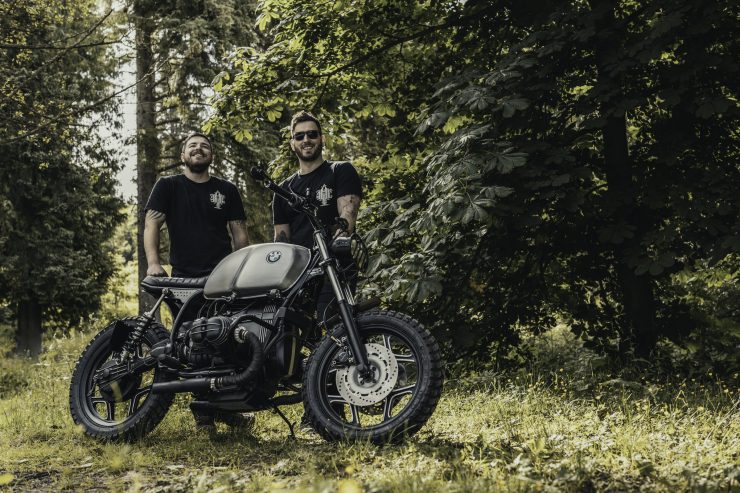 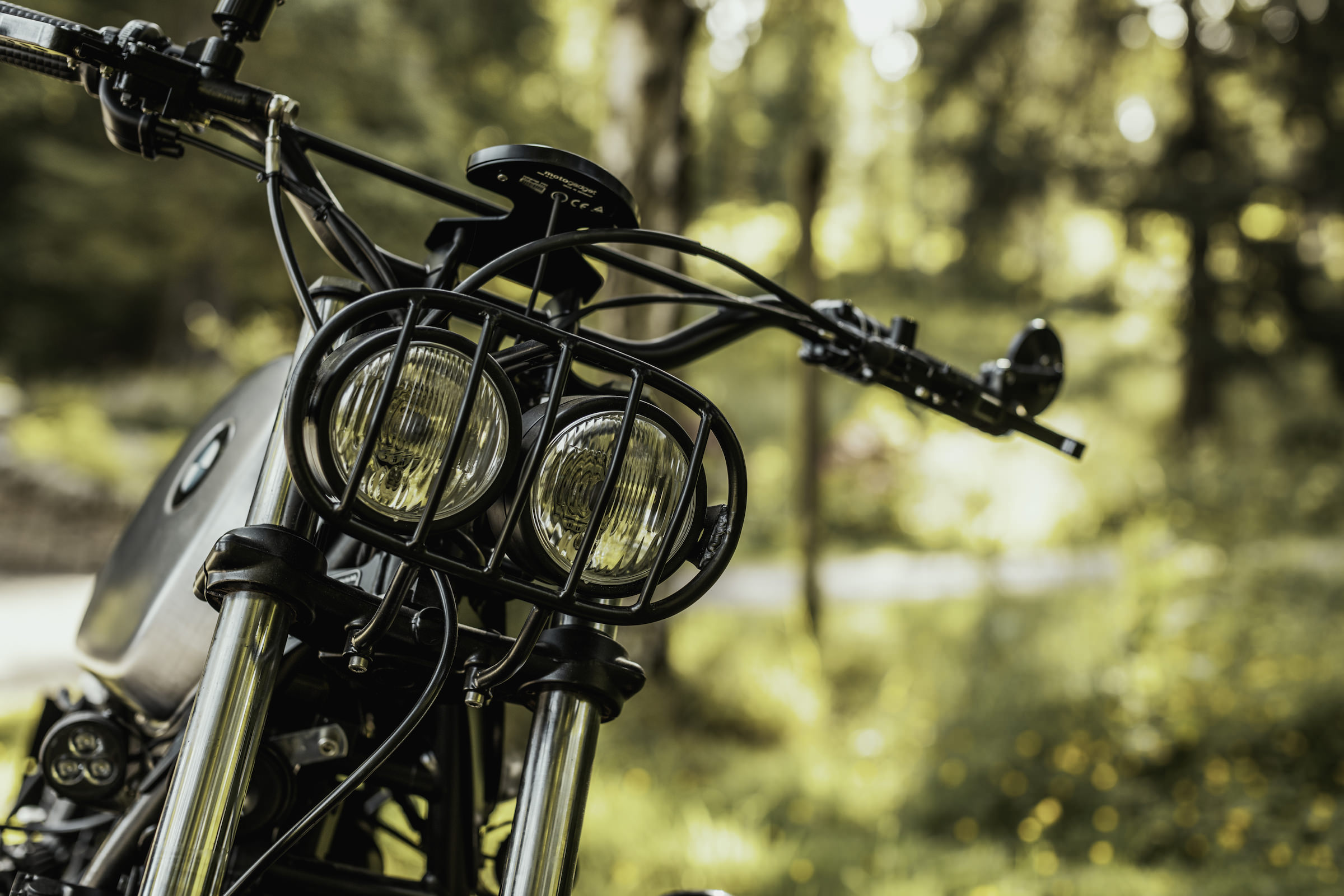