Original Dambusters Print – Signed by Members of the 617 Dambusters’ Squadron 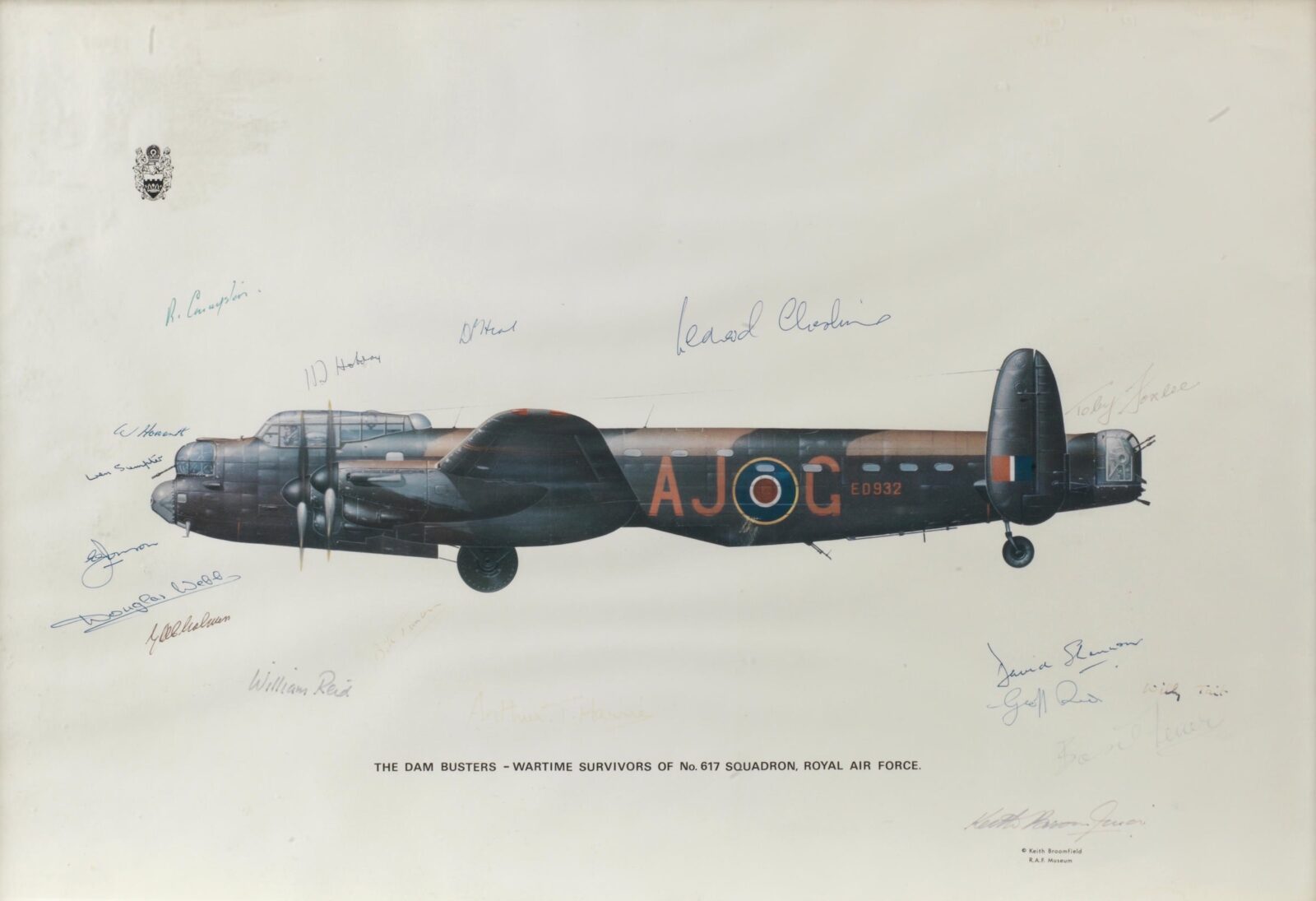 The story of the Dambusters has become legendary, officially known as Operation Chastise, it was an attack on German dams using bombs that bounced across the water (like a stone skipping on a lake) until they hit the dam wall, detonated, and caused catastrophic damage.

The dams were vital parts of the German war machine, they provided hydroelectric power, drinking water, pure water for steel-making, and water for a canal transport system.

The assistant chief designer at Vickers, Barnes Wallis, had an idea to develop a cylindrical bomb that would be spun in reverse at 500 rpm and then dropped from a Lancaster bomber from a specific altitude above the water at a specific height.

If done correctly, the Dambuster bomb would bounce along the smooth surface of the water, hit the dam wall, and then drive itself down the dam wall under the water due to its rapid reverse spin. Despite the extreme difficulty of developing an all new bomb, needing to test it, and needing to have aircraft and crews assigned to it – the mission was an overwhelming success.

The print you see here is an original illustration of by Keith Broomfield of G for George, a Lancaster assigned to the 617 Dambusters’ Squadron. It’s been signed by 16 surviving squadron members as well as the Marshal of the Royal Air Force during WWII – Sir Arthur Travers Harris.

The print measures in at 37 cm x 55 cm, it’s framed and glazed, and it has a laminated certificate applied to the back of frame. 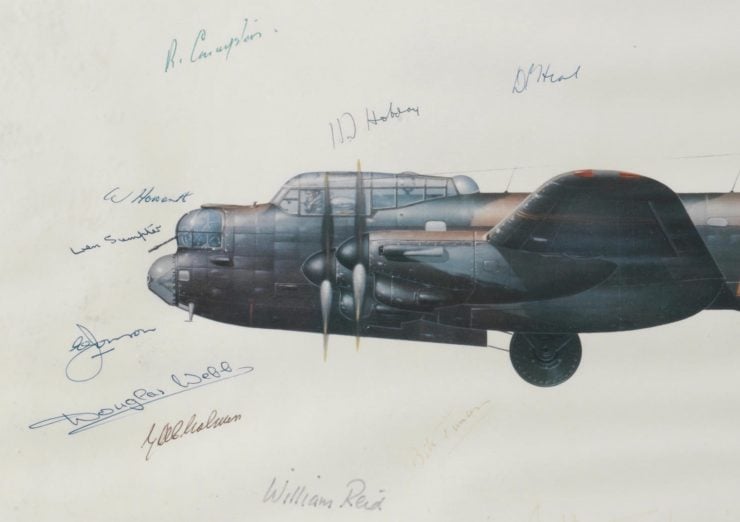 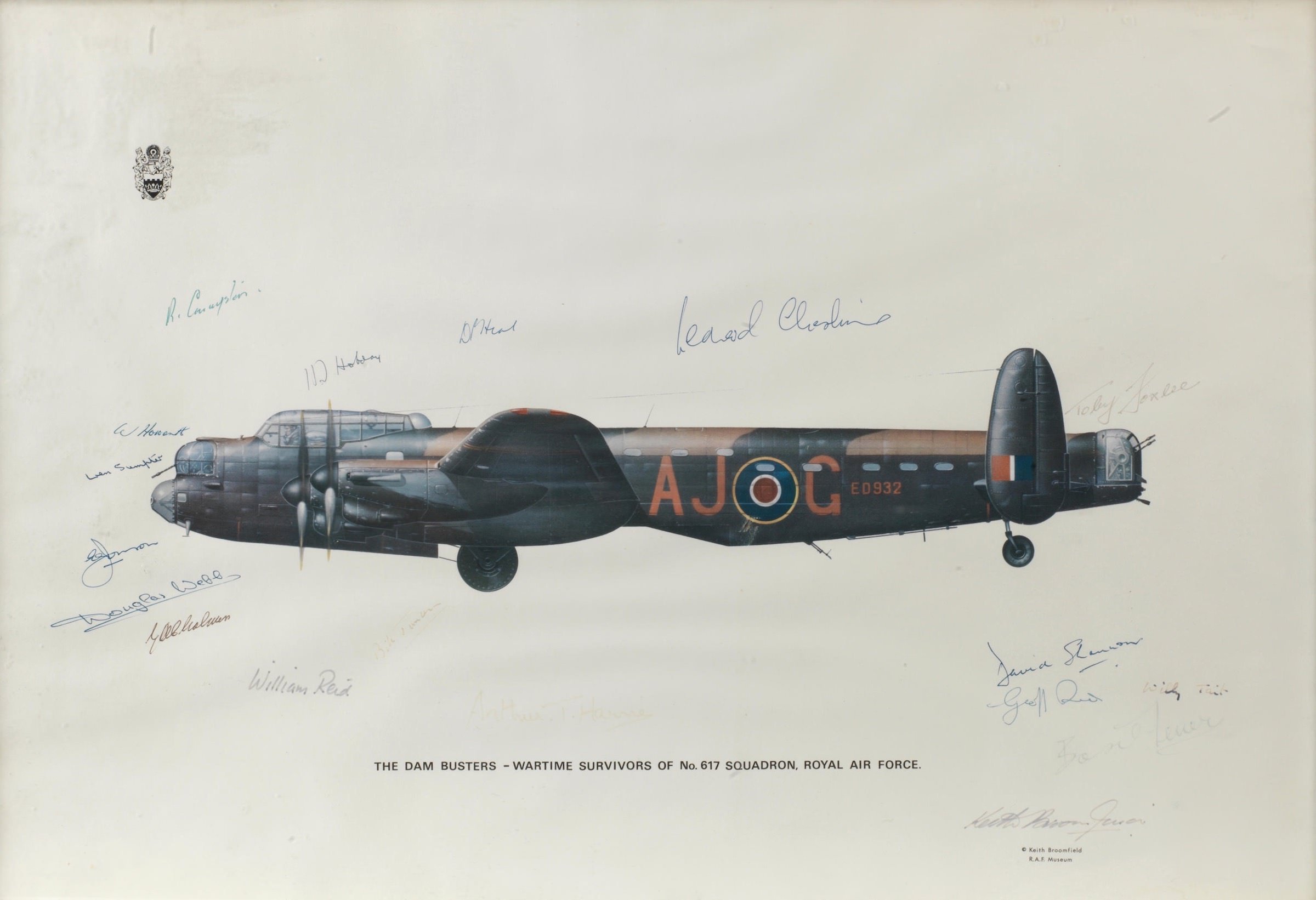