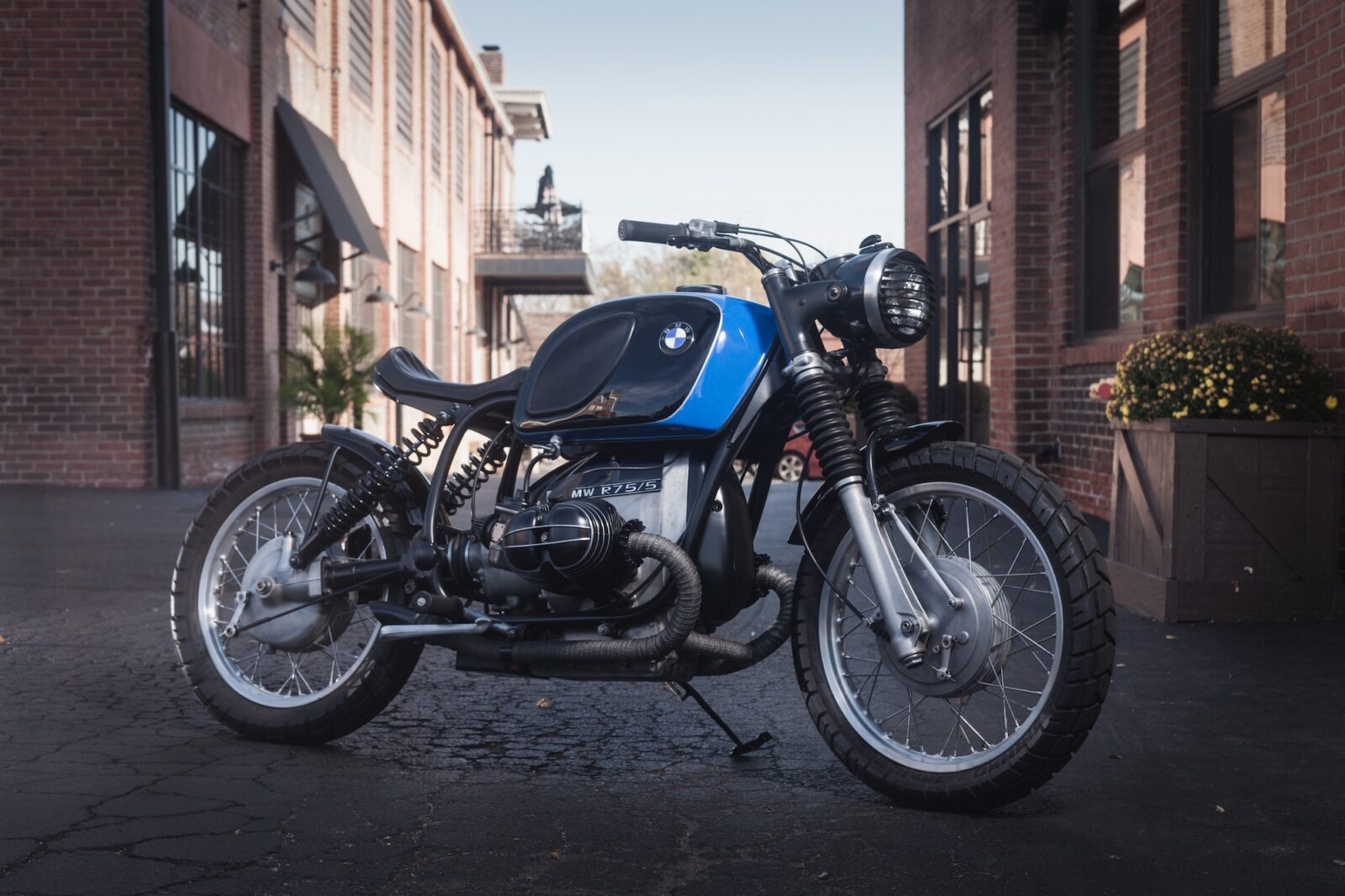 The BMW R75/5 was the top of the line member of the /5 family, with the smaller-engined 50/5 and 60/5 sitting below it in the pecking order. The R75/5 could cheerfully manage 110mph, and its simple, reliable German engineering meant that it was both staggeringly reliable and very much in demand.

With 50hp and 43 ft lbs of torque, the air-cooled boxer twin wasn’t a power house, but whereas many of the comparable Japanese bikes from the era have breathed their last, many of the trusty BMWs are still running in regular service.

This particular BMW R75/5 is a little different today than the day it left the factory in Berlin. Its owner rolled it into Flying Tiger Motorcycles for a bit of work, and before you know it, mission creep had reared its familiar head – and a far more substantial rebuild was undertaken.

The rear frame loop was shortened, and a new set of Progressive shocks were fitted with a forward lean, as opposed to the upright orientation of the originals. The front forks were rebuilt and dropped and inch to slightly firm up the ride, and a set of cropped fenders were fitted front and back.

A new seat pan was fabbed up, and Rich Phillips upholstered a new leather seat to match. The original fuel tank was sent to Liquid Illusions for a full respray, and the engine was removed so the frame could get fresh powdercoating. A top end rebuild was undertaken on the engine to freshen it up, and a new set of seals and gaskets were fitted.

The original pipes were kept, exhaust wrap was added and a set of small mufflers were used in place of the larger original units. A single bar-end mirror was fitted on the left-hand side, tucked into the end of the new handlebars, and a grill was added over the headlight to compliment the black-on-blue colour-scheme.

The completed bike has a distinct bobber feel to it, with thoroughly German underpinnings of course, and it’s now back in the hands of its proud owner. If you’d like to see more from Flying Tiger Motorcycles you can click here to visit their official website. 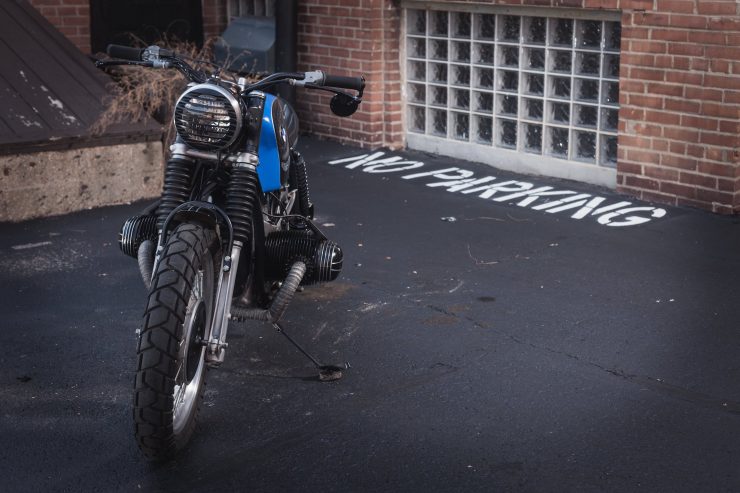 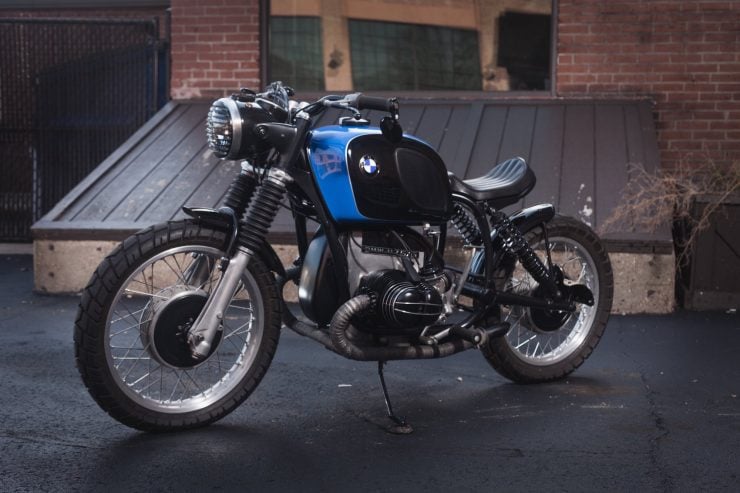 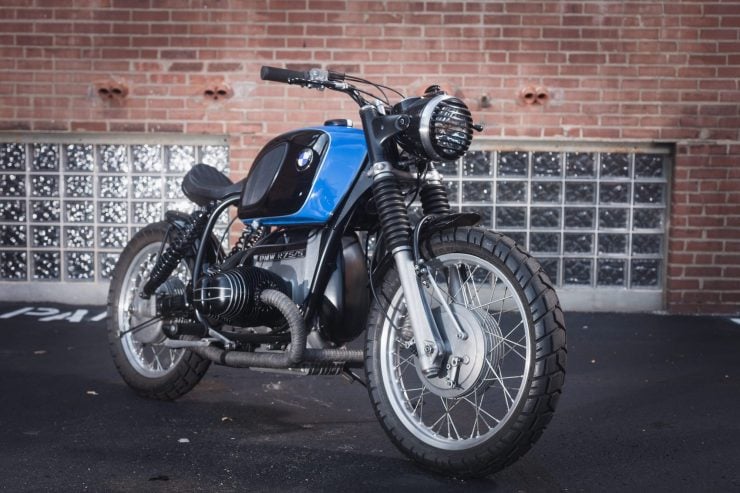 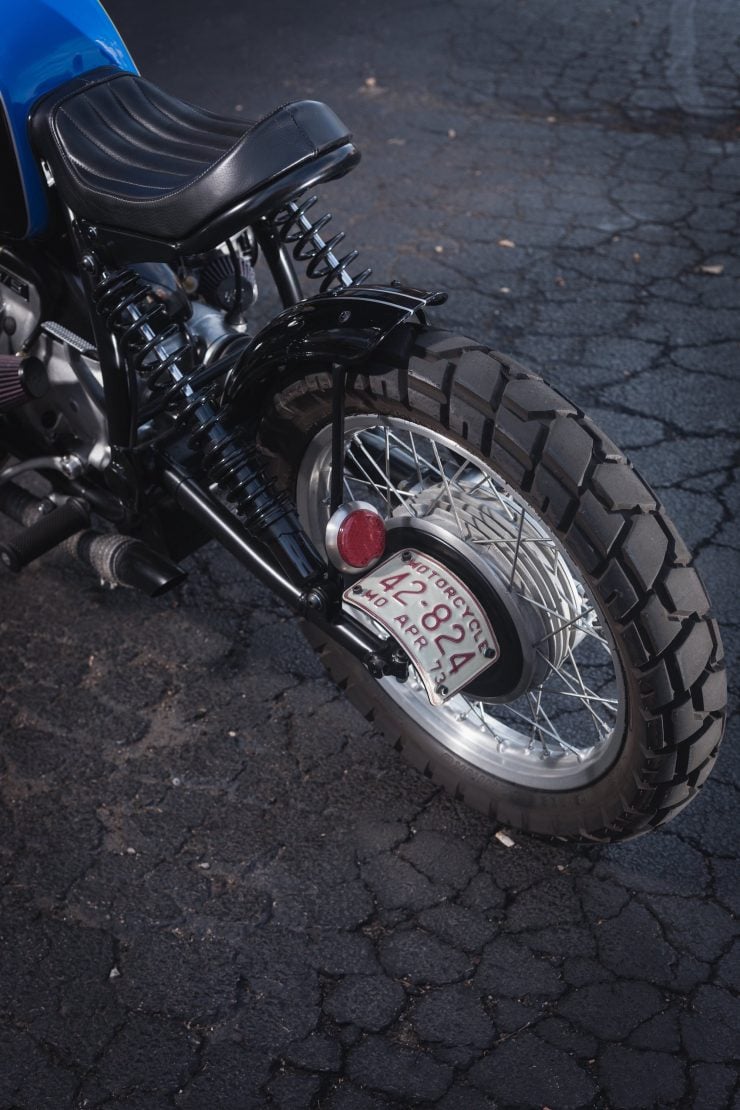 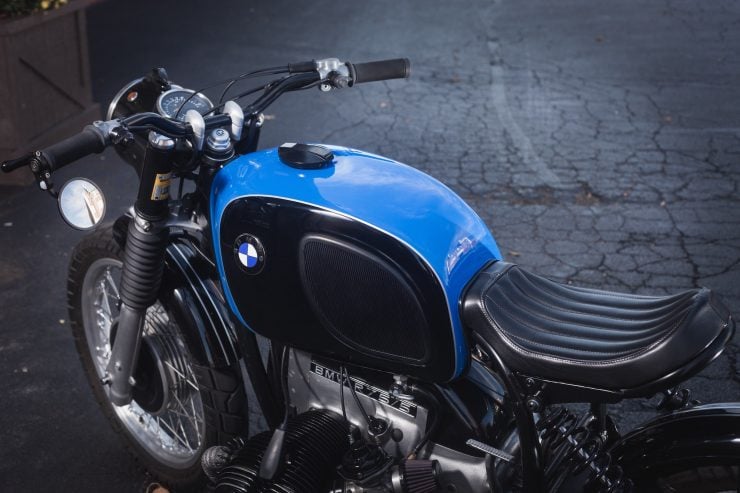 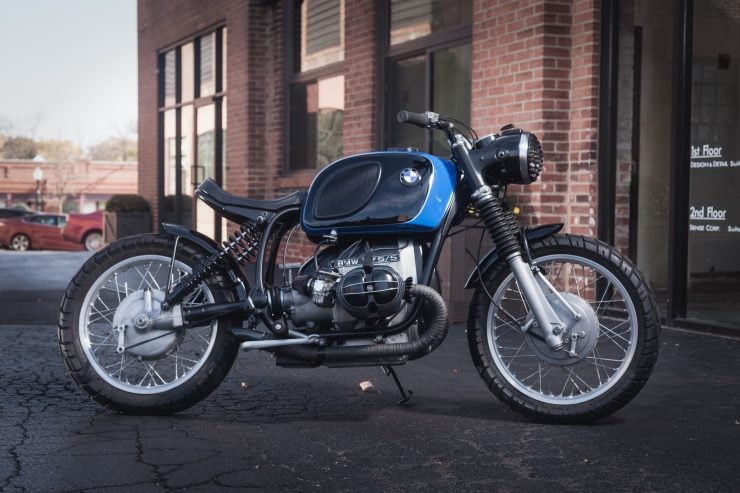 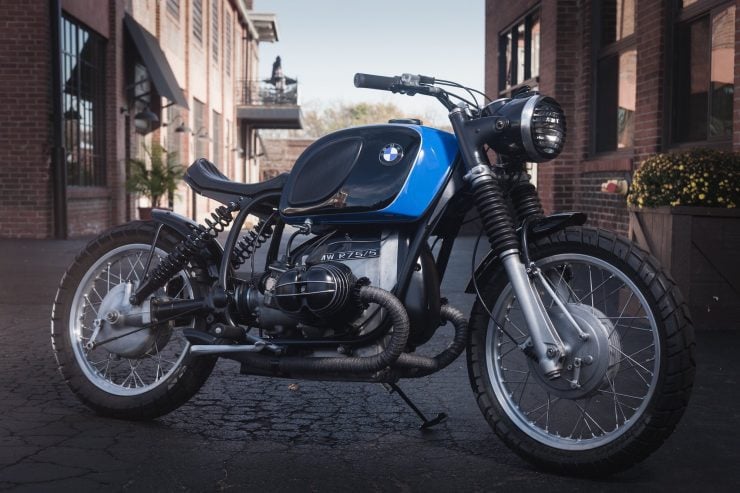 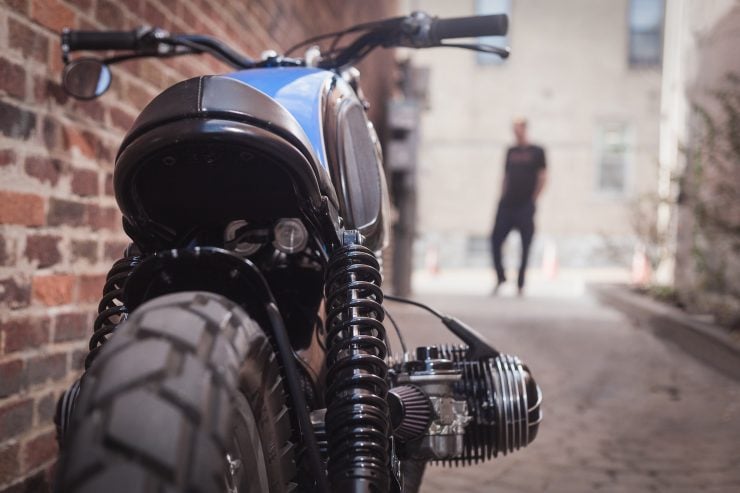 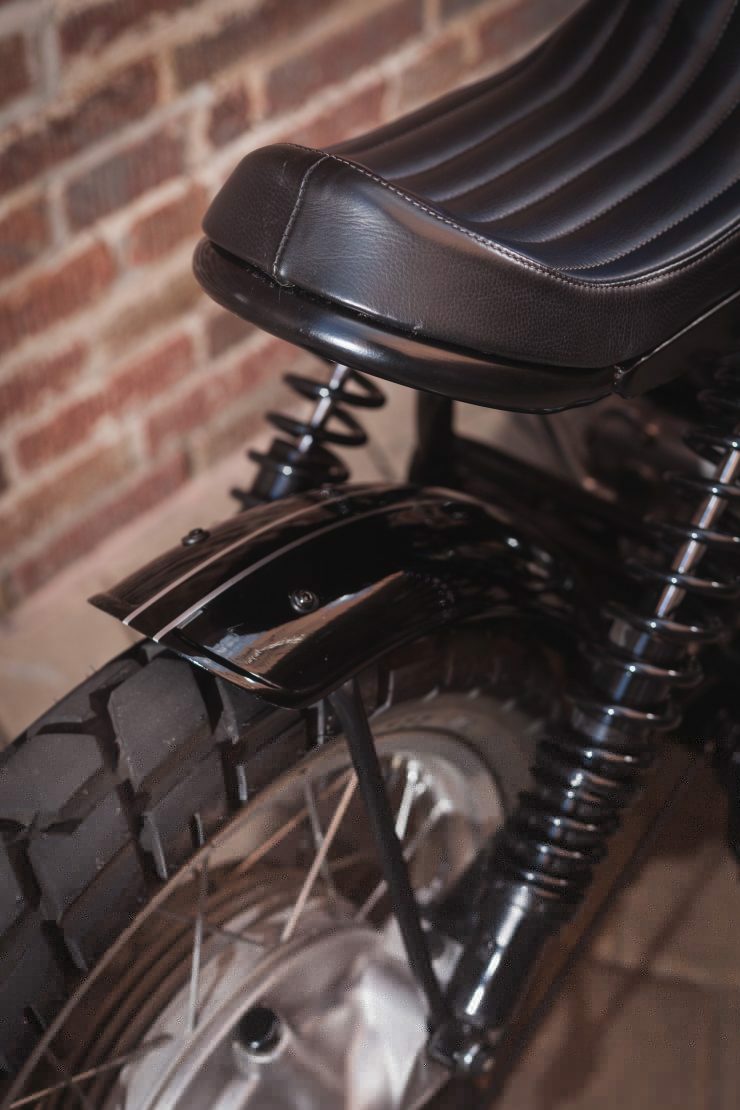 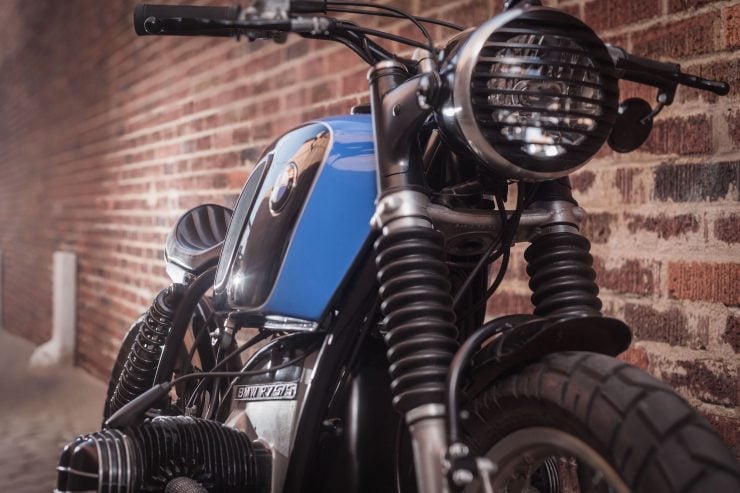 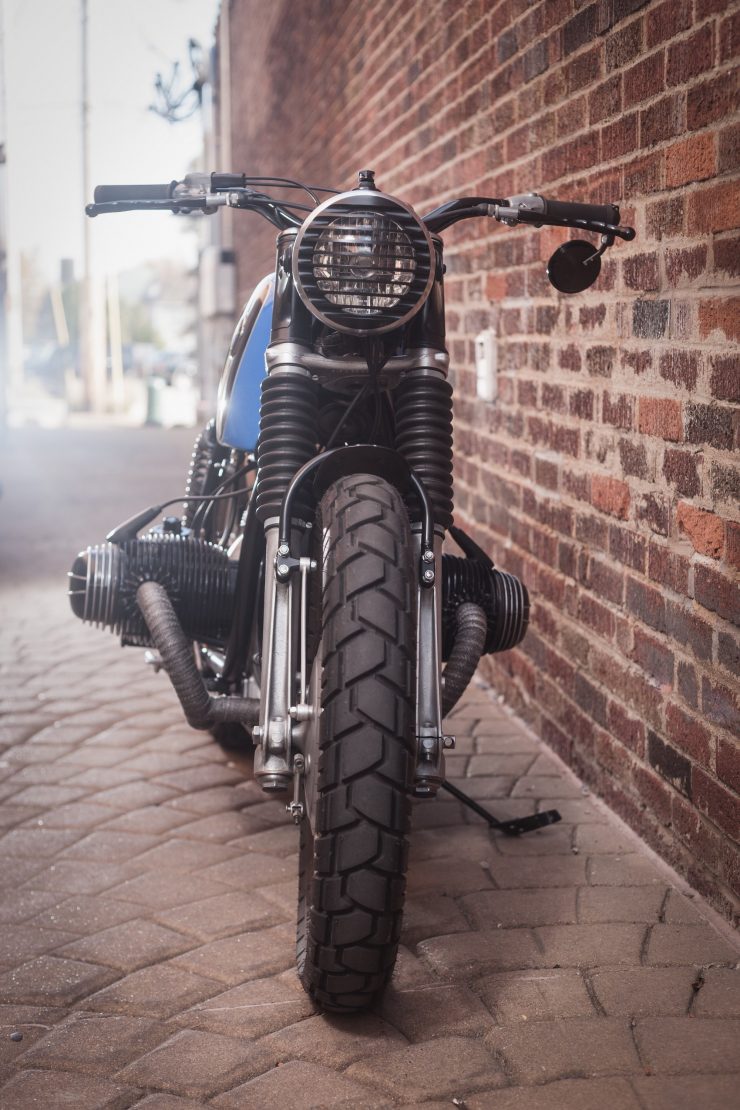 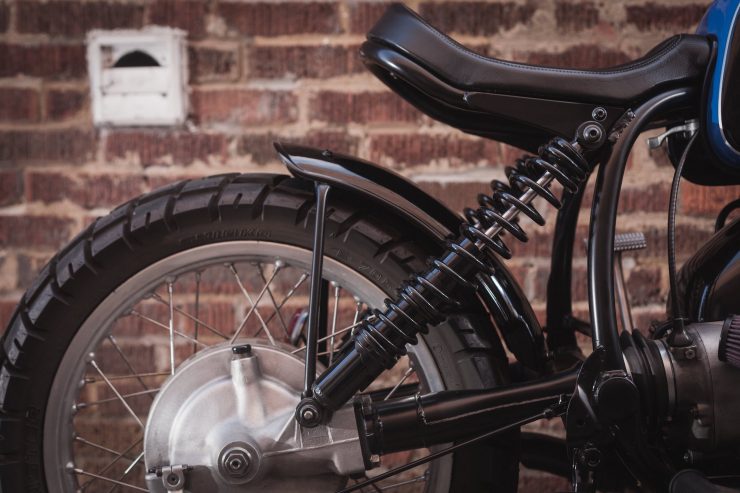 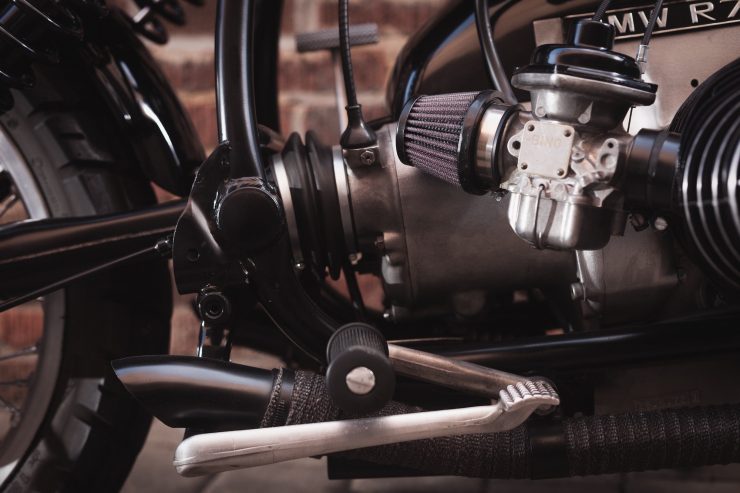 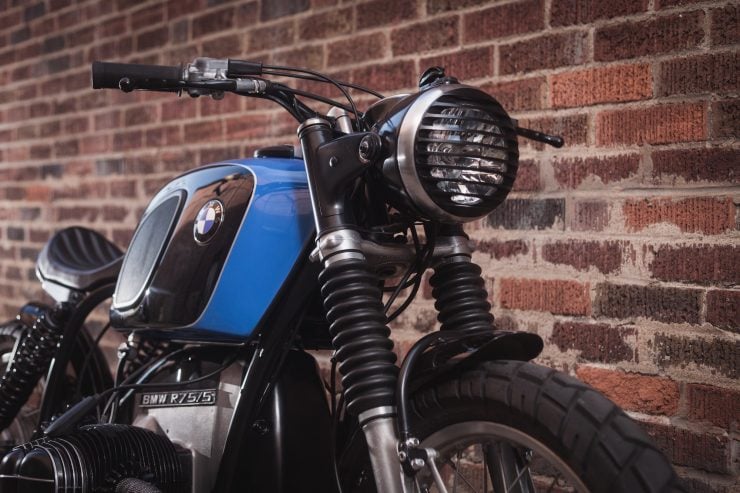 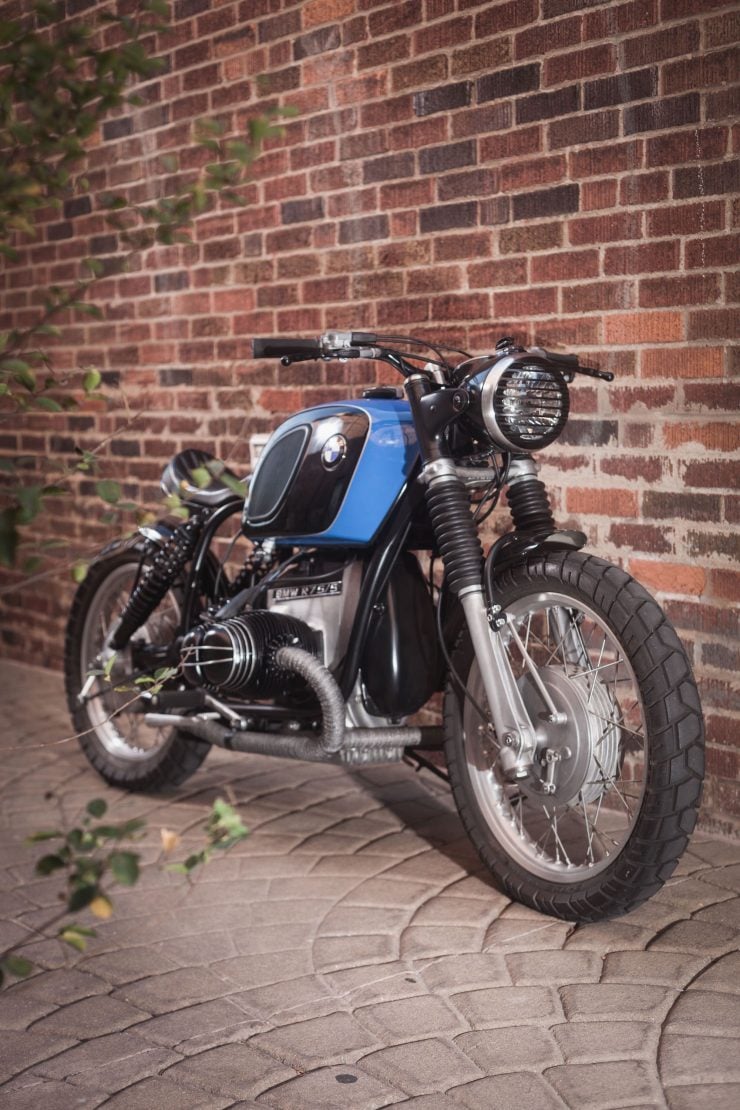 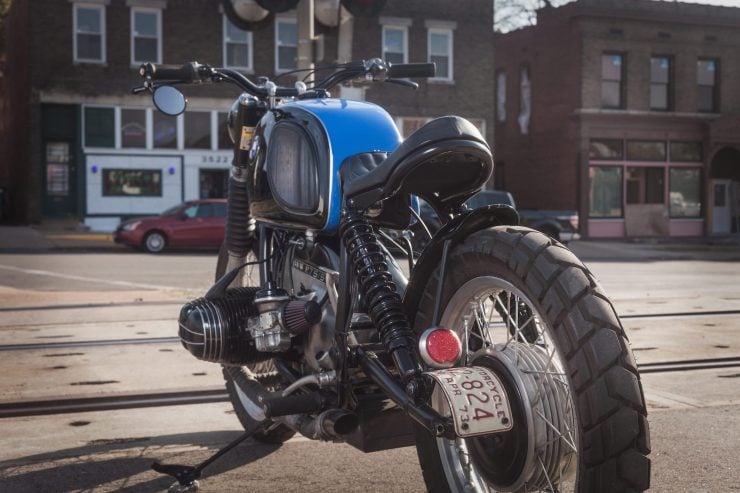 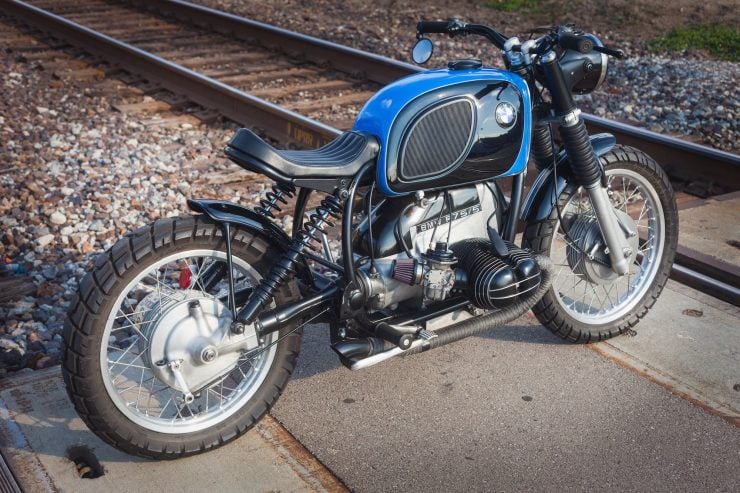 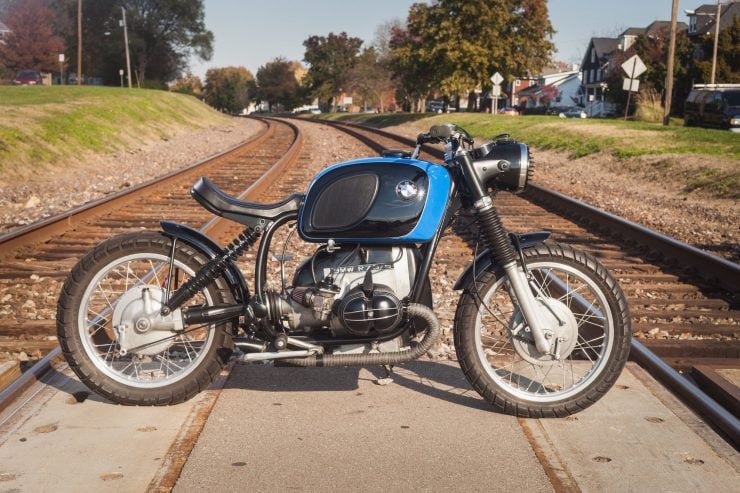 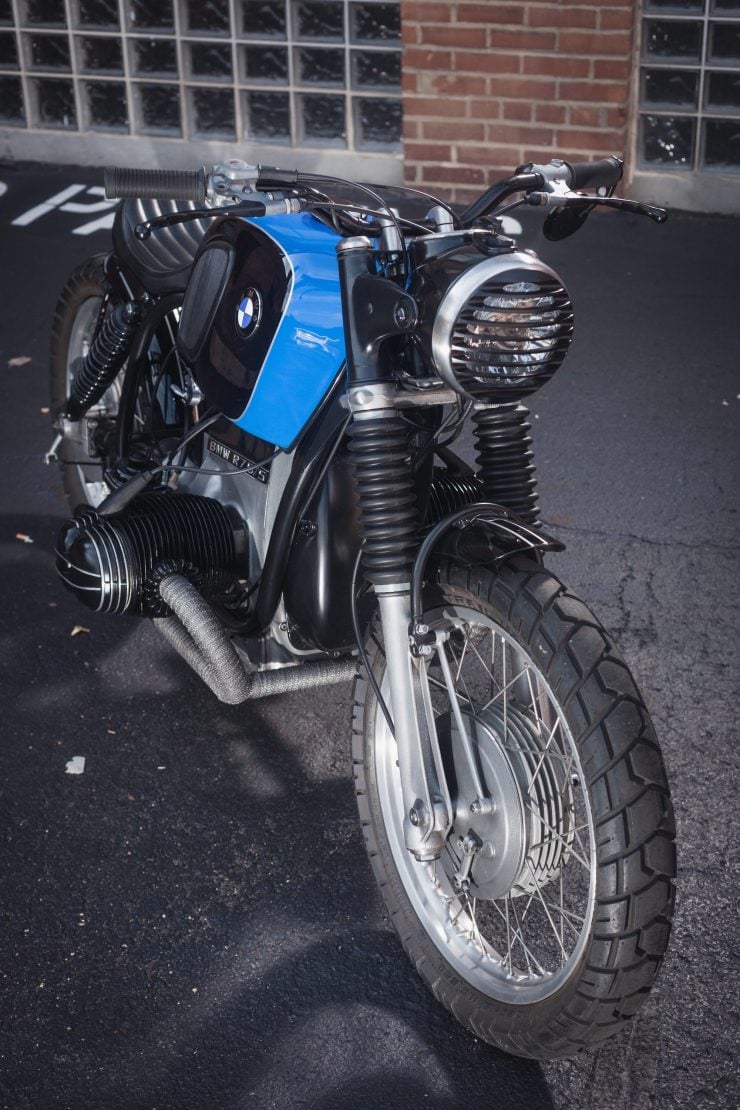 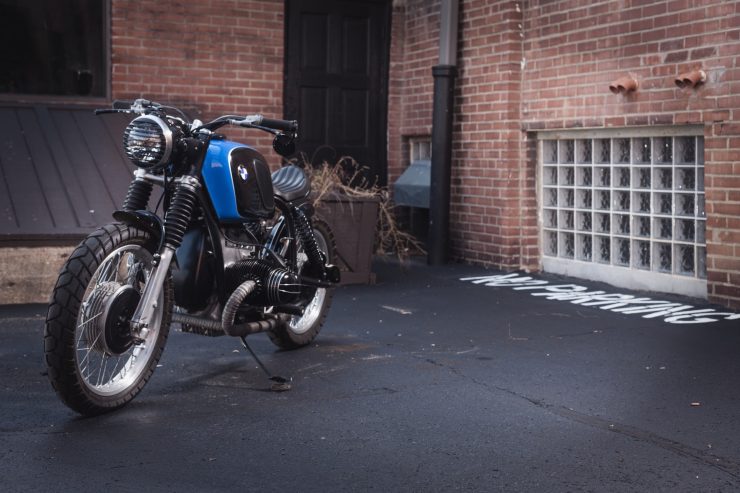