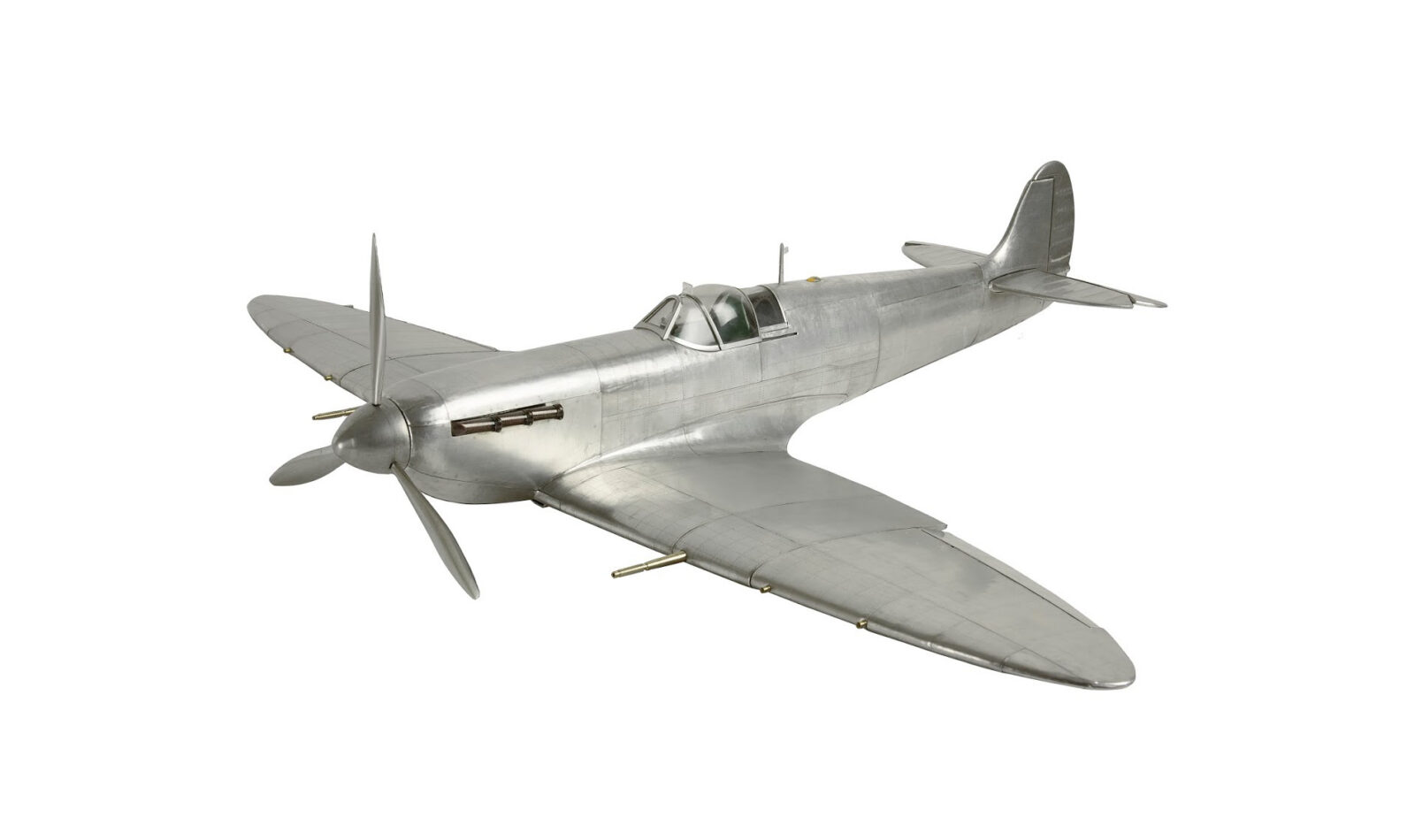 This aluminium Spitfire model measures in at 60.5cm long x 75.5cm wide x 17cm high, and it’s been designed to either sit on its own retractable landing gear, or be mounted on a metal plinth (supplied).

The model has a fully detailed cockpit with a sliding canopy, intricately detailed rivet stamps across the wings and fuselage, it has all the right guns and cannons, a 3-blade propeller, and a working rudder, ailerons, and elevators. 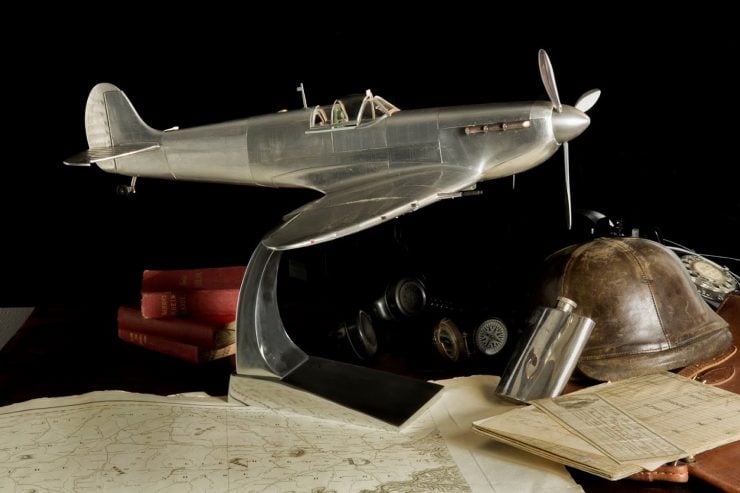 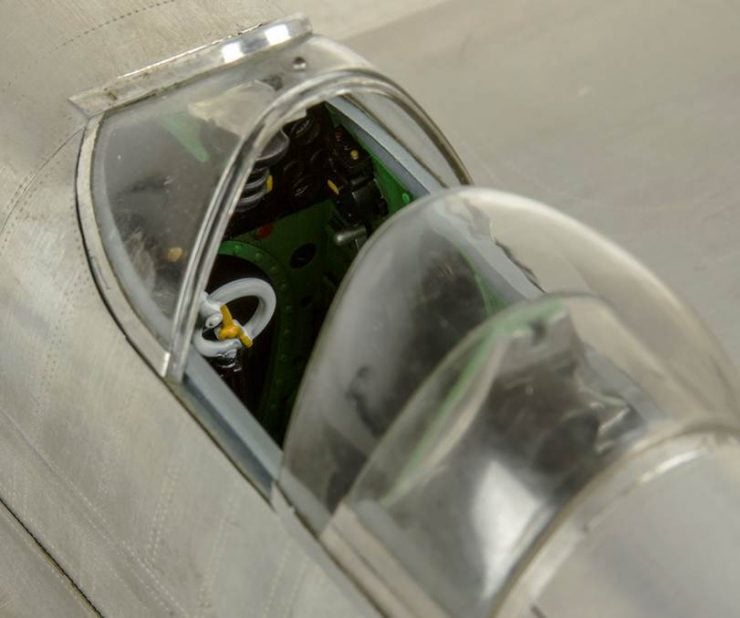