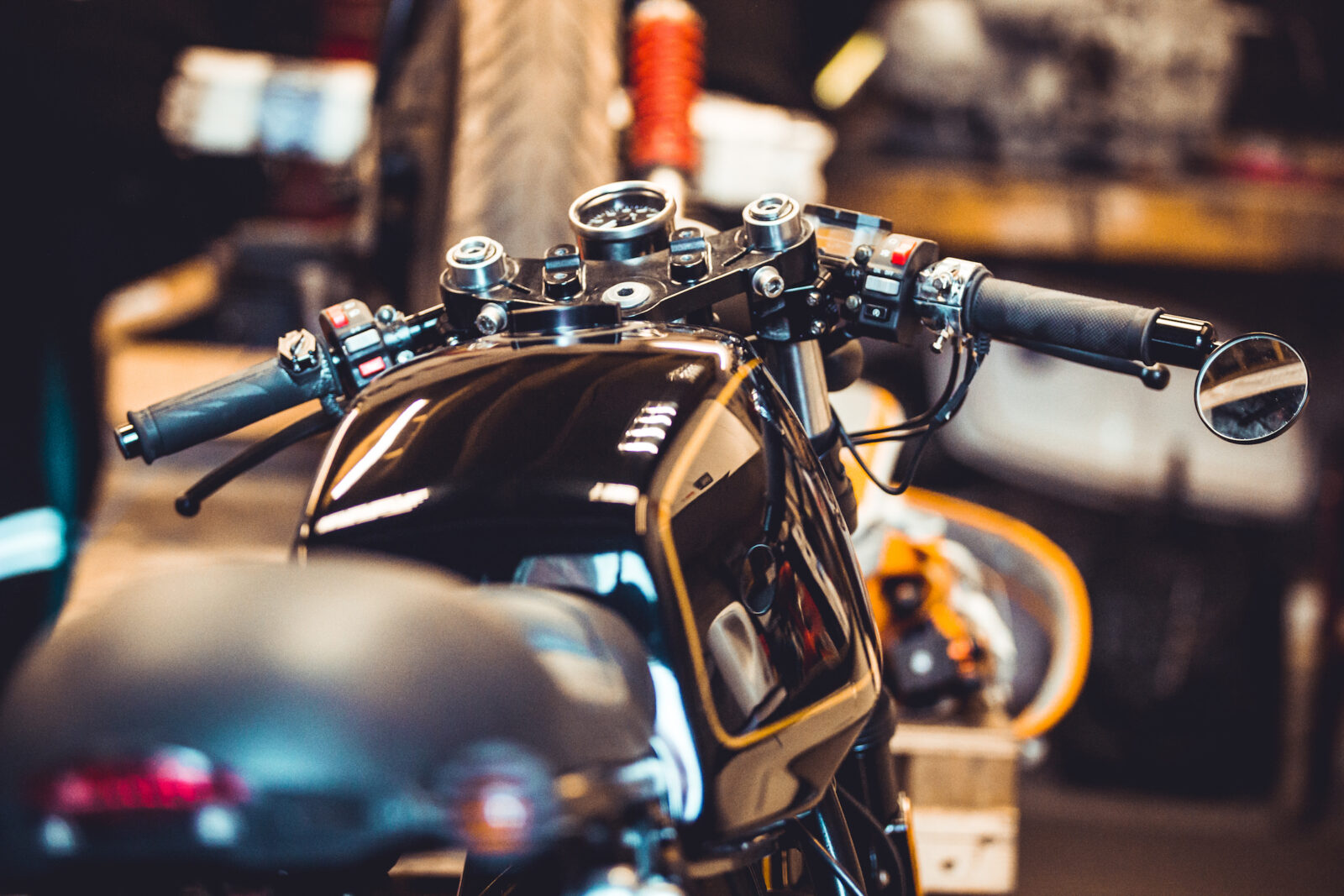 This BMW R45 is the work of a Scottish custom motorcycle garage based in Perth, on the east side of the country famous for whisky, haggis, and being so vicious in battle that the Romans gave up on conquering their territory and built a wall to try to contain them.

It’s always interesting when Scots build bikes because they’re a people who don’t tend to like unnecessary embellishments or functionless ornamentation. When Scots build a custom motorcycle it’s usually solidly built, very capable, and designed to be ridden, not just looked at from afar.

The Team at JM Customs

JM Customs was originally founded by James Moir, an oil and gas industry specialist who’s always had a deep love for motorcycles, design and fabrication.

It wasn’t long before James was too busy to do it all himself, so he brought on Chris Burnett as lead mechanic, a man with years of hard-earned experience as a specialist motorcycle mechanic who can do engine pulldowns with his eyes closed and tune carburetors by glancing at them from across the room.

The BMW R45 was introduced in the late 1970s as a mid-weight model with a lower kerb weight, sharper styling, and more approachable price tag. It proved popular with both new riders and commuters thanks to its reliable horizontally-opposed Boxer engine, its solid frame, low center of gravity, and excellent fuel economy.

BMW built almost 30,000 of them over the course of the production run, and many of them are still on the road today thanks to their toughness and cult classic status. In more recent years custom motorcycle builders have favored the model because of its tune-ability and rugged build quality. 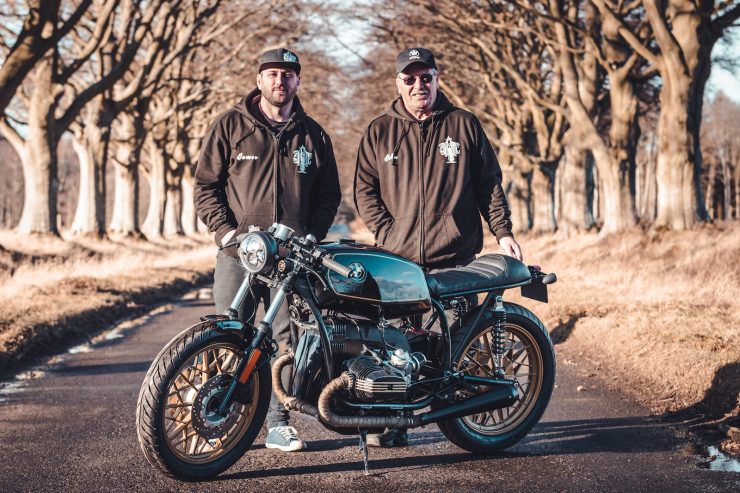 The BMW R45 you see here belongs to a Scot named Steve who came across JM Customs on social media and loved the look of the bikes they were building. As it happens, Steve had an old BMW R45 that had been sitting in his garage for years. He contacted James, and the two men came to a gentleman’s agreement to get the trusty old Beemer back on the road.

Once the R45 had been rolled into the JM Customs workshop, the project began with a full teardown and inspection. Surprisingly the bike was in solid shape despite its age.

It was decided early on that a John Player color scheme would be used – black and gold hues that’ll be immediately familiar to any fan of Formula 1 history. The original BMW wheels where powder coated gold, with the frame, engine, lower fork legs, and swing arm all painted or powder coated black.

The fuel tank was sent off to local painter Ross Sinclair to be colored black, with gold pin striping around the perimeter edge.

The goal was to create a solid mid-weight cafe racer, so the frame was de-tabbed and all non-essential parts were removed for weight savings. The original battery and battery box was removed and a new box was fabricated in-house, then fitted with a lightweight lithium-ion unit.

A set of clip-on handlebars were fitted up front along with new levers, heated grips (important in Scotland), modern switch gear, and a new minimalist speedometer. The front fender was chopped down, and just below it the original brake rotors were swapped out for newer replacements paired with new pads.

The original seat was far too bulky so it was replaced with a new unit built in-house, with a new seat pan, custom cut foam, and upholstery done by local shop Creative Upholstery. The original headers were kept and fitted with a new set of mini-mufflers that give the bike far more bark, and the pipes were strapped up with heat wrap.

The completed bike is a masterclass in minimalist modern cafe racers, and an excellent example of a proper Scottish custom motorcycle. If you’d like to see more from JM Customs you can follow their Facebook Page here, or follow their Instagram here. 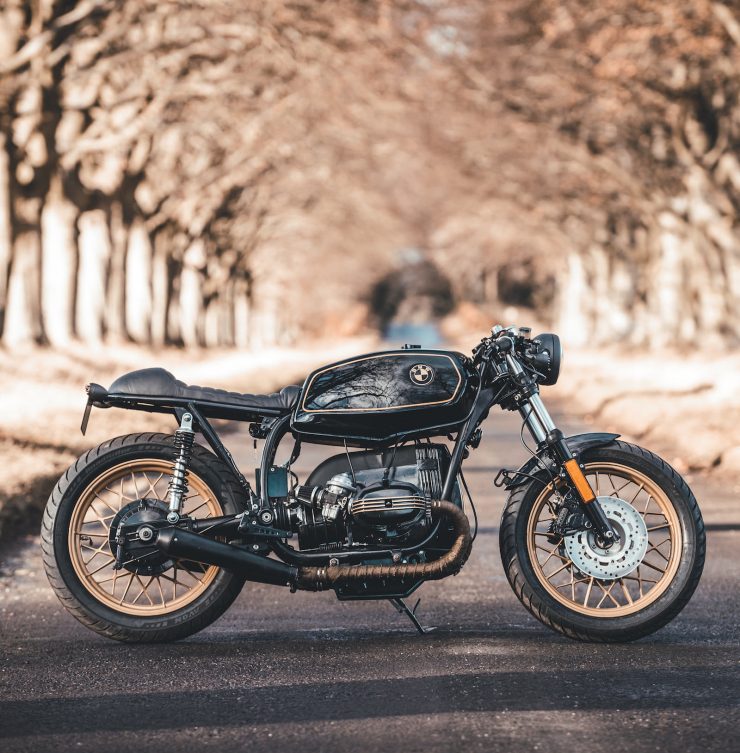 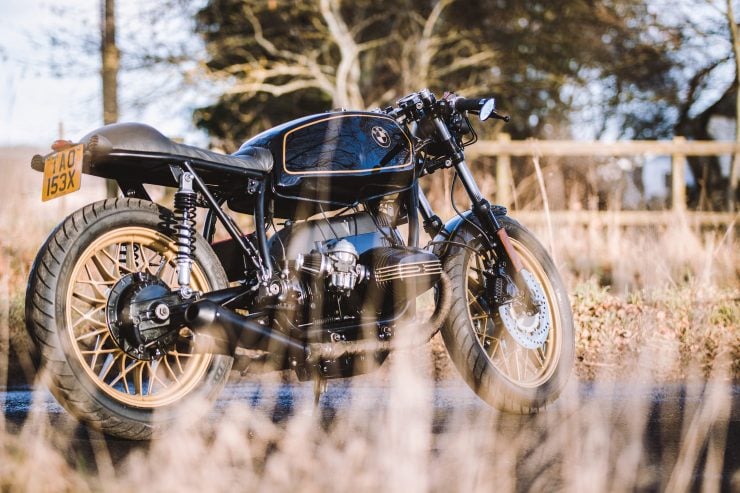 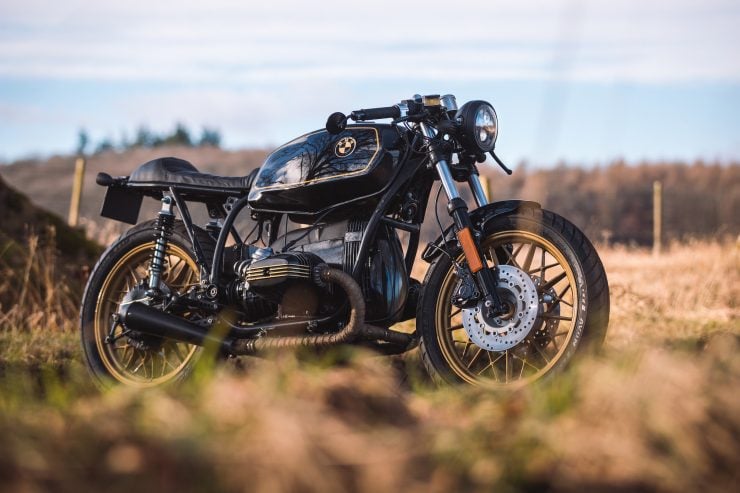 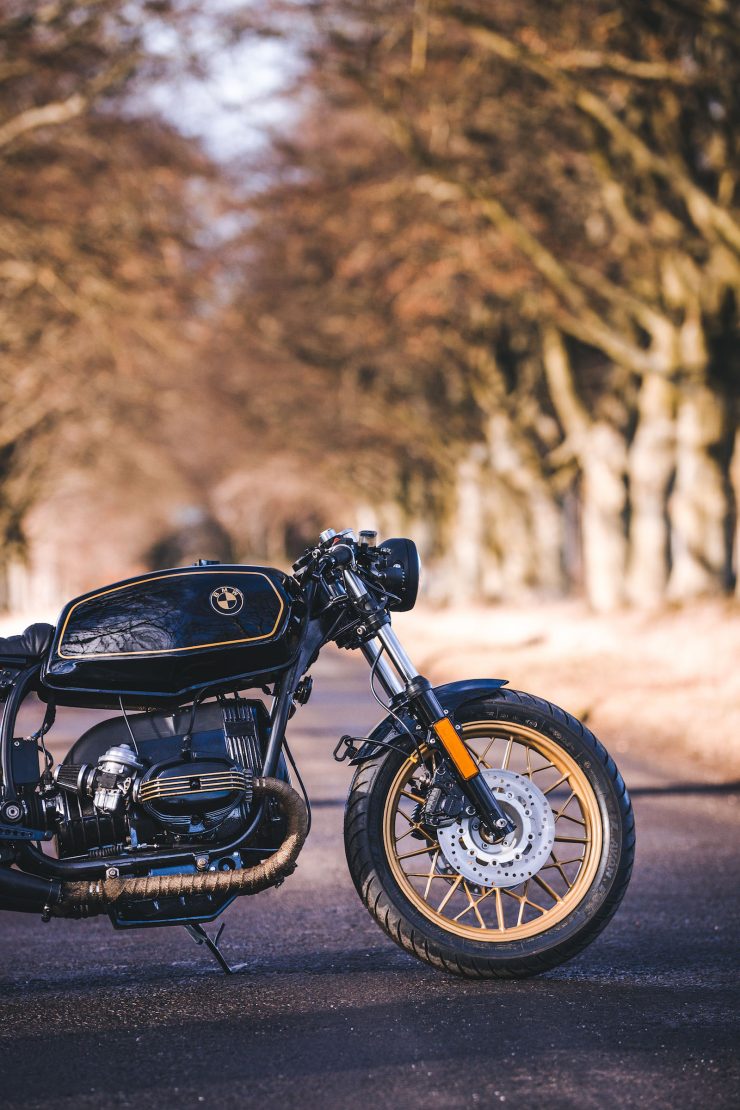 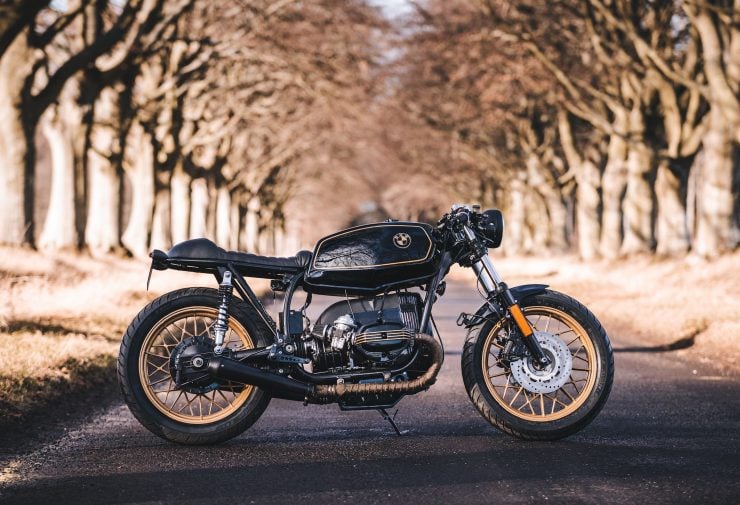 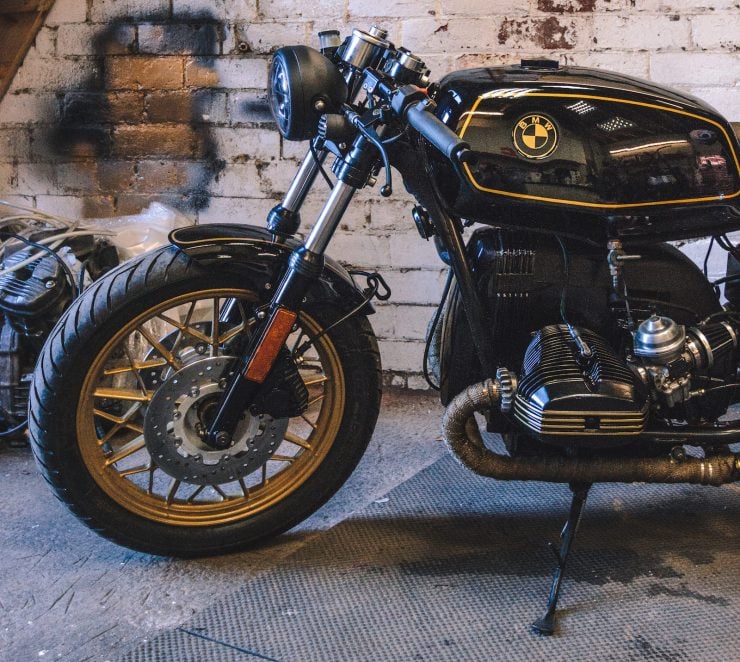 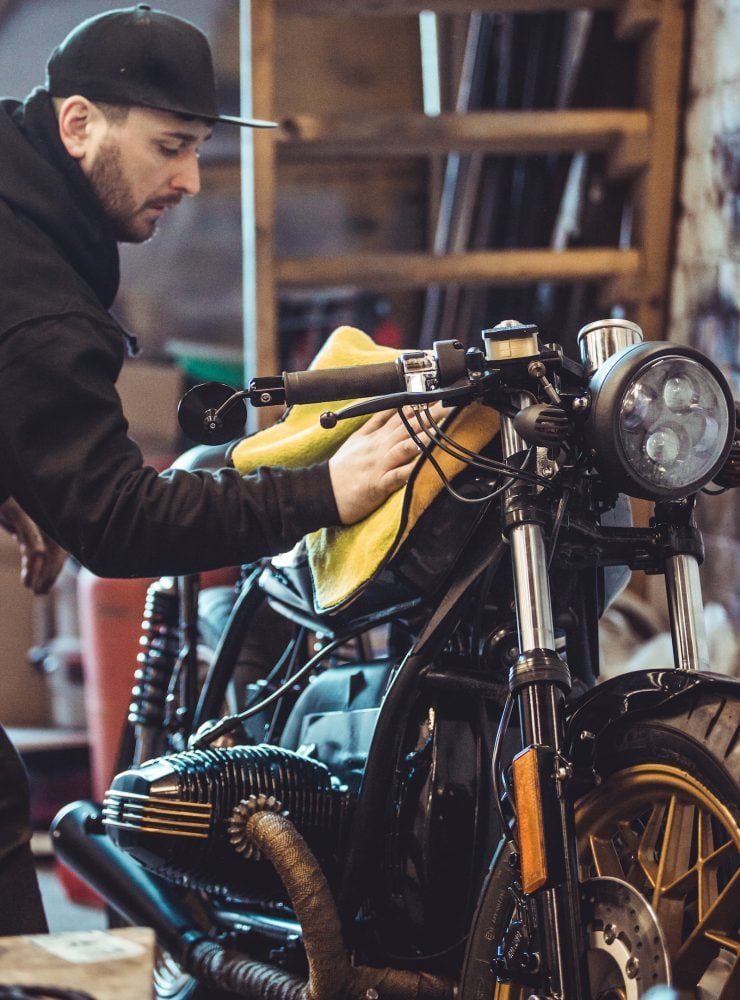 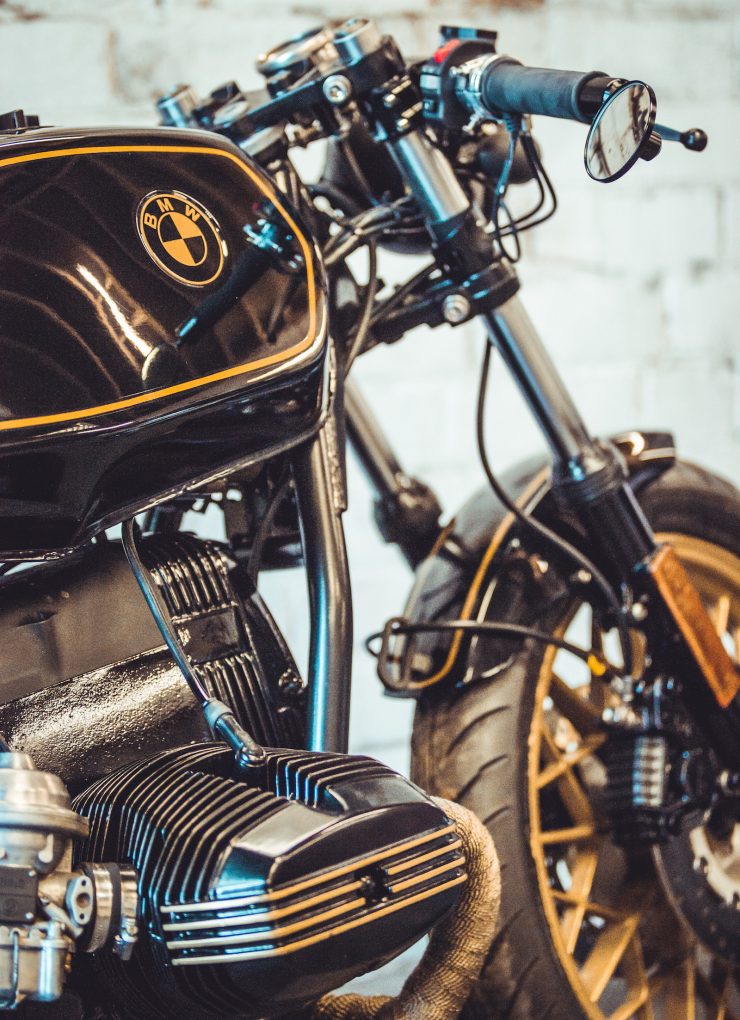 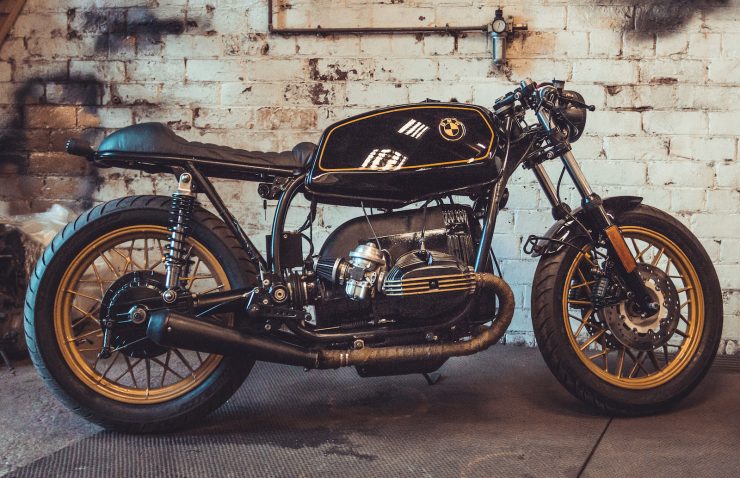 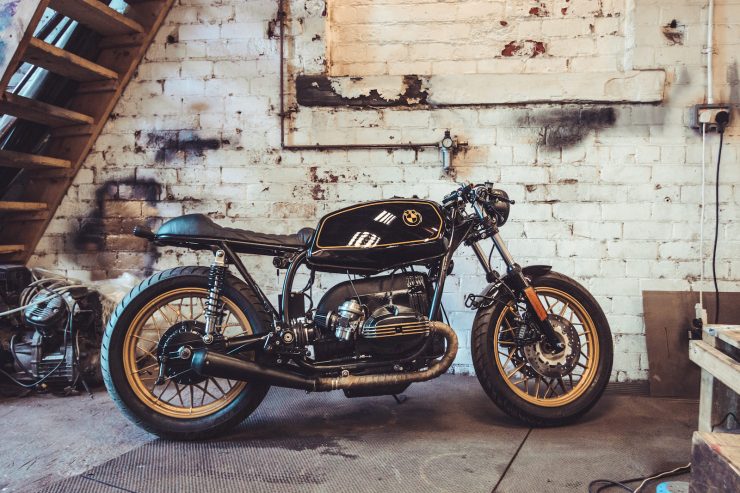 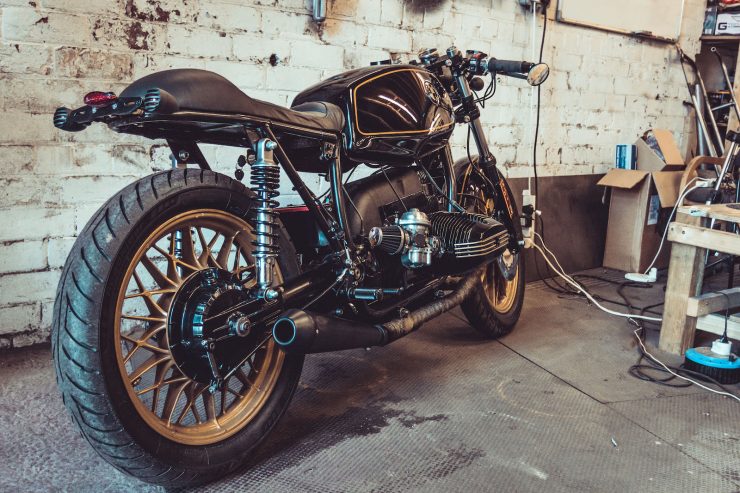 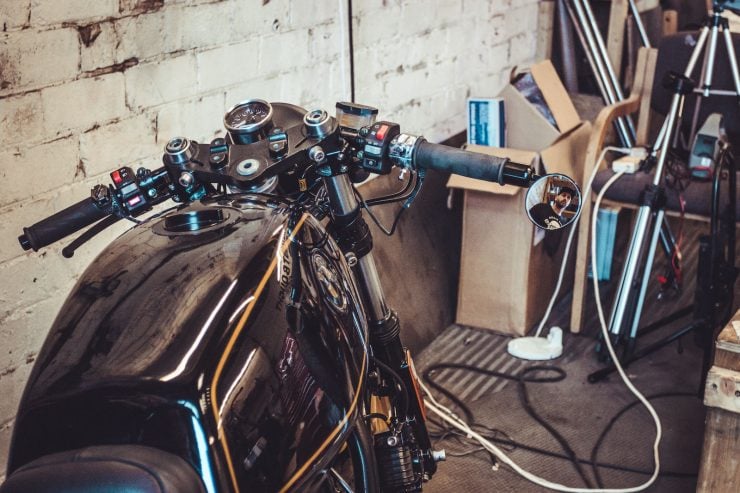 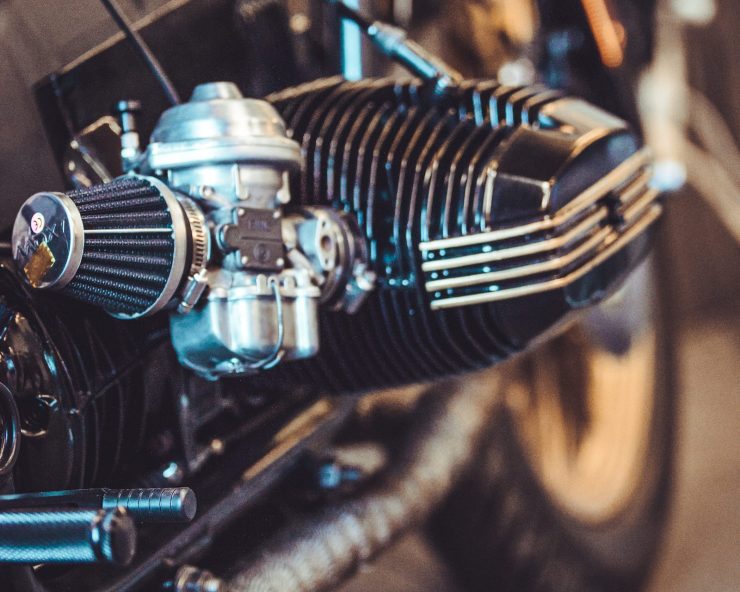 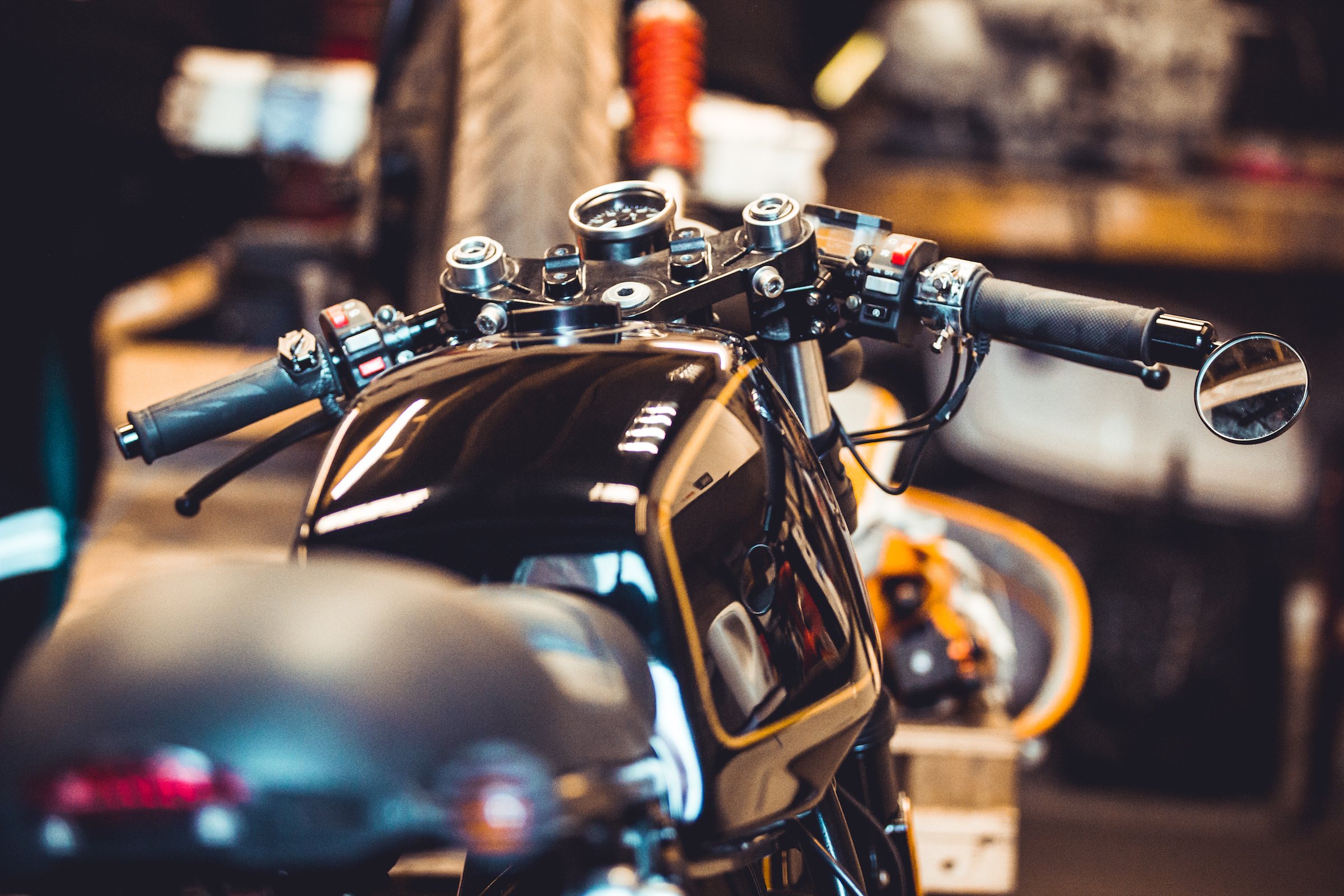