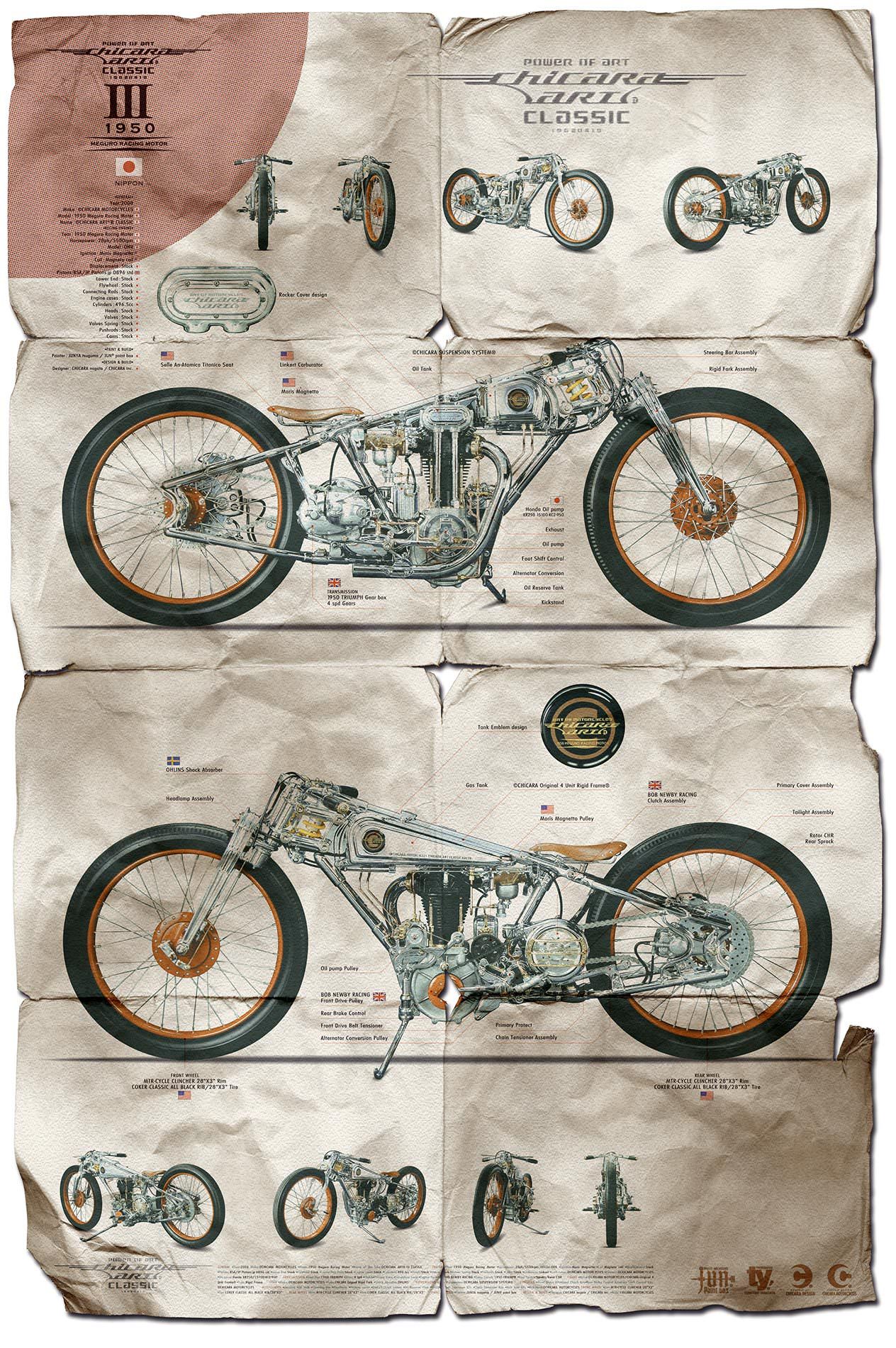 Chicara Nagata is one of those Da Vinci types who’ll never be a household name because instead of painting moderately attractive smirking Italian housewives he builds motorcycles, and sadly that just doesn’t have the same mainstream, Louvre-friendly appeal.

Nagata lives in the Saga Prefecture on Kyusyu Island in the Southern part of Japan, he’s a graphic designer by trade and has 30 years experience, making him one of the most sought after designers in southern Japan. His passion is hand building motorcycles and as you can see above and below, he has quite a knack for it. Astonishingly he spends between 5,000 and 7,000 hours per creation, none of his designs are sketched or modelled in CAD – he does it all from his head.

“I do not have an expensive high level machine. I do shave, sheet metal, welding and metalworking using a hand tool. It takes about 5000 to 7000 hours to make one motorcycle.” – Chicara Nagata

If you’d like to read an excellent interview with Chicara Nagata click here to visit our friends at MegaDeluxe, it’s well worth the trip. 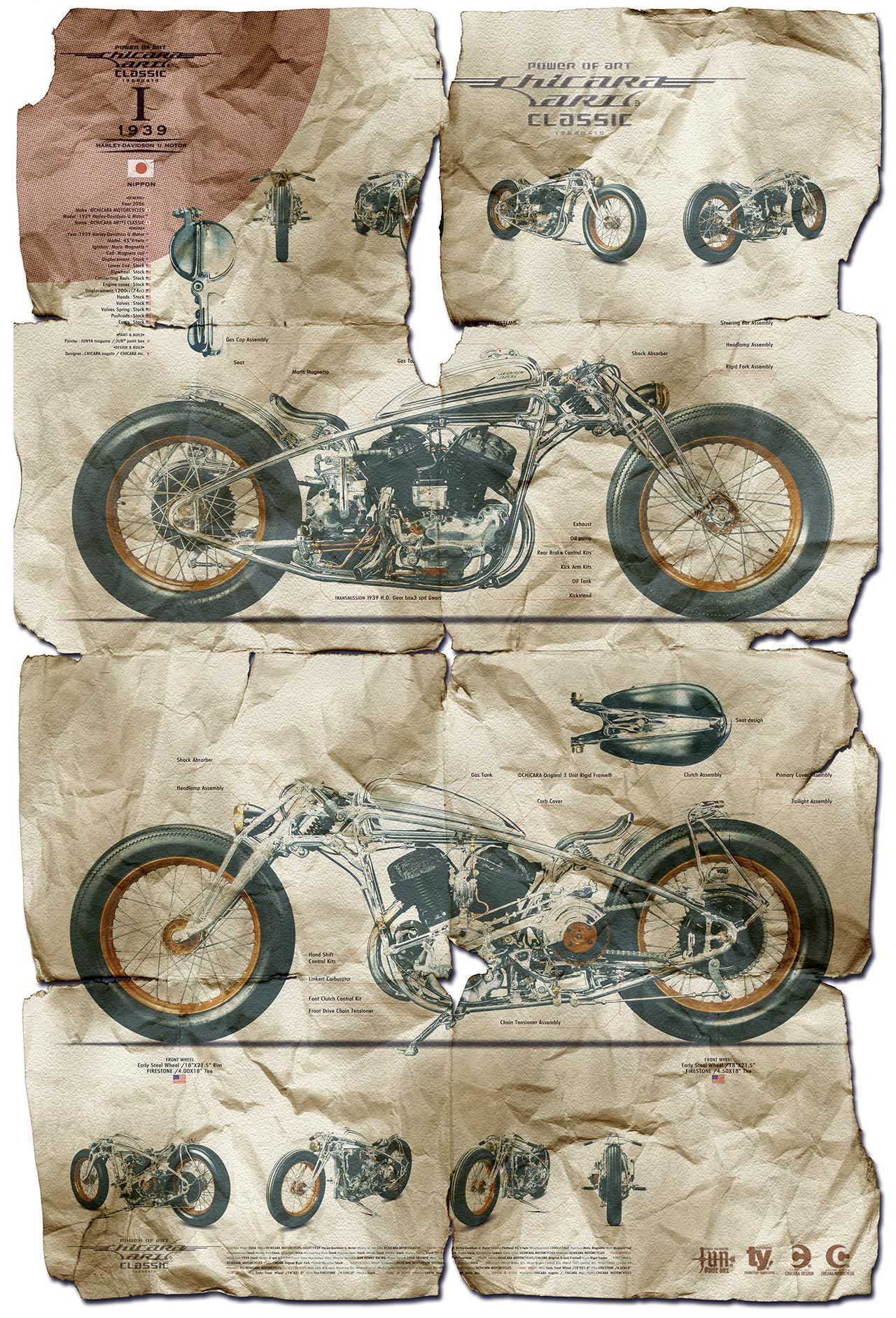 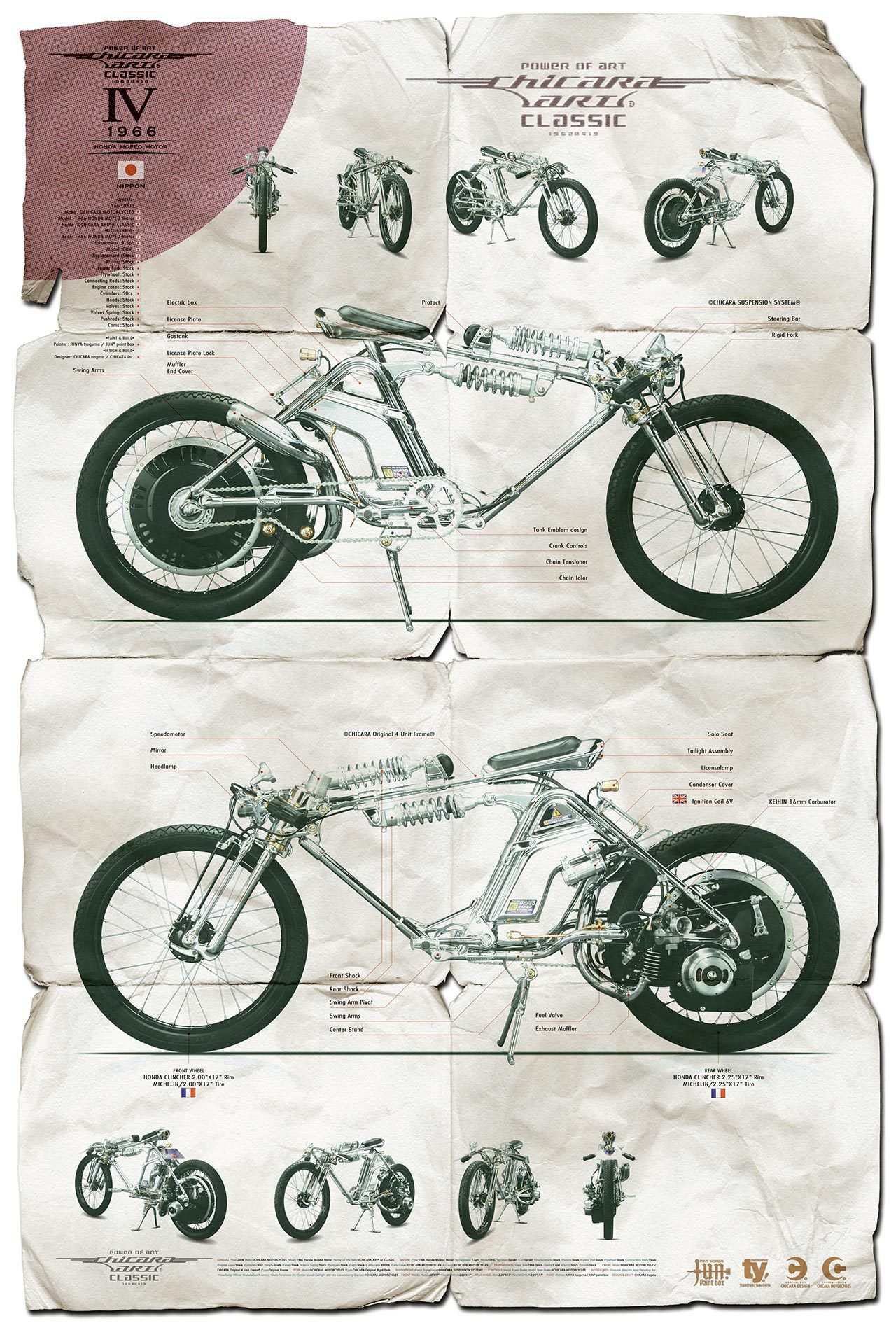 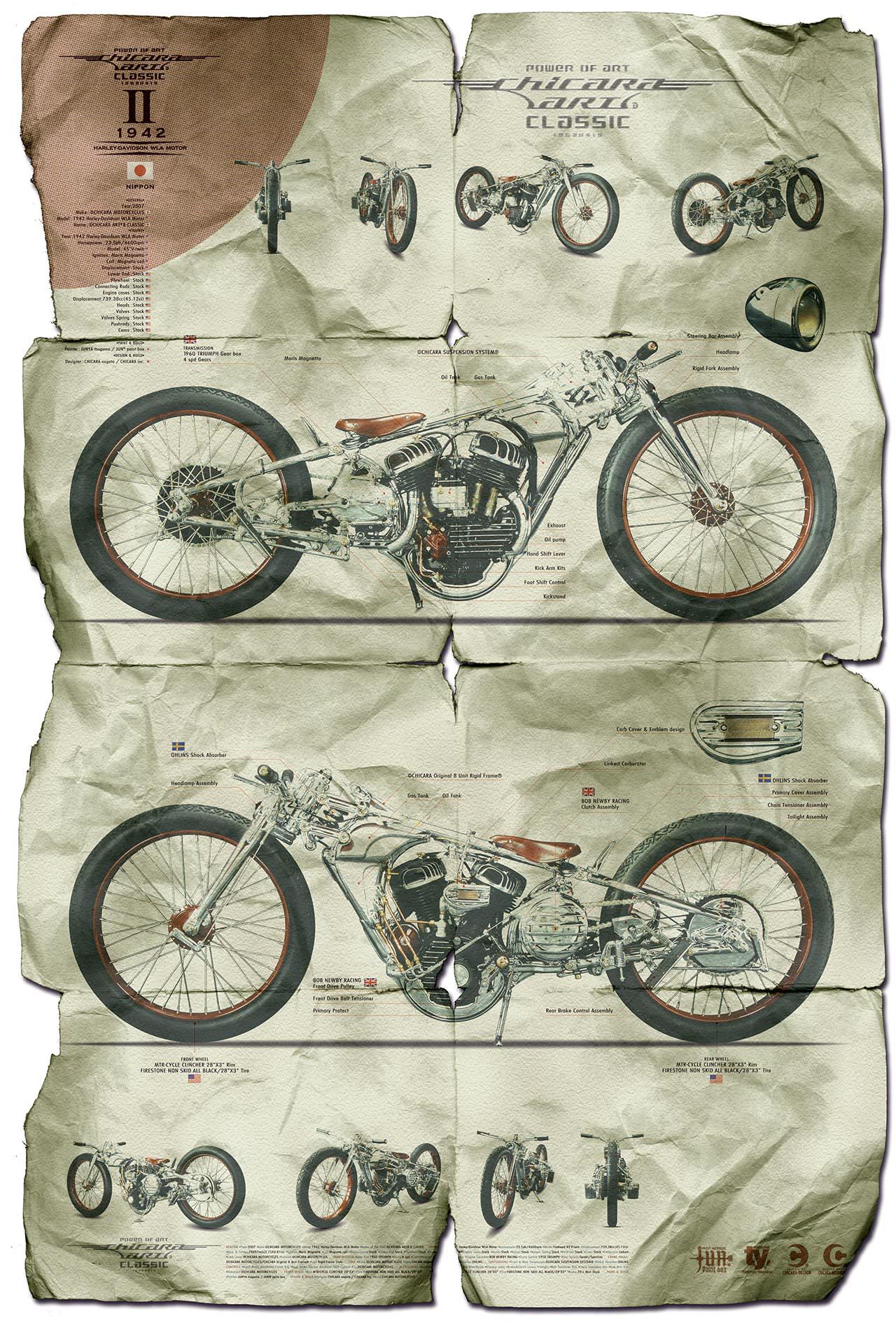 Published by Ben Branch - May 4th 2013
Related Posts
For Sale: A Set Of Pistons + Conrods From A Russian Vedeneyev M14P Aircraft Radial Engine

This is a full set of pistons and conrods from a Russian Vedeneyev M14P aircraft radial engine, they’re fully assembled and the whole lot is available…

The Kawasaki Ninja ZX900, also known as the Kawasaki GPZ900R, will probably always be best known for being the motorcycle ridden by Tom Cruise in…

This is the new Trevor DTRe Stella, an electric dirt tracker from Belgium that produces 260 Nm (or 192 lb ft) of torque at the…

Although you may not know it at first glance, the Royal Enfield Classic 500 has a fantastic ’60s style trials bike hidden underneath its respectable looking…